Rose never returned to Mayberry, but she popped up on Happy Days! 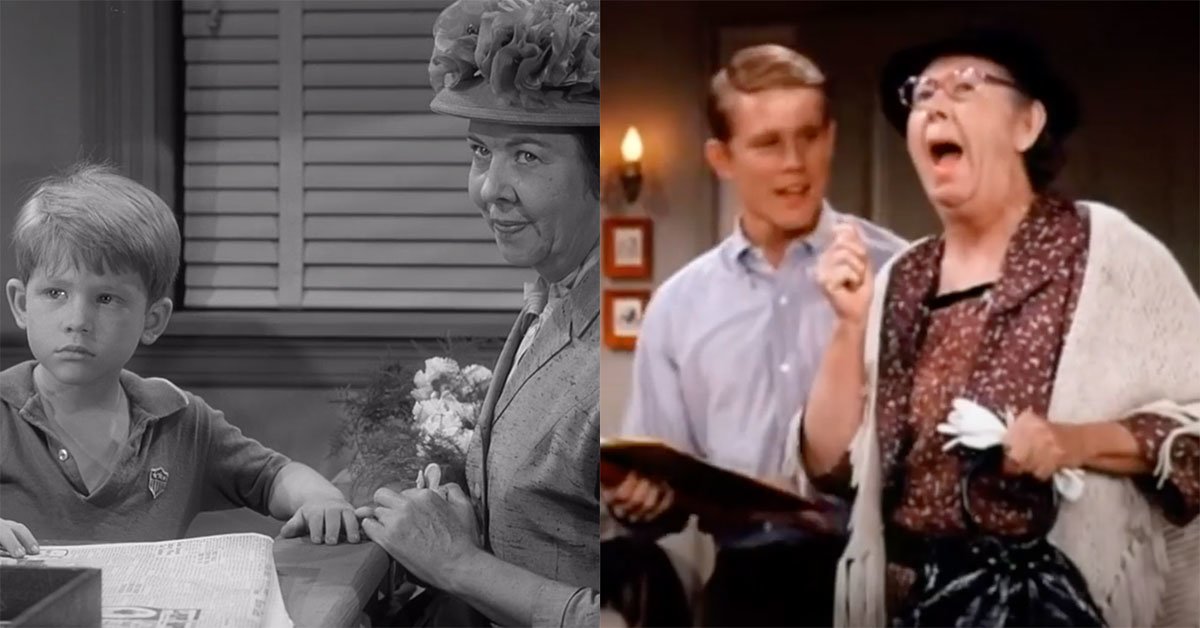 One of the cruelest truths in the history of The Andy Griffith Show arrives in the classic series' very first scenes. As Opie watches his beloved housekeeper Rose getting hitched, he cannot contain an outburst that ends with Rose gently promising she'd come back to visit often.

Only Rose never came back. Fans of the show who rewatch the episodes recognize this promise as empty words.

To be fair, though, Opie didn't really seem to be bothered much by Rose's absence once he and Aunt Bee started getting along so well.

The actress who played Rose, Mary Treen, did make it back to Mayberry. She just snuck back as an entirely different character for two first-season episodes.

In "Ellie for Council" and "Those Gossipin' Men," we are reintroduced to Treen as a Mayberry resident named Clara Lindsey, one of those "gossipin' women" who hangs around Walker's Drugstore. (Just be a good audience member and forget you saw her as a prominent dramatic character in the premiere.)

Treen had a prolific career as a prominent character actor, and her last appearance on The Andy Griffith Show was in 1961. After that, we did see her again as a housekeeper more than a decade later, only for a very different classic TV family.

With Treen filling in for Alice on The Brady Bunch in a 1972 episode called "Goodbye, Alice, Hello," the plot reads a little like the reverse of The Andy Griffith Show's "The New Housekeeper." 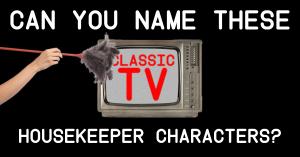 Can you name these housekeeper characters from classic sitcoms?

In that Brady Bunch episode, Alice is replaced by a new housekeeper played by Treen, only to eventually return to the family she loves. That's what Opie wished would have happened in The Andy Griffith Show premiere!

Then, three short years later, we finally saw Ron Howard and Mary Treen back under the same roof in yet another classic family sitcom.

In the Happy Days episode "Howard's 45th Fiasco," Howard Cunningham is experiencing a mild mid-life crisis when his 45th birthday comes around. This is only made worse when his family decides to turn his birthday into an evening celebrating Mr. C by creating an experience similar to This Is Your Life. The Cunninghams bring in a parade of people to talk about Mr. C  at different points in his life.

Richie serves as host, introducing each special guest, and among them is a teacher named Miss Prism, who we're told was Howard's third-grade teacher. This is the moment when we see Howard and Treen reunite, with Howard's arm around Treen, guiding her into the room after accidentally bonking her on the nose by opening the door with too much forceful enthusiasm.

Levity was what Treen was best known for as a character actress, which is funny because many classic TV fans might best remember her as a rather prim and proper character who abandoned her post as Opie's caretaker.

Acting across from Ronny Howard, Treen's full range is on display when watching the actors share both their memorable first goodbye and their eventual silly reunion. The Mayberry spirit seemed to remain with Treen throughout her career, as she once explained how she managed working around so many celebrities: "I like people and always go out of my way to get along with everyone." 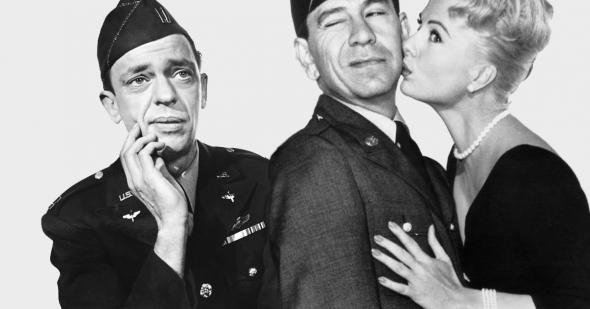 Did you know?Movies1960s
Don Knotts starred in a flop comedy from Dragnet creator Jack Webb

newsnostalgia
The direct-drive turntable turns 55 years old
Are you sure you want to delete this comment?
Close

waneki03 30 months ago
I will have to watch again I missed that! I know goobers girlfriend that worked the gas station come back on the reunion episode when Thelma Louis got married and broke Barney's heart.
Like Reply Delete

Wiseguy 31 months ago
"Only Rose never came back. Fans of the show who rewatch the episodes recognize this promise as empty words."

Unless they specifically mentioned in an episode that she never returned (which I doubt) we don't know if she returned or not. We only see so many events in the characters' lives in a season. Many times in a series an episode is written about something that happened during the series which we didn't see. I'm sure Captain Kirk went to the bathroom on Star Trek occasionally but we never see it.
Like (2) Reply Delete

Jon 31 months ago
Mary Treen had a small part in 'It's a Wonderful Life" as Cousin Tilly, a relative of all the Baileys. She also appeared in the premiere episode of LAVERNE & SHIRLEY as Nana Shotz.
Like (1) Reply Delete

Lillyrose 31 months ago
"Goodbye, Alice, Hello" is one of my favorite Brady Bunch episodes!
Like Reply Delete

whalestooth 31 months ago
Can’t get the app to play any shows. Not happy
Like Reply Delete

bsantaniello 31 months ago
Just watched a very young Mary Treen in Casanova Brown with Gary Cooper and Theresa Wright. She may not have been a leading lady but she sure was in a lot of movies!
Like (1) Reply Delete

DIGGER1 31 months ago
Here is a complete "IMDb" bio of Mary Treen's life and T.V. and film career, if anyone here is interested in learning about it.
https://www.imdb.com/name/nm0871695/?ref_=fn_nm_nm_1
Like (1) Reply Delete

Pacificsun 31 months ago
Mary Treen's IMBd is interesting. Appeared in 64 episodes of The Joey Bishop Show (62-65). She is quoted as saying:

"I'm very proud to be able to work with stars, but I've never wanted to be one. They are nearly always driven, ruthless people and, I suspect, terribly unhappy basically.
I think those who've employed me have also enjoyed me. I like people and always go out of my way to get along with everyone. And I don't seem to threaten anyone - even the glamor girls, and they're the toughest to please."
Like (4) Reply Delete
Load previous comments

cperrynaples MrsPhilHarris 31 months ago
I assume you mean Madge Blake, and you're correct!
Like (2) Reply Delete

MrsPhilHarris Pacificsun 31 months ago
I so agree.
Like Reply Delete

daDoctah Pacificsun 30 months ago
Her character on the Joey Bishop Show makes her one of the few actors to have been a regular on a show that became black-and-white *after* it had been in color. The series was canceled by NBC for low ratings at the end of its third season, but was picked up by CBS the following year which was still airing some shows in black-and-white.

The characters even address the change of network in-show by rejoicing that another network has picked them up, which quickly turns to lament when they realize they're now going to be on opposite "Bonanza".
Like (2) Reply Delete