Where To Watch Shop Store Contact
Home / Stories / Betty Jo Bradley had a secret second role in the Beverly Hillbillies universe
Did you know?1960s

It paid to be the daughter of the creator. 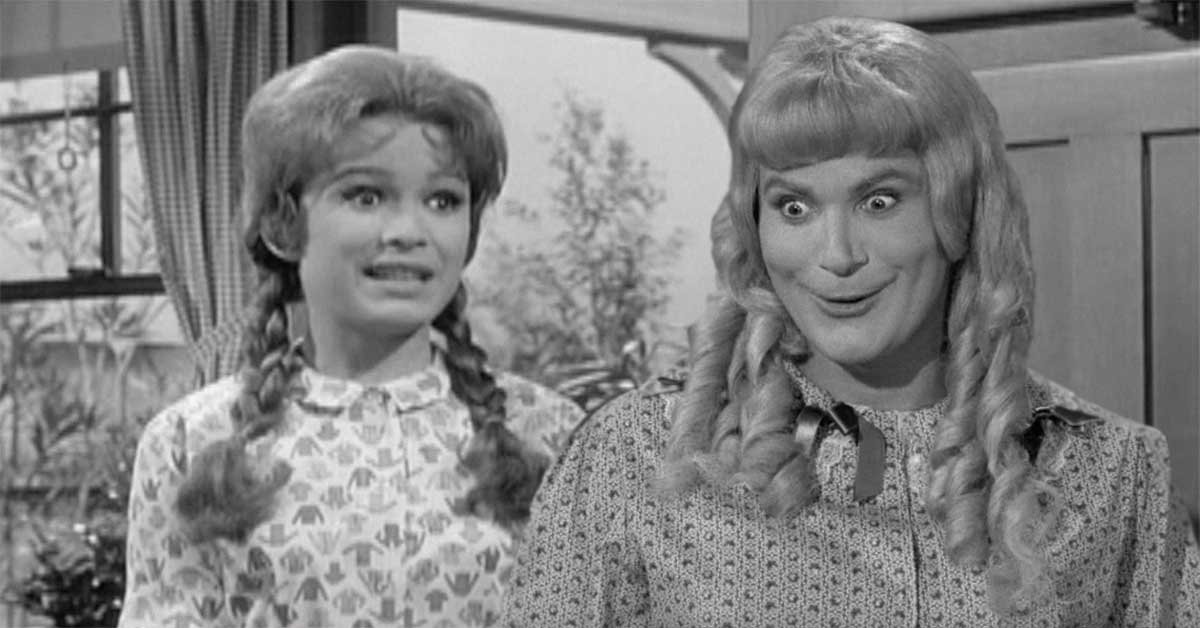 The television world of Paul Henning stretched from the Appalachian Mountains to the Hollywood Hills. The sitcom creator struck gold (well, oil) three times with his beloved hits The Beverly Hillbillies, Petticoat Junction and Green Acres. That trio of smash shows delivered dozens of memorable characters, many of which crossed over from series to series.

Henning's anything-goes brand of homespun comedy included a menagerie of clever animals, like Dog and Arnold, not to mention actors switching roles. Bea Benaderet played both Cousin Pearl Bodine on The Beverly Hillbillies and Kate Bradley on Petticoat Junction. But no role-hopping was quite so silly as Max Baer Jr. portraying both Jethro Bodine and his twin sister, Jethrine Bodine.

Jethrine, as you will recall, was simply Max Baer Jr. dressed up to look somewhat like Little Bo Peep. He slipped into a curly blonde wig and floral dress and hammed it up. The joke was made complete with Jethrine's feminine voice, which was clearly not dubbed by Baer. 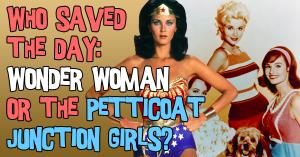 Who saved the day: Wonder Woman or the Petticoat Junction girls?

Henning hired his daughter, Linda Kaye Henning, to give Jethrine her voice. At the time, in 1962, Linda Kaye had just one credit to her name, a bit role in a single episode of Mister Ed which aired earlier that year. She would voice Jethrine in 11 episodes throughout the first season of The Beverly Hillbillies.

In 1963, Linda Kaye's collaboration with her dad leaped to a new level when she joined the cast of Petticoat Junction as Betty Jo, the redhead in the trio of Bradley daughters. Betty Jo played a significant role in the series. She was the one who discovered Dog at the start of season two. Later, after a major ongoing romance, she would marry cropduster Steve Elliott, played by Mike Minor. Henning would go on to appear in more episodes of the series than any other actress, appearing in all but three. (Not to mention, she would marry Minor in real life.)

Alas, despite all the crossovers, Betty Jo and Jethrine never shared screentime. Jethrine disappeared in '63, just as Betty Jo first popped her head out of the water tower. 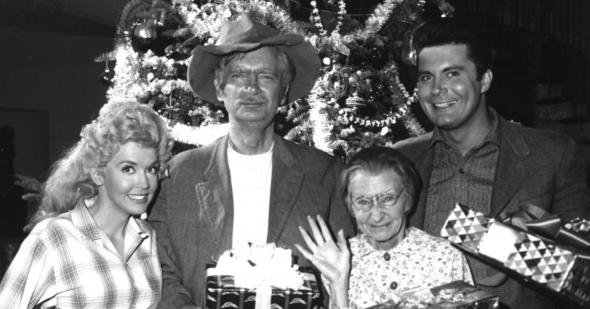 A Very Merry MeTVChristmas1960s
Do you remember all of the Christmas presents given on The Beverly Hillbillies? 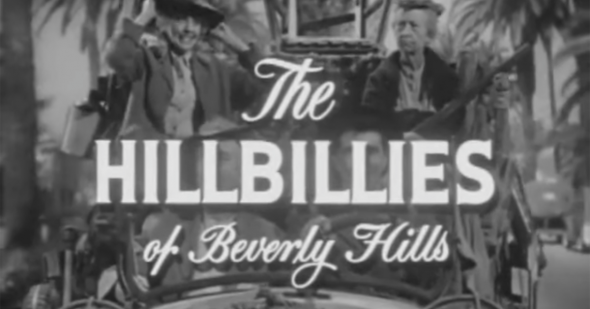 See if you can spot the differences in the unaired pilot of 'The Beverly Hillbillies'
Are you sure you want to delete this comment?
Close

Tim 27 months ago
Jethrine was so cringeworthy, but if I'm honest, I think the whole show was. The Clampetts were just too dumb to be believed and plus there seemed to be endless multipart episodes which made causal viewing impossible.
Like Reply Delete

Brian 43 months ago
As a latchkey kid in the 60s I often had to watch TV reruns (to keep being being bored to death) while performing household chores after school (like folding laundry whilst sitting on the couch). TV networks in the 60s never seemed to rerun black and white TV-show episodes. That's perhaps because TV networks assumed that many folks where now investing in color TVs, and such viewers wouldn't want to watch the older B&W episodes. Consequently, I never saw any of the first seasons of The Beverly Hillbillies. Unfortunately, those are some of the funniest episodes (except for when Jethrine appeared, as that idea was beyond lame). If you think The Beverly Hillbillies isn't good (e.g., same stale jokes again and again), try watching the first coupla seasons when creator Paul Henning had much more to do with the show (e.g., writing episodes, I believe). Jethro's Mom appears, and she kinda-sorta carried The Beverly Hillbillies early on.
Like (1) Reply Delete

harlow1313 43 months ago
I always had a thing for Jethrine Bodine. I am a little disappointed to learn that it was Max Baer Jr. in drag.

stephaniestavropoulos harlow1313 43 months ago
Are you just finding this out, now? Who'd you think was playing Jethrine? Trivia Tidbit: MB did not like dressing up as Jethrine. {Or did you know this, already?}
Like (1) Reply Delete

cperrynaples stephaniestavropoulos 43 months ago
Yeah, I knew Max hated Jethrine! While Betty Jo never met Jethrine, she did share a holiday dinner with Jethro when he visited Hooterville!
Like Reply Delete

KateBaker harlow1313 29 months ago
I have to tell you that cracks me up. My brother had the BIGGEST crush on BoyGeorge and didn't know he was a guy...
I was like "look at the name, Dude..."

You're not the only one. lol. have a great day.