Where To Watch Shop Store Contact
Home / Stories / Partners in Crime featured two of the biggest pin-ups of the 1970s… but flopped
1980sDid you know?TVForgotten TV

A former Wonder Woman and WKRP star teamed up to solve crimes. 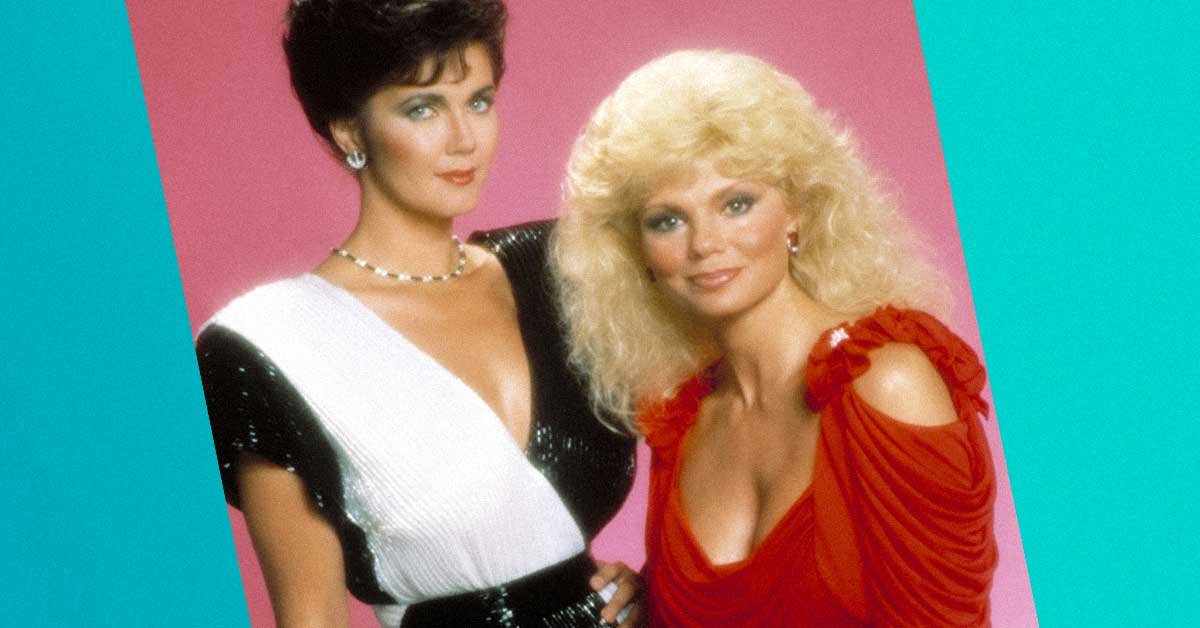 Farrah Fawcett could once be found on bedrooms walls and in lockers across the land. That iconic Farrah poster — you know the one, with teeth gleaming, tossed hair, red swimsuit — sold millions of copies in the 1970s. But the Charlie's Angels star was not alone in poster popularity. Loni Anderson sported a white bikini for another ubiquitous pose. And who could forget Lynda Carter in her golden bracelets and patriotic costume?

Of course, television made these women superstars, with Carter busting bad guys on Wonder Woman and Anderson rocking-and-rolling on WKRP in Cincinnati. The two performers would become icons of the late 1970s.

But few remember that the duo teamed up for another run at television glory in 1984. Their hair and shoulder pads may have been bigger, but the two women maintained their down-to-earth charm. So why did Partners in Crime flop? 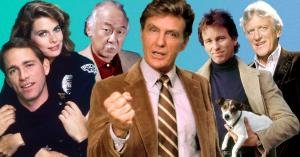 Produced by Carson Productions, the professional shingle of Tonight Show host Johnny Carson, Partners in Crime mixed comedy and action, like so many hour-long series of the 1980s. Carter and Anderson starred as Carole Stanwyck and Sydney Kovack, two ex-wives of a private detective. The P.I. ends up dead, so the exes partner up to solve his murder — and many more. Well, not that many. Partners in Crime only lasted 13 episodes.

It was not for lack of effort. The actors put in work. Anderson learned how to pick pockets, speak 40 words of Chinese and play the double bass (as her character was a musician). Carter portrayed a broke photographer. "Unlike the character I play, I love to spend money and be extravagant," she told People before the premiere in the summer of '84. "I hope I never have to be that thrifty.”

NBC did not do the show many favors in scheduling. The network slotted Partners in Crime at 9PM on Saturday nights, hardly a television hot spot, competing against popular series like The Love Boat and Airwolf.

There was also a little confusion with the title itself. In the fall of '84, PBS also premiered a series called Partners in Crime, a British production from a year earlier with the full title Agatha Christie's Partners in Crime. As The New York Times wrote of the premiere, "Partners in Crime… part of public television's Mystery! series, is very silly indeed. Its efforts to be lighthearted will leave you either slightly giddy or mildly irritated, depending on your tolerance for terribly sophisticated, flapper-era Britons." The eighth episode of Carter and Anderson's Partners in Crime had aired just five days earlier.

Remember, this was an era before channel guides and description-heavy menus were readily available on your television screens. Could it be that audiences just couldn't tell the difference when reading the title printed in TV Guide or local paper?

Whatever the reason, Partners in Crime was swept away and replaced with The Golden Girls. Hard to fault that decision in hindsight.

Carter and Anderson remained friends beyond the flop show. Carter attended the Anderson / Burt Reynolds marriage four years later. "They’ve been talking about marriage for a long while. It wasn’t spur of the moment, although it’s about time Burt did it," the former Wonder Woman remarked.

MovieMan 41 months ago
Please bring this show to MeTV!!!!!! I always enjoyed Partners In Crime and would love to see it again. Maybe Sunday nights at midnight?
Like Reply Delete

forgottentvshow MovieMan 13 months ago
Me-TV gets their show library primarily from CBS and 20th Television. Doubtful Carson Productions will negotiate a one-off syndication deal for a 13 episode show. But, hey it's on YouTube. https://www.youtube.com/playlist?list=PLRwGDC-toMqUFh9nSqBYupKz8W-bKZUD-
Like Reply Delete

Lacey 49 months ago
It takes more than curves and a pretty face to make a good show.
Loved both of these fine ladies, but Partners in Crime suffered what most shows of the early 1980s did.
Like Reply Delete

EmBee 49 months ago
I never knew about this show starring two of the hottest TV stars of the 70s.
Like (1) Reply Delete

Lucyneenah19701 49 months ago
I remember that I watched "Partners in Crime," I just can't remember the show. It wasn't on very long.
Like (1) Reply Delete

70s80stvfan Lucyneenah19701 49 months ago
Yes, it didn't last long but I remember it fondly. Another obscure favorite of mine from this era was Berringers, which featured early 1960s movie starlet Yvette Mimieux.
Like (1) Reply Delete

cperrynaples 49 months ago
2 quick notes: The first episode guess starred Vanessa Williams. It was not the pilot episode, but NBC moved it up because of the infamous Penthouse photos. Also, "Golden Girls" did not come on until next season. PIC was replaced by Gimme A Break! and Spencer [the Chad Lowe sitcom, not the Robert Urich detective show]!
Like Reply Delete

stephaniestavropoulos cperrynaples 49 months ago
The full title of the Robert Urich show: Spencer, For HIre, and it aired on ABC.
Like Reply Delete

cperrynaples stephaniestavropoulos 49 months ago
I knew that, my purpose was to establish that there were 2 characters with the same name on 2 mid-80's series!
Like (1) Reply Delete