Where To Watch Shop Store Contact
Home / Stories / 10 things you never knew about that iconic Farrah Fawcett poster
Did you know?

One swimsuit selfie earned her more money than 'Charlie's Angels.' 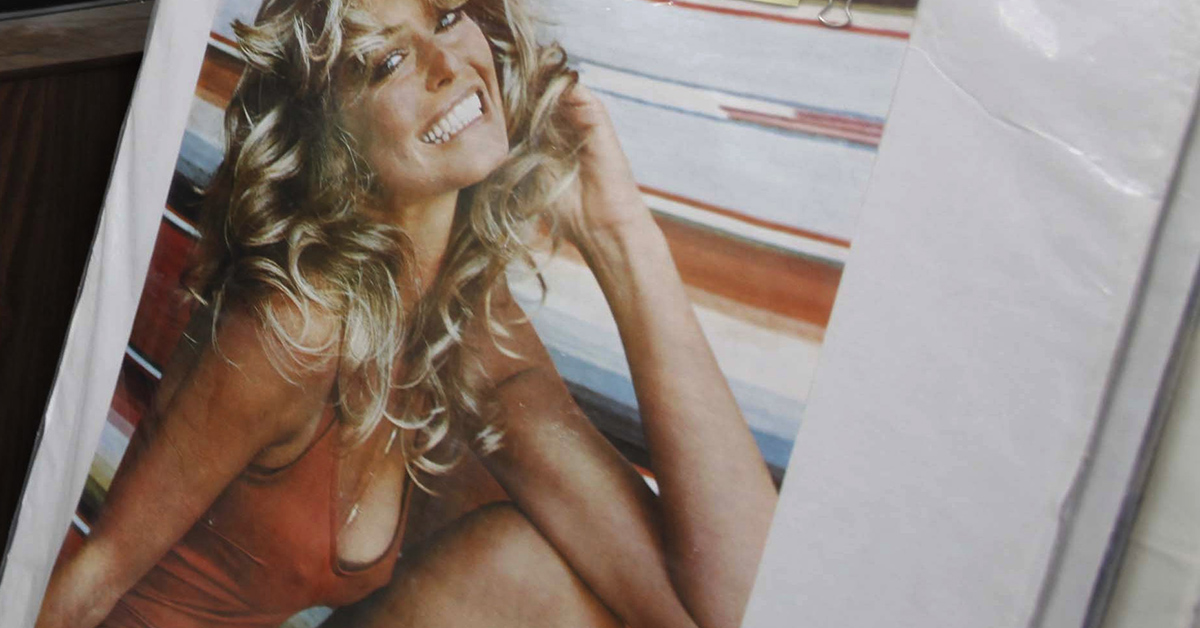 She sits on the ground, arm propped up on one knee. Her head of golden curls tossed back. Her eyes fixed on you. Bronze skin, teeth beaming. A simple red swimsuit popping against a rainbow backdrop.

It's an image fixed in the memory of anyone who lived through the 1970s. Not only is it the defining image of Farrah Fawcett, it is an icon of the entire decade. It's glamorous but real, and it was made for cheap, with a scrappy backstory.

The tale of how this poster came to be — and what it became — is rather fascinating. Let's breeze back to Seventies and take a closer look.

1. It has sold more than 5 million copies. 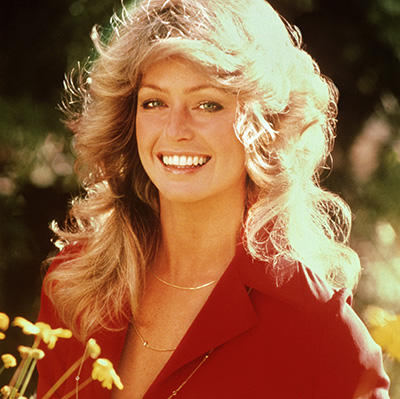 Why is Farrah smiling here? Well, perhaps it was those royalty checks from the poster. When it first hit stores in 1976, the poster quickly skyrocketed in sales from 7,000 copies in September to half a million copies in December. All told, it had sold millions and millions. Which adds up to…

2. It's the bestselling poster of all time. 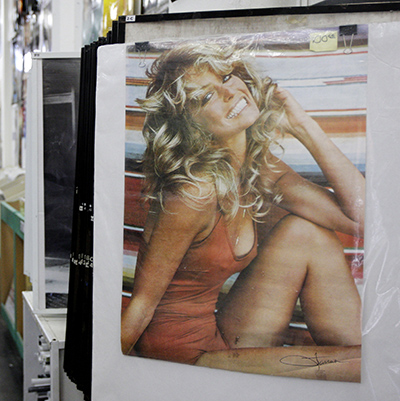 Yep, not even Albert Einstein sticking out his tongue or Bob Marley's mug can top Farrah and her flowing hair.

3. The poster was made by Ohio brothers who got their start in anti-war posters. 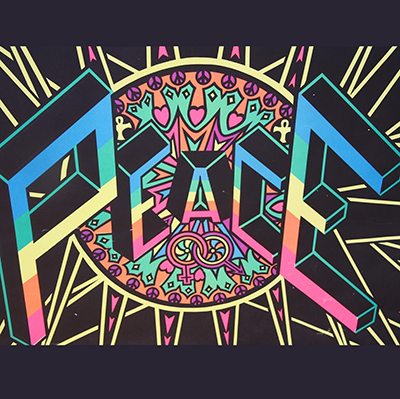 Two brothers from Canton, Mike and Ted Trikilis, were the businessmen behind Pro-Arts, the poster company that printed and sold the Farrah poster. The siblings got their start with an art shop, Green Gas House, which opened in 1967 at the height of the hippie movement. The Trikilis saw money in the movement. They procured 300 anti-war protest posters from Chicago, which they flipped to woke college kids on nearby campuses like Kent State. The two branded themselves Pro Arts and declared themselves to be "Ohio's #1 Distributor of Youth-Oriented Posters." From there, they started to procure celebrity licenses from Hollywood.

4. A Fonzie poster first helped secure the success of the company. 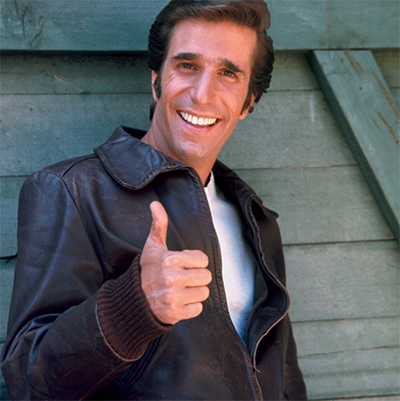 The Trikilis brothers began selling posters featuring '70s TV characters like Baretta and the Bionic Woman, but it was one cool cat from Milwaukee that turned the struggling business into a success. A poster depicting the Fonz, thumb up in the air, sold more than a quarter-million prints, making Pro Arts $90,000, according to Cleveland Scene. This gave the company capital to continue… and finance its biggest, boldest move.

5. You can thank a college kid's obsession with a shampoo commercial for the poster. 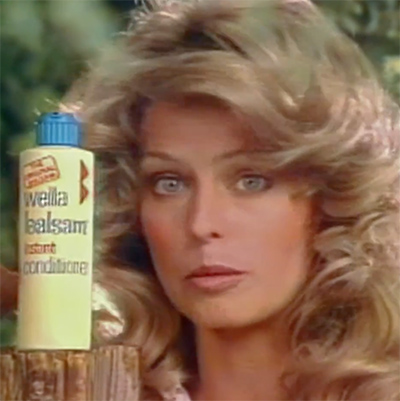 Remember, this is happening just as Charlie's Angels is kicking off. At the time, Fawcett was not quite a household name. She had a small run on the series Harry O to her credit, and a recent role in Logan's Run, not to mention several commercials. One of those TV ads, for Wella Balsam shampoo and conditioner, enraptured Pat Partridge, an Akron University student who happened to live next door to Ted Trikilis. The kid told Trikilis he would make a poster of Farrah Fawcett if he were running Pro Arts. "Who's Farrah Fawcett" Trikilis asked. Partridge explained that guys in his dorm were cutting photos of her from beauty magazines to tack on the wall.

6. Farrah did her own hair and makeup — with the help of some citrus fruit. 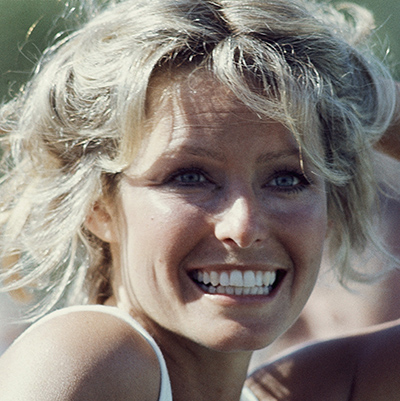 Trikilis reached out to Fawcett's agent and pitched a poster. Her representative asked what she would be selling. Herself, Trikilis said. Photographer Bruce McBroom was snapping promotional shots for ABC at the time, and knew Fawcett through her husband, Lee Majors, star of The Six Million Dollar Man. McBroom and Fawcett worked by themselves at her home on Mulholland Drive. Pro Arts had requested a bikini, according to McBroom, but Fawcett was not crazy about wearing one. She tried on several one-piece suits before settling on the red one. Fawcett did her own hair, spritzing lemon juice in for some, and her makeup. In other words, this was not that far off from a selfie. 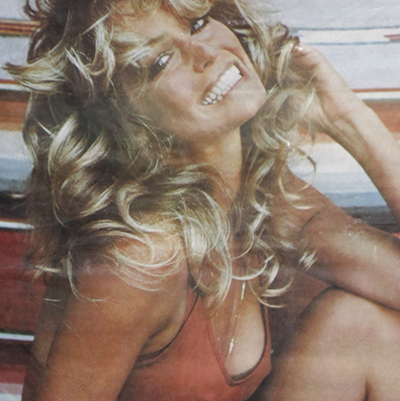 Fawcett and her friend tried various poses around her pool, but nothing was working for them. McBroom then grabbed a worn Mexican blanket from his battered 1937 Chevy truck. He was using it as a seat cover. The photographer realized the stripes would match the suit, so he yanked the blanket from his cab. Who needs a fancy studio with lights? 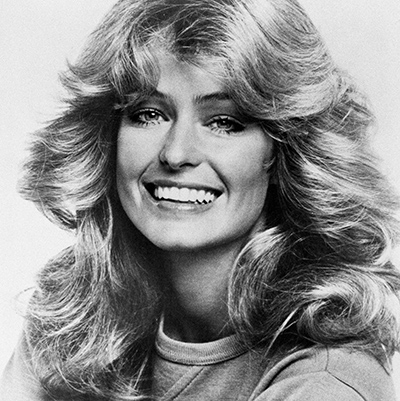 Farrah, having already styled herself, sent off a handful of selections to Pro Arts. But one shot she had marked with a star. Her favorite — the one soon seen around the world. She had an eye.

9. Farrah made more money from the poster than from 'Charlie's Angels.' 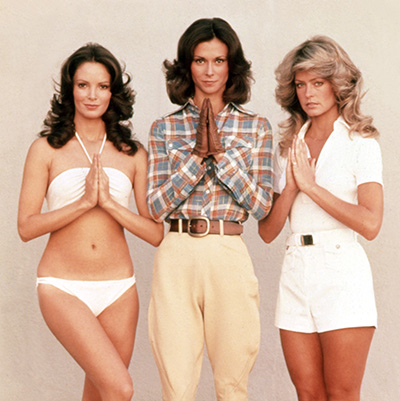 The poster sold for about $3 a pop. In a matter of months, Pro Arts raked in $6 million in sales from the poster. A good chunk of the profits — $400,000, about 40% — went to Fawcett herself. Compare that to the $5,000-per-episode she was making for Charlie's Angels. No wonder she felt empowered to leave the series after a single season.

10. The swimsuit is now in the Smithsonian. 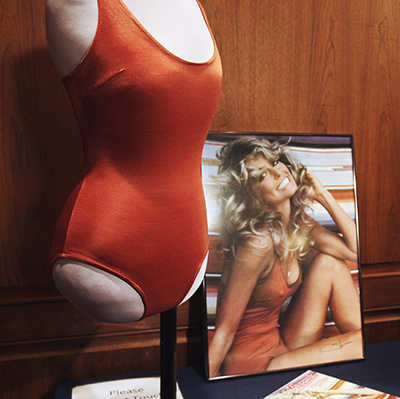 The iconic red suit — which is actually more of a burnt orange — entered the Smithsonian's National Museum of American History in 2011, two years after her death. 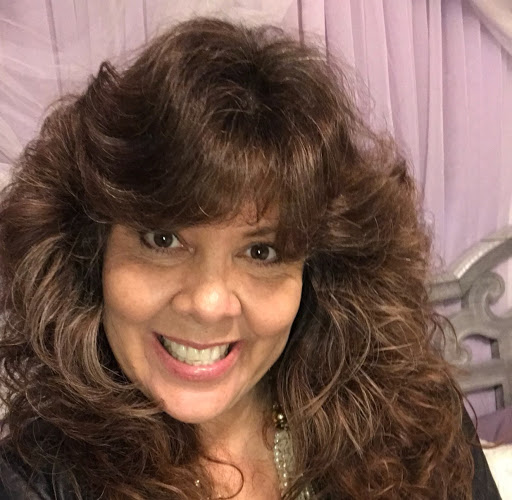 Tammybyu 33 months ago
Classic, Timeless, Perfection, there will never be another Farrah Fawcett.
Like Reply Delete