Did you start whistling when Matlock mentions Myers Lake? 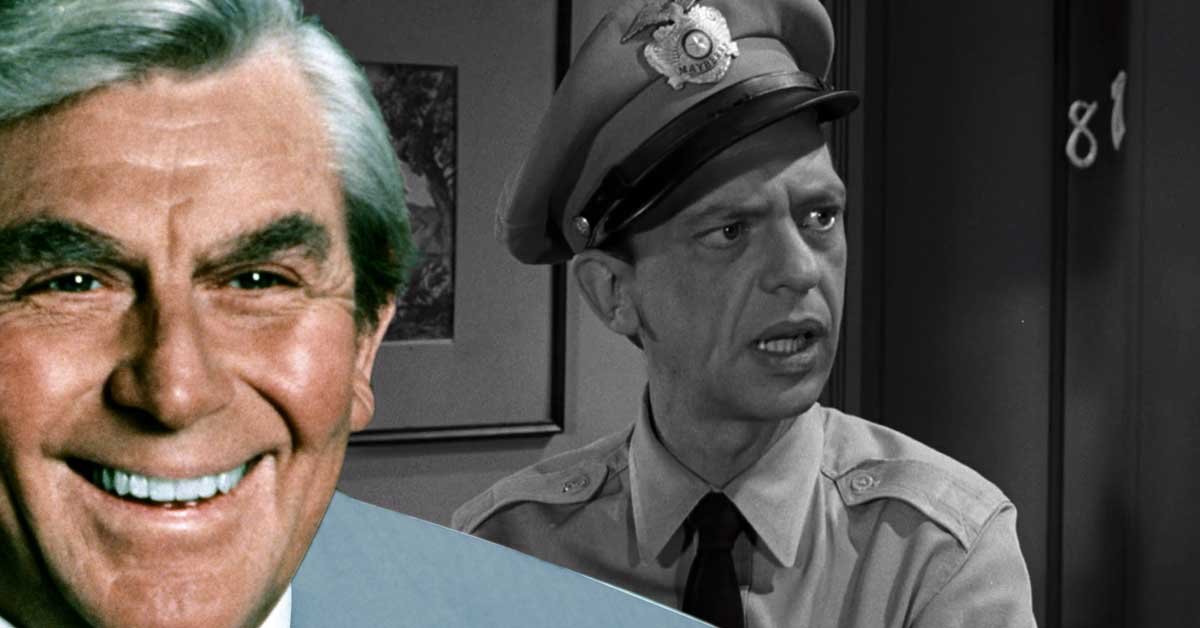 On The Andy Griffith Show, Barney Fife famously has a hard time pronouncing words. When Otis Campbell finds himself in the old Mayberry jail again, he's not "incarcerated," but "inarculated" or "inoculated." When Opie's feeling shy, he's not an "introvert," but an "inovert." And if Barney ever lays eyes on a chopper flying over his hometown, you can bet he'll call it a "heeliocopter," not a "helicopter."

Among these many blunders, though, Don Knotts fans might have a favorite. In the episode "Guest of Honor," Andy and Barney bring a special guest to Mayberry, only to discover he's actually a known compulsive thief who they suspect will soon be picking the pockets of all of Mayberry's finest folks. Once they realize their mistake, they rest assured knowing they left the thief at Floyd's under a hot towel, but soon Floyd enters and the lawmen must hurry to catch their thief before he targets the unsuspecting townfolk.

Floyd tells Andy and Barney that the guest of honor is in his hotel room, and so the sheriff and deputy post up outside the hotel room door. This is when Barney tells Andy he was reading an article in one of police magazines about "kleptomeneracs, they call 'em."

Andy's thick eyebrows meet above his dumbfounded eyes as he says, "What's a kleptomenerac?" Barney answers with authority, "It's a person that steals because he can't help it. It's a sickness." Andy accepts his deputy's mispronunciation and never corrects him, then Barney actually goes on to have a rare serious moment on the show, explaining to Andy how effective he believes rehabilitation can be for the morally misguided.

Fans of this particular Mayberry scene probably felt their ears perk up if they caught a certain episode of Griffith's later hit series Matlock that aired more than a quarter century later.

In the Matlock episode "The Good Boy," Matlock is defending a woman accused of murdering her husband. In the course of his investigation, Ben discovers that his client's family recently fired their housekeeper, accusing her of compulsively thieving from them over eight years. Having met the housekeeper, Ben has his doubts and upon talking it over with her, he forms his own theory about why the housekeeper got fired and who actually murdered his client's husband.

His primary suspect is his client's son, who never liked his mom's husband from her second marriage. Ben goes to confront the son, or at least set him on edge, and he brings up the housekeeper. That's when the son says to Ben, "Do you know what a kleptomaniac is, Mr. Matlock?" Ben answers, "Yeah." Then he chuckles and continues, "I used to know a fellow who pronounced that word 'kleptomenorac.'" He is, of course, referring to Barney Fife here, in a deep reference exclusively meant as an in-joke with any of the star's longstanding fans in the audience. In a moment, though, Griffith shifts back to his current show, dipping right back into his Matlock character to continue his line of regular questioning.

But this wasn't the only time Griffith made an obscure reference to his former hit series on Matlock. There's an even more subtle nod to Mayberry in the episode "The Juror."

It happens near the beginning of the episode when Andy appears at the breakfast table with a birthday gift for his daughter Leanne MacIntyre. She opens it eagerly and finds just an ordinary blue baseball cap. She gracefully thanks him for the lackluster surprise as Griffith slides behind her to pull a brand new fly rod out of the closet. He says to his Leanne, "I thought you could use it next time we go fishing, of course.” 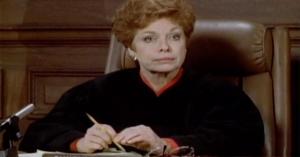 His daughter exclaims, “It’s beautiful!” She declares they have to go fishing now, and Ben tells her it’s all set. “Myers Lake, you and me,” he says to his other TV child.

Knowing fans would recognize instantly that Myers Lake is a very famous Mayberry locale. It's the fishing hole that Andy and Opie head toward at the beginning of every single episode of The Andy Griffith Show in the opening credits. It's where they take Aunt Bee upon welcoming her into their home, where Andy and Helen had some of their very first dates, and where Opie meets his "hobo friend." It's definitely one of the show's most memorable settings.

“You are the greatest!” Leanne MacIntyre responds to her TV dad Ben Matlock, echoing the sentiment we’re all used to seeing in Opie’s eyes when he looks at Andy Taylor. Unfortunately, though, on Matlock, Leanne and Ben don't get to skip to the lake. Instead, Ben's been called for jury duty, but at least he snuck in a great Mayberry reference first!

HappyTV2019 38 months ago
I know Don Knotts appeared several times on Matlock. They looked like they were having fun together even then.
Like Reply Delete

DeeOrcutt 38 months ago
I'm really surprised they didn't mention the "judo" scene from The Andy Griffith Show that was recreated on Matlock!
Like (1) Reply Delete