Where To Watch Shop Store Contact
Home / Stories / One of Richie's girlfriends had a dad just like Mr. C in the real world
Did you know?

One of Richie's girlfriends had a dad just like Mr. C in the real world

Laurette Spang went on to play Cassiopeia on Battlestar Galactica. but first, she had to convince her dad she was responsible enough to act. 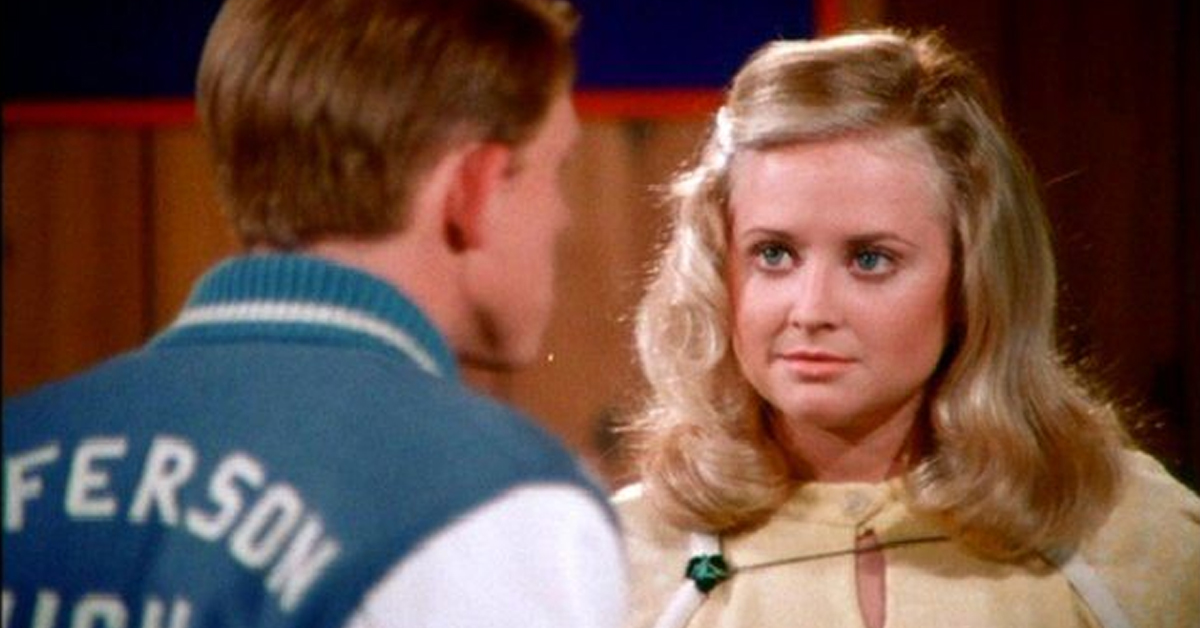 In the first season of Happy Days, Richie is getting ready for his Junior Prom when he gets in a big fight with his steady girlfriend, Arlene, and they break up.

The episode was called "Breaking Up Is Hard to Do," and playing Arlene was Laurette Spang, a young actor who had been struggling in Hollywood until Happy Days called her in to play Richie's girlfriend.

Later in the 1970s, Spang would become more recognizable to TV audiences when she took on the role of Cassiopeia in the sci-fi series Battlestar Galactica.

But when Spang first came to California in 1972, Universal Studios wound up cutting her contract short, after she failed to get offered as many parts as they had hoped. Instead of seven years, they only employed her for two before they opted her out.

Wanting to keep acting, Spang tried to get a waitress job to float by, but even that wouldn't work out.

Spang was not ready to give up, though, mainly because it took her years of grueling work to convince her father that she was responsible enough to become an actor.

The story goes that in high school, Spang used to write in her journals all the time, describing all of these plans she had for "when I become an actress." 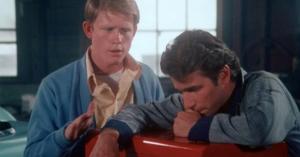 Happy Days almost got a new name in season three

But then when she graduated, she went off to college and instead of taking her studies seriously, she goofed off too much her first semester.

Because of her bad grades, her father decided that he was not looking to fund a party lifestyle for his young daughter, so he cut her off financially, and that meant she had to come home.

"For several months, I didn't speak to him," Spang said.

Before you go thinking that her dad was being too hard on her, though, Spang was quick to point out that as Mr. Cunningham on Happy Days always turned out to be right in the end, the same was true of her dear dad.

"I realized he was right," Spang said, and as soon as she had that epiphany, she was determined to impress her father, just like Richie would've been with Mr. C.

So after she moved home, Spang didn't just hold down one job to prove how responsible she could be. She took on four, working "a regular 9-to-5 job, a lunchtime job, an early evening job, and a late-night job."

This industriousness did make her dad proud — so proud he funded her acting school and her move to New York, which was where she got discovered by Universal.

That's why when her Universal contract ended, Spang was not prepared to go back home, her tail tucked between her legs. Instead, she did just as her father taught her and looked for honest work.

That determination led her to finally get cast on Happy Days, and she ended up doing six episodes of the sitcom in total between 1974 and 1977. She also snagged a recurring role on Lou Grant.

Then in 1978, she was invited to play Cassiopeia as a guest role on Battlestar Galactica and impressed the producers so much, they made her a regular character.

As a small-screen beauty, Spang became the main love interest not just of Richie Cunningham but of Starbuck on Battlestar Galactica, too.

Despite never "going steady" during this time of her life, Spang said these roles suited her because in her heart, "I am a romantic."

She even blamed being single on being too big of a romantic.

"I've had some serious relationships in the past and I imagine I will have again," Spang said. "But I think I look for too much in a man. I'm tremendously romantic, and I love watching old movies."

Don't worry about her feeling lonely either, though. During what she referred to as an "individual stage," Spang didn't miss dating.

"When I'm alone, I like to have a lovely candlelight dinner by myself," Spang told The Wichita Eagle in 1978. 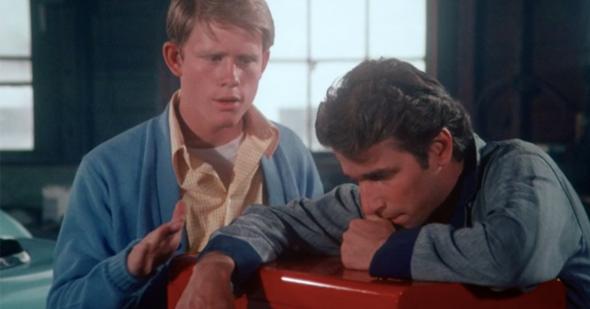 Happy Days almost got a new name in season three 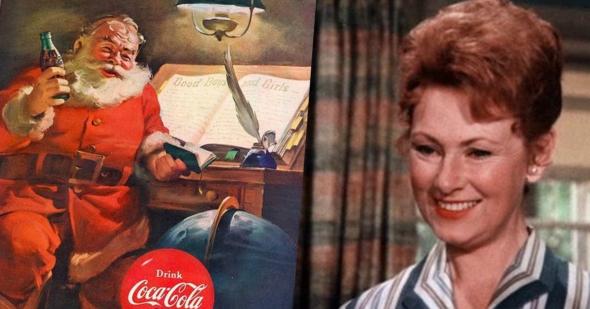 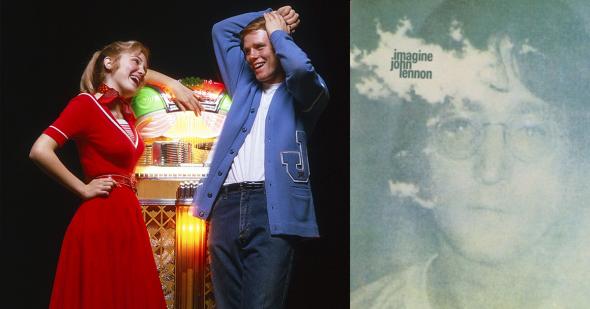 Did you know?
Do you know which episode Happy Days was filming when John Lennon visited?
Are you sure you want to delete this comment?
Close

AnnieM 10 months ago
You'd think they might have mentioned that soon after BG she went on to marry soap actor John McCook in 1980, even changing her name to Laurette Spang-McCook. They are still married (happily, I presume 😊) 42 years later. 🥰
Like Reply Delete

bagandwallyfan52 11 months ago
Today January 4 ,2022
TONIGHT Jan,4 th at 6:30pm
On METV is the Happy Days
Episode Give The Band A Hand
Which has the Last Appearance
Of Chuck Cunningham 1 played
By Gavan O Herlihy and this
Episode has the first appearance of Richie's band -
Richie Cunningham Ron Howard
Potsie Weber Anson Williams
Ralph Malph Donny Most and
Bag Zombroski Neil J Schwartz.
Like Reply Delete

albundy 11 months ago
Why do illiterates insist on posting nonsense like the junk posted below this? Why?
Like Reply Delete

louannmaryanncplboylefan albundy 11 months ago
You are the one who posts
Nonsense and junk and you
Also insult people just like
WISEGUY.
Like Reply Delete

Barry22 11 months ago
She was in the infamous "jumping the shark" episode.
Like Reply Delete

Michael 11 months ago
I thkught we were going to read that her father owned a hardware store.