Where To Watch Shop Store Contact
Home / Stories / Mike Farrell was not a big fan of TV until M*A*S*H came along
Did you know?

"Someone offered me a pilot role before this and I rejected it," he said in 1975.

They were big shoes — well, scrubs — to fill. Trapper John was a beloved member of the 4077th, a character popularized not just by Wayne Rogers on television, but portrayed by Elliott Gould on the big screen. B.J., on the other hand, was a fresh character created as a replacement.

"We named him 'BJ' because our cameraman, a great guy, was named Bill Jurgensen," M*A*S*H executive producer Gene Reynolds told The Hollywood Reporter. Wisely, the writers and creators were careful to not make B.J. a Trapper replica.

When promoting his new role to The Fresno Bee in September 1975, shortly after B.J.'s debut, Farrell made clear that "he would not have taken the role if the producers had just wanted another Wayne Rogers character."

In fact, he was reluctant to take any television role. He was not exactly a big fan of the medium. The Minnesota native even turned down starring roles.

"Someone offered me a pilot role before this and I rejected it," Farrell told the Bee. He said a prior series he had done with Anthony Quinn was "disastrous." That would have been The Man and the City, a political drama about local politics shot in New Mexico. Farrell played the obstructive deputy to Quinn's mayor.

Television might have left a bad taste in Farrell's mouth, but he had a good number of credits to his name — typically as a doctor.

"Actor Is Veteran of Medic Role," the Fresno Bee wrote two months later in a headline. The short piece noted that Farrell had his breakthrough as a regular, Dr. Sam Marsh, on The Interns from 1970–71. He had also played docs in small parts on Marcus Welby, Medical Center and The Bold Ones.

"Another few years on M*A*S*H and I'll be ready to hang out my shingle," Farrell joked.

So what made him jump aboard M*A*S*H? Quite simply, he was a fan. "M*A*S*H Star Is Antiwar Activist," the earlier Fresno Bee headline declared. Farrell called M*A*S*H an "effective, entertaining series," adding that he is "consistently amazed at the things the M*A*S*H producers get away with in a series designed for a mass audience."

The former Marine simply noted that M*A*S*H is "far and away" superior.

Farrell welcomed the "financial independence" afforded by his M*A*S*H gig, citing a desire to return to theatrical acting.

Of course, he would do more television acting. Television changed significantly in the 1970s, thanks largely to shows like M*A*S*H. Notably, Farrell returned to a regular TV job around the turn of the Millennium with Providence. He played a doctor. 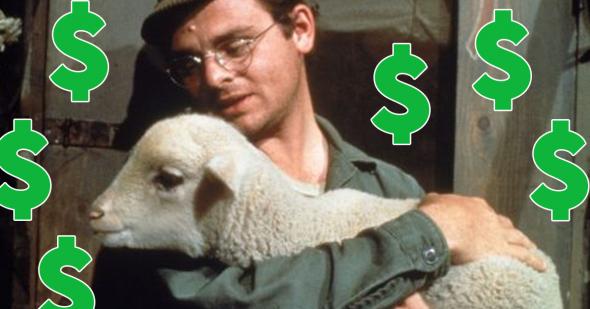 Did you know?
Gary Burghoff turned down millions when M*A*S*H begged him to come back 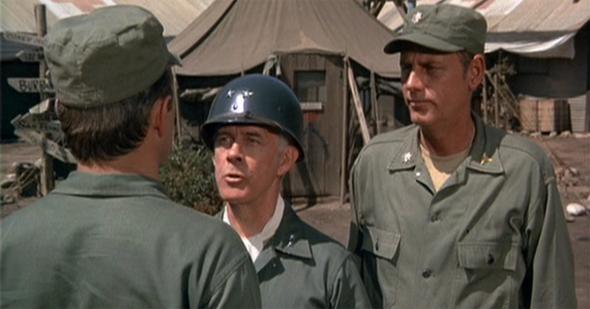 Did you know?
Harry Morgan's biggest regret as an actor was changing his name 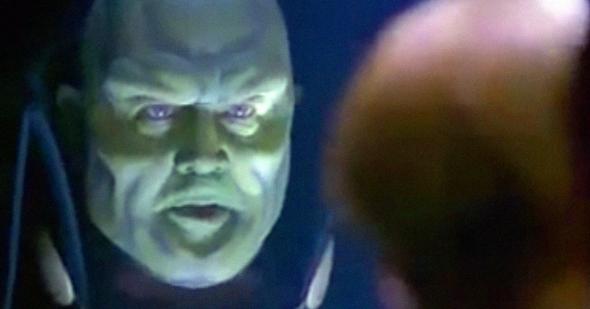 Did you know?
This M*A*S*H actor played the Martian Manhunter in a failed Justice League TV pilot
Are you sure you want to delete this comment?
Close

Formarps 21 months ago
I am making $89/hour telecommuting. I never imagined that it was honest to goodness yet my closest companion is acquiring $10 thousand a month by working on the web, that was truly shocking for me, she prescribed me to attempt it. simply give it a shot on the accompanying site Copy and paste Link ----->> wwwcash03..com

dangler1907 21 months ago
Personally, I found Wayne Rogers as Trapper "one dimensional" most of the time. I didn't dislike the character or the actor, but I didn't see any depth there. Farrell (actually the writers) presented more sides to the BJ character. He was less of a sidekick to Alda and more of a foil - someone of a different "type" to play against.
Like Reply Delete

Thee best acting job of throwing up in the world:)
Like (1) Reply Delete

MichaelSkaggs 21 months ago
He also was a tragic doctor on one of the last season episodes of Bonanza.
Like (1) Reply Delete

HerbF 21 months ago
On PROVIDENCE, He played a Veterinarian, not a Doctor - MeTV Interns, please do your research better...
Like Reply Delete

ndebrabant HerbF 21 months ago
Technically, a Veterinarian IS a Doctor. They go through medical school just like their counterparts that treat humans.
Like Reply Delete

HulkFan02 21 months ago
I didn't know that plus I'm not much with the series than my mom. Overall, he's a sweet guy.
Like Reply Delete

Michael 21 months ago
His first credit is 1963, and the bulk of that before MASH in 1975 was TV. Playing a bellhop in The Graduate was an exception.

He had ongoing roles in two series.

That hardly seems like a dislike of tv, but an actor starting out.

I always thought The Questor Tapes was a pilot, but I suspect other reasons it didn't get to series, not Mike Farrell's disinterest.

CaptainDunsel Michael 21 months ago
"The Questor Tapes" most definitely was a pilot. There was a published "bible" for the series (a guide for writers as to characters, backgrounds, acceptable story lines, etc.) NBC wanted too many changes from Roddenberry's concept, including dumping "Jerry Robinson" (the Mike Farrell character), so Roddenberry turned it down.
Like (1) Reply Delete

teethclenched CaptainDunsel 21 months ago
I assume Farrell is referring to QUESTOR TAPES, but I hope not. I haven't seen it in years but thought it was terrific at the time. Roddenberry really had no luck with post-STAR TREK pilots, but I wish he had. I would have watched a Q.T. series with Farrell and Robert Foxworth. I would have watched a series based on GENESIS II/PLANET EARTH (especially one with the P.E. cast) and I would have LOVED a series based on SPECTRE with Bob Culp and Gig Young.

I have that Q.T. "bible"--purchased from a fan magazine waaay back in the day!
Like (1) Reply Delete

CaptainDunsel teethclenched 21 months ago
Roddenberry seems to have had a great talent for being his own worst enemy, at least when dealing with the "suits". When there were "creative differences", he usually dug his heels in rather than be persuasive about why his vision was better. He often took a "my way or the highway" approach, while the studios and networks had LOTS of asphalt.

The thing is, changing the concept isn't necessarily bad. "Assignment: Earth" became "The Questor Tapes" and Questor later became Data. (And did Roberta Lincoln become Jerry Robinson who became... Geordi?) All variations on a theme, but Roddenberry didn't seem to grasp that those changes could come from others.
Like (1) Reply Delete