Where To Watch Shop Store Contact
Home / Stories / Meet the man who played ''Fake B.A. Baracus'' on The A-Team
did you know?

Meet the man who played ''Fake B.A. Baracus'' on The A-Team

In the 1980s, Tony Brubaker did stunts for everyone from Mr. T to the Predator.

In more than 90 episodes of The A-Team, Tony Brubaker could be found on set among the trucks, vans and jeeps, waiting to stand in whenever Mr. T needed him.

Brubaker had been a Hollywood stuntman for more than a decade when he got cast to play “Fake B.A. Baracus” and do the crazy scenes that tough-guy Mr. T couldn’t safely perform in.

Sometimes when visitors would come to set and want to talk to Mr. T, they’d settle for chatting up Brubaker.

Any time Brubaker was called to action, Mr. T could be found sitting off to the side. There, he was protected from some of The A-Team’s most explosive action sequences, perched on a truck tailgate and sipping from cold cans of iced tea.

Brubaker got his start in Hollywood in 1970, serving as stunt double for stars like Sidney Poitier and Jim Brown.

He was championed by another stuntman named Eddie Smith.

Smith co-founded the Black Stuntmen’s Association in 1967 and used his experience doing stunts in TV shows and movies to advocate for other talented stuntmen and women.

As a stuntman, Smith might’ve been one of the toughest and most dedicated to professionalism. When he was one of two stuntmen involved in a helicopter crash on the set of the M*A*S*H movie, he didn’t tell anyone how bad he hurt his leg. Instead, he finished working on the film and ended up with a life-long limp.

Similarly dedicated, Brubaker was an early protégé of Smith’s.

Brubaker made headlines for stunt work in the TV show The Rebels and then primarily performed stunts in movies from that point on.

By the 1980s, he had become a go-to stuntman, leaping from cars and taking punches in movies like Predator, Ghostbusters, Tron, and Conan the Barbarian. He even did stunts as the Predator.

Arguably nowhere was he valued more than on The A-Team, a TV show that depended on sensational stunts to keep viewers tuned in.

It didn’t matter what The A-Team threw at Brubaker, he could handle it. 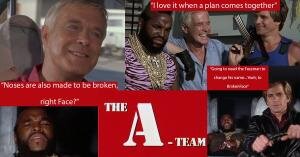 From the beginning of his career, Brubaker proved to be fearless. He told The Courier in 1970 that he never considered stunt work dangerous, but “hazardous.”

“I can’t afford to really fear a horse, for example,” Brubaker said. “But I always respect the fact that it can hurt me.”

He was mostly called because of his skills as a horseman and fearlessness on a motorcycle.

Later in his career, Brubaker would face tragedy when serving as Danny Glover’s double in the 1997 family movie Gone Fishin’.

He was performing a daring stunt when the boat he was driving spun out of control.

Instead of soaring safely off a jump ramp, the Los Angeles Times reported that “The boat bounced off the ramp,” and then “flew at a wild angle.”

Brubaker was flung from the boat, but four others sustained serious injuries from the crash, and one stuntwoman named Janet Wilder died.

Though shaken by the tragedy, Brubaker continued working, playing double to Michael Dorn in Star Trek: Insurrection and performing stunts in 2000s blockbusters like Spider-Man.

More recently, Brubaker has been more selective in the stunt work he does. Five decades into his career, he was last seen in a 2019 movie Harriet.

Last year, he did an interview with Stunt Tales: Falling for the Stars, where he joked about being the last of his generation of, he estimates, maybe 600 stunt performers total.

As someone who grew up riding horses, then graduated to riding motorcycles, Brubaker felt lucky to find stunt work when he did. He said he made a lucrative career out of his impulse for thrill-seeking.

“I was blessed because I had the ability to do stuff,” Brubaker said. “The stuff that I did for fun was the stuff that the business needed stunt guys to do.” 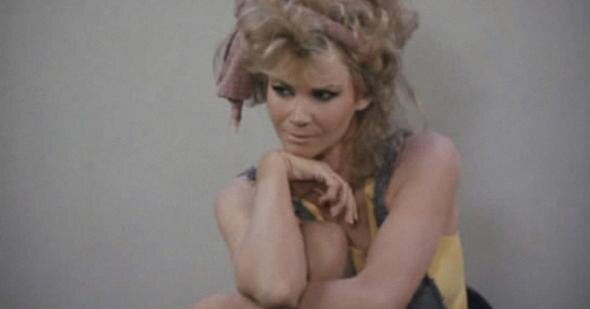 Markie Post had an unlikely rise to fame in the Eighties 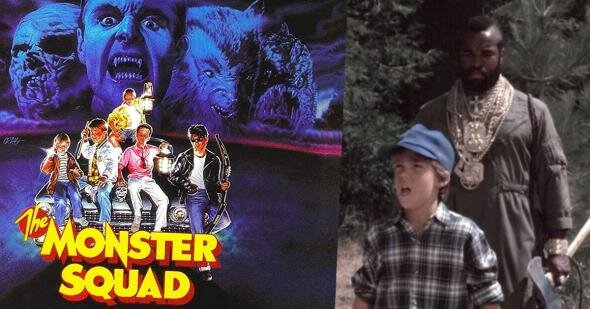 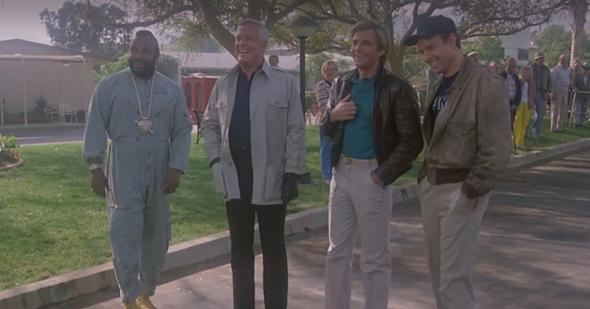 Have you noticed the final two episodes of The A-Team are seemingly out of order?
Are you sure you want to delete this comment?
Close

BuckeyeBeth 6 months ago
“When he was one of two stuntmen involved in a helicopter crash on the set of the M*A*S*H movie, he didn’t tell anyone how bad he hurt his leg. Instead, he finished working on the film and ended up with a life-long limp.”

Is there a link to an article that talks a bit more about this accident? This honestly is the first I’ve heard of it.
Like Reply Delete

DethBiz 6 months ago
The obvious fake mohawk always brings out a chuckle in me.
Like Reply Delete

LoveMETV22 6 months ago
Thankfully for not only Mr.T but other actors/actresses as well, that there are talented/experienced stunt people for those difficult/dangerous scenes. Hopefully they are compensated well for their expertise.
Like Reply Delete

daDoctah 6 months ago
Looking at the head shot, he doesn't really look that much like Mr T without the headpiece, but he does bear a strong resemblance to Fred Williamson. Checking IMDb (they're a little sparse on information about stunt people as opposed to actors) I see he worked on seven films that The Hammer was involved in, including five in which Williamson was either listed as a primary star, the director, or both.
Like Reply Delete

Andybandit 6 months ago
That is a lot of stunt roles for different actors.
Like Reply Delete

Or drag a file here to upload
texasluva 6 months ago
He sure did some stunts for some real tough guys. Jim Brown not only ran them over on the football field but in everyday life. Then again the money spent to have such behemoths on your set one can not afford to take risks. Hence The Stuntmen. There have been many others and women too. I believe there was a story not long ago about the Stunt Woman for Wonder Woman. She was quite a specimen, strength to take on such feats to back up Lynda Carter on screen. Quite a feat for Tony Brubaker to do this for around 50 years. Even did them for Michael Dorn. Here I thought he was actually fighting .
Like Reply Delete