These quotes will make you think the entire A-Team was ''on the jazz.''

As soldiers of fortune, you’ll have your fair share of stolen vehicles, intense escapes, explosions and battles.

Amid the chaos in The A-Team, there are quite a few classic quotes that could probably only fit into this show’s context. Some are said pretty frequently, while others simply leave you thinking, “it makes total sense that line was used in The A-Team.”

In no particular ranking, here are some of the best classic, funny, intimidating and random quotes echoed on The A-Team.

1. "I love it when a plan comes together" – Hannibal 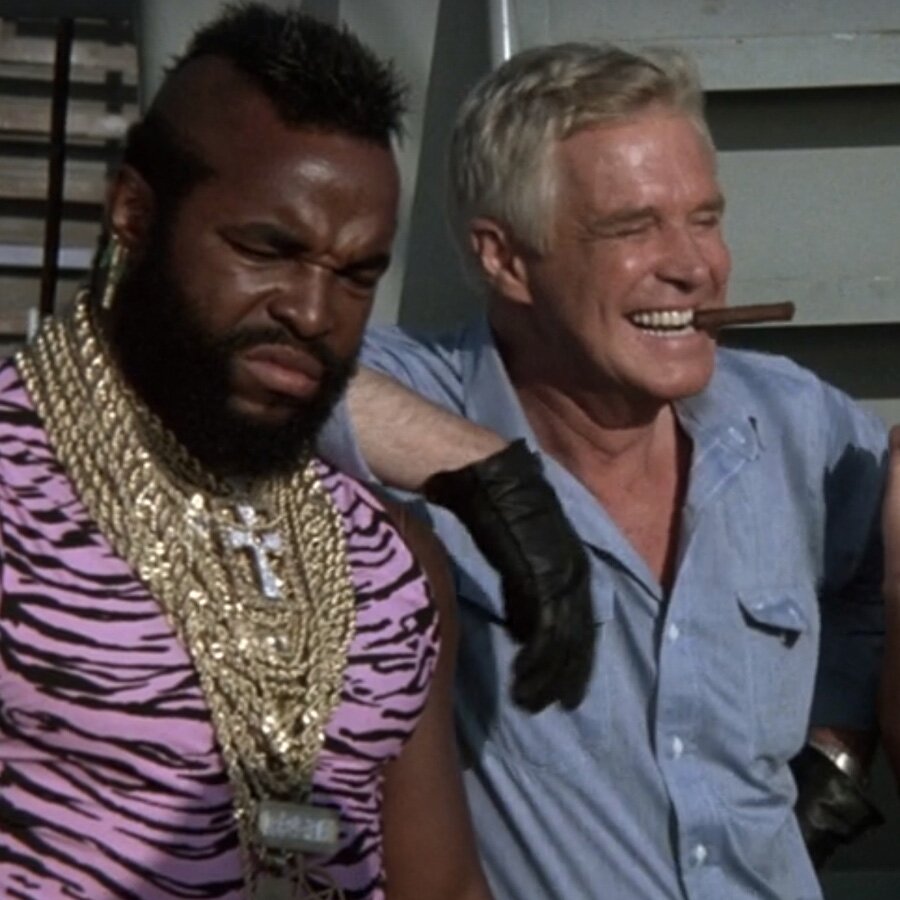 Regularly said throughout the series, John “Hannibal” Smith, who is the leader of the Team, egotistically says these words when the team defeats the enemy, fends off the law or retrieves a captured asset. Whether there was a plan or not, when Hannibal says this line, he’s letting everyone involved know that The A-Team got the job done. 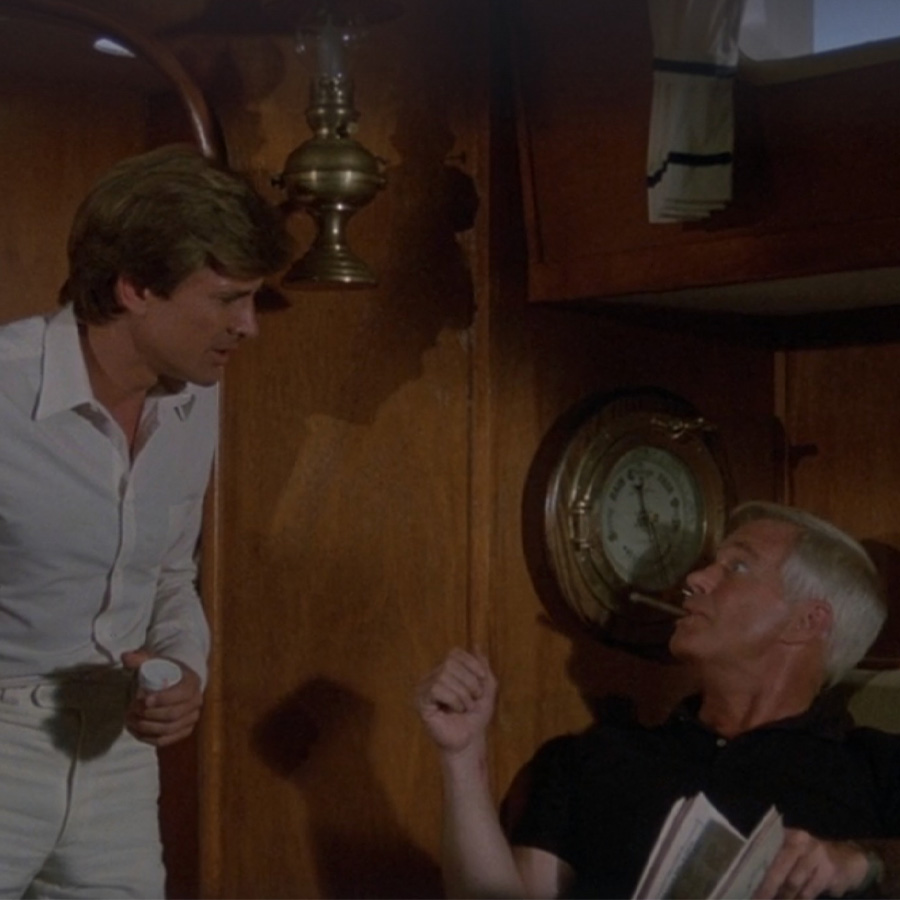 Hannibal will always be the man with a plan, even if he doesn’t involve the rest of the team! Pestered by Face on a queasy boat trip to Mexico, Hannibal retorts this line, paired with a cigar puff of smoke in the face of Face… telling him not to worry in a very fitting A-Team way.

3. “Thank you for flying Miracle Airlines, the only airline where lady luck is your co-pilot.” – Murdock 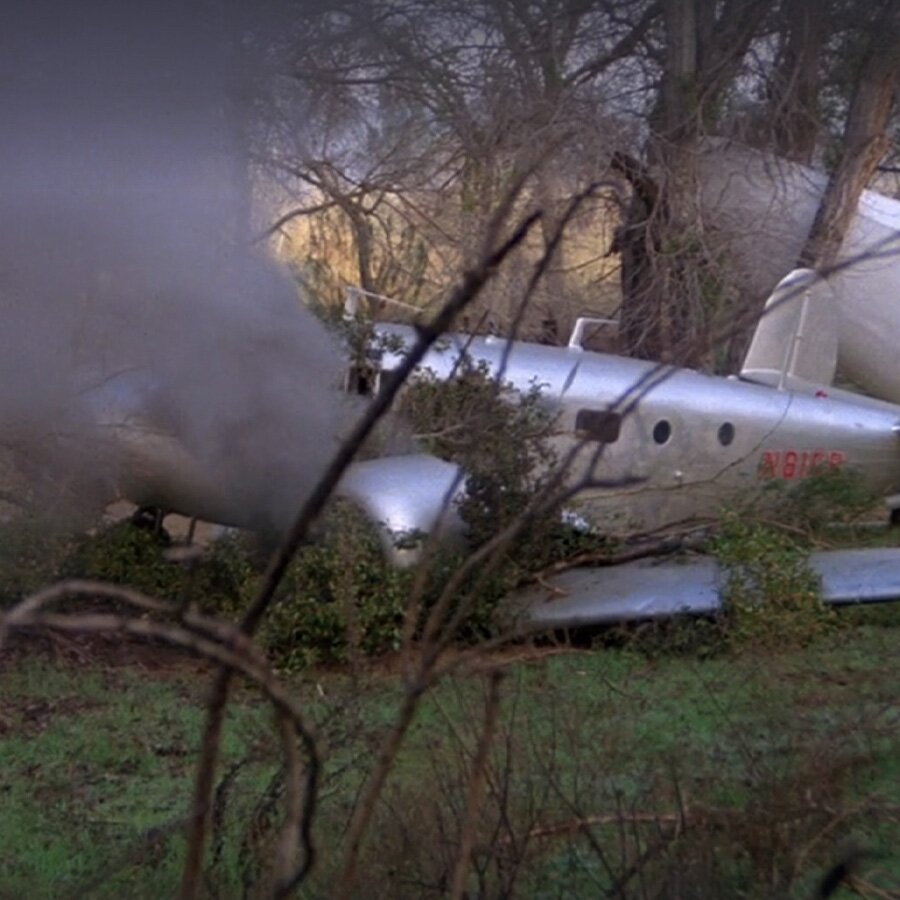 There is only one “Howling Mad” Murdock, and he’s known for his ability to fly aircraft and pump out quotes like this one. Most see the humor in his ability (or luck) to land different forms of aircraft safely, even when both engines are blown out. Some don’t, like B.A., who is passed out in the back of the plane after being sedated. 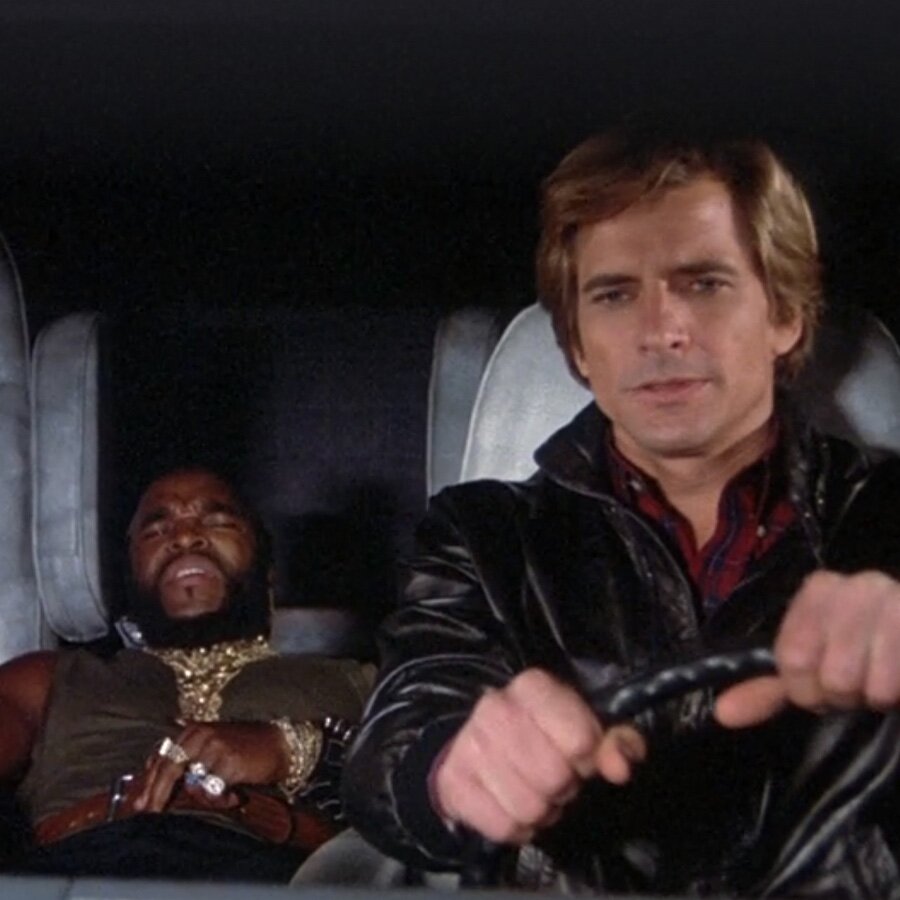 Intimidating could be an understatement when it comes to B.A. Baracus. After blaming Faceman for getting shot in the leg, B.A. has a unique way of not mincing his words, while changing Face’s name! Regardless of the new nickname given in this quote, the message is clear…. B.A. wasn’t thrilled with “BrokenFace.” 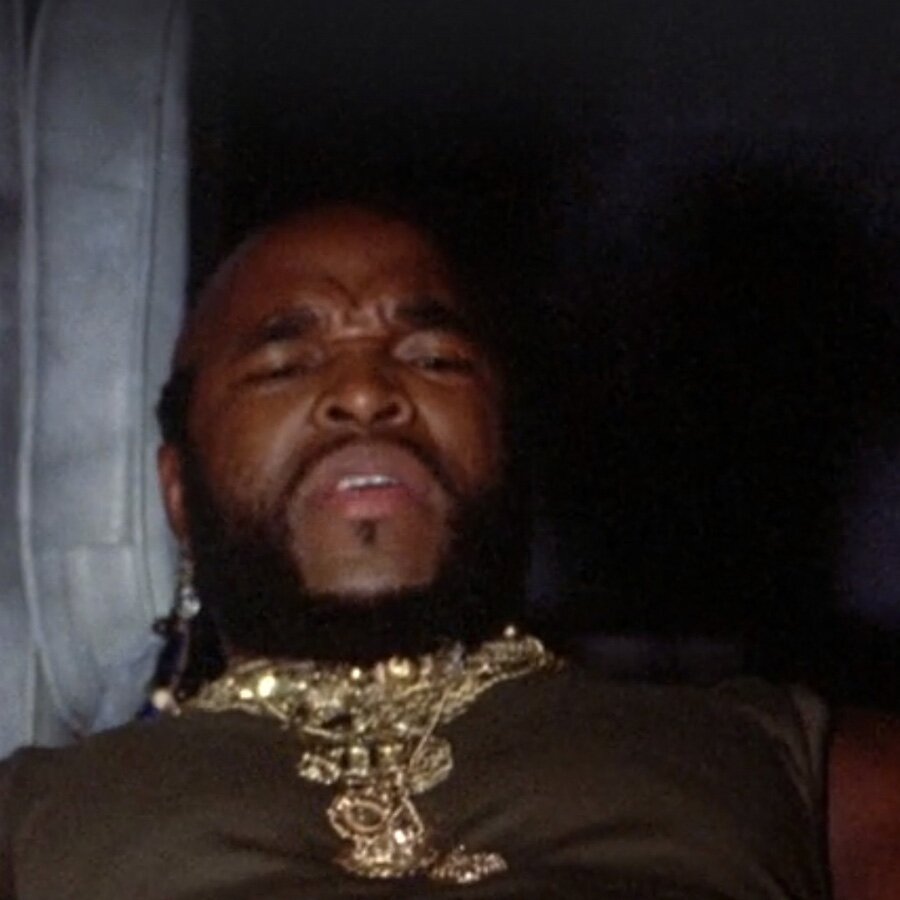 If mincing words wasn’t clear enough, the next sentence that B.A. exclaims in the season one episode “Black Day at Bad Rock” is crystal…. Face’s face just might get messed up! 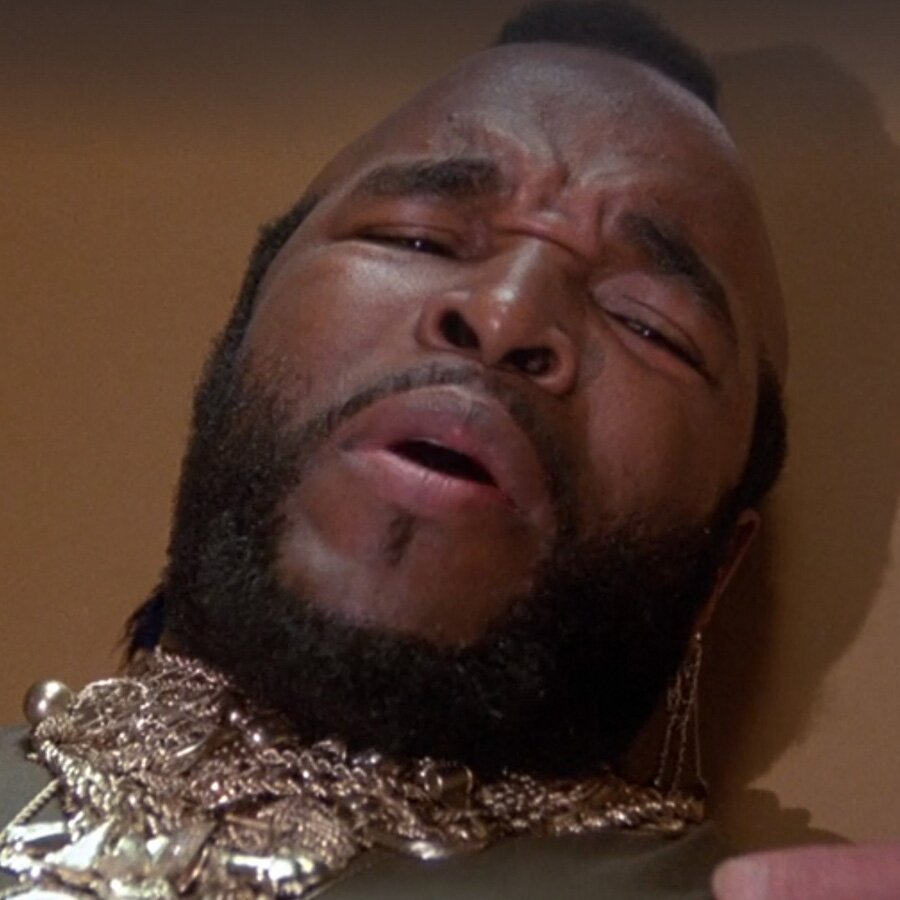 The terrified phrase B.A. screams after finding out the only way to get a much-needed blood transfusion is from Murdock, let’s just say, his least favorite A-Team member. It’s no secret Murdock is busted out of a hospital more times than not when the team gets a job. No matter how much of it Murdock puts on as a front, B.A. wants no part of his DNA, even though it can save his life!

7. “Noses are also made to be broken, right Face?” - Hannibal 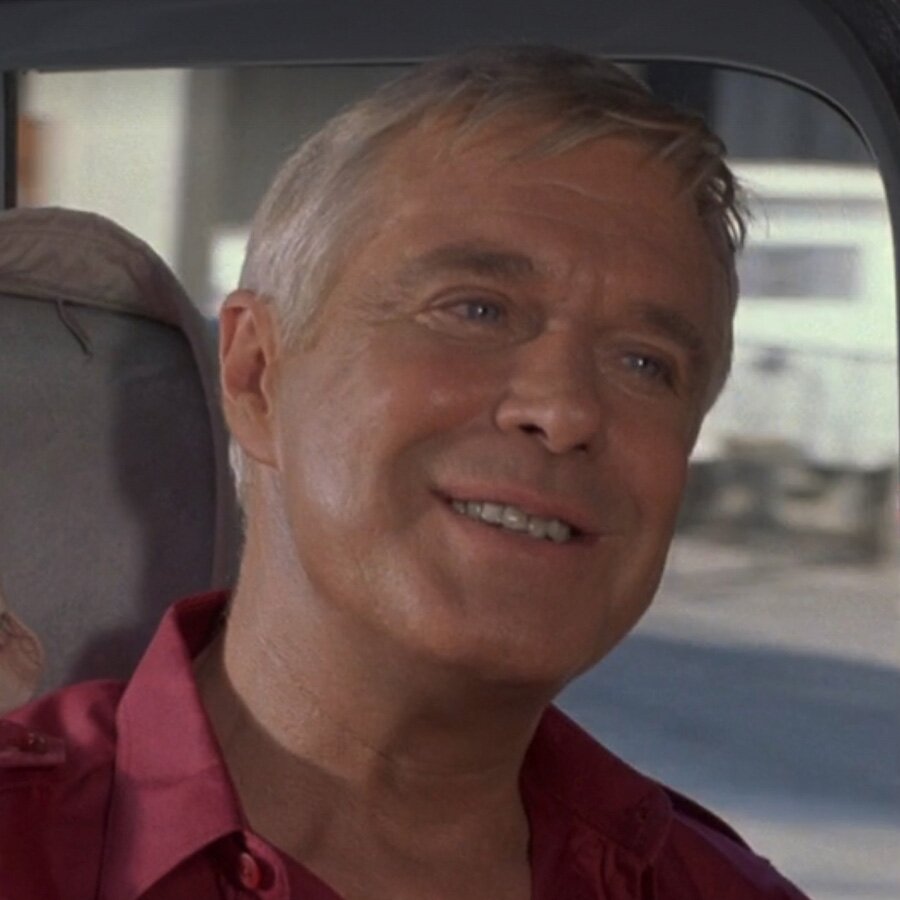 A classic Hannibal snap-back comment after Face attempts to get involved with a client. Pleading to Face that it’s against the rules to mix pleasure with business, Face responds, “aren’t rules meant to be broken?” This gives way for a classic B.A. sounding threat that comes from the team leader.

8. “I don’t know, I have intermittent memory loss!” – Murdock 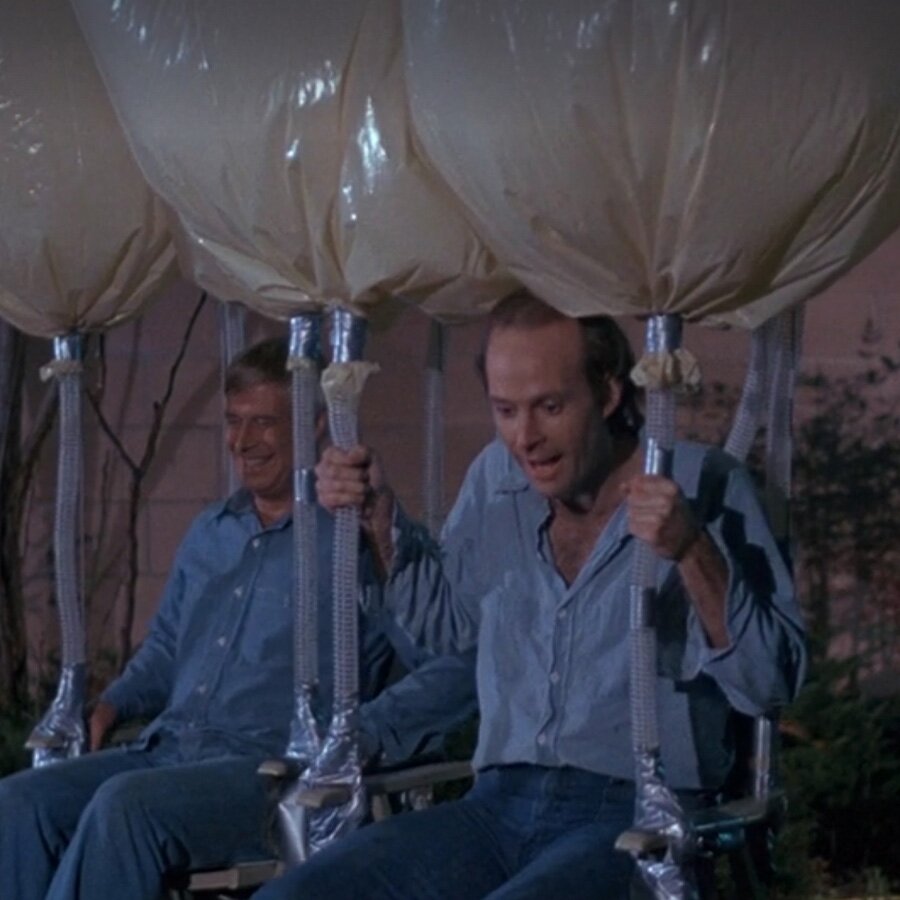 The ever-quick-witted response Howling Mad gives Hannibal when he asks, “How’d I let you talk me into this?” It’s really the only question to ask when escaping a prison on a pair of floating chairs powered by…. Trash bags. 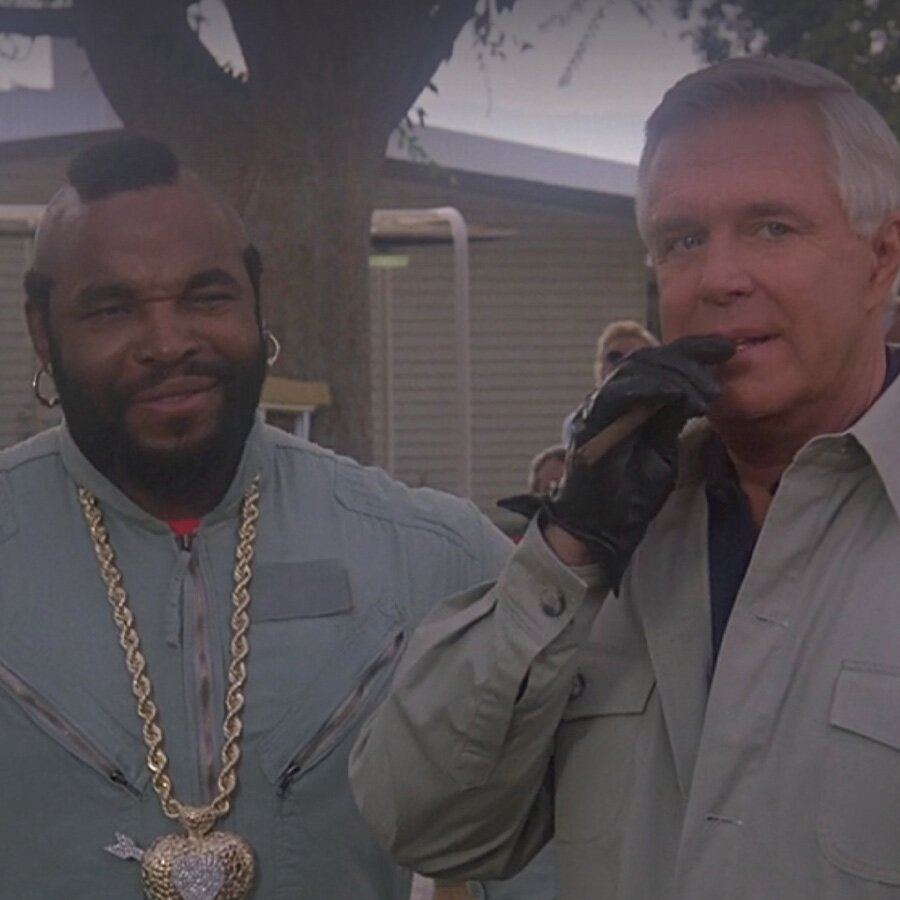 The line generally used by B.A. that’s directed at Hannibal meaning: He’s come up with a plan, but there is no conceivable way to get it done. In other words, this plan is crazy! 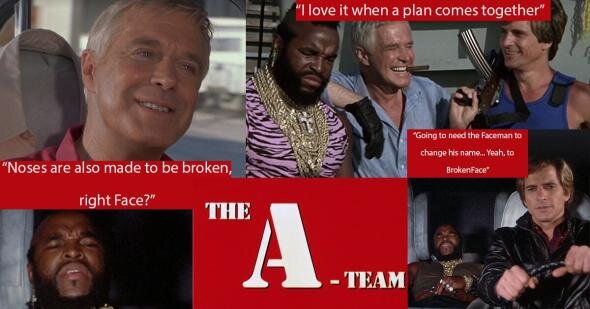 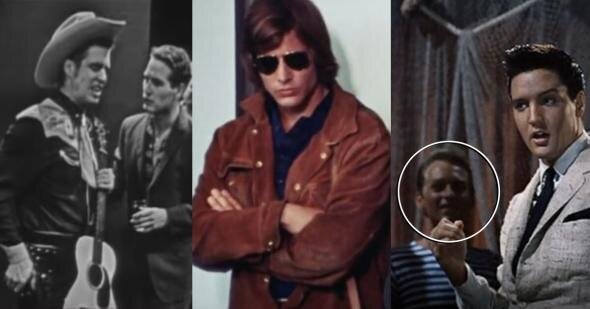 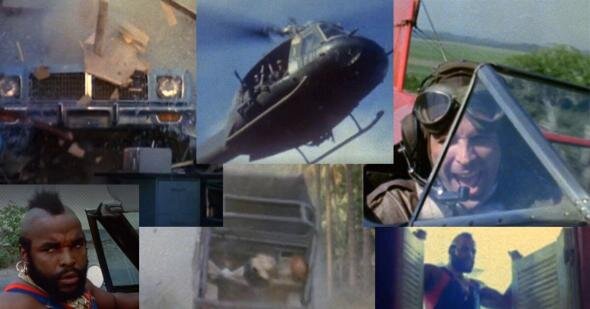 How well do you know the Season 1 opening credits to The A-Team?
Are you sure you want to delete this comment?
Close

RichLorn 6 months ago
Off topic straw poll:
What would you think of MeTV airing some classic game show reruns?
The (original) Hollywood Squares
The (original) Price is Right
The (original) Beat the Clock
The (original) Whats My Line
Truth or Consequences
Camouflage
et al.
Like Reply Delete

Pacificsun 6 months ago
Maybe I didn't watch enough of the Series in the day. And am now reading all the kind interviews Mr. T provided, and the compliments he received for being a wonderful personality.

From reading the quotes which always stand out, and I do understand it's what led to a rabid fan-following for Mr. T. I think it was too bad that he came across so angry in a lot of his interactions. Meaning, it would've been nice to offset that side of his negativity with "bits" that showed his sensitive side, too. It would've added depth to his role, and given him a chance to display more range in his acting. I never realized how young he was in that role. And relatively inexperienced as an actor compared to the rest of the ensemble!

Then again, maybe how he was, is exactly what made the Series so memorable, no worries!! 😉 Sometimes things just work out for the best!!
Like Reply Delete

LoveMETV22 Pacificsun 6 months ago
I hear what you're saying. On the set and lots of his interviews the hard guy persona comes across.
I found an interview where he is a little softer spoken. I'm sure there might be footage somewhere that shows the soft side of him. But anyway, here is the interview:

zman47240 6 months ago
This show is one of my all time favorites. All the characters are great, but I especially like the interaction and hilarious tension between B.A. and Murdoch.
Like Reply Delete

LincolnTek 6 months ago
Anyone remember exactly how Murdock got the trash bags for his flying chairs ?
Well here you go ... https://www.youtube.com/watch?v=gERZBWPhedQ
Like (1) Reply Delete

TlorDagama LincolnTek 6 months ago
Yes, it was the only thing that could 'calm him down' in the hospital.

tootsieg 6 months ago
The A-Team is such a fun show. I laugh through every episode. I did not watch it to first time around so I am enjoying it now.
Like (1) Reply Delete

Andybandit 6 months ago
I love the A-Team. The show is hilarious. Murdock is my favorite character on the show.
Like (3) Reply Delete

ItalGal68 Andybandit 4 months ago
He's my favorite, too. Also, did you see "The Sound of Thunder" episode last week? What a great episode. Ironically, I just found out Jack Ging (Gen. Fulbright) passed away on Sept 9 2022 at age 90. On that episode (spoiler alert) he died. That episode aired on Sept 8!
Like Reply Delete

UTZAAKE 6 months ago
Honorable mention: "I ain't goin' on no airplane!" B.A. Baracus had a serious fear of flying.
Like (3) Reply Delete

Zip UTZAAKE 6 months ago
Yes, how could they leave out that one?! He said that(or variations thereof) quite regularly.
I can still hear him saying it... "I ain't gett'n on no airplane!"
Like (1) Reply Delete

Pacificsun 6 months ago
This is such a fun show! Dwight Schultz is an acting genius. Saw him in the Perry Mason movie last Sunday night, and he was barely recognizable from his later incarnations (A-Team and ST:TNG. He has that controlled nervousness about himself, so unpredictable and funny.

Hope the Series lasts beyond Summer. It's an energetic addition to that block of time!
Like (2) Reply Delete

Zip Pacificsun 6 months ago
He is a very good actor. I loved him on Star Trek: TNG as Lt. Reginald Barclay(Broccoli), and of course as Murdock on The A-Team.

I identified with Barclay on Star Trek because that is how I would be on the Enterprise. Maybe not as nervous as he is, but making up all of these worlds in the holodeck. Man, if I only had one of those!
Like (2) Reply Delete

Pacificsun Zip 6 months ago
Well said!
Years: 83, 87, 90
In A-Team's original run, could 𝙣𝙤𝙩 figure out if Murdock was 𝒂𝒄𝒕𝒊𝒏𝒈 a fool, to get free room & board and protection. And was he truly annoying B.A. (Mr. T.) because he had that capacity. OR if he was a certified crazy-genius. Then came PM: Musical Murder, with the chaotic Tony Franken role. Who really pulled off the genius director/hateful human being thing. What did DR think of him?? Because you had to look so closely. With ST: Lt. Barclay he combined the pathetic with social ineptitude with sci-fi job passion. And you didn't know where to draw the line. But I would call it, a structured-chaos that he put into his roles. I've almost never wanted to see him as is, like in an interview, to ruin the illusion. But he sure knows how to steal his scenes. I love actors like that!!
Like (1) Reply Delete

ItalGal68 Pacificsun 5 months ago
I agree, and if I had watched the A-Team when I was in high school, I would have had a crush on him! :-)
Like (1) Reply Delete

gene 6 months ago
when is metv going to wise up and get that junk of a show off, it is the biggest junk show ever, they wised up and got rid of monk, another junk show

Pacificsun gene 6 months ago
They got rid of MONK because it was only a placeholder after Columbo left. And because it's a staple on Heroes & Icons. Not necessarily a fan of it. But offers fans of that decade something to watch. And it's all about choice, isn't it.
Like Reply Delete

LoveMETV22 gene 6 months ago
If it is producing💰💰, No time soon. Echoing the excellent point made by Pacificsun,
Monk was paired with Columbo. If the studio that owns the rights to Columbo didn't chose to end MeTV's agreement, you most likely would still be seeing Monk. They did choose a good replacement though to fill the time slot left vacant by those two series.
Like (1) Reply Delete

cperrynaples 6 months ago
I looked at 9 and my question is : Was Hannibal on drugs? We know Murdock was, that's why they call him Howling Mad...LOL!
Like (1) Reply Delete

Pacificsun cperrynaples 6 months ago
LOL!! You mean Hannibal OR Peppard?? I mean, in that decade was there a creative talent who wasn't? And by talent, I mean novelty. Oh sorry, guess I was watching too much SNL over the years. 🙂
Like Reply Delete