A Robert DeNiro says, "There ain't a better hot dog in America." 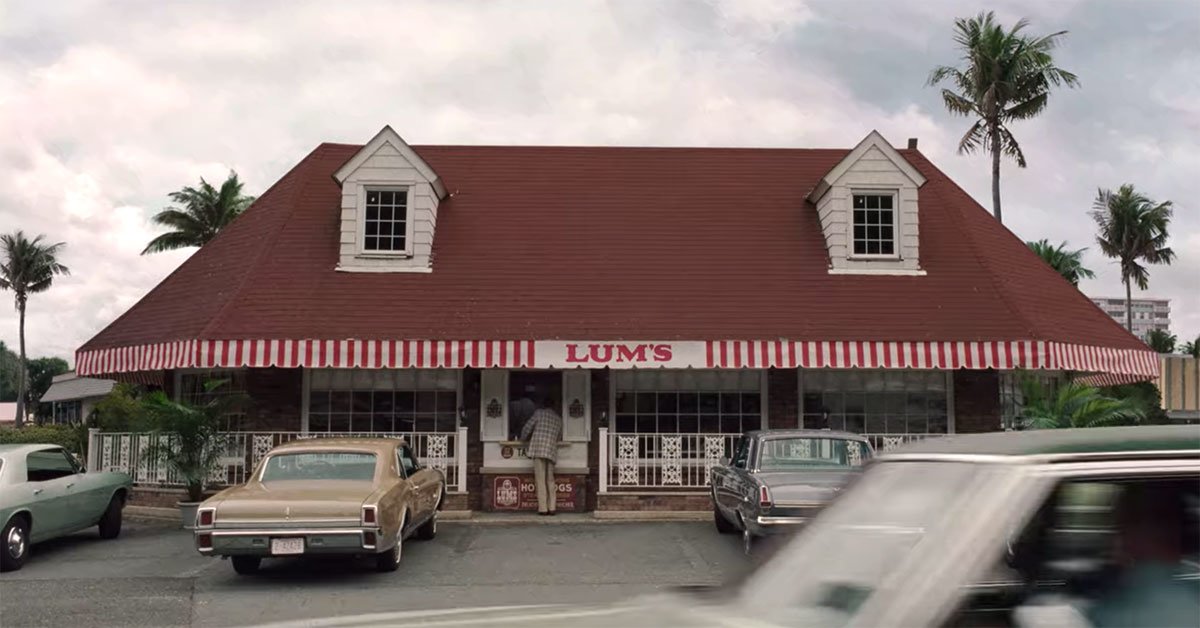 Martin Scorsese's marvelous movie The Irishman reunites the old gang to tell the saga of Jimmy Hoffa (Al Pacino) from the perspective of Teamsters official and unofficial Mafia hitman Frank Sheeran (Robert DeNiro). Seeing these iconic actors back together, along with Joe Pesci, through the magic of CGI de-aging is a throwback to the cinema of the 1970s, when Pacino and DeNiro carved their reputations as the best of their generation.

But that is not the only nostalgia at work in The Irishman. The epic also makes you drool for some vintage hot dogs.

One of the big things we learn about Hoffa is that the General President of the Teamsters loved hot fudge sundaes. Pacino spoons several cups of ice cream throughout the movie. Hoffa even savors sundaes in prison. He also enjoys encased meats.

Midway through the story, right after Hoffa gets out of jail, he heads to Miami for a meeting. DeNiro's character caters the affair.

"The first thing I did was, I picked up some chili dogs from Lum's, which Jimmy loved almost as much as ice cream," DeNiro narrates. "The secret is they steam them in beer. There ain't a better hot dog in America." 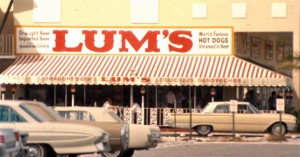 nostalgiafood
What ever happened to Lum's, the restaurant chain known for its beer-steamed hot dogs?

We know his love for Lum's is not unique. We have written about Lum's before, and we know MeTV fans share a love for those bear-steamed franks. The fast-food chain grew to 450 locations around the country and even purchased Caesar's Palace (it's a wonder the chain did not turn up in the Casino).

Scorsese even shows the beer-steaming process onscreen, as a short-order cook pours a pitcher of beer over the hot dogs on a flat-top grill.

But, by the end of the Seventies, the chain was struggling. Lum's largely vanished in the early Eighties.

The Irishman similarly gave us warm-and-fuzzy stomach growlings for HoJo's. Later in the film, DeNiro and Pesci stay at a Howard Johnson's. In the morning, they eat breakfast in the motel's empty restaurant. The production perfectly recreates the sherbet orange and teal interior of the bygone chain, which was beloved for its "28 Flavors" of ice cream. 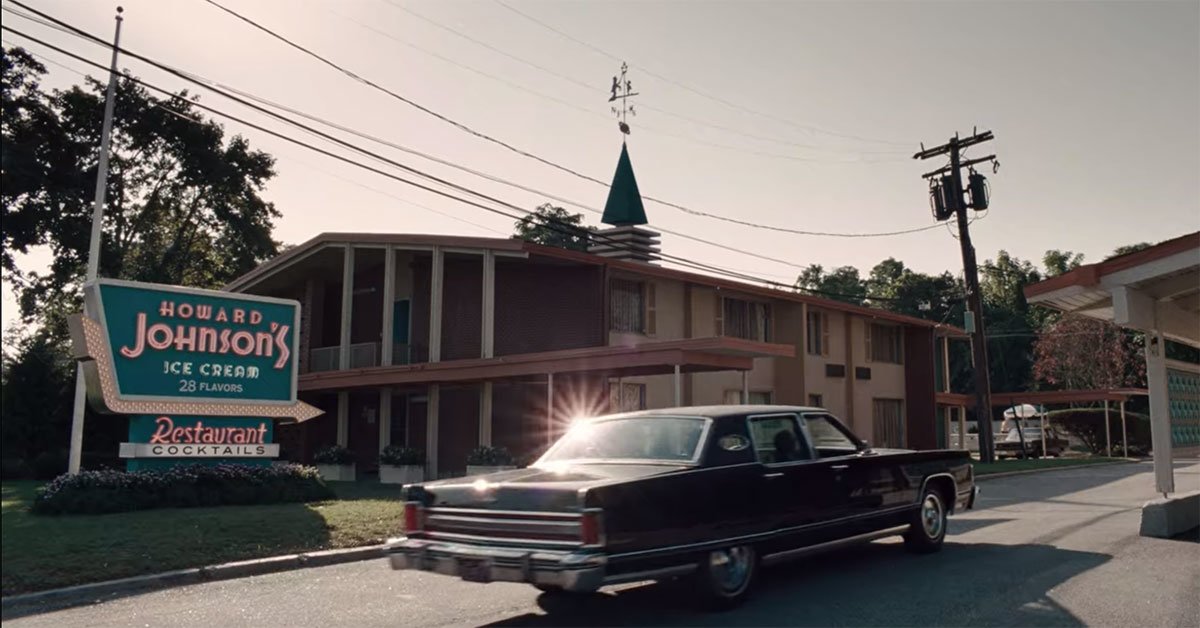 NetflixHoward Johnson's in 'The Irishman'

When DeNiro fixes himself a coffee, we even see some of those flavors posted on the wall — Banana, Strawberry Ripple, Burgundy Cherry, Butter Pecan.

Let's not forget that Howard Johnson's was once the largest restaurant chain in America.

Today, just one location remains, in Lake George, New York. And all the CGI in the world can't bring Strawberry Ripple back to your mouth.

NostalgiaFood
How well do you know hard candy?
Are you sure you want to delete this comment?
Close

Hello,
Settings / Logout
Newest | Oldest | Top Comments
DerekBird 7 months ago
Bought this at a second-hand store like The Good Will here in Montreal for $1.00. The nearest Lums to Montreal was in Plattsburgh, (In Upstate) New York (About a 60 minute drive from Montreal). Brian 25 months ago
Does anybody remember FrosTop Drive-In?
Like Reply Delete

RobCertSDSCascap 25 months ago
"and we know MeTV fans share a love for those bear-steamed franks."
Weren't those at A&W? 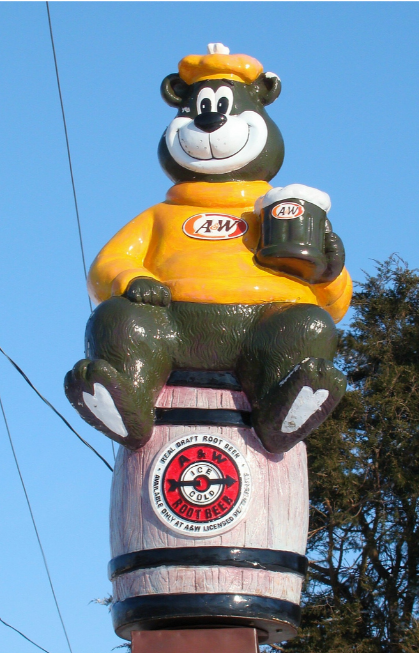 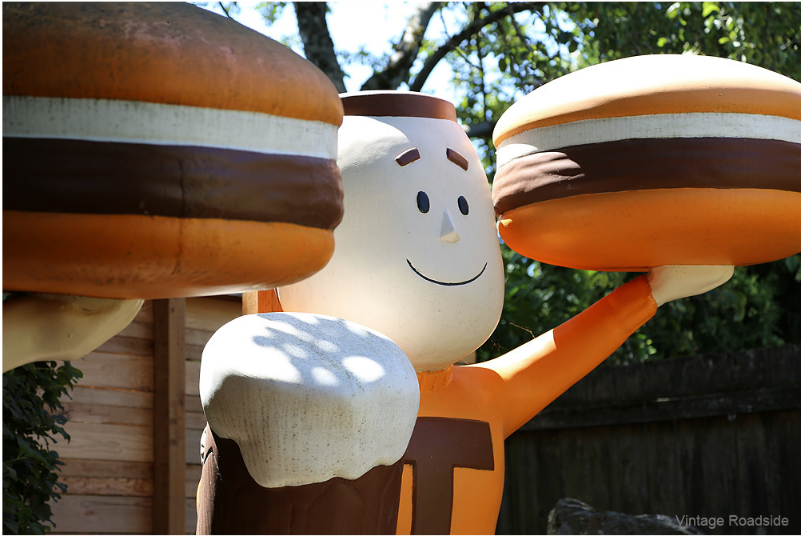 Utzaake RobCertSDSCascap 25 months ago
Both the A&W Family and Bear have been featured in Bill Griffith's Zippy.
Like (1) Reply Delete

Barry22 25 months ago
Use to go to our neighborhood's Lums all the time here in SOFL. HoJo's had good ice cream.
Like Reply Delete

idkwut2use 25 months ago
Used to have a Howard Johnson hotel in my town when I was little; I remember the roof! ^^
Like Reply Delete

Or drag a file here to upload
Moody 25 months ago
I remember both restaurants where I grew up but we never ate there.
Like Reply Delete