Think you could name all 28 ice cream flavors? Or eat them? 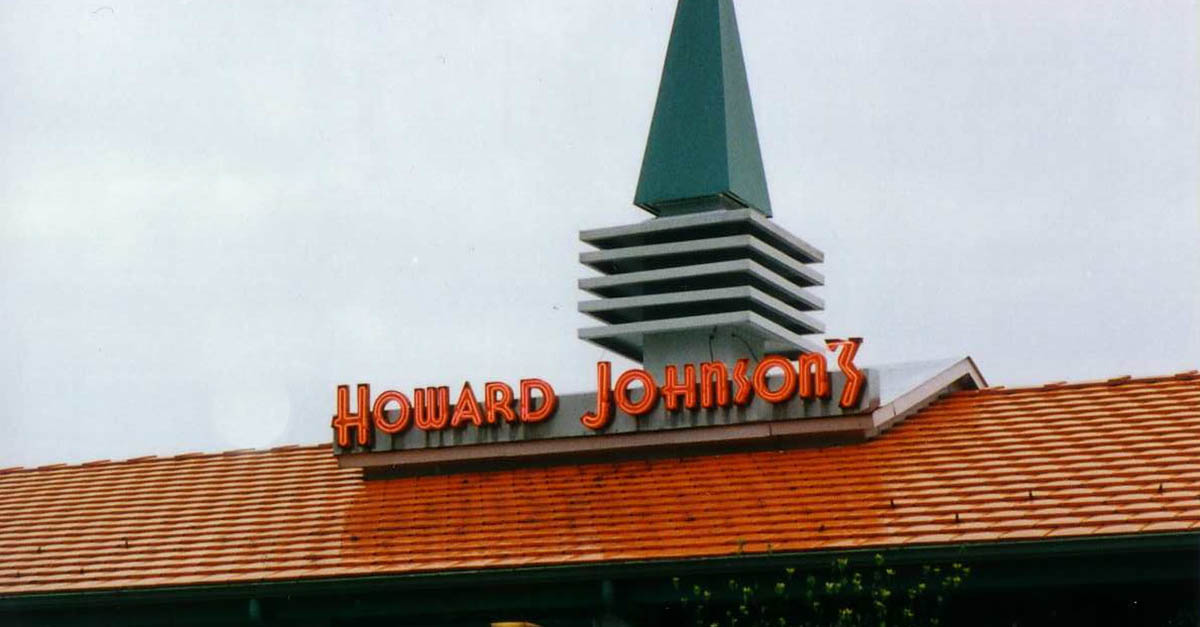 The bright orange roof with pops of turquoise. The weather vane on top. Simple Simon and the Pieman.

For many Americans, the name Howard Johnson's evokes memories of road trips and family meals. Today, the name is most synonymous with hotel chains, but HoJo's once dominated the dining scene of our country. At its peak in the 1960s and 1970s, there were around 1,000 Howard Johnson's restaurants alongside our motorways. It's no wonder that Mad Men set an episode in one of their sherbet-colored diners. With its bright Florida-like colors and ultra modern ranch design, HoJo's was the ultimate place to pop in for a burger and ice cream in the midcentury.

Here are some things you might remember about the chain. 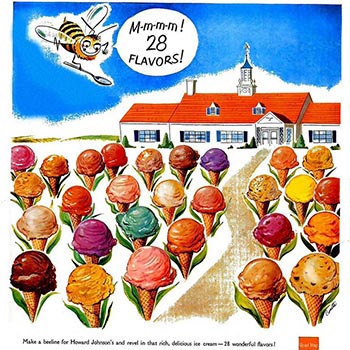 2. The company's Simple Simon and the Pieman logo was drawn by freelance artist Joseph Alcott. 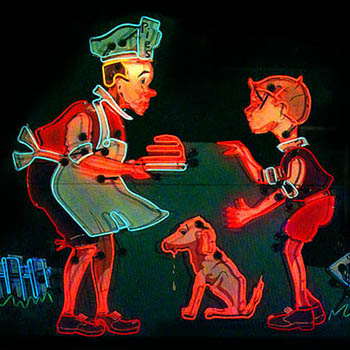 The corporate mascots were carved in stone and lit up in neon outside most locations. Does anyone know the dog's name?

3. The kid's menu was themed on nursery rhymes. 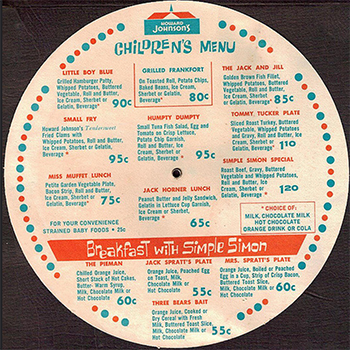 Hey, where are the curds and whey in the Miss Muffet Lunch?

4. Their food was even sold in the freezer aisle. 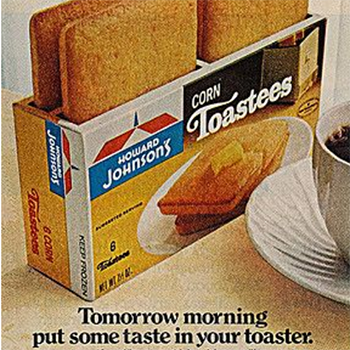 The Corn Toastees were rectangular cornbread cakes that you could pop in the toaster. You could also find HoJo's fried clams and macaroni & cheese at your local grocery store.

5. HoJo's opened its first motor lodge in 1954 in Savannah, Georgia. 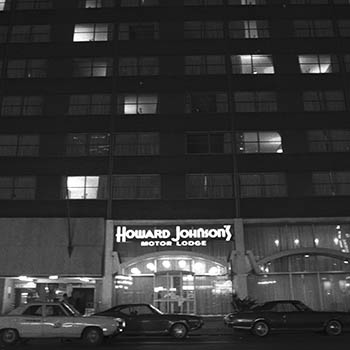 Three decades passed until HoJo's branched out into the hotel business. The company's architecture team of Rufus Nims and Karl Koch designed the lodge. 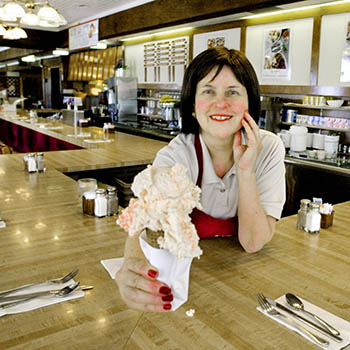 Most of these spin-off concepts arrived in the early 1980s. Bumbershoots was aimed as the young adult crowd with an emphasis on booze and fresh food. Paddywacks was just an attempt to experiment with menu and decor. Pickle Lilys put fresh flowers on the table. The company's most successful spin-off was Ground Round, which began in 1969 and carries on in some corners of the country today.

7. There is one HoJo's restaurant still hanging on. 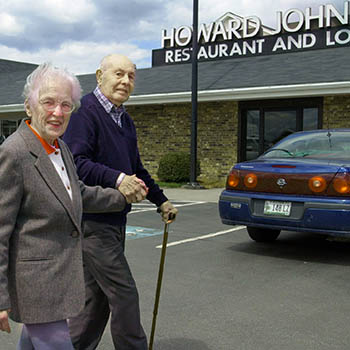 Just a couple locations made it to the modern day, one in Lake George, New York, in the Adirondacks. That being said, the orange roofs are long gone.

GeorgeSimpson 34 months ago
The pic on fact #7 is not the Lake George HoJo. If you want to know more about Howard Johnson, check out Hojoland.com.
Like Reply Delete

jjMeTV 34 months ago
I'm a longtime fan of Howard Johnson's...have dined in some of the restaurants, stayed at one motor lodge, had two model kits and love the Toastees...would be great if more restaurants opened, looking just like they used to...
Like Reply Delete