Mrs. Rayburn had some pretty weird stuff to say to Ward Cleaver. 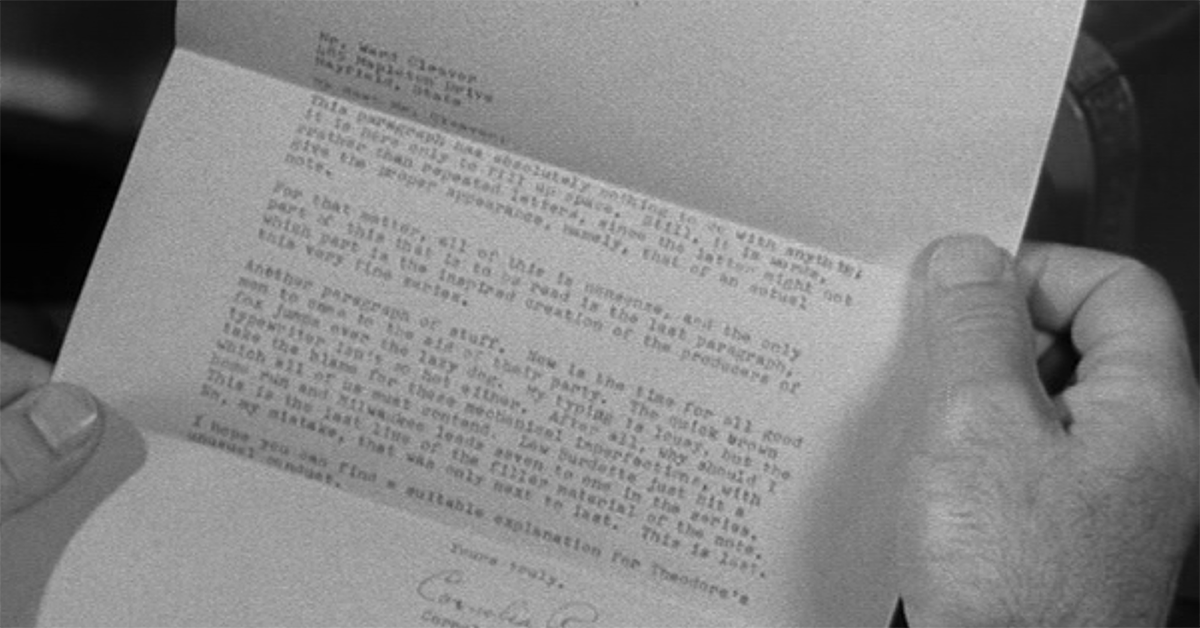 Nothing causes dread in a third grader like a letter to the parents from the principal. Well, peer pressure comes close. Eight-year-old Theodore "Beaver" Cleaver deals with both in "Her Idol," the sixth episode in season two of Leave It to Beaver.

Beaver has a crush on a girl named Linda Dennison. His supposed pals, Whitey, Judy and Larry, tease him mercilessly. Like any kid on a playground, Beaver denies his feelings. His buddies ask him to prove it — they dare him to call poor Linda Dennison a bad name. 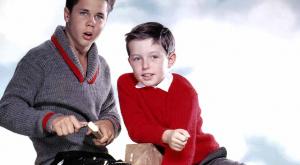 He does. He calls her a "smelly old ape." To her face! Hey, those were fighting words in 1958 television.

The incident, naturally, leads to a trip to the principal, Mrs. Rayburn. She types a letter for Beaver to deliver to his dad.

"I hope you can find a suitable explanation for Theodore's unusual conduct," Ward Cleaver reads over a close-up shot of the letter. That is indeed the closing sentence of the note. However, what precedes it is a inside joke for the show's writers. Perhaps by the standards of 1958 television, the words were not so easy to read on the screen. In the modern day of hi-def, they are clear. And they are comical.

You can see a shot of the letter at the top of the page. Here is what it actually says:

This paragraph has absolutely nothing to do with anything. It is here merely to fill up space. Still, it is words, rather than repeated letters, since the latter might not give the proper appearance, namely, that of an actual note.

For that matter, all of this is nonsense, and the only part of this that is to be read is the last paragraph, which part is the inspired creation of the producers of this very fine series.

Another paragraph of stuff. Now is the time for all good men to come to the aid of their party. The quick brown fox jumps over the lazy dog. My typing is lousy, but the typewriter isn’t so hot either. After all, why should I take the blame for these mechanical imperfections, with which all of us must contend. Lew Burdette just hit a home run and Milwaukee leads seven to one in the series. This is the last line of the filler material of the note. No, my mistake, that was only the next to last. This is last.

I hope you can find a suitable explanation for Theodore’s unusual conduct.

There's a fascinating piece of trivia in the letter that reveals the exact date of its creation. The writer mentions "Lew Burdette just hit a home run and Milwaukee leads seven to one in the series." He is referring to Game 2 of the 1958 World Series, which pit the New York Yankees against the Milwaukee Braves. The game was held at 2PM Central on October 2, 1958, in Milwaukee. The letter must have been written at the bottom of the first inning, when Braves pitcher Lew Burdette smashed a three-run homer to put his team up 7–1.

The episode itself aired on November 6. That's a rather quick turnaround time for a television production, especially by today's standards. They worked fast and quick back in those days. 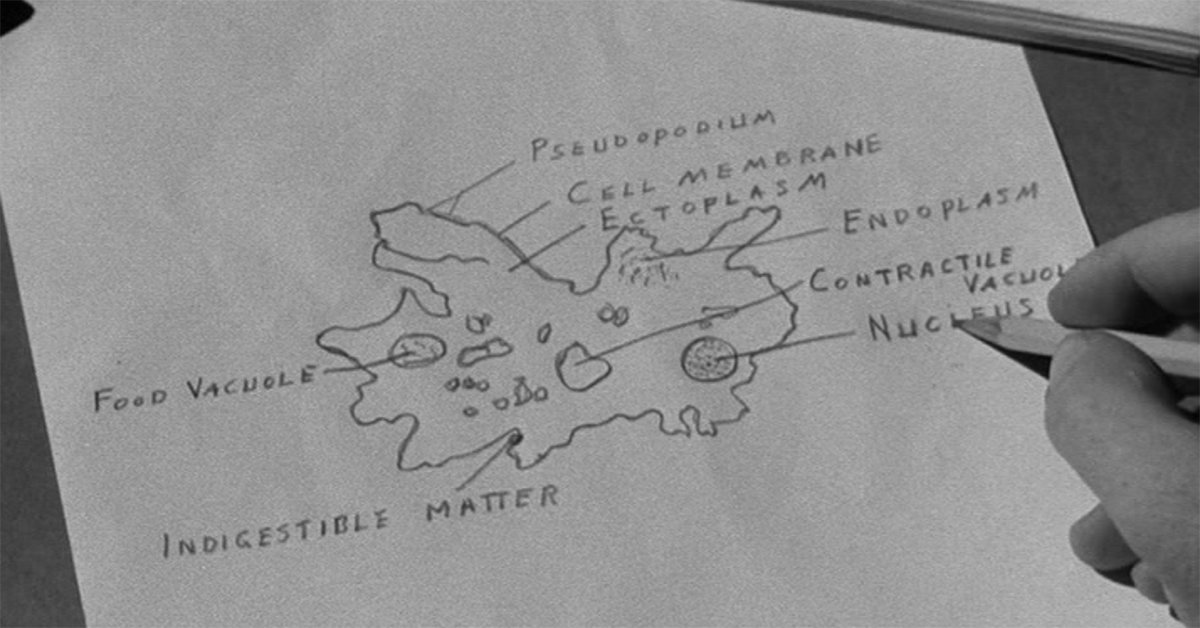 Earlier in the episode, however, Wally is working on his biology homework, drawing an amoeba. The writers did at least get that correct in the close-up. See? TV can be educational, too.