Where To Watch Shop Store Contact
Home / Stories / Just how many Tigers were there on The Brady Bunch?
Did you know?

Just how many Tigers were there on The Brady Bunch?

Here's a story… about several dogs named Tiger. Warning: It gets sad. 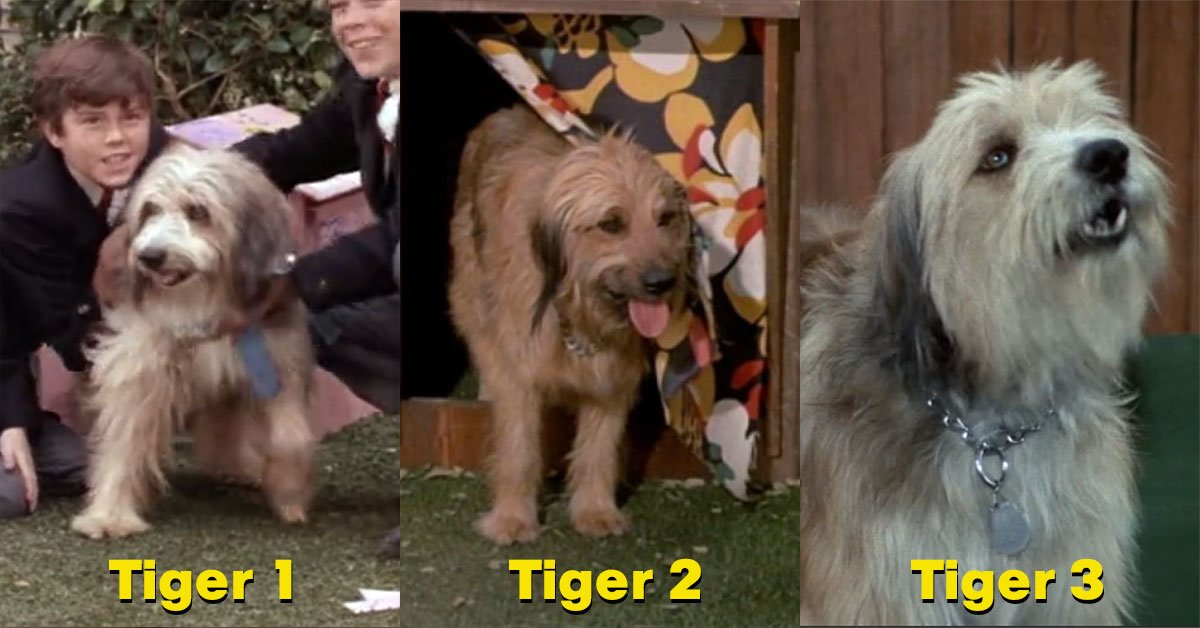 The Brady Kids had their fair share of cute pets over the course of five seasons — Fluffy the cat, Bobby's parakeet, Herman the turtle, Spunker the frog, Romeo and Juliet the rabbits, Cousin Oliver. We kid, we kid. Most of the animals come and go quickly, appearing in just one measly episode. Even Fluffy, the well-known kitty, only shows up in the pilot episode.

Of course, the most familiar Brady beast is undoubtedly Tiger the dog. Yet, even the beloved Tiger can only be spotted in ten episodes. He vanished midway through season two, bowing (barking?) out with "The Impractical Joker." His empty doghouse remained as a totem to his memory on the Astroturf backyard.

So, what happened to Tiger?

The shaggy brown… wait, gray-and-white? Sandy? What color was Tiger? You are excused if you can't clearly recall. Because multiple dogs played Tiger. Brace yourself, because the story is rather heartbreaking. 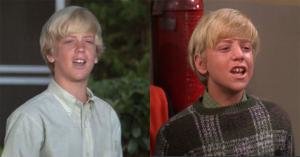 Greg Brady himself, Barry Williams, broke the unfortunate story decades ago in his 1992 memoir Growing Up Brady: I Was a Teenage Greg.

"Normally whenever I'm asked 'Whatever happened to Tiger?' I'll hide the truth, fake a plastic smile, and spit out some insipid euphemism like 'Well, Tiger's in doggie heaven now,'" Williams wrote. "That's because the real answer… has been just too gruesome to talk about."

According to Williams, the gruesome incident happened during the filming of "Katchoo," the fifth episode of season one. (It was the third filmed, as the production order does not match the order in which they aired.) The child actors were filming a tearful climactic scene where they clutch onto the dog, fearful that the pooch must go away due to allergies. The problem was, the canine actor refused to sit still for the scene.

After prodding, the trainer confessed, "It's a different dog." Williams then explained that the "original" (more on that in a bit) Tiger had wandered around loose the prior evening — and gotten run over by a florist's truck. In his book, Williams claims the trainer found a last-minute look-alike in a pound.

This tale is corroborated by Brady creator Sherwood Schwartz in The Encyclopedia of TV Pets: A Complete History of Television's Greatest Animal Stars (2002). "We talked to the trainer about it, and he told us the reason," Schwartz said. "This was a new Tiger. This Tiger didn't understand instructions because he had never been instructed. When Tiger had been taken home the previous week, he got loose from the trainer and ran out on the street and was killed by a car." The minor details differ — did he die the prior evening or the previous week? Was it a flower truck or car? Memories get fuzzy after decades of distance.

Likewise, when we try to spot the swap onscreen, things get even more complicated. If the "real" Tiger died that early in production, why was the unruly, untrained replacement used for nearly a full year after that, for seven more episodes? The "real" Tiger can be easily spotted. He has a darker, browner coat, with black fur on the tips of his ears and around his muzzle. The imposter wears a paler, poofier coat. You can certainly recognize the substitute in season two.

Why get bogged down in the nitpicky details? We do know that that Tiger kicked the bucket, that he was replaced, and that he vanished in season two.

But here's another surprise — there was a third Tiger.

The Encyclopedia of TV Pets completes the saga. Brady Bunch animal trainer Karl Lewis Miller said, "I was the trainer of the dog for the beginning of the series. In the pilot, where they have the big wedding party and the dog chasing the cat, that was another dog that played Tiger." We marked him "Tiger 1" in the image up top. Indeed, he looks different.

Supplier Lou Schumacher provided the second dog following the pilot, what we think of as the "real" Tiger. This animal actor was actually named Tiger. We marked him "Tiger 2" above. He is the one who met the unfortunate end with a motor vehicle.

"Tiger 3" turned out to be too much to handle. "The only way to solve the problem was to nail the dog to the floor," Schwartz confessed. Not literally. He means that they fastened his collar to the floor to keep him still. 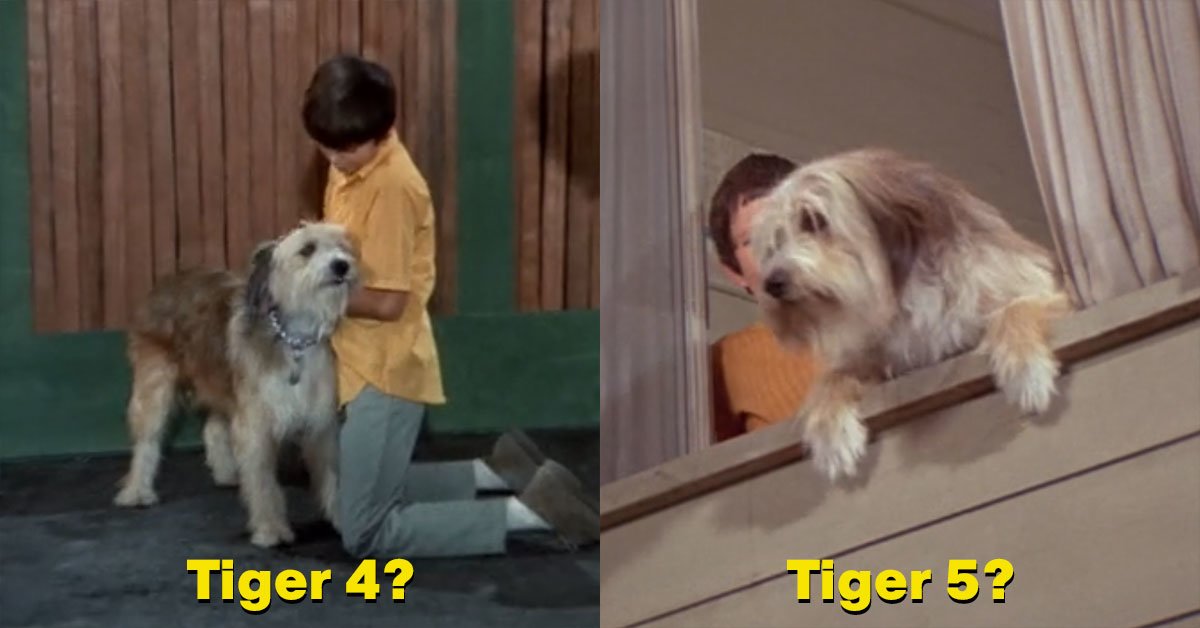 'The Encyclopedia of TV Pets' wrote of a possible fourth and fifth Tigers used.

The Encyclopedia of TV Pets reports of a fourth Tiger being used for "Tiger, Tiger" (season one, episode 18)… and an alleged fifth Tiger used in the second season. This fifth and final Tiger also "acted" in the 1975 film A Boy and His Dog, according to authors Ken Beck and Jim Clark. See if you can spot any differences in the insert image above. 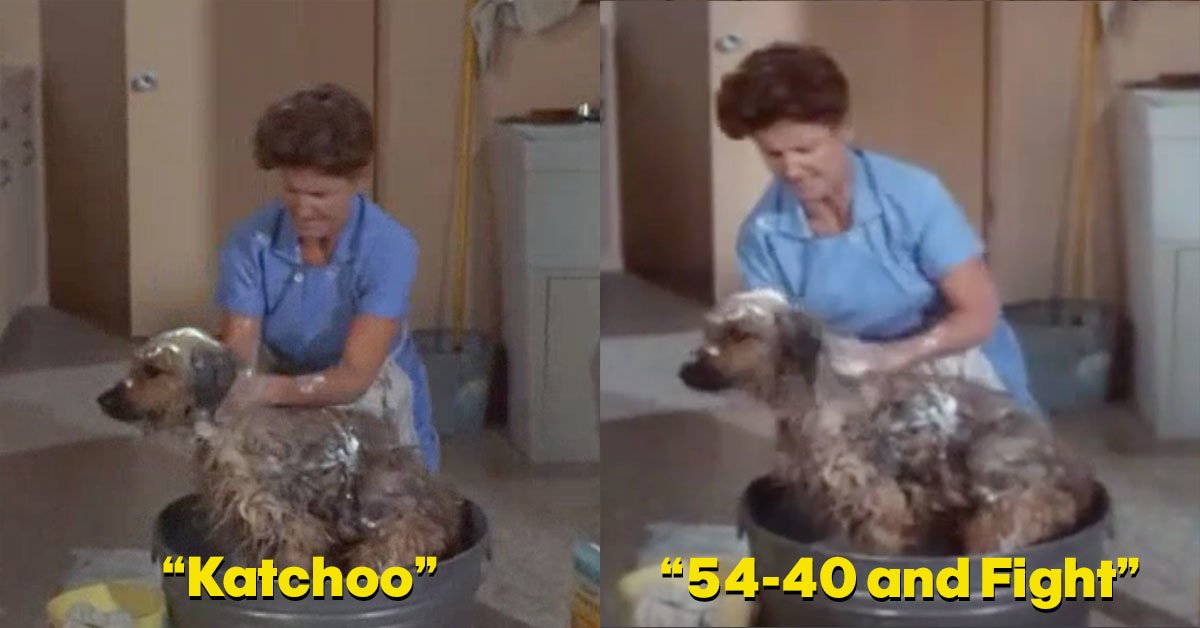 If you are lamenting the loss of the true Tiger, be thankful that we at least got to see a little more of him thanks to recycling. Did you ever notice that "54-40 and Fight" completely reuses a bathing scene from "Katchoo"?

Alice washed the dog in a metal tub in "Katchoo." The exact same clip returns again in "54-40 and Fight." That's one easy way to get a dog to to do what you want again and again. 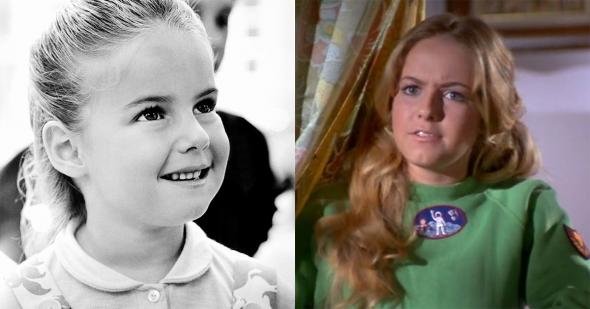 Did you know?1960s
Did you ever notice one of the Von Trapp children became a love interest for Peter Brady? 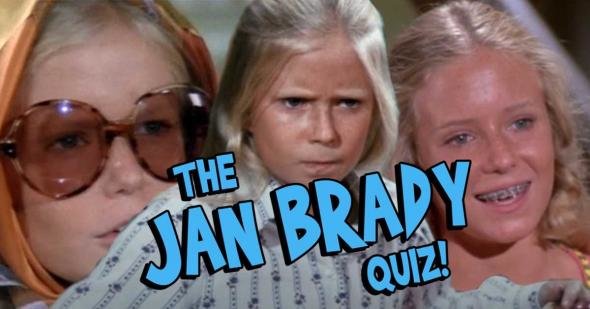 quiz
How much do you really remember about Jan Brady? 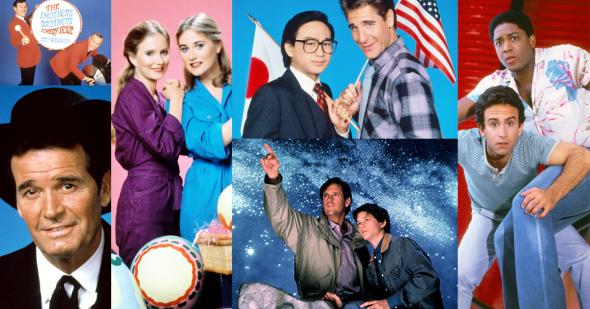 nostalgia
These 10 forgotten TV reboots of the 1980s prove Hollywood has always been into recycling
Are you sure you want to delete this comment?
Close

lweisberg18 20 months ago
5 Scenes that never happened in these Brady Bunch episodes because the scene be too
long or somebody be hurt really bad
1.My Sister Benedict Arnold
In the beginning when the Brady Dunking Booth is empty and Alice is telling Bobby and
Cindy how the Booth will work and Peter is coming out the dunking seat breaks and Peter
falls backward in the empty dunking booth
2.Hawaii Bound
When the Brady Boys get to the Beach in their sandals Greg and Peter were supposed
to lock Bobby in one of the two empty Beach lockers and after they shut Bobby into a
locker they say to him what do you say about good luck now Shrimpo Shorty and
then Greg and Peter go to the beach and it shows the girls scene where they go to a
hula lesson and because Bobby is in the next boys scene it be rumored that when
Alice gets a crick in her back a Janitor came and let Bobby out of the locker
3.Room at the Top
When Greg and his Friend Hank see Bobby watching Tv after the quotes Bobby can you
watch the show somewhere else This is a family Room Greg Hank picks up Bobby shuts off
the tv and locks Bobby in the closet and then Greg tells Hank they should go up to Gregs room
to have privacy but when Peter comes into Gregs room (being rumored that without noticing Peter let Bobby out of the closet when Peter came in the house) Greg says we cant shut
Peter in a closet Hank then offers we can go to my Apartment and have all the privacy there
and so goes the rest of the show
4.The Cincinatti Kids
Near the end when Bobby and Cindy are running to bring there dads sketches to him an unknown teenager in the amusement park picks up Bobby and after Bobby drops the
sketches in Cindys hand the Teenager throws Bobby in the amusement park trashcan
since Bobby is in the next scene it be rumored that when Cindy ran to her mom and Alice
and gave them the sketches that they give to the dad Bobby crawled out of the Trashcan
without getting hurt
5.Peter and The Wolf
Bobby Brady wasnt supposed to appear in the episode at all because he hardly had any scenes in this episode but because Bobby Isn't in the scene where Greg and Peter are
being talked about their behavior about the Pizza Place It's either rumored Bobby was told
to go to a Friends house or before Greg and Peter got a Talking too they shut Bobby into the
closet and when the episode was over Greg and Peter let Bobby out
Like Reply Delete

Get me some coffee and 24 Hour Fitness
Like Reply Delete

NormHinderliter 24 months ago
The Brady Bunch must, still, be a hit, with viewers, since this is the umpteenth article, that I have seen, on this classic show. No matter how "dated" this show is, it still warms the heart, and proves that happy families (even blended ones) are possible.

I would suggest a re-make, with a new cast, but I know that, with all the profanity, and nudity, allowed, on television, it just would NOT be the same.

There is only one Brady Bunch, and MeTV has them.

Praise the Lord for Memorable Entertainment Television.
Like (1) Reply Delete

daDoctah 24 months ago
Well of *course* there were three tigers! The movie "Tora! Tora! Tora!" about the attack on Pearl Harbor was immensely popular at the time, and "tora" is the Japanese word for "tiger".
Like Reply Delete

ELEANOR 24 months ago
Later on, Tiger disappeared completely, but his dog house remained. It covered up a device on the set. It was also a handy place that Mike Lookinland (Bobby) and Susan Olsen (Cindy) to take breaks in.
Like Reply Delete

JohnGibbons ELEANOR 24 months ago
Actually I believe it covered a burn mark on the AstroTurf where a stage light had fallen.
Like (1) Reply Delete

Wiseguy ELEANOR 24 months ago
Even if the dog disappeared (for viewers), did they still have a dog? That would explain the doghouse.
Like Reply Delete