It would be the last time an instrumental TV theme hit number one on the Billboard Hot 100. 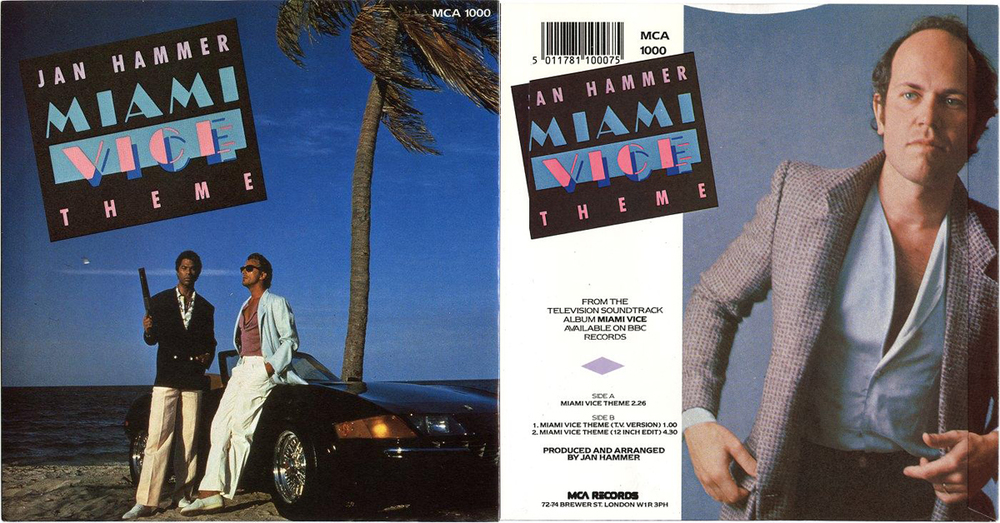 Instrumental songs do not often top the pop charts, but a TV theme song going number one is a truly rare phenomenon. When Billboard magazine released its stats in the second week of November 1985, a new hit had dethroned Stevie Wonder's "Part Time Lover." The deeply cool, neon-lit cop drama Miami Vice was into its second season. With its pink flamingos, white Ferraris and copious synthesizers, the stylish Michael Mann production had climbed from No. 31 in the Nielsen Ratings its first year to the top ten. It was the zeitgeist-iest show of the middle 1980s. The music certainly had a lot to do with that. 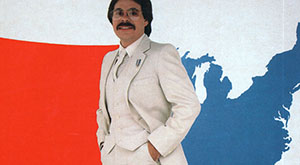 Jan Hammer was born in Prague. In 1968, as the Eastern Bloc sunk its claws into Czechoslovakia, the keyboardist moved to America to study music. The jazz player worked behind Sarah Vaughan early on, and moved on to help pioneer jazz fusion in collaborations with Jeff Beck and Journey guitarist Neal Schon. While he was known by jazz heads, Hammer leapt into rock star territory thanks to his driving, moody Miami Vice music.

Before "Miami Vice Theme" hit No. 1, the last instrumental TV theme to top the charts was "Peter Gunn Theme" in 1959. However, Miami Vice landed a double whammy when its soundtrack album also hit No. 1 that same week, the November 9 issue of Billboard. It would be the only time in history a television theme song and soundtrack would simultaneously rule the charts. Only once since then has a TV theme song gone to the top — "How Do You Talk to an Angel," in 1992. That, however, had lyrics.

The Miami Vice soundtrack almost contained more pop hits. The track list was initially slated to only offer Hammer's theme along with a slew of sleek rock tracks along the lines of "In the Air Tonight." Hammer threatened to pull out unless more of his compositions made the album. His ultimatum worked, and three additional Hammer pieces were added to the LP.

He had a point. "Crockett's Theme" was also a No. 1 hit. Well, in the Netherlands, at least.