James Dean, yes that James Dean, will star in an upcoming movie via computer technology

65 years after his death, he will have a lead role. 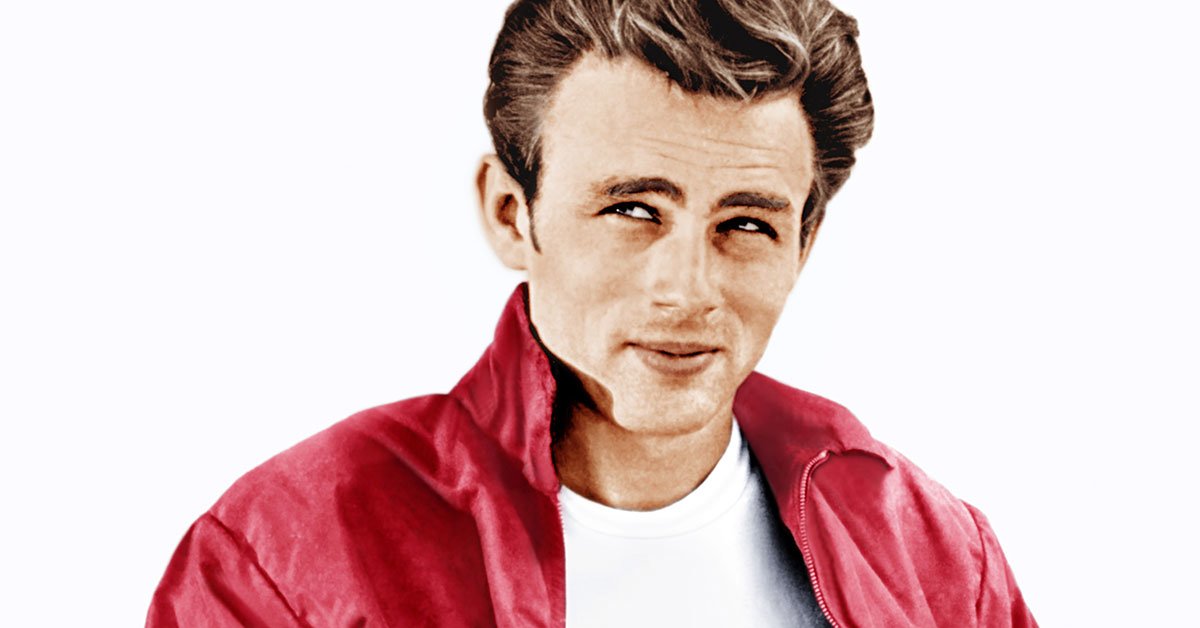 James Dean, arguably the biggest male fashion icon of the 1950s, starred in just three movies. In a brief window, between 1955–56, the Hoosier heartthrob rocketed to idol status with mesmerizing performances in East of Eden, Rebel Without a Cause and Giant. With his casually swept hair, white tees and jeans, Dean epitomized the brooding cool of post-war teenagers.

He would be dead before Rebel and Giant even hit theaters. He slammed his Porsche into a Ford in a fatal car crash in the fall of 1955.

Next year, Dean will return to the big screen with a major role in a Vietnam War film called Finding Jack.

You can thank — or blame, depending on your technological views — CGI for the modern movie magic.

Directors Anton Ernst and Tati Golykh, whose production house Magic City Films holds the rights to Dean's image from his family, have "cast" James Dean for their 'Nam tale, which centers around the use of military dogs.

"We searched high and low for the perfect character to portray the role of Rogan, which has some extreme [sic] complex character arcs, and after months of research, we decided on James Dean," Ernst told The Hollywood Reporter, who broke the news.

The movie will be "live-action," with the likeness of Dean digitally inserted. Something like this was inevitable, as Star Wars movies have already featured digital likenesses of Peter Cushing and Carrie Fisher. This, however, takes the technique to a new level, bringing back a household name for a significant role. Another actor will provide Dean's voice. Production starts later this month, with a release eyed for Veterans Day in 2020.

Before becoming a teen idol, Dean performed in a string of anthology television series in the early Fifties, showing off his smoldering skills in shows like Kraft Television Theatre, Westinghouse Studio One, The Philco Television Playhouse and General Electric Theater.

The big question is — who's next? Elvis? Lucy? Marilyn? It is bound to happen. With "deepfake" tech, the process will only become easier. We've been on this trajectory for two decades, ever since a deceased Fred Astaire danced with a vacuum cleaner in a Super Bowl commercial.

Does this worry you? Is there anyone you'd like to see brought back?

1960scartoonsnewsmovies
Here's your first look at ''Scoob'' and the new Hanna-Barbera cinematic universe
Are you sure you want to delete this comment?
Close

Runeshaper 30 months ago
This is rather going to be very cool or a complete disappointment. I mean, it's great that a new generation gets to see Dean on film. At the same time, if you think James Dean was a great actor or not, this action might turn out to be quite discrediting for him, & it's not really him. I agree that he was "arguably the biggest male fashion icon of the 1950s," & would say that James Dean is timeless. However, I'm a little uneasy about seeing him again on screen. Using CGI along with someone else's voice might complete the character, but somehow it just feels wrong.
Like (1) Reply Delete

Lantern 30 months ago
This is a slippery slope here.
Like (1) Reply Delete

teire 30 months ago
We could finally see Julie Andrews as Eliza in My Fair Lady. I love Audrey Hepburn but that would be cool.
Like (2) Reply Delete

MrsPhilHarris 30 months ago
This is just my opinion, but I have always found him to overact. I never understood what all the fuss was about.
Like Reply Delete

Barry22 MrsPhilHarris 30 months ago
Agree, When I watch Rebel Without a Clue, I mean Cause, I find him almost annoying.
Like (1) Reply Delete

harlow1313 Barry22 30 months ago
He inspired the great Tommy Wiseau. "You are tearing me apart, Lisa!!"
Like Reply Delete

harlow1313 31 months ago
Metv asks: Is there anyone you'd like to see brought back?

Burt Mustin. They don't come any cooler.
Like (2) Reply Delete

JohnDolusic 31 months ago
John Wayne western would be a cool thing to try.
Like (2) Reply Delete