America’s #1 Classic Television Network
Find your local MeTV station
Where to watch
See when your favorite shows are on
See schedule
Personalize MeTV.com to follow your favorite shows
Free sign-up
Shop your favorite shows in the MeTV Store
Shop Now
Home / Stories / In 1967, the United Network tried to take on the big three — and lasted a month
Did you know?

In 1967, the United Network tried to take on the big three — and lasted a month

A late-night show in Vegas was not enough to support this TV network. 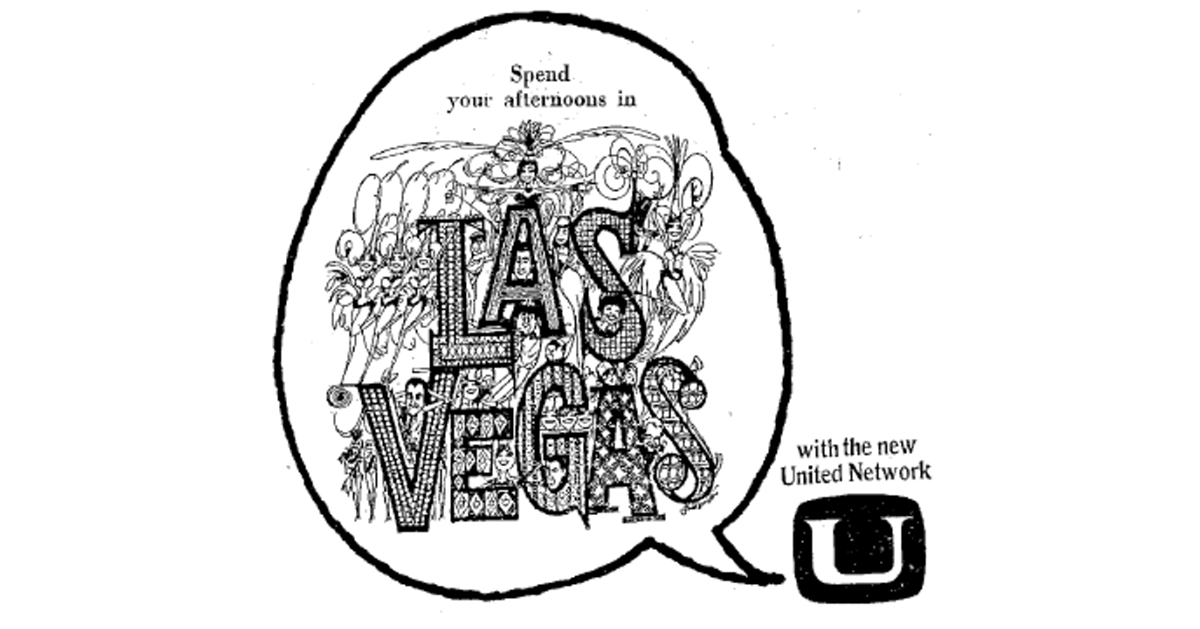 Who knew it would take a couple of bad dads to make a fourth major television network click? The Fox network launched in the spring of 1987. At long last, a broadcasting company was able to grab a foothold against ABC, CBS and NBC. This was mostly thanks to edgy programming like Married... with Children and The Tracy Ulman Show, which both offered updates on Archie Bunker in Al Bundy and Homer Simpson.

Fox was hardly the first attempt at a fourth network. The DuMont network had the best run at it, as the channel began in television's earliest days. Kicking off in 1946, DuMont lured in the entire American family with programming like Captain Video and His Video Rangers, Your Television Babysitter and broadcasts of the NFL and wrestling. As a pioneer of the medium with a variety of shows, DuMont managed to last a decade. It would take about ten years for another challenger to rise. 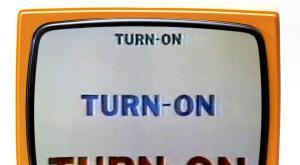 Do you remember 'Turn-On', the shortest lived TV show ever?

Daniel H. Overmyer made millions from owning warehouses. The weathly Ohioan bought up UHF stations in Northern Ohio to build the OCC, the Overmyer Communications Company. Next, he dreamed of his own Overmyer Network. He worked to secure a contract with the Continental Football League, a struggling NFL alternative with franchises like the Montreal Beavers and the Brooklyn Dodgers. The conservative businessman once proclaimed, "I'm against smut." Odd, then, that the network would launch on the back of The Las Vegas Show, a late-night variety extravaganza broadcast live from the Strip in the Hotel Hacienda.

Unfortunately, before the official launch, Overmyer had been bought out as the majority shareholder. A group of 11 businessmen took control and renamed the effort the United Network.

Hosted by comedian Bill Dana, The Las Vegas Show featured talented regulars like Joanne Worley, who would go on to slay with chicken jokes on Rowan and Martin's Laugh-In. Dana was best known for his caricature José Jiménez, a fictional Bolivian with a heavy accent who appeared on everything from The Ed Sullivan Show to Batman. The series premiered, along with the Overmyer Network, on May 1, 1967. A little more than 100 affiliates around the country had signed on with the United Network. Even WGN-TV in Chicago was onboard. Ratings proved to be decent, as The Las Vegas Show lured about 2.6 million viewers.

There was one fatal flaw in the plan, however. Money, naturally. Launching at the end of the typically network season meant that advertisers had blown most of their budget. Renting transmission lines from Bell Systems proved to be costly, too. By May 23, there were news reports declaring, "the new United Network is in serious financial trouble…. The network's lone entry to date — the Bill Dana–hosted Las Vegas Show — has only been able to sell about half its commercial availabilities."

On June 1, it was all over. The plug had been pulled.

Dario 14 months ago
That program must have been bad for it to be on the air for exactly a month! Hmmmm.....😐😐😐😐😐
Like Reply Delete

insert_funny Dario 14 months ago
There was a lot more going on than this article was able to get into.

To provide a base of stations for his network, Overmyer bought up a number of construction permits for television stations, which he had to later sell off. In fact, the only station carrying the network that Overmyer built himself was WDHO-TV in his hometown of Toledo, Ohio. This would lead to Congressional hearings on Overmyer's fitness as a station owner and eventually new regulations that ensured anyone awarded a construction permit would have the financing necessary to bring the station on the air.

Another factor in the network's quick demise was Ma Bell. Leasing time on AT&T's long lines was pretty much essential in order to serve the stations of a national network. Most of Overmyer's programming wasn't ready to go yet, leaving only The Las Vegas Show as its sole offering. The program aired for two hours, but AT&T only leased out time on its lines in eight hour blocks. With no revenue coming in to pay for all those unfilled hours, the losses quickly mounted.

There's a pretty definitive history of the network and its maladies here: http://www.uhftelevision.com/articles/overmyer.html
Like (1) Reply Delete

Dario insert_funny 14 months ago
Boy, no wonder that guy was in over his head by creating his network!
Like Reply Delete