'Turn-On' was the shortest lived show in TV history, and one of the most fascinating

The 1969 series was canceled before its first episode finished. Yet the computer comedy featuring Tim Conway was perhaps too ahead of its time. 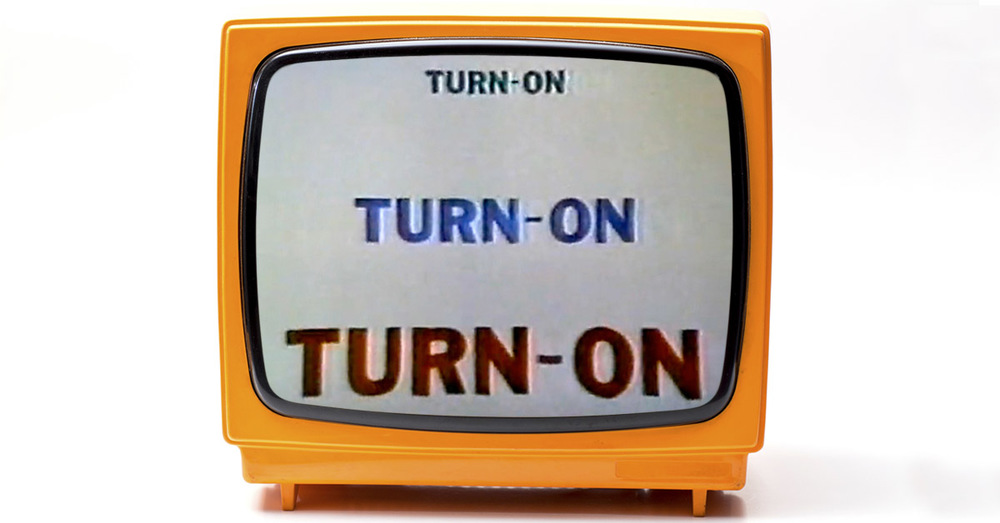 The computer age arrived prematurely. In 1965, the Oxford English Dictionary added a handful of new words to its lexicon. Alongside pop terms like "à gogo" and "Motown" was cutting-edge vocabulary such as "hypertext," "megabyte" and "log-in." At that time, widespread personal computing was two decades on the horizon, while mainframes, artificial intelligence and the Internet were the stuff of sci-fi novels and hip spy shows like Mission: Impossible. In the Sixties, far more people understood the notion of a love-in than the concept of a log-in.

No variety show was better plugged-in to the rapidly evolving culture of the era than Rowan & Martin's Laugh-In. Producer George Schlatter was managing the Grammy Awards telecast and Ciro's nightclub on the Sunset Strip in the mid-'60s. In was in that club where the comedy duo of Dan Rowan and Dick Martin made their name. By the beginning of 1968, the budding Hollywood bigwig had formed George Schlatter Productions and its creation Laugh-In was launching on NBC.

With its bikinis, body paint, go-go dancing and stellar cast, the series was a sensation, helping to launch the careers of Goldie Hawn, Ruth Buzzi, Eileen Brennan and more. Catchphrases like "Sock it to me!," "Here come de judge!" and "Ohhh, I'll drink to that" began spilling from the lips of Americans. The show spawned a magazine, a comic strip, trading cards and a daytime spin-off, and it even inspired a Pontiac GTO named "The Judge."

Due to the overwhelming success, a year later, Bristol-Myers commissioned Schlatter and co-creator Ed Friendly for a new series. "I could do anything, and the arrogance of power took over," Schlatter recalled in a 2010 interview. That anything turned out to be Turn-On, a brilliantly forward-thinking series that imagined a post-modern style of television with busy superimposed images, lightning edits, heady concepts and progressive topics. It would live in ignominy as the only television show in history to be canceled before it even finished airing, not even making it past its premiere at 8:30PM on February 5, 1969.

Turn-On was visually far ahead of its time, perhaps only comparable to Stanley Kubrick's 2001: A Space Odyssey, which had blown minds in theaters ten months earlier. "It all happened within a white ball," Schlatter explained. "The whole idea was to arrest the viewers' attention without having them comfortable in a place. We didn't have an audience. The whole show was programmed in a computer, which people didn't understand."

Yes, long before Tron and Max Headroom, here was a comedy series set inside a computer. There was no audience, no reaction of laughter and applause. Instead, a groundbreaking Moog synthesizer, which had hardly been on the market for two years, was used to approximate audience reactions. The novelty album Switched-On Bach had brought the instrument to some attention in 1968, but it would perhaps not be until the Beatles released Abbey Road in the fall of 1969 when the wider public would come to understand its sound in a pop format.

Schlatter and Friendly distributed cameras and film to film students at UCLA and told them to get creative. The writing staff included the sharp comedic mind of Albert Brooks. Tim Conway was locked in as the host of the first episode. One skit depicted a young woman trying to get the Pill via a vending machine. There were cartoons of atom bombs. The Pope proclaimed, "Peace, baby." Though NBC and CBS rejected the results, ABC and Bristol-Meyers were seemingly enthusiastic. "The original commitment was for 13 shows," Schlatter said. "When [Bristol-Myers] saw the pilot, with Tim Conway trying to commit suicide all throughout the show, they increased the purchase from 13 to 16."

But it was certainly not all good vibes. Though it may seem quaint in our modern age of ticker crawls, pictures-in-pictures and splashy graphics, the network was concerned that an audience could not focus on more than one image. "You can't look at more than one thing at a time," Schallter recalled the network proclaiming.

One affiliate was on a mission to see the series fail. WEWS in Cleveland loathed the notion of losing Peyton Place for this weird, far-fetched humor. The head of the station began calling other affiliates to drum up support for his cause of killing Turn-On. Schlatter does not have fond memories of the man: "They kept canceling the show before anyone had seen it, because of this one wing-nut in Cleveland, who I still say belongs in Silly City in a rubber room."

When it eventually aired that evening of February 5, WEWS did not even return to the show after the first commercial break, turning off Turn-On before it finished. Other affiliates didn't even get that far, deciding to not air the show at all. The network agreed to pay the creators under the condition that they agreed to never air the shows. Moments of the never-aired second episode can be seen in a YouTube clip. 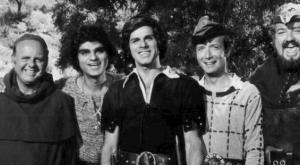 Do you remember Mel Brooks' show 'When Things Were Rotten'?

The 1980 book The Worst TV Shows Ever included a section on Turn-On. In 2002, TV Guide would rank it at 27th on its list of "The Worst TV Shows of All Time." Does it truly deserve such a tag? Was it really one of the "worst" or merely one of the most "misunderstood"? Given the talent involved, we're inclined to believe the latter.

"One day, I'm going to run Turn-On," Schlatter promised in that 2010 interview. Perhaps its time has finally come.

MGS86 13 months ago
I may be mistaken but I was under the impression that Mickey Dolenz used a Moog for the Monkees before 1969.
Like Reply Delete

Jon 23 months ago
This was a bad show, and I watched it once, I think at Paley Museum in NYC. I was surprised that I found it more boring than offensive, but it was still plenty offensive on its own.
Like (1) Reply Delete

Tlor 24 months ago
when people switch the channel that fast, without a remote control, it WAS that bad, unless you were smoking something illegal at the time, then maybe you would understand HA!
Like Reply Delete