Where To Watch Shop Store Contact
Home / Stories / If we could go back in time and play one game show, it would be 'Video Village'
Nostalgia

If we could go back in time and play one game show, it would be 'Video Village'

Who wouldn't want to march around a life-sized board game? 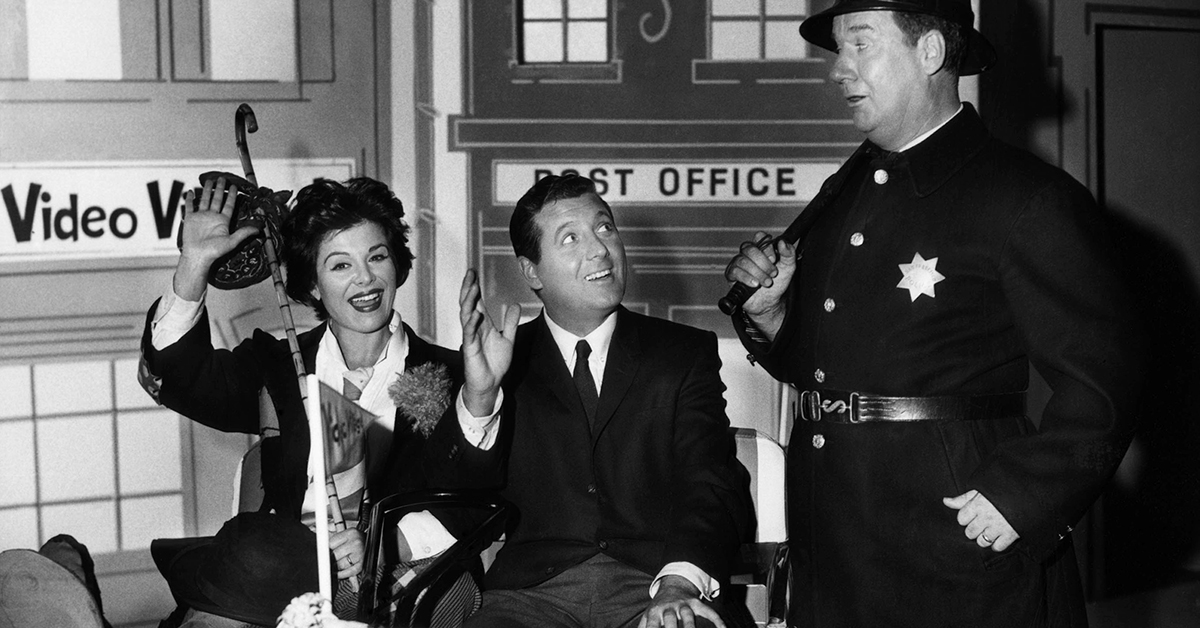 The early days of television were the reign of the game shows. Networks were broadcasting live, so the options of what could be produced inside a small New York studio were limited. Thus, in the first half of the 1950s, families gathered around the set to watch puppets, variety shows and teleplays. With their it-could-be-you contestants and money prizes, game shows came to rule. Turning the knob between the limited options on ABC, CBS, DuMont and NBC, viewers could find after-dinner delights like What's My Line?, Truth or Consquences, You Bet Your Life, Name That Tune, Twenty Questions… and many more.

More specifically, quiz shows rose to the top of the ratings. 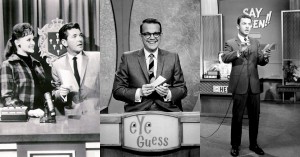 Dotto, a blend of trivia and connect-the-dots, dominated daytime. The $64,000 Question rocketed to No. 1 in primetime for CBS. And then there were hit quiz shows like Tic-Tac-Dough and Twenty One.

There was just one problem with these four series — they all became embroiled in the quiz show scandals of the 1950s. The matches were fixed. Slapped by the FCC, those titles were swiftly canceled in 1958.

So, as the 1960s dawned, networks look to put the game back in game shows. Instead of brain-busting trivia, programs offered fun and physicality. No show better earned the classification "game show" than Video Village, which kicked off on CBS in 1960. It was a board game come to life. It was The Game of Life turned The Game of Life-Sized. Instead of playing Monopoly on the dining room table, how would you like to be the Scottie dog or top hat, bouncing around a game board the size of a tennis court? 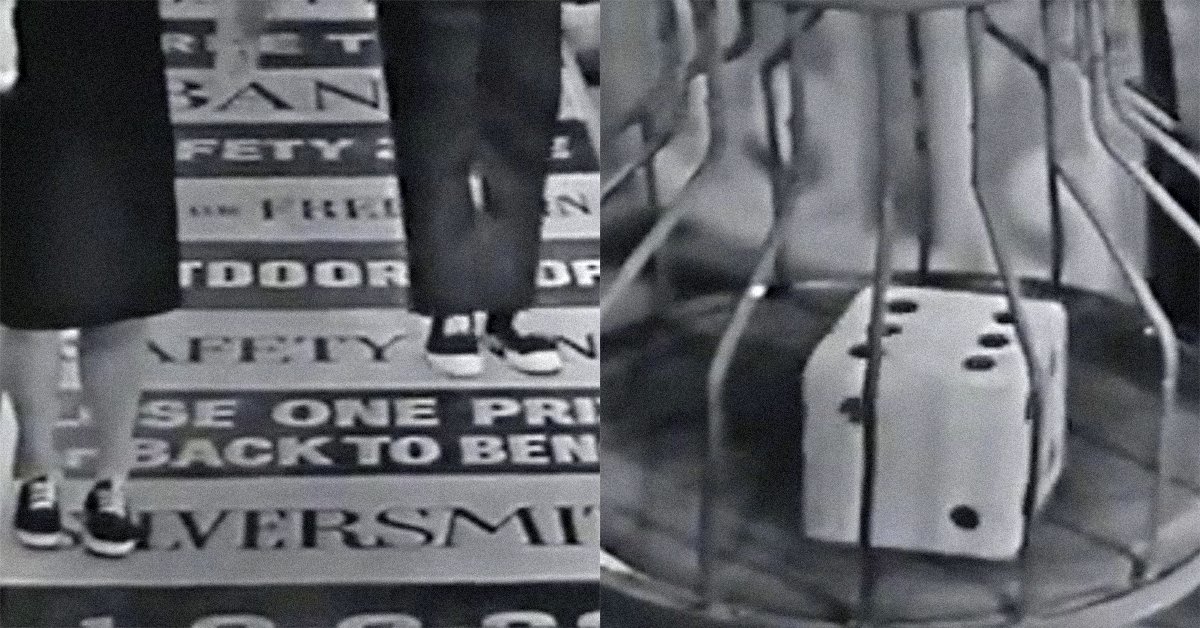 To complement its whimsical set-up, Video Village introduced a loose narrative to the series, making it more of a children's show for adults. No wonder that a kids' version, Video Village Jr., quickly followed. In place of a host, there was a "Mayor" of Video Village. Jack Narz initially had the gig, before Monty Hall took over for the bulk of the episodes. Kenny Williams played the "town crier" throughout the show's run. Additionally, Video Village had its "Vanna," too. Joanne Copeland, who would later marry Johnny Carson, was the first hostess when the show was made in New York; Eileen Barton took over when the production moved to Hollywood.

Three "street" zig-zagged across the floor — Money Street, Bridge Street and Magic Mile. A facade of shops stood in the background. Giant dice were rolled inside of contraptions that looked like a cross of canary cages and hourglasses. Contestants hopscotched around the spaces on the streets, earning cash, playing minigames and battling for prizes. The decorative mall contained "stores" offering appliances and jewelry to the players. 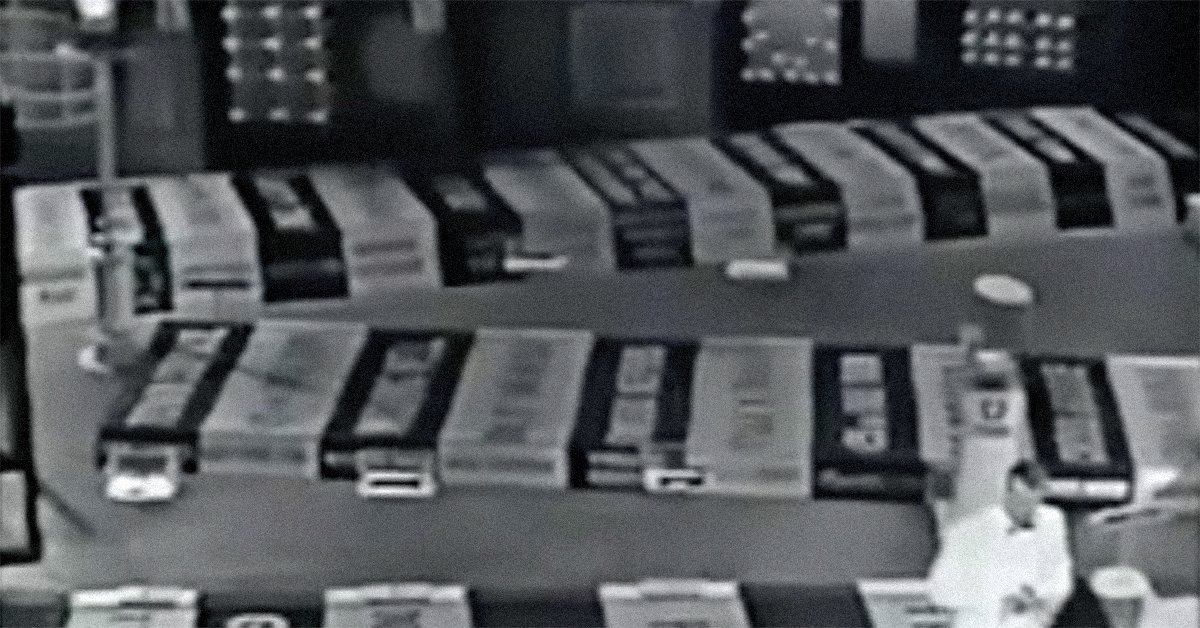 The three The three

After a winner reached the end of the board, the "Village Bus" shuttled the player back to the start. Okay, it was technically more of a gold cart. Monty and Eileen, pictured up top, would sing "The Village Bus Song" and they zipped around the studio floor. 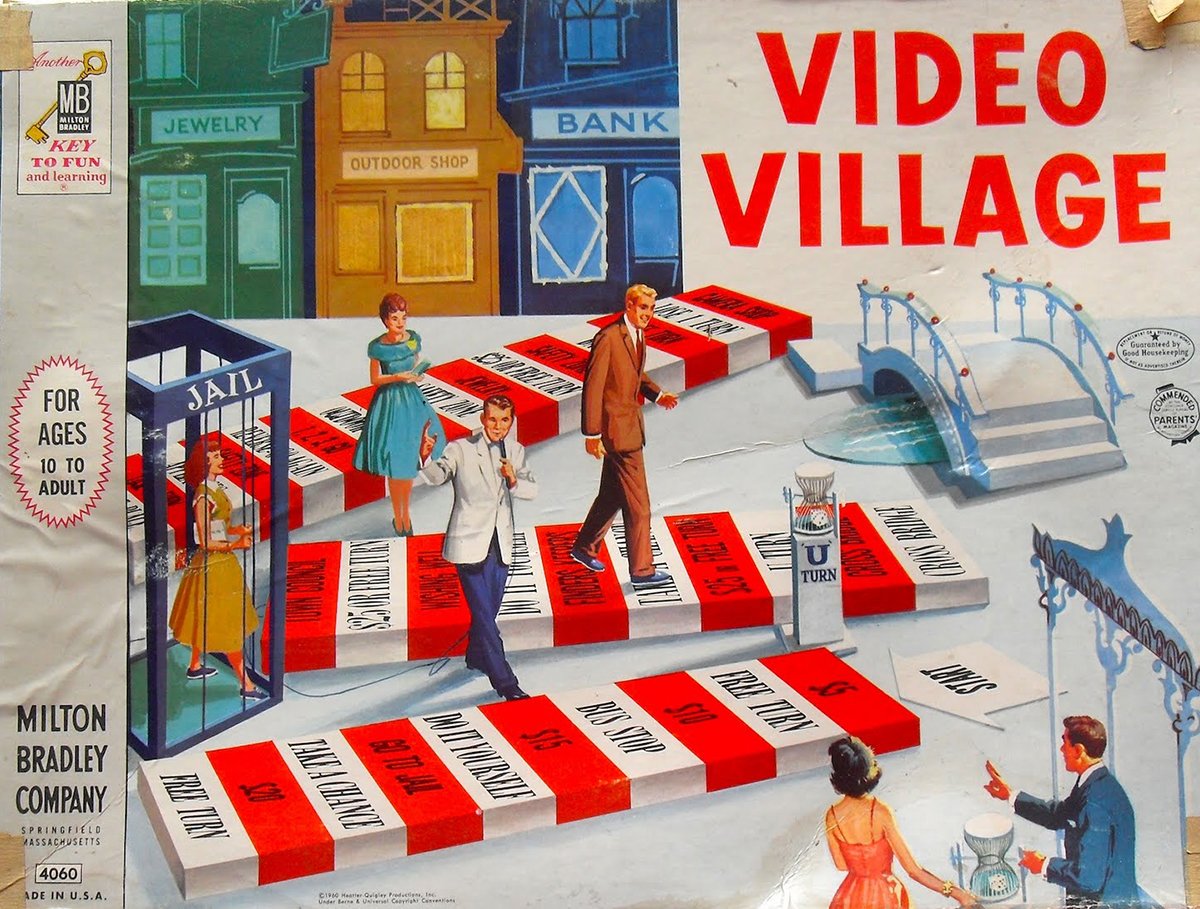 Unsurprisingly, the gigantic board game was adapted into a small home version by Milton Bradley. A tabletop game could hardly offer the same thrills (shouldn't it have been more of a plastic mat like Twister?) but it did at least give us a look at the bright colors of the set. Just look at that set! A bridge! Jail! The home edition continued to sell even after CBS canceled Video Village in 1962.

The concept proved adaptable. A couple years later, the similar Shenanigans premiered on ABC Saturday mornings, aiming squarely at children. You could argue the idea eventually evolved into Nickelodeon's Double Dare. We missed our chance to play Double Dare which is why we're applying for Video Village as soon as time machines roll off the assembly line.