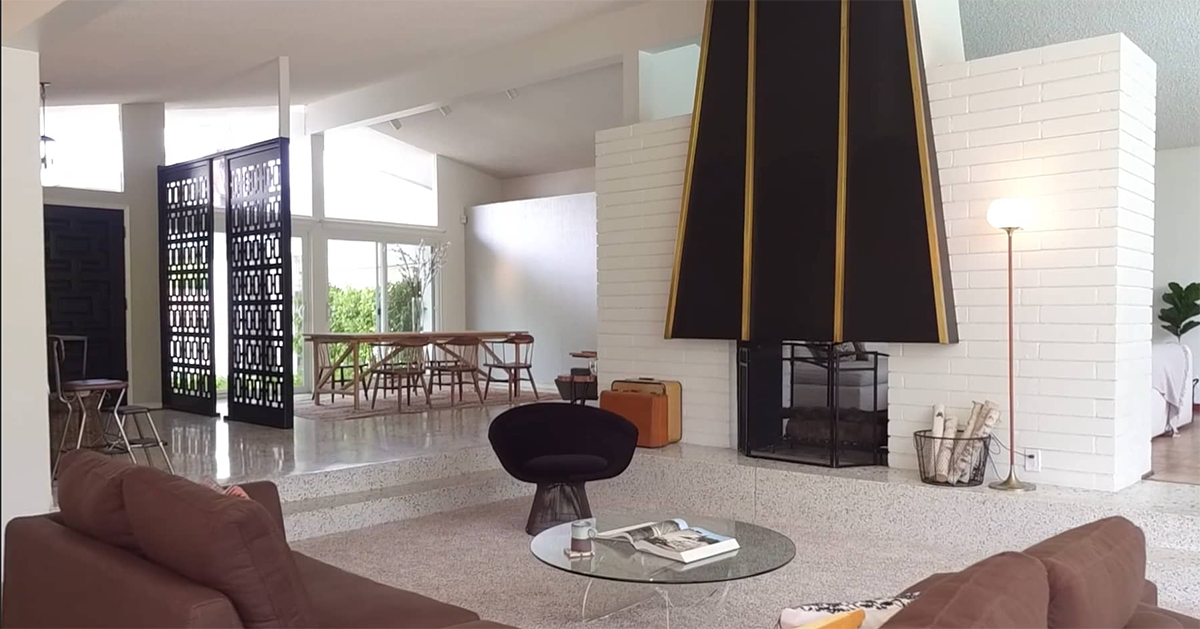 Madelyn Pugh Davis passed away at the age of 90 in 2011. The former television writer was relatively unheralded, considering her longtime allegiance with Lucille Ball. Pugh Davis, sometimes billed as Madelyn Pugh or Madelyn Davis, alongside her writing partner, Bob Carroll, Jr., began working with Ball on the My Favorite Husband radio program and continued to pen episodes for I Love Lucy, The Lucy Show, Here's Lucy, The Lucy-Desi Comedy Hour and Life With Lucy.

Pugh Davis was also once married to influential television producer Quinn Martin, the man behind Barnaby Jones, The F.B.I. and more.

For decades, she lived inside this perfect midcentury home in Bel-Air. Now, as we learned via Curbed, Pugh Davis' former abode has been put up for sale. While we may not have the $3.2 million required to purchase the place, we can tour its mod interior, which looks hardly changed over the last half century, from its patterned partitions to sunken living room. We particularly love the fireplace.

Take a tour with this video.