Lynda Carter passes the torch to a new superhero. 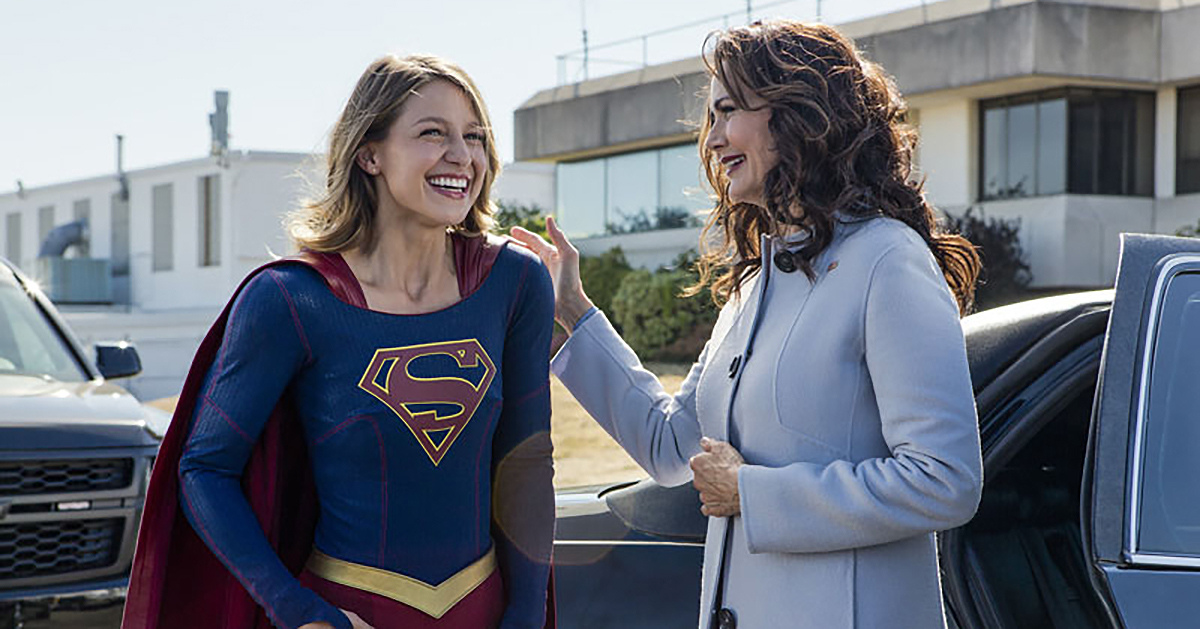 Earlier this summer, it was announced Lynda Carter snagged a very prestigious role on one of television's most popular superhero series.

Sounds familiar right? But it's not 1976, and we're not talking about Wonder Woman. Instead, we're talking about The CW program Supergirl, where Carter is set to star at President Olivia Marsdin later this month.

This week, the network released promotional stills from the upcoming season, including shots with Carter as the leader of National City.

Television's most iconic Wonder Woman will make her debut on the October 24 episode titled "Welcome to Earth," when the president is attacked amid chaos surrounding the hot-button issue of alien rights versus human rights. (Don't you miss a good sci-fi plot?)

Carter has been doing promotion for the upcoming stint, including a revealing interview with Variety.

Although Carter is past the days of portraying a superhero on television, she reiterates there's still a dire need for female role models on the small screen and in the movies.

"We're still fighting the same fight. We still need more female role models," Carter told the publication. "But Wonder Woman is much more than a cartoon character. She's fighting for truth and justice and the secret self that exists in all women and girls."

The need for more female role models could explain why Carter took the part of a strong leader in Supergirl.

Carter also told Variety she relishes new parts, instead of rehashing old ones. That's why she says she doesn't have a part in the upcoming Wonder Woman film.

"There's someone else doing the role now, and that's okay. They should do it. I support Gal [Gadot] wholeheartedly, and I wish her and [director] Patty [Jenkins] all the success in the world."

It's refreshing to hear that from a celebrity! But deep down, Carter will always be our number one Wonder Woman.