Fact check: Did Gavin MacLeod really have a fragrance made by Hormel in 1981?

We found the salty truth behind this funny Gavin™ by Hormel cologne ad. 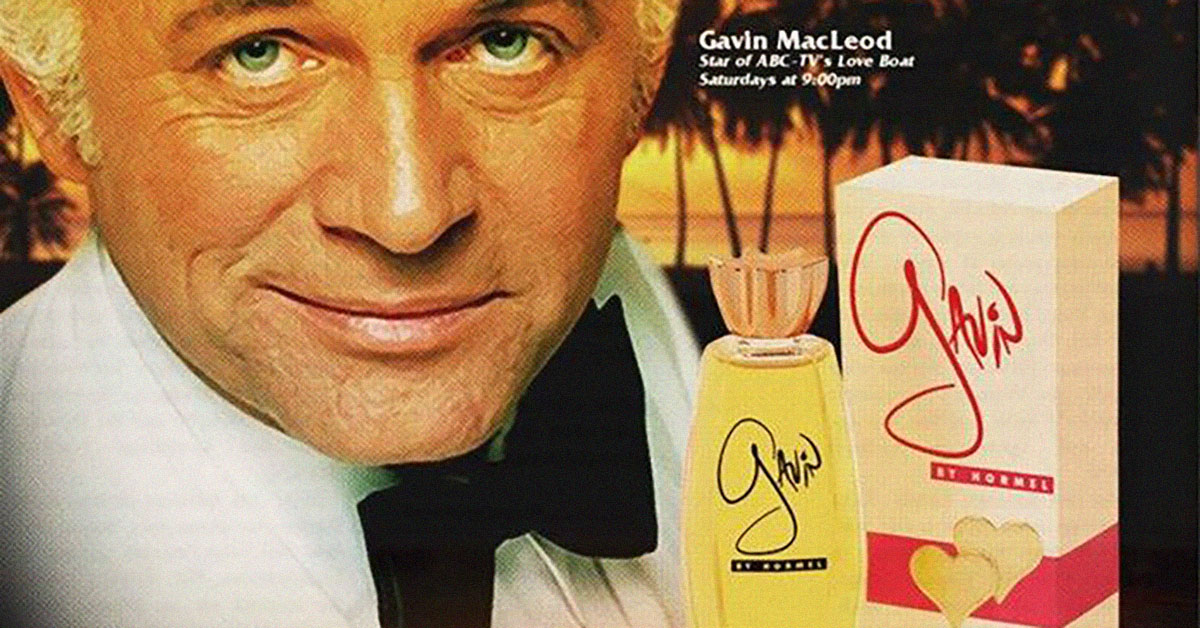 "Women love the saltiness of Gavin™." So proclaims a magazine advertisment that occassionally goes viral online. It's a supposed promotion for Gavin MacLeod's fragrance from Hormel. Yes, Hormel, the trusted manufacturer of chili and ham products.

The ad recently popped up on Reddit, under the /OldSchoolRidiculous subreddit. You can find it on Pinterest, with comments like "You can't make this stuff up." 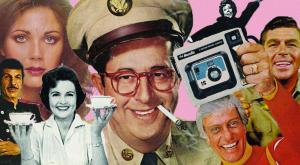 Admittedly, it's a remarkably well crafted advertisement, real or fake. MacLeod, dressed as his character Captain Stubing from The Love Boat, leans into the camera with a come-hither smirk. "Smell Like a Captain," the copy promises. There are some verbal gems scattered in the fine print, too.

"Hormel has captured this fragrance for the first time with Gavin™, the first cologne based on a sea-captain based celebrity… The Gavin™ fragrance collection is available in Cologne, Eau de Toilette, After Shave and Deodorant. All these products are available as a Gavin™ Gift Set, with the added bonus of our exclusive Sea Captain™ Manicure & Cleanliness Kit."

The cursive "Gavin" script that adorns the atomizer and packaging looks believable real, like something you'd see shelved next to the Charlie at your local pharmacy's cosmetics counter. The copyright date is 1981, when The Love Boat was indeed airing on ABC-TV, Saturdays at 9PM.

Yet there are some clues this is phony. The ad first appeared online circa early 2014. As much as we dug around, we could not find an earlier version, or an original print source. Secondly, there is some clunky language in the copy, like, "You can find Gavin™ at your favorite men’s department store’s men’s department." 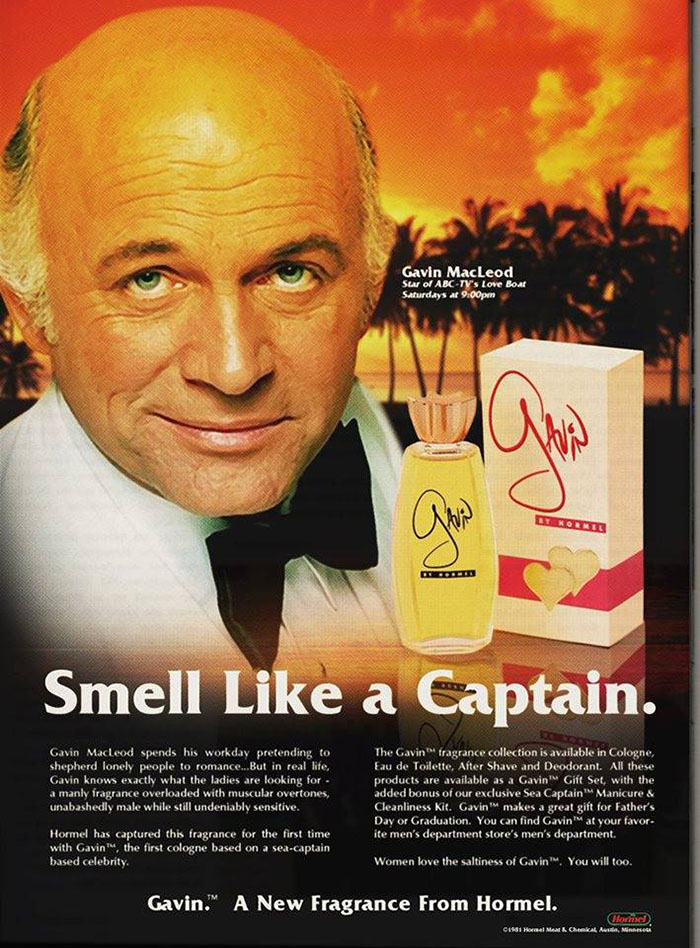 That being said, the thing still looks entirely plausible. So we went to the supposed source for an answer.

Yes, Hormel has weighed in.

We have some interesting things up in our archives, but "Gavin" is not a product we have ever produced. Thank you for checking!

At last, the truth. The somewhat disappointing truth. Because, honestly, we want to live in a world where Gavin MacLeod endorses a line of celebrity fragrances. How about Slaughter™ For Men? On second thought, Hormel might not have gone for that one.