America’s #1 Classic Television Network
Find your local MeTV station
Where to watch
See when your favorite shows are on
See schedule
Personalize MeTV.com to follow your favorite shows
Free sign-up
Shop your favorite shows in the MeTV Store
Shop Now
Home / Stories / Don Knotts confirmed this was one of the funniest sight gags he ever saw on The Andy Griffith Show
did you know?Don Knotts 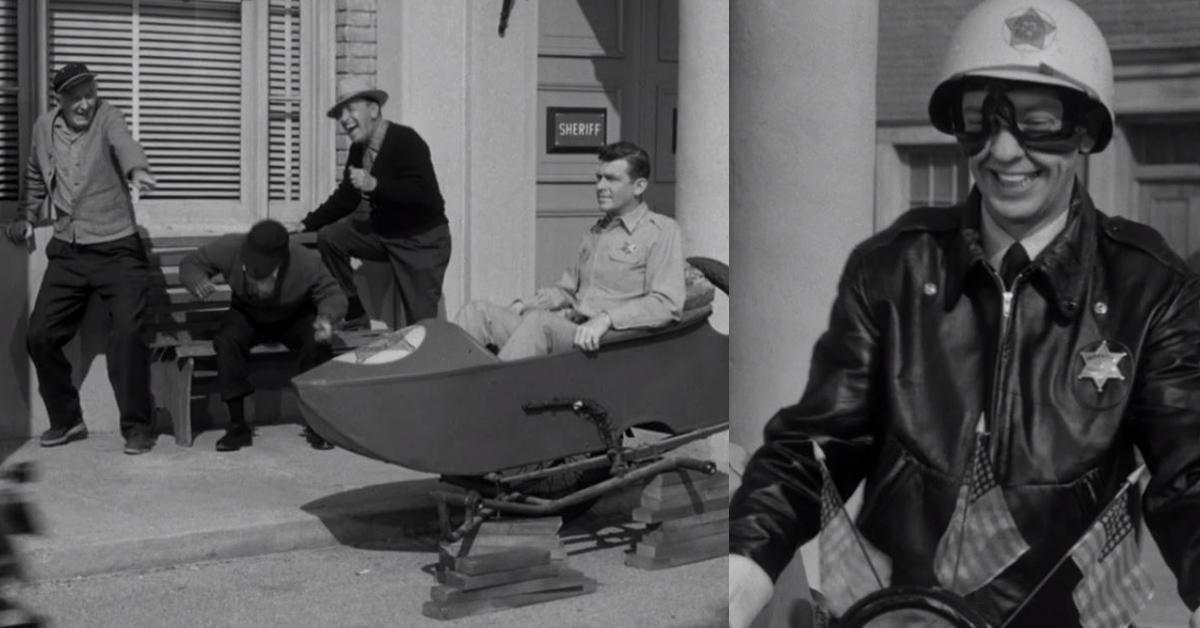 Everything about The Andy Griffith Show episode "Barney's Sidecar" was a sight gag, featuring Don Knotts in a helmet, leather jacket, goggles and gloves patrolling Mayberry on the back of a World War I motorcycle complete with a sidecar. It was a premise certain to have fans of the show clutching their sides with laughter. And it did, but in this whole hilarious episode — which finds Barney Fife setting a speed trap that ends up funneling truckers straight through the middle of town to avoid him — Knotts has a favorite moment he once shared in an interview with the Archive of American Television.

"One of the funniest sight gags I ever saw that we did, was I was gonna take Andy for a ride, and he came and sat down in the sidecar, and I shot out and left him sitting there," Knotts said, chuckling to himself in the interview. In the book Andy and Don: The Making of a Friendship and a Classic American TV Show, the author points out that the episode's central sight gag showing Knotts in his ridiculous outfit was inspired by a Marx Brothers sketch.

The particular moment Knotts calls out happens about eight minutes into the fourth-season episode. In the scene, Barney asks Andy for a few days to prove the value of the motorcycle to their patrol, and Andy, relenting somewhat, offers to take Barney to lunch.

Barney immediately offers to drive them to the diner in his motorcycle, and the pair head outside the courthouse to get their fixin's. Being a good sport, Andy steps into the sidecar, and being eager to show off, Barney joyously mounts the motorcycle, revving it up before shooting off.

If you look closely, you can see Knotts used a stunt double for this exact part of the bit, pictured below, which means he got to watch Andy's deadpan reaction from the sidelines. 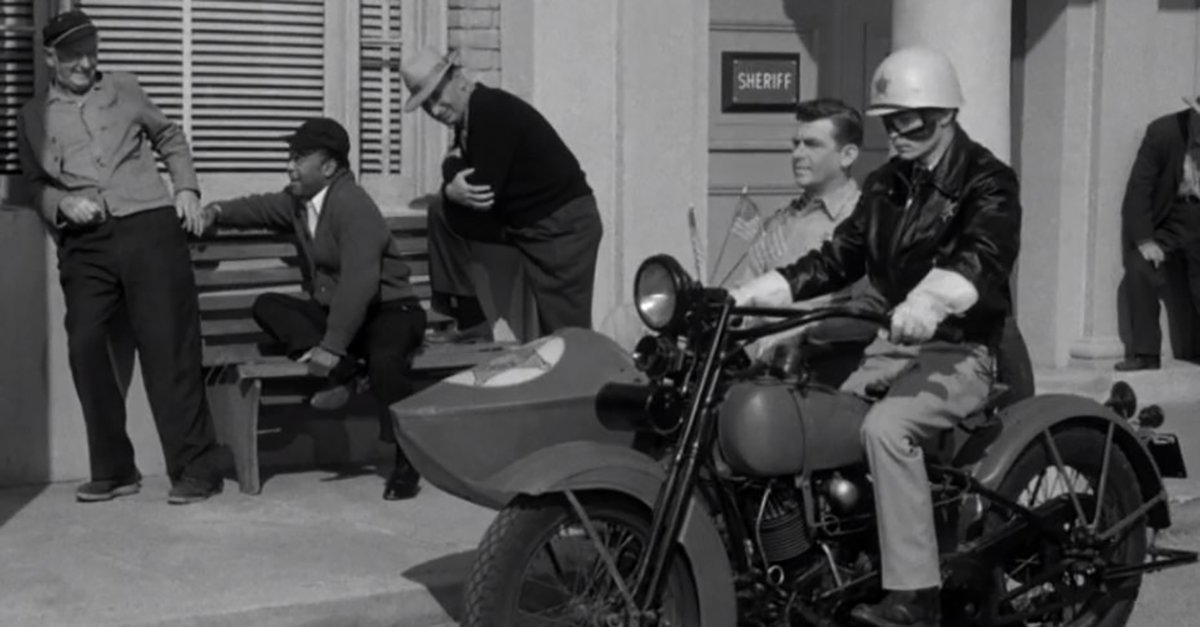 When asked in the interview with Archive of American Television if he knew what happened to the motorcycle after the episode, Knotts said no, he did not.

In the episode, of course, Andy tricks Barney into donating the motorcycle to the Mayberry National Guard Armory by turning to Opie's wood-burning to age a phony plaque that convinces Barney that his bike is of historical significance. It may not be totally honest, but it did manage to calm the whole town down after the uproar Barney caused on his motorcycle.

Thinking back on the bit he liked best from the episode, Knotts smiled and said fondly, "I remember that joke." For everyone in the audience, after seeing Barney in those thick goggles, who could forget?

Inkwell765 16 months ago
I took it the truckers drove through town not to avoid Barney, but as a protest to his speed trap.
Like Reply Delete 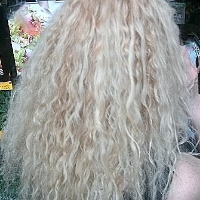 IBikeNYC 16 months ago
I quite agree about this!

This is one of those things that, even though I know what's coming and no matter how often I've seen it, makes me laugh until my stomach hurts every single time :-D
Like (1) Reply Delete

MarthaWashington 16 months ago
It's even funnier that the goggles had no "glass" in them.
Like (2) Reply Delete

harlow1313 16 months ago
It would be interesting to tally up how many episodes of the "Andy Griffith Show" involve lying or deception.
Like (3) Reply Delete