Where To Watch Shop Store Contact
Home / Stories / Do you remember the original scent of Herbal Essence?
Nostalgia

Do you remember the original scent of Herbal Essence?

We miss the earthy aroma. 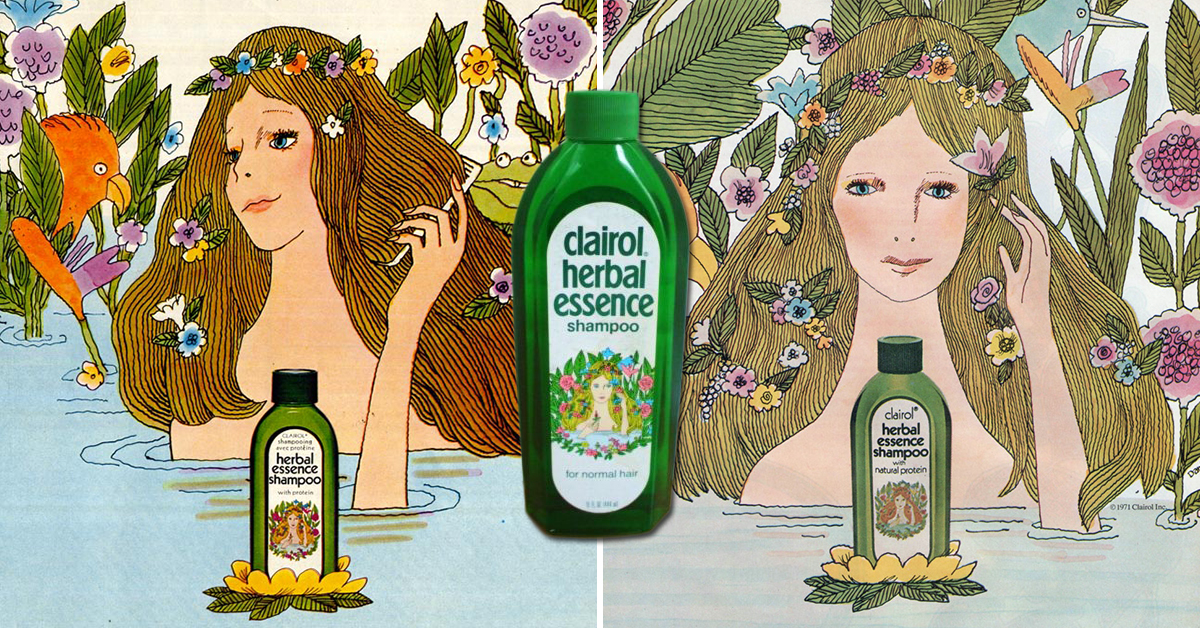 It's a fact of life — things change. For example, certain foods don't taste the same as they did when we were younger, even though the name remains the same.

Sometimes products are discontinued all together, leaving a hole in our hearts. Sometimes, popular demand can bring them back.

That got us thinking… what scents from our youth do we miss? 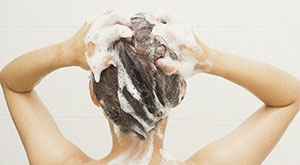 9 shampoos from the 1970s you completely forgot about

For many of us, only one thing comes to mind: Herbal Essence shampoo.

While the product is still around, it smells nothing like the original thing, giving us serious nostalgia to go back in time and capture the scent in a bottle.

Clairol launched Herbal Essence in 1972 as "the most beautiful shampoo experience on Earth." Most people remember the original green bottle, featuring a woman with long flowing hair submerged in a pond surrounded by nature.

Advertisements from the era, which closely depicted the artwork on the bottle, boasted about the shampoo's natural appeal.

"It all begins as soon as you open the bottle and breathe in the breathtaking, close-to-the-earth essence of forest herbs and mountain flowers inside Clairol Herbal Essence shampoo," one ad from 1973 declared.

So what happened to the earthy scent of the 1970s? You'll have to ask Procter & Gamble. The conglomerate purchased Clairol in 2001 from Bristol-Myers Squibb, which owned Clairol since the 1950s. Along the way, Herbal Essence became "Herbal Essences."

For anyone pining for the fresh scent of Herbal Essence again, there's still hope. In 2015, Vidal Sasson brought back the cherry almond scent of the original from the late 1970s.

elglme 9 months ago
There was also a body spray and a spray in dry hair shampoo. the closest one I have found is Aveeno fresh greens blend.

Veachel 16 months ago
There are ebayers from Greece selling old Herbal Essence stock for up to $60 and that is for a tiny 1.7oz bottle. I think shipping is $25. I know their economy is rough there but please don't use people like that. Someone else is selling 1969's Coty solid Fragrance trio compact for $299.00
Maybe if I had endless money on a daily basis I'd do it but I just can't justify that price for fifty year old shampoo or scent solid.
Advertisers, listen up. Many people in the world mourn for the days of decency, respect, innocence and the more uncomplicated past of younger years. Yes, there was strife and hard times but not like what we've been seeing everywhere. People have lost their minds & are unafraid of showing it. There is no self control anymore, no Civility, no respect & that is sad and dangerous.
Scents are the portal to the heart and boy could we use some heartwarming, heart-healing stuff.
There is a thirst for Nostalgia.
Bring back the original green H.E. shampoo, including the exact replica print label. We fell in love with the whole enchilada and need it back.
Maybe do a Limited Edition run of a smaller supply. See how it takes off.
Coty should bring back their Sweet Earth solid fragrance trio compact. They were excellent.
Yardley should bring back their cool Paint Box tin of eye shadows you painted on with the brush and little water well included in the tin. The Mod 60's vibe is always in style but they call it Bohemian.
Nostalgia SELLS. It also fulfills a human need which helps our hearts and our souls.
The world is hurting.
Help us recapture some of the sweet Innocence, civility, respect, Flower Power and Love of the world when it was not as angry and conflicted as it is today.
We need a taste of Nostalgia to help us feel good. Nothing wrong with that. We can't solve all the awful bigger problems right now but we can start with engaging the heart through our sense of smell.
Like (1) Reply Delete

Sparkina 34 months ago
Man, that stuff smelled all kinds of divine. Like evergreens. Reminded me of the winter holidays
Like Reply Delete

RB22 39 months ago
sweetcakes.com Herbal Essence frangrance oil (and I tried many of them, and also pretty much all of the shampoos rumored to smell like it) is the closest thing I’ve found. I made myself a roll on perfume and spray, and couldn’t be happier.
Like Reply Delete

Hindasound RB22 39 months ago
Today is 10/26/19 and I am searching sweetcakes.com for Herbal Essence frangrance oil - but I am not finding it. Could you please link to the exact product? Thankyousomuch!
Like Reply Delete

DebraDudley 40 months ago
I do indeed recall the original Herbal Essence fragrance. It was like walking through tall plants on a summer's day; something unlike anything else at the time or today. I don't know why Clairol discontinued it, but I suspect if we followed the money, we'd find out.

There was another shampoo that was all about fragrance of a different kind called Gee, Your Hair Smells Terrific! It was a bit much.

KarenMcLaren 44 months ago
I just found it! Soft Soap Basil & Lime scent smells just like it! You're welcome. :)