Do you remember 'The Exorcist' phenomenon in 1973?

The scariest movie of all time was a massive success that shocked the world. 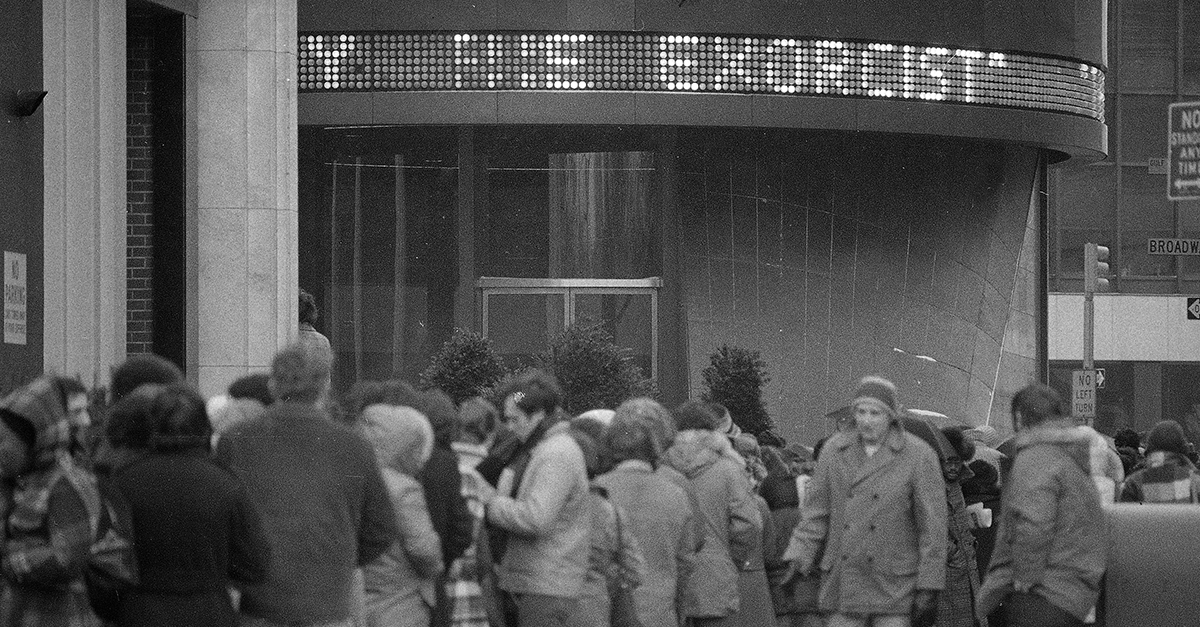 In December 1973, an unlikely film became one of the highest-grossing holiday season releases of all time. That film was The Exorcist, based on William Peter Blatty’s shocking novel of the same name. Directed by William Friedkin and starring Ellen Burstyn, Jason Miller, Max von Sydow and a young Linda Blair, the film, about a demon-possessed pre-teen and the priests who try to save her, built a perilous buzz in the months leading to its premiere. Because of the book’s terrifying content – some readers even reported keeping it in a separate part of the house because it scared them so much – audiences knew they were in for a horrific couple of hours. What they didn’t know was just how riled they’d be by the end, and just how much that initial response would impact the legacy of the film, firmly cementing it as the agreed-upon “scariest movie of all time.” 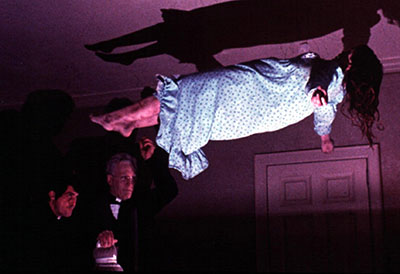 In the footage below, we see crowds gathering across the country, eagerly awaiting the movie they’ve been told might frighten them to death. As one woman in line states, “I want to see if it’s gonna make me throw up.”

That was a legitimate concern, as many theatre-goers did throw up. And faint. And have to be escorted away in ambulances. The frightening sequences of a young girl in such peril, not to mention Friedkin’s clever use of subliminal imagery, was too much for many viewers to take. Though, some of the filmmakers now stress that it wasn’t the horror scenes that caused people to faint, but was in fact the scenes when young Regan gets a realistic-looking lumbar puncture that really got under their skin.

A little glimpse of the mass hysteria that The Exorcist caused during its original theatrical premiere on December 26, 1973, including footage of the audience reactions and the incredibly long lines of people who waited hours upon hours to see the film.

Regardless of what scene did them in, the audience fervor built to extreme levels, catapulting The Exorcist to phenomenon level. The film earned $66.3 million in 1973 and an eventual gross of $232 million, which, if adjusted for inflation, ranks it up there with the latest Star Wars movie in terms of overall profit. That’s an insane feat for an R-rated horror movie, and a gold standard for the genre.

In fact, adjusted for inflation, The Exorcist is the highest-grossing R-rated film of all time and Warner Brother’s biggest hit, and the 9th highest-grossing movie ever. It wasn’t just a financial success, but a critical one, too. It was nominated for 10 Academy Awards including Best Picture, Best Actress, Best Supporting Actor, Best Supporting Actress and Best Director. It only won two – for Best Adapted Screenplay and Best Sound Mixing – but that didn’t diminish its legacy. It’s still considered one of the greatest American films of all time, ranking #3 on AFI’s "100 Years… 100 Thrills" list of the best American horror movies (trailing Psycho and Jaws).

The film, now a television staple especially around Halloween, continues to thrill and terrify audiences. In fact, when we asked on Twitter what TV movie scared you the most growing up, The Exorcist – not even a made for TV movie – was our most popular answer. So many people discover it through TV that it’s now a pretty standard way of gaining access to it. (Even if you do have to flip the channels for the spider-walk or head-turning scenes.)

Do you remember The Exorcist phenomenon? Did you go to see it in theaters? And does it still terrify you today?

RedjacArbez 14 months ago
I saw the premier...After the movie we were interviewed by the press.... It was a very disturbing movie for an under aged kid.