Did Lady Gaga travel back in time to star in this 1968 'Star Trek' episode?

You can still find Star Trek's influence all over pop culture today. 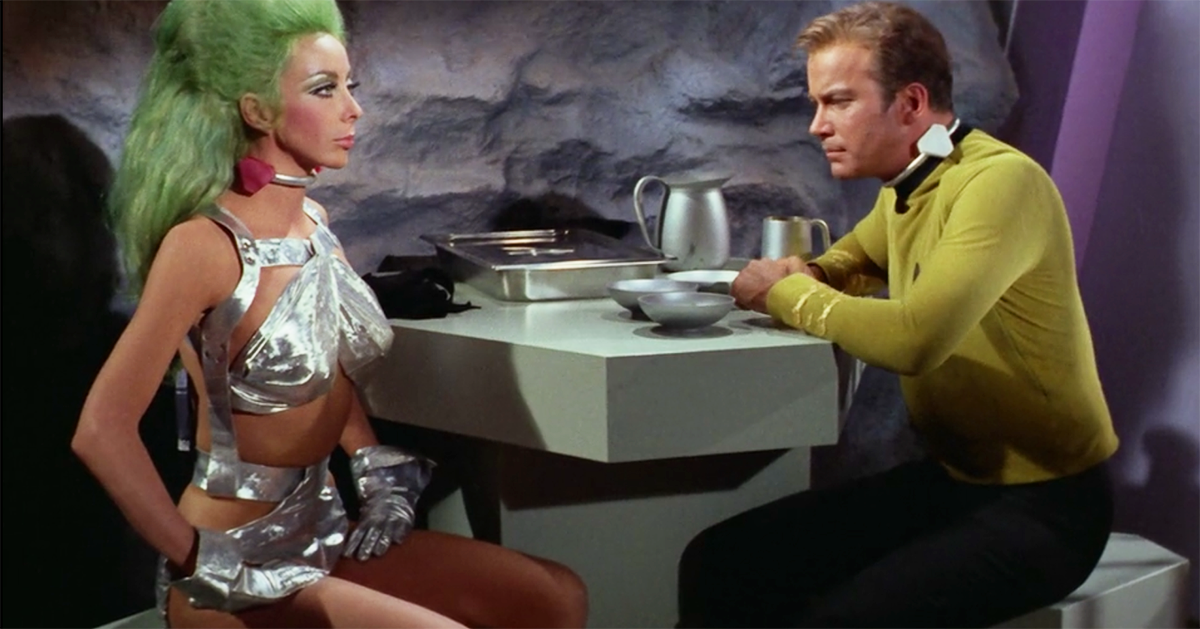 Lady Gaga has been everywhere over the last couple weeks, blasting through her hits during the Super Bowl halftime show, banging her head with Metallica on the Grammys. Recently, we were also watching a classic episode of Star Trek, and someone noted, "Wait, is that Lady Gaga?"

Of course, it was not. Stefani Germanotta, the pop star known as Gaga, was not born until 1986, twenty years after Star Trek kicked off. However, any Trekkie will know the episode to which we are referring. 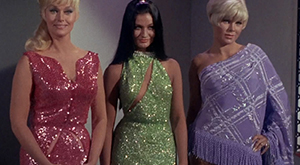 In "The Gamesters of Triskelion," the 16th episode of season two, Kirk, Uhura and Chekov find themselves captives on strange planet, forced to wear shock collars and train for gladiator combat in arenas. Kirk is assigned to a warrior woman named Shahna, a "drill Thrall" who shows compassion for the enslaved captain. Naturally, he ends up kissing her.

Shahna was portrayed by Angelique Pettyjohn, an actress who had previously appeared in bit roles in The Green Hornet and Batman. Her Star Trek appearance would become her career defining role. In the 1970s, she become a burlesque performer in Las Vegas, eventually ending up in a 1979 Playboy spread titled "The Girls of Las Vegas." The photographer behind that shoot, Robert Scott Hooper, also snapped pictures of Pettyjohn in her Shahna costume — and without it. She sold the titillating images at Star Trek conventions.

Lady Gaga does indeed literally turn up in the extended Star Trek universe. In the 2012 Star Trek: The Original Series novel The Rings of Time, a character jumps in time from 2020 to 2270. He asks if Lady Gaga is now considered classical music in the 23rd century.

The bigger question is if Lady Gaga took inspiration from Shahna. We know her fellow pop star Rihanna is a vocal Star Trek fanatic, and recorded a song for Star Trek Beyond. But is Gaga a Trekkie, too? Look at this image from the Super Bowl and decide for yourself. 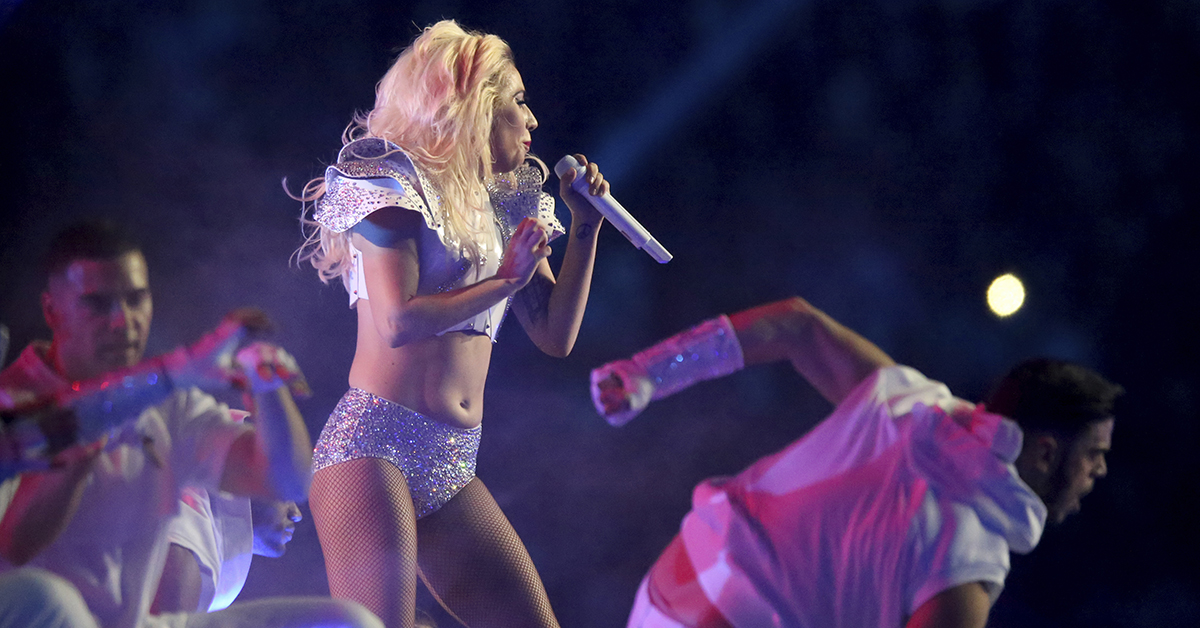