He even convinced them to film an episode in front of a live studio audience!

WandaVision took TV by storm in 2021. It was a critical darling, leading to 23 Emmy nominations, and after each episode fans flooded the internet to disuss and speculate about where the series would go next. One of the most unique things about the show was how each episode paid homage to different eras of television, from the 1950s to the mid-2000s.

The very first episode, "Filmed Before a Live Studio Audience," would go on to set the tone for the whole series. This black-and-white domestic setting brings comparisons to I Love Lucy, The Honeymooners, and, of course, The Dick Van Dyke Show.

That was no accident. In fact, director Matt Shakman went right to the source for help: Dick Van Dyke himself.

"I asked him for the secret sauce, what made that show work so well," Shakman said. Van Dyke told him how every week the stars would sit down with Carl Reiner and talk about things happening in their lives, and some of those things would make it into the show. This, Van Dyke said, was what made the comedy still feel genuine. 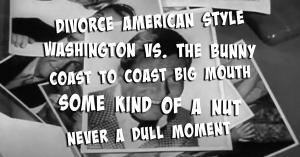 "Everyone believed in that relationship between Mary Tyler Moore and Dick Van Dyke as a couple. That’s what we needed too," Shakman said.

The creative team was so taken with Dick Van Dyke's words that they decided to take it a step further and do something that isn't frequently seen anymore: filming in front of a live studio audience. "It had a real lightning-in-a-bottle feel. We did that for our first show. You are holding hands and jumping off a cliff."

Stars Elizabeth Olsen (Wanda) and Kathryn Hahn (Agnes) were unsure about this step out of their comfort zone. Paul Bettany (Vision) was especially skeptical. "When Matt said we’re going to do it in front of a live audience, I thought, no we’re not," Bettany said.

However, once he felt the same magic that Van Dyke had when he filmed his sitcom, he came around. "But he was right. It gave us a project quality that feels very similar to that era, which I don’t think I was clever enough to achieve, to be somebody who works for an audience."

So the next time you binge-watch this Marvel show, see if you can spot that special Van Dyke touch in the first episode. 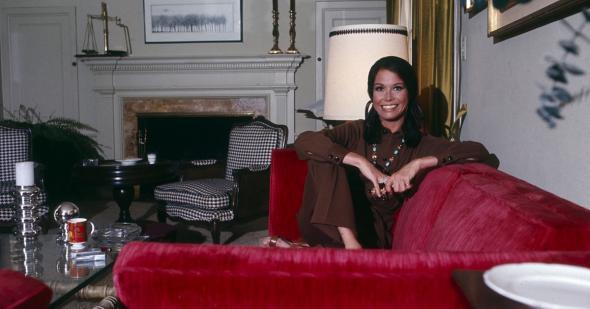 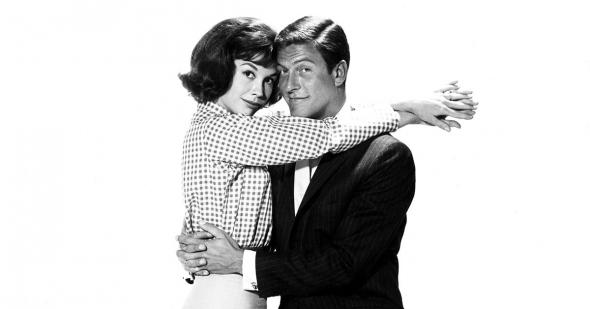 nostalgia
The instant chemistry of Rob and Laura Petrie, as explained by Dick Van Dyke and Mary Tyler Moore 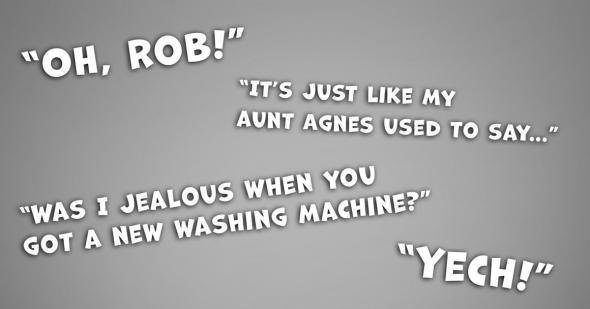 1960s
Who said these funny lines on The Dick Van Dyke Show?
Are you sure you want to delete this comment?
Close

JDnHuntsvilleAL 30 days ago
"WandaVision took TV by storm in 2021." It DID? I've never heard of it?
Like Reply Delete

Tlor 5 months ago
I don't watch much American TV but my husband found that Wanda thing and it was terrible. No wonder people are so mean and disrespectful to each other they watch too many current shows!
Like Reply Delete

F5Twitster 5 months ago
"The very first episode, 'Filmed Before a Live Studio Audience,' would go on to set the tone for the whole series. This black-and-white domestic setting brings comparisons to I Love Lucy, The Honeymooners, and, of course, The Dick Van Dyke Show."

Unlike the others, "The Dick van Dyke Show" was NOT filmed using three or more cameras in front of an audience. It was a one-camera shoot and employed a laugh track.
Like (1) Reply Delete

JDnHuntsvilleAL F5Twitster 30 days ago
From the article about the chemistry between him and MTM, DVD SAYS "...and we were in front of the audience..."
Like Reply Delete

LoveMETV22 5 months ago
Just thinking outside the box. I'm sure the purpose of the story was the connection Dick Van Dyke had with it. I hope that was the only purpose. In agreement with some of the other comments "keep it classic" here.
Like Reply Delete

justjeff 5 months ago
I could care the least about Wanda Vision or just about any other current TV show with *very* few exceptions... but The Dick Van Dyke Show is classic comedy, and that's why I own the whole series on DVD...!
Like Reply Delete

ETristanBooth justjeff 5 months ago
Same here. I'd heard the name "Wanda Vision" somewhere, but I had no idea what it was, and I'm not really interested. I'll take reruns from the 60s any day.
Like Reply Delete

Andybandit 5 months ago
Wow, interesting story. I never watched Wanda Vision. It is on Disney+, and I just have DirecTV.
Like Reply Delete

denny 5 months ago
I watched Wandavision, at least the 1st few episodes, because of the hype. 1st episode was ok, after that, it sucked. From the reviews on imdb you either hated or loved it. I think The White Lotus is the same way. Heard good things about it, but would not recommend and will never watch again.
Like (1) Reply Delete

Pacificsun 5 months ago
What is WandaVision you're probably asking.

Wiki to the rescue!! https://en.wikipedia.org/wiki/WandaVision

SUMMARY
September 2018, Marvel Studios was developing a number of limited series for Disney+ centered on supporting characters from the MCU films such as Maximoff and Vision, with Olsen and Bettany returning. Schaeffer was hired in January 2019, with the series officially announced that April, and Shakman joining in August. The series pays homage to past sitcoms, with Maximoff and Vision living in a reality that takes them through different decades of television tropes.