America’s #1 Classic Television Network
Find your local MeTV station
Where to watch
See when your favorite shows are on
See schedule
Personalize MeTV.com to follow your favorite shows
Free sign-up
Shop your favorite shows in the MeTV Store
Shop Now
Home / Stories / Dick Van Dyke, Carl Reiner and more appear in 'If You're Not in the Obit, Eat Breakfast'
News

Dick Van Dyke, Carl Reiner and more appear in 'If You're Not in the Obit, Eat Breakfast'

So many legends appear in this documentary about aging. 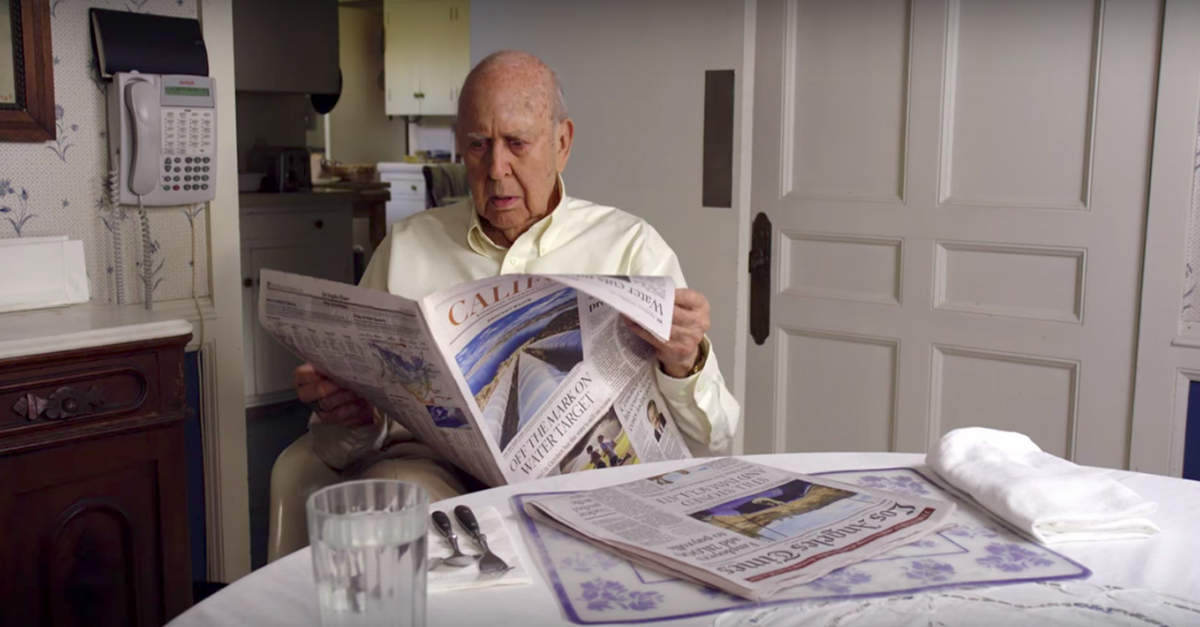 "Every morning, I pick up my newspaper, get the obituary section and see if I'm listed," Carl Reiner says. "If I'm not, I eat my breakfast."

That's how the living legend opens the trailer to the new HBO documentary If You're Not in the Obit, Eat Breakfast.

The feature, hosted by Reiner and directed by Danny Gold, features several prominent nonagenarians who remain active and continue to do what they love.

The most important question presented by the documentary — why haven't they retired?

See Also: 7 reasons why Cloris Leachman is the most energetic nonagenarian on the planet

"I think it's a mistake," Dick Van Dyke declares. "You wouldn't retire from something you love to do."

"I can understand somebody retiring from something they don't like, but you don't retire," he continues. "You find something you like to do, because that is the worst thing you can do."

Reiner and Gold also talk to legends like Mel Brooks, Betty White and Norman Lear to discuss why they are thriving well into their 90s. Kirk Douglas, who turned 100 last year, even makes an appearance.

"Just because you retire from your job, doesn't mean you retire from life," Gold told The Hollywood Reporter. "I think it's about staying active. All of these people are doing things. As long as you stay interested in life. I think that's what it's about."

It's clear everyone featured in the documentary still loves to perform. Brooks, Lear, Reiner and Van Dyke showed up to the premiere Wednesday in high spirits, and ever stuck around for a post-screening Q&A session.

Naturally, each one tried to one-up each other.

See Also: These legendary entertainers open up about working and staying active in their 90s

It's not the first time the men have discussed aging in Hollywood, either. Last year, they appeared in The Hollywood Reporter feature "Creative Until You Die" alongside Cloris Leachman, Stan Lee and the dearlydeparted Don Rickles.

If You're Not in the Obit, Eat Breakfast premieres June 5 on HBO.

You can find may of these legends' work all over the MeTV schedule, too! Find out where to watch here.