If you've ever made a typo with the Star Trek star, you are excused. 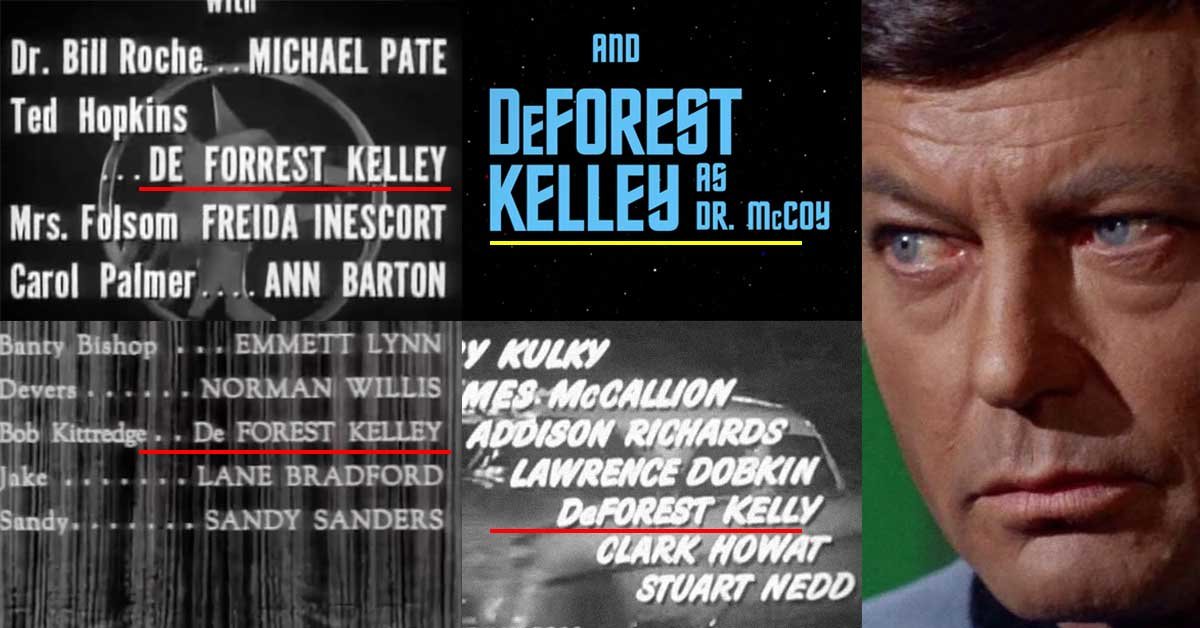 It's just one of those names, like Carroll O'Connor. No matter how often we write about Star Trek — and it is quite often — each and every time we come to type "DeForest Kelley" we have to pause. Are there two Rs in there or just one? Is the F capitalized or lowercase? Are there four Es or three?

Well, if you're going off his onscreen credits, then, yes. All of the above is correct. At least, every iteration of his name has been used at some point.

Kelley was born to a Baptist minister outside of Atlanta, Georgia. His parents named him after Lee de Forest, the electrical engineer and inventor who helped pioneer advancements in radio and movie sound. Lee de Forest was also the man behind the American DeForest Wireless Telegraph Company, so there was already a history of surname variation. Is there a space after the "De" or no? 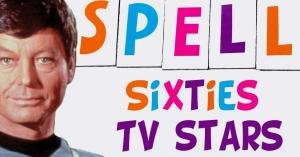 Can you spell the names of all these Sixties TV stars?

It was a rather prescient baby name for a boy who would go on to work in both radio and motion pictures.

Kelley started his acting career with small supporting roles in crime flicks and Westerns. Studios typically cast him as a bad guy. They also spelled his name any and every way they could.

A 1949 episode of The Lone Ranger credited him as De FOREST KELLEY, as seen on the lower left in the image. In 1954, he appeared in an episode of The Lone Wolf, which tossed in a second R along with the extra space to make him DE FORREST KELLEY. The following year, the rising actor landed a role alongside Jayne Mansfield and Edward G. Robinson in the noir legal thriller Illegal. It was a breakthrough for his career. However, the movie billed him as DeFOREST KELLY. Jump to 1956, when Gunsmoke restored the "–ey" but left the double Rs: 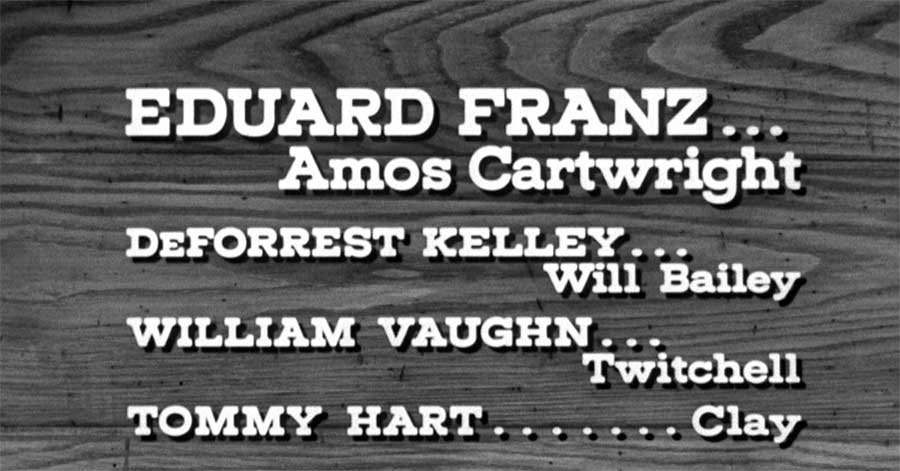 Fortunately, once he became better known as Leonard "Bones" McCoy on Star Trek, "DeForest Kelley" was locked in. His name was never miscredited again. Fame has a funny way of curing that.

EricFuller 2 months ago
My name over the years from has been spelled different ways from prescriptions, personnel files, to school files. Always got a laugh out of it.
Like Reply Delete

TomTerrrific 41 months ago
Dammit Jim, I'm a doctor not a spelling teacher! :)
Like (3) Reply Delete

stephaniestavropoulos 41 months ago
When you have an eye chart of a name like mine, {actually my dad's...thanks, dad!}I have had mine pronounced in just about every iteration that Mr Kelley had with its spelling. Usually I get asked how to spell my name, and even over the phone...the results they come up with! I have 26 letters in my name...gee, I wonder what other collection of letters totals the same amount?!?! {Before someone says that my name totals 21 so my math is a bit off...my middle name has 5.} Life would have been much simpler, [but maybe not as interesting,] if I and my sister had been able to use out mother's last name: GRANT.
But I am sure there are those of you out there, who can relate to what Mr Kelley went through {and I went through, with the variant spellings. It does, indeed, make life interesting!
Have a question for all of you who have gone through this: does it really bother you when someone botches up your name? Or through the years, have you developed a thick skin about it, and you just can laugh off the uninformed 's mistake? It think initially, it bothered me, then over the years, I realized that this was going to keep happening. Also, there are far worse things to get upset over, than the mispronunciation/misspelling of one's name.
Like (2) Reply Delete

MrsPhilHarris stephaniestavropoulos 41 months ago
I used to care when I was a kid but now when someone spells it wrong I just say yeah that's right.
Like (1) Reply Delete

ETristanBooth Greg 41 months ago
Well, you could just call yourself Number 6.
Like Reply Delete

EllisClevenger stephaniestavropoulos 41 months ago
My first name has been mangled, incessantly. You wouldn't believe some of the iterations/utterations.
Yes, I did grow a thicker skin, as I grew older.
I also came up with, what I think, turned out to be an ingenious solution.
I tell people that I was named for Ellis Island.
I wasn't, but it does take the edge off, when people STILL mispronounce it.
Like Reply Delete