They truly cherished her. 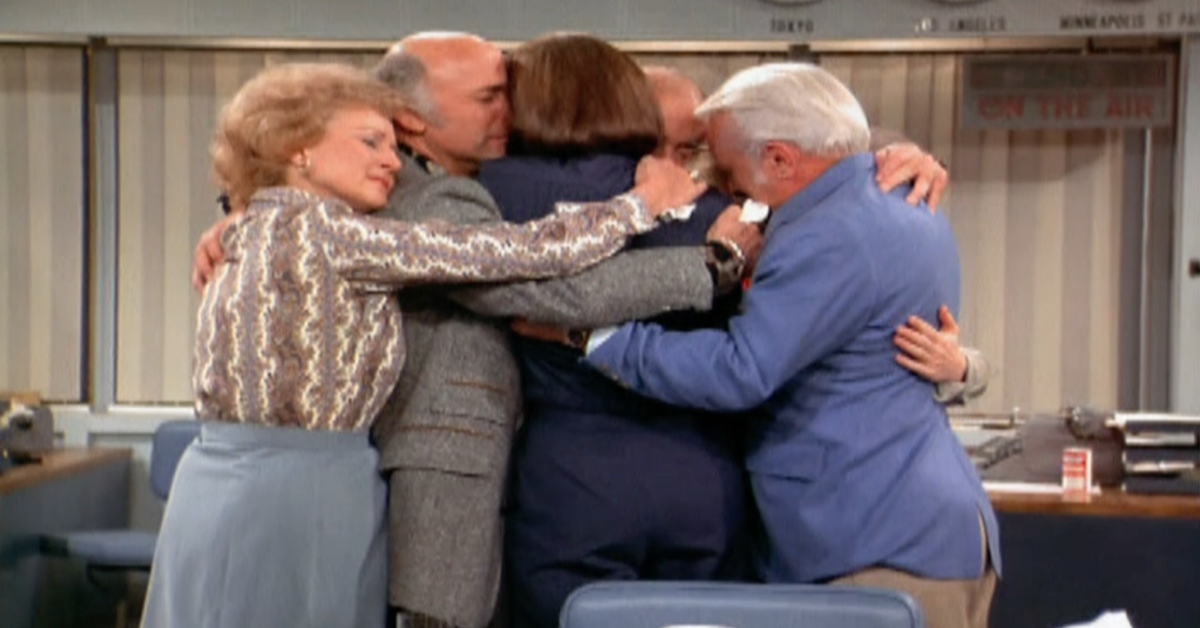 Mary Tyler Moore, the groundbreaking actress behind some of the most progressive roles of all time, passed away yesterday at the age of 80.

It's no secret Moore was beloved by everyone in Hollywood. New generations of actors looked up to her, and she remained close with her costars from The Dick Van Dyke Show and The Mary Tyler Moore Show, as well.

Since the news of her death was first reported, tributes have been pouring in from her former costars and those who knew her best.

Here's what they had to say.

See Also: Watch the touching last reunion of the women of 'The Mary Tyler Moore Show'

Ed Asner, Moore's costar on The Mary Tyler Moore Show, was one of the first to share his thoughts on her passing.

#marytylermoore my heart goes out to you and your family. Know that I love you and believe in your strength.

Dick Van Dyke gave Moore her big break by featuring her on The Dick Van Dyke Show. He had this to say on Twitter.

There are no words.
She was THE BEST!
We always said that we changed each other's lives for the better.
I... https://t.co/Xm8OBbQQ8j

This morning, Van Dyke talked to CBS This Morning.

“When we hired her, nobody knew she could sing and dance… and I didn’t know that I could.” -- @iammrvandy remembers co-star #MaryTylerMoorepic.twitter.com/gYwZcpYKWL

Cloris Leachman told us who the "real" Mary was.

The picture that we all have of Mary, that’s how she was—sweet, kind, so tender, so delicate. She was America’s sweetheart. We loved you.

"A line from our theme song was 'Love Is All Around,' and that's what it was for five days a week for seven years straight on the Mary Tyler Moore set," Gavin MacLeod told PEOPLE. "It was all because of Mary! She was professional; she was extremely creative with a terrific sense of humor and a gifted actress.

Georgia Engel told this to Us Weekly, "She was my beloved friend, I loved her very much. She helped launch my career. She will be missed greatly."

Moore's costars weren't the only ones to pay tribute to the iconic actress.

Carol Burnett, another funny woman of the 1970s, had this to say in a statement:

"She will be so missed. She was a pioneer on television and also one of the sweetest, nicest people I ever knew."

Bob Newhart, whose own eponymous show was produced by MTM Enterprises, had this to say to NBC News:

"You're going to be hearing Mary's voice in female actresses in comedy forever. She was that big an influence."

Bob Newhart on Mary Tyler Moore: "You're going to be hearing Mary's voice in female actresses and comedy forever." https://t.co/LSShX5912u

Barbara Eden had her starring role on television around the same time as Moore. She had to say this.

Like many I was a fan of Mary's I admired her fantastic comedic talent work ethic & strength A valiant fighter to the end #MaryTylerMoore -B pic.twitter.com/vgHeEGvhTR

Minnesota Senator Al Franken even joined the chorus of tributes, as the show took place in Minneapolis.

Mary Tyler Moore will always be immortalized in Minnesota. My thoughts are with her family and loved ones today. https://t.co/FpJ5EUEOCnpic.twitter.com/x8dKH7g21v

Humans weren't the only one giving thanks to the television icon.

You lit up our world with your smile (and lots of laughs). You took a nothing day and made it worthwhile. Miss you already, #MaryTylerMoore.

Here's to you, Mary Tyler Moore! Rest in peace.