Certainly, we all love and remember her as Mary Richards and Laura Petrie, but the sitcom legend was a major force behind the camera, too. 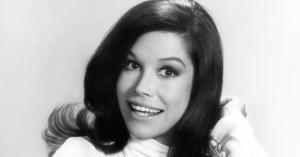 In the following decades, MTM Enterprises delivered fantastic sitcoms such as WKRP in Cincinatti and Newhart, as well as gripping, influential dramas like Hill Street Blues and St. Elsewhere. Who could forget that adorable cat, Mimsie, meowing in the MTM logo after the credits rolled?

In between those highlights were a score of overlooked comedies and dramas. Her company's programs gave some big names their breaks, and broke boundaries. Here are some MTM shows you might not remember. 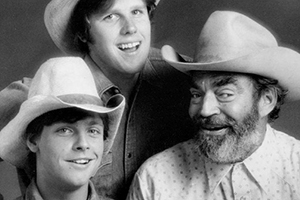 Before he became Luke Skywalker, Mark Hamill starred in this, the third series from MTM, following Mary Tyler Moore and The Bob Newhart Show. The comedy premiered in September 1974, weeks before Hamill turned 23. It was a flop. Despite its failure, there are reasons to remember the show. The John Prine theme song, "Illegal Smile," is a great downbeat cowboy tune, with the fantastic line, "Bowl of oatmeal tried to stare me down / And won." Hamill played Doobie, the younger brother of Gary Busey's character, Truckie. In the second episode, Doobie checks out an X-rated film, is repulsed by it, and seeks the advice of Busey. Luke Skywalker and Gary Busey talking the birds and bees in cowboy hats. How could that not click. The series was canceled two episodes later, as The Rockford Files drubbed it in the ratings. Check out 12 other pre–Star Wars roles by Hamill. 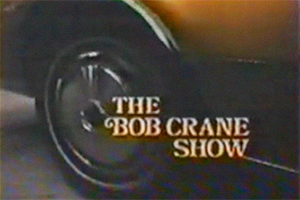 Hogan's Heroes headliner Bob Crane attempted a comeback in a series he described as a "hard comedy." The sitcom about an over-the-hill insurance salesman who enters medical school had unfortunate luck, as the FCC instituted its Prime Time Access Rule, which limited the amount of programming networks could air in primetime. Thus, The Bob Crane show was delayed, retooled and started off on the wrong foot.

3. Three for the Road 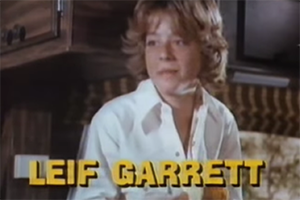 MTM's first hour-long drama is best known for giving the world Lief Garrett. The actor was just 13 years old at the time, and the short-run series launched his career as a teen idol. Young girls swooned for the kid traveling America in an RV with his dad and brother. A flood of fan mail led to spreads in Tiger Beat. 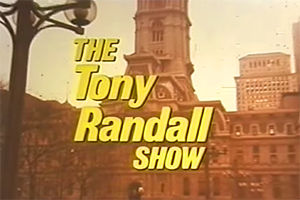 MTM was fond of giving TV stars new vehicles, like this sitcom for the former half of The Odd Couple. Randall played a widowed judge in Philly. The series is notable for giving Michael Keaton one of his earliest credits, as the future Batman appeared in a couple episodes as "Zeke." 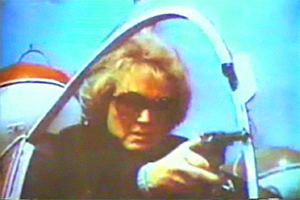 The beloved TV veteran again received her own show after the success of Mary Tyler Moore. On The Betty White Show, White played Joyce Whitman, an actress who lands her dream role only to find out her ex-husband is directing the project. The Betty White Show only lasted one season in 1977 due to stiff competition from Monday Night Football. We love the opening credits sequence, which depicts White as an action hero. 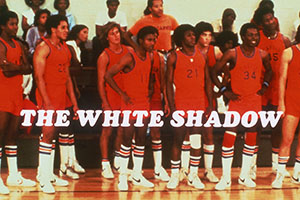 The most well-known and successful series on this list, The White Shadow nevertheless remains, well, overshadowed by MTM series like Hill Street Blues and Rhoda. It was just as groundbreaking and important. Before Friday Night Lights, there was The White Shadow. From 1978 to 1981, the high school basketball drama dealt with serious issues in the guise of a sports soap opera. The series meant a lot to many people. According to The New York Times, it even helped popularize the sport of basketball in Turkey. The MTM productions remains one of the longest-running dramas with a predominantly black cast. 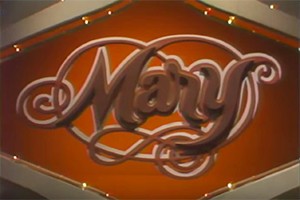 Mary attempted a comeback with this eponymous sketch-variety series. It was an unmitigated failure, lasting a mere three episodes. Still, it was important, as it gave cast member David Letterman his first regular television role. He would go on to appear in subsequent The Mary Tyler Moore Hour.

The obscure cartoon might be the ultimate Mary Tyler Moore Show trivia question, as it was a spin-off of the spin-off Rhoda. On Rhoda, Carlton the Doorman was heard but never fully seen (only bits and pieces of him, rarely). This animated pilot aimed to explore his life. However, it was not picked up as a series and aired just once. 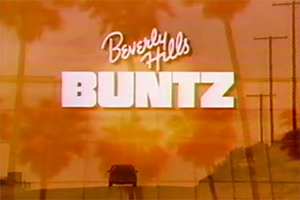 MTM was always rethinking the spin-off. The production company bravely bucked expectations. Lou Grant could have easily been another office comedy, but the series dove into serious drama about journalism, and made Ed Asner the only actor to be nominated for both Drama and Comedy Emmys playing the same character. Buntz was sort of the inverse, as it took Dennis Franz's Norman Buntz character from Hill Street Blues and moved him to a comedic setting in sunny California.

jamiahsh 27 months ago
Wasn’t Remington Steele an MTM production? I know hardly forgotten but who can forget the deerstalker wearing cat and his “meow.” As for these series, never heard of any of them. But Betty White as an action star “in the credits.” That would be something.
Like Reply Delete

jamiahsh jamiahsh 27 months ago
And did the cat have a pipe that fell out of his mouth?
Like Reply Delete

RedSamRackham 27 months ago
* When I saw Jack Elam saying "I'm your long lost Pappy!" on Texas Wheelers promo I predicted the series would fail. I believe MARY failed because she was a ruthless variety show star rather than our lovable Laura Petrie/Mary Richards on that show. The episode where she was cruel to old time comedian portrayed by Howard Morris was a turn-off indeed. But then Norman Lear also had his duds. ♣
Like Reply Delete

geisler2 40 months ago
You know growing up in the 70s television sitcoms wasn't one of my greatest pleasures not like music and playing basketball. but as i've gotten older i mean now that i've retired and watch more t.v. than ever before i can somehow appreciate television pioneers like mtm enterprises and a lot more for there hard work for producing such shows as Mary Tyler Moore show, Rhoda, The White Shadow, The Bob Newhart Show, and costless of other sitcoms. So in so words thank you Mary and Rhoda for entertaining us all You'll never be forgotten you two lovely angels.
Like Reply Delete

JoeSHill 40 months ago
After MTM Enterprises was sold to 20th Century Fox Television (now a Walt Disney-owned asset-stupid idea!) MTM, along with NBC had produced "THE PRETENDER" (1996-2000) starring Micheal T Weiss as "Jarod", a highly superior genius who has escaped from a facility called "The Centre" who ruthlessly pursues the highly gifted genius through the efforts of "Miss Parker" (Andrea Parker) "Sydney" (Patrick Bauchau) and "Broots" (played by Jon Gries, the son of the late producer-director Tom Gries, who created "THE RAT PATROL" in Fall 1966 for ABC) who, every week try to track down their highly-valued asset. MTM Enterprises was among the last indie TV companies that dominated the Television business from actress Mary Tyler Moore and her husband Grant Tinker who founded their company in 1970 with the CBS debut of "THE MARY TYLER MOORE SHOW". but "THE PRETENDER", which was brilliantly created by Steve Mitchell Long and Craig W. Van Sycle was truly a worthy TV series that created a great drama in the vein of "THE FUGITIVE", but NBC's inept stupidity with this series was unforgivable and canceled the series in 2000 when the episode ended in a cliffhanger, and that prompted TNT to rescue the series with two made for TV movies in 2001 that attempted to resolve the storyline of where Jarod came from- this was how MTM Enterprises' remarkable legacy came to an end when Twentieth Century Fox Television took them over!
Like Reply Delete

JoeSHill JoeSHill 40 months ago
Oh, and I neglected to mention another MTM Enterprises-produced series, "THE DUCK FACTORY" (1984) for NBC that starred Jim Carrey who played an animator for their "Dippy Duck" series, Theresa Ganzel and veteran voiceover Don Messick, synonymous with Hanna-Barbera cartoon voices also starred in this short-lived NBC series.
Like Reply Delete

jimmypinet 41 months ago
The MTM logo is still the best...thank you MeTV!
Like Reply Delete

Wiseguy 41 months ago
"Leif" Garrett not "Lief."
Like (1) Reply Delete