"We hit it off immediately." The TV icons became practically family.

The year was 1966, and Carol Burnett had yet to debut her legendary sketch series. The Carol Burnett Show would premiere the next year, but for now, Carol was just a gal at home, watching TV.

On her screen was Gomer Pyle, U.S.M.C. Carol was such a big fan of Jim Nabors' hit show, the prior year, she sent him a fan letter.

"I thought he was so wonderful," Carol wrote in her book This Time Together: Laughter and Reflection.

The episode she was watching was probably "Love's Old Sweet Song," because Carol remembers Gomer singing "a beautiful folk song, accompanying himself on the guitar." In the scene, he plays "500 Miles" for Lou-Ann Poovie.

Of course, Burnett was not just any fan sending kudos to a rising star. She was breaking out herself. So, soon afterward, Burnett and Nabors fatefully met in New York, forming a lifelong friendship. "We hit it off immediately," Carol wrote.

Something today's audiences might not understand is that some of these classic TV friendships ran deep. It was that way with Carol and Jim, and soon, they were practically family, when she named him the godfather of her daughter Jody.

Jody was born January 18, 1967, so less than a year into their friendship, they had formed a close bond.

Nine months after her daughter was born, The Carol Burnett Show premiered, and Burnett didn't have to think twice about who to invite as her first guest.

"Jim was our very first guest," Burnett wrote, and when her show took off, she gave him the credit, writing, "When the show took off, we looked on Jim as our good-luck charm, so he wound up being the guest on the first show every season for 11 years."

One week after Nabors helped Burnett debut her show to dazzling success, he also gave Burnett another gift when he welcomed her as a guest on Gomer Pyle, U.S.M.C. "We sang a whole medley together," Carol told MeTV. She also said, "It always amazed me how he could talk like [Gomer] and sing like that." 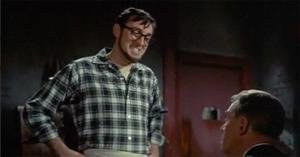 Did you know?1960smovies
Jim Nabors awkwardly had his voice dubbed over in his movie debut

Burnett and Nabors remained close friends, as both became the superstars and TV legends we cherish. And when Nabors got his star on the Hollywood Walk of Fame in 1991, Burnett was by his side, along with some of their other classic TV friends, Florence Henderson, Loni Anderson, and Phyllis Diller. Nabors rarely did interviews, but when he did, he talked of his friendship with Carol. In 2008, he told a great story in an episode of the PBS series Pioneers of Television.

"Lucy was very much an analyst," Nabor recalled, "And she said, 'The kid's the best there is.'"

Then he remembered laughing and telling Lucy, "Well, you did pretty good yourself!"

"No, I'm different, I'm different," Lucy told Nabors. He explained, "She was talking about her comedy. But she did say she thought Carol was the best sketch artist that had ever come down the pike — or ever would." Nabors laughed telling the story, but his pride in Carol is clear in how he emphasizes Lucy's awe of her.

In Burnett's 2020 book, she wrote a note directly to Nabors, ignoring her other readers to repeat for what was probably the billionth time: "Jim, I want you to know that I love my good-luck charm very much."

Before Nabors passed away in 2017, Burnett visited him to celebrate his 85th birthday, which was just another one of many milestones this pair of TV pals celebrated together. 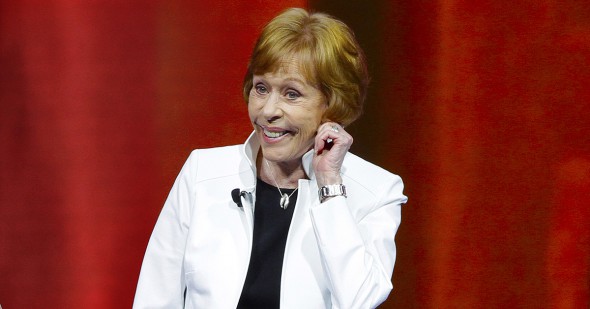 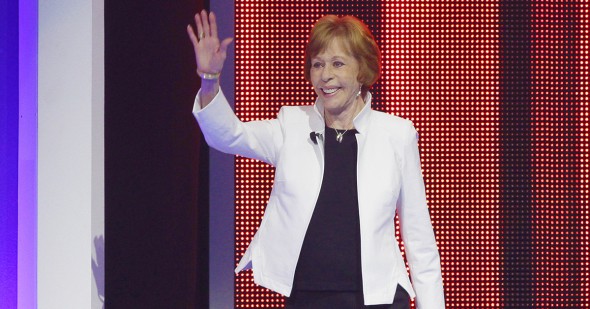 News
Finally, Carol Burnett won her first Grammy Award
Are you sure you want to delete this comment?
Close

lynngdance 26 months ago
Cool! Oh and since this article involve the Carol Burnett Show, have this gif of Harvey Korman doing the hula 😆🤪

stephaniestavropoulos lynngdance 26 months ago
Harvey's arms/hands are almost in the correct position,(and of course doing the moves,) that he could be doing both The Hula ad Flossing dances together.
Like Reply Delete

lynngdance stephaniestavropoulos 26 months ago
Never would have thought of that, but yeah come to think of it he could LOL 😆

stephaniestavropoulos lynngdance 26 months ago
Thanks lynngdance for the visual aid! Mind if I ask where you found the graphic to morph Harvey's head onto? It is the body of a giraffe, right? Too bad Flossing hadn't been in vogue when he did the Hula. Doing them together on CB's show, he could have started a dance craze! Thanks again for making me laugh lynngdance!
Like Reply Delete

lynngdance stephaniestavropoulos 26 months ago
Your welcome 😆. And I made the gif with the apps PicCollage and ImgPlay. I got the giraffe and Harvey’s photo with the search tool on PicCollage, then cut out the photo of Harvey and put it over the giraffes head. Then I put it in ImgPlay to make it into a gif. (PicCollage can make gifs but there not a continuous loop, that is, you have to keep pushing play after a few times.)
Like Reply Delete

geatornez82 lynngdance 20 months ago
When I first saw this episode, I said to myself, "I wonder if he's done this before?"
Like (1) Reply Delete

Moriyah 26 months ago
Btw, my friend's birthday is on Thursday as well! So I hope he enjoys the episode that will come on that night!
Like (1) Reply Delete

Moriyah 26 months ago
Wow, interesting! Now I think I know that there's some kind of meaning behind the episode that will be on for Thursday!
Like Reply Delete