Burt Ward, Adam West and an orangutan made the craziest, greatest game show that never aired

'What Have You Got To Lose' would have been a highlight of '80s television. 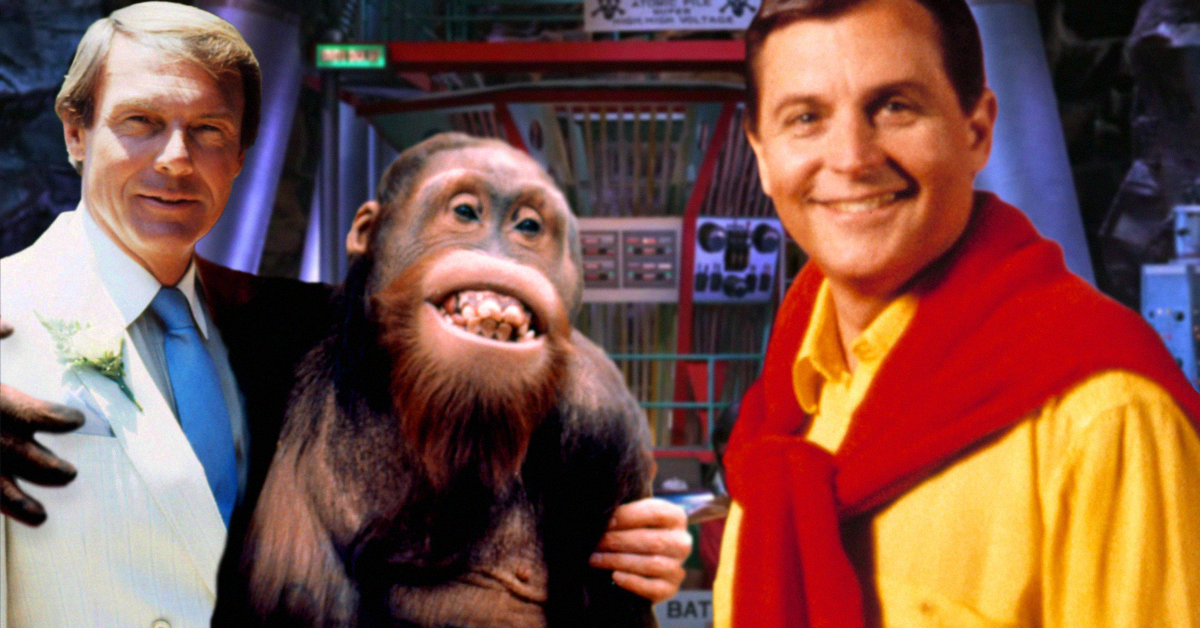 In 1988, People sat down to catch up with Batman star Burt Ward. The former Boy Wonder was then 43, promoting his latest endeavor, a series of educational films for children starring a large bird named Earlybird. The 52-part video series was the creation of Ward's production company, Pinnacle.

The article features a handful of fascinating biographical details about Robin portrayer, like how, at the age of 2, he was billed as "the world’s youngest professional skater." Yet there was one particular little nugget that jumped out at us.

The writer mentions in passing one of Pinnacle's earliest endeavors from the mid-'80s: "One of his first creative efforts was a short-lived game show called What Have You Got to Lose? featuring [Adam] West as emcee — and an orangutan as contestant." 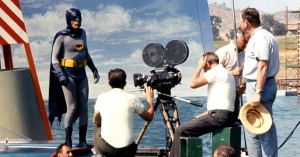 Wait, what? The erstwhile Robin made a game show with his Batman? And it featured an ape? How had we never heard of this?

Internet searches revealed nothing. Nada. Zilch. What Have You Got to Lose? was not listed on IMDb, Wikipedia, nor elsewhere. No grainy VHS footage could be found on YouTube. Did this game show really exist?

We had to go to the source to learn more. We phoned up Ward, who currently lives in the Western-themed town of Norco, California, and had a lovely chat. (Look for the full interview soon.) These days, the actor is reprising his Robin role in the acclaimed new animated film Batman: Return of the Caped Crusaders. Ward and his wife, Tracy Posner, also devote much of their time to Gentle Giants, a large dog breed rescue and line of dog food that has increased the lifespan of big canines with remarkable results.

Naturally, we had to know more about What Have You Got to Lose? Ward told us the incredible story of the wildest game show the world has never seen.

MeTV: So this People article from the Eighties mentions a game show you made with Adam West, What Have You Got to Lose? Was this real?

Burt Ward: Yeah! I was executive producer and created a game show company. And — oh my! — it was a wonderful game show. It could have been the biggest one.

MeTV: Is it still sitting around somewhere?

Burt Ward: I don't own the rights to it. I'll tell you what happened. At the end of the year, wealthy people are looking for tax write-offs. There was a company that was heavy in real estate and wanted a big tax write-off. So they funded this for 13 episodes. And I thought it was the greatest concept of, well, anything.

MeTV: Can you explain the premise?

Burt Ward: It was just the opposite of every game show. Because, you know, with a game show, you start off little and you keep trying to get that bigger prize. The whole concept of this show was, in the beginning, you win everything. You win everything! The trip to Europe! The new car! The fur coat for your wife! You win it all. The whole question is, can you hold on to it for 30 minutes? And you're playing against the house expert.

MeTV: Who is that?

Burt Ward: Everything I do is satirical. Instead of having a regular person you play against who always knows the answers, we wanted to make it where nobody could think we were fixing the contest for the contestants to lose. So our house expert was none other than C.J. the orangutan from the Clint Eastwood movie [Any Which Way You Can, the sequel to Any Which Way But Loose]. I don't know if you saw any of it.

Burt Ward: Oh my god, was it hilarious. Adam was the host and C.J. was the house expert. He was taught by his handlers to play — you know the game you played when you were a kid, Old Maid? Well, that was sort of what this game was. But people had all these valuable things, like that trip and new car. C.J. had his valuable things — like a whole pallet of bananas. He could win your stuff! He could take your trip to Europe and you could win his bananas.

MeTV: This is a brilliant idea.

Burt Ward: I'm telling you, people were crying on the set they were laughing so hard?

MeTV: So why have we never seen it?

Burt Ward: What happened was we went to the NAB [National Association of Broadcasters] trade show in Las Vegas. The company that funded it, the owner's son, wanted to be a distributor. And they insisted, because they put up all this money, that we let him be the distributor. Of course, he didn't know what he was doing, and it didn't get distributed. But, I will tell you this! If you were able to pull the records, and you were to go back, you could find the footage where at NAB we were voted one of the top shows of the year, because it was fabulous! It was fabulous.

Adam West and an orangutan? How could that not sell? Stay tuned as we continue our conversation with Burt Ward, discussing everything from secrets of the Batman set to his skills as a speed-reader and martial artist.

Visit GentleGiantsRescue.com to learn about Ward's wonderful work with dogs and find out more on his line of dog food on Facebook.