Before she was Mrs. C: Revisit the early TV roles of Marion Ross

The iconic TV actress has announced she is retiring at 89. 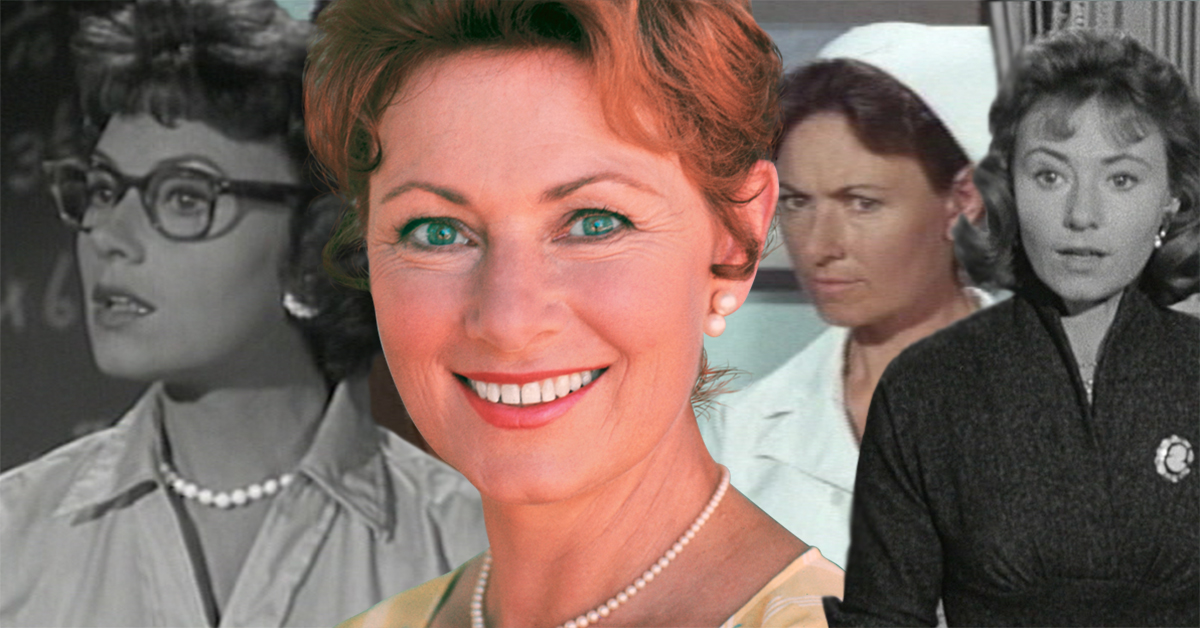 As the mother of Richie and Joanie Cunningham, Mrs. C became one of TV's best-loved moms. For her work as Marion Cunningham, the actress Marion Ross garnered two Emmy nominations by the end of Happy Days' 11-season run. In that time, the actress became synonymous with her TV counterpart, as difficult for fans to separate from the role as Florence Henderson from Mrs. Brady or Barbara Billingsley from June Cleaver.

Most recently, though, the actress hasn't appeared on TV so much as she has been heard, doing voice work on hit animated shows like SpongeBob SquarePants (she's Grandma SquarePants), Family Guy and King of the Hill. Of course, she also continued acting in sitcoms, too, with recent parts on the reboot of The Odd Couple and Betty White's Hot in Cleveland. In these ways, she's remained active in TV for six decades. 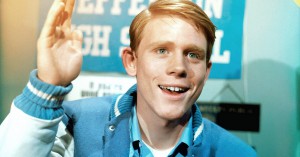 And now the seasoned actress has decided the time has come to retire. In a recent interview, she announced her decision formally and it's got Happy Days fans like us finding our eyes a little misty, recalling all those poignant moments her character was the central nerve for.

But before Ross become Mrs. C, she built her career playing bit parts on major shows. We saw her early on in 1954 giving manicures on The George Burns and Gracie Allen Show, then again in '54 on The Lone Ranger. Young and pretty, with expressive eyes that could well with tears or pool with meaning, Ross' roles got bigger and bigger leading up to her cast member role on Happy Days.

In what is arguably Ross' most impressive dramatic performance, she appeared on Perry Mason in 1959, a duplicitous wealthy woman who tries to persuade Perry Mason that she is not an accomplice in the episode's murder. In "The Case of the Romantic Rogue," we get to see Ross burst onscreen, raising her voice to scream at Mason, "Leave me alone!" Spoiler alert: He does not. 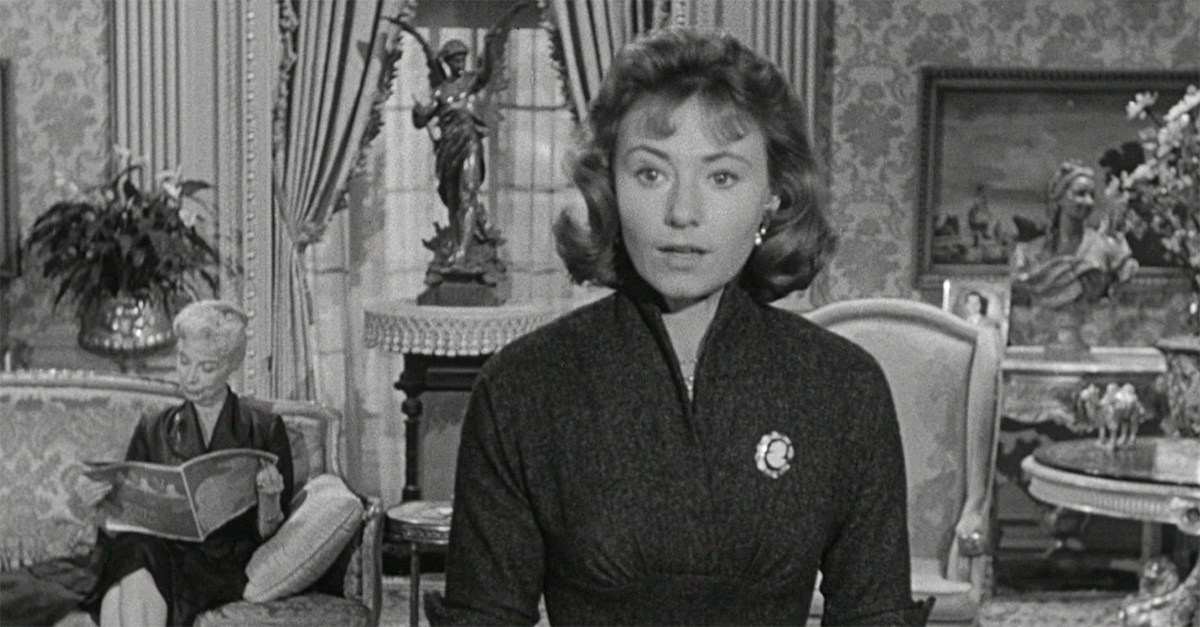 That same year, we saw Ross morph into an anxious school teacher, perceived as too strict because she's simply that nervous. It takes a pep talk from Donna Stone on The Donna Reed Show to right the first-time teacher's approach to instruction. It's especially fun to see a young Mrs. C, whose bright green eyes helped steer Richie to the right decision every time, sporting a bookish pair of glasses. 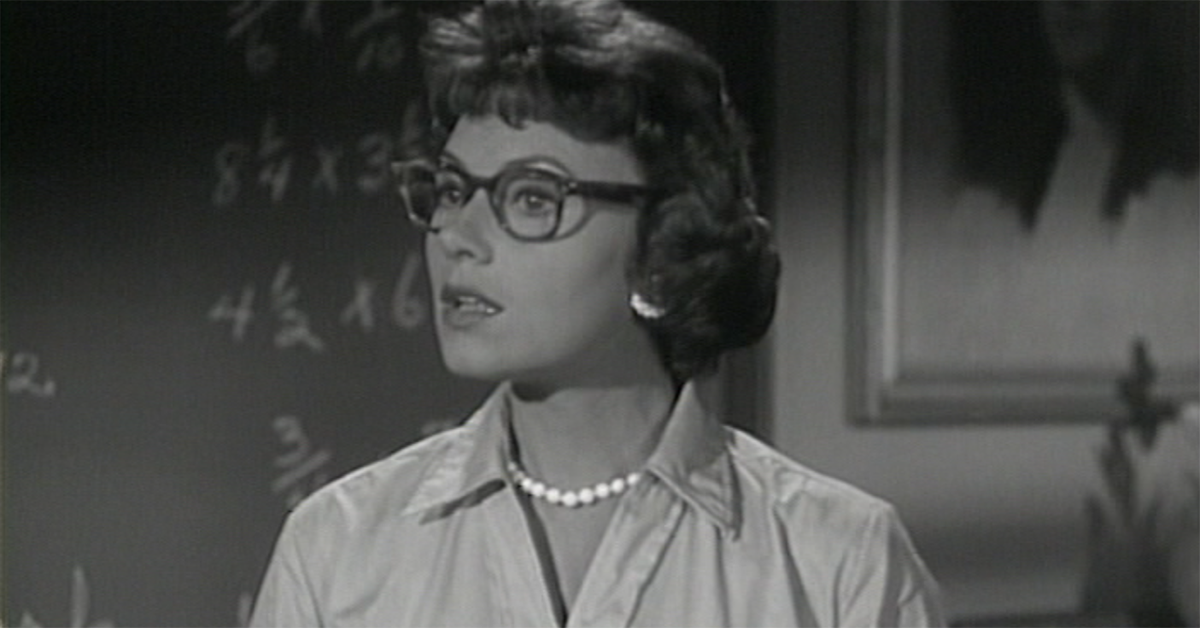 Once the 1960s started, Ross' career took off, with notable appearances on multiple episodes of a range of popular shows like The Untouchables, The Loretta Young Show and Rawhide. Below, check her out in the Rawhide episode "The Woman Trap," as part of a group of women the drovers encounter along the road (who they naturally first believe to be a hallucination). Although many now tend to think of Ross by her matronly stereotype, she did not yet have that struggle at casting calls then. 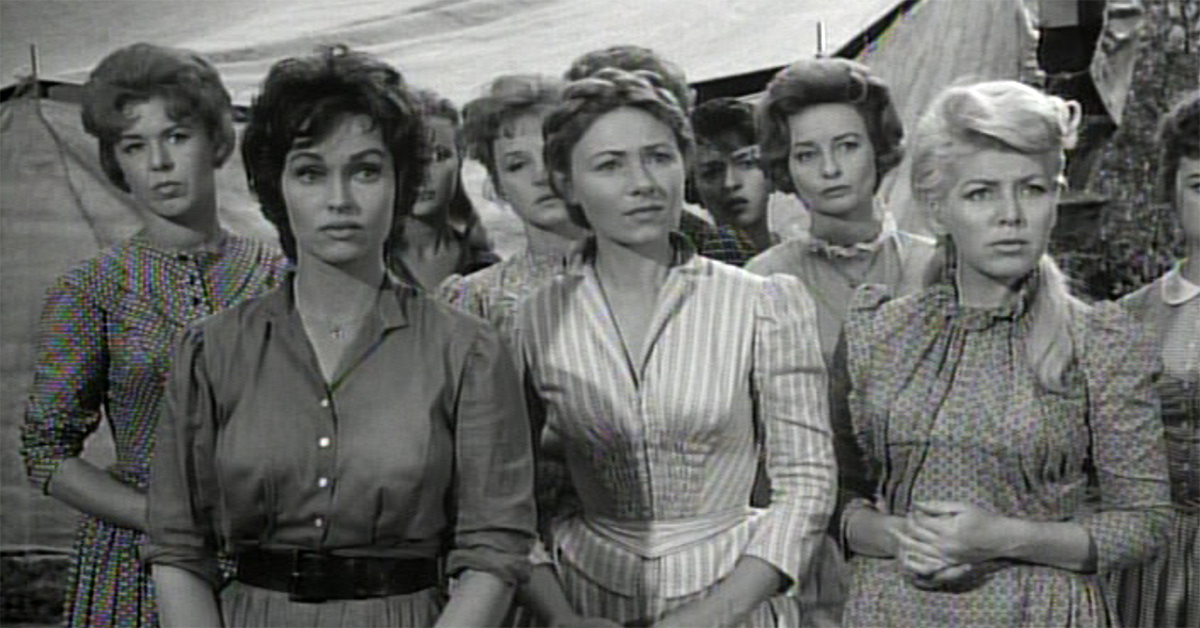 To get a feel for Ross' versatility as an actress, get comfy and watch these classic episodes back to back. On Father Knows Best, she plays a meddlesome swim coach who unwittingly misleads Kathy as to what big news her dad's cooking up in the episode "Jim's Big Surprise."

But then on Route 66, here's where Ross really sheds any relation to her classic TV stereotype. As the wife of a wrongly convicted Texas prisoner, she's put on the stand to testify, and the scene answers anyone who ever asked the question: "What would Mrs. C look like if she got really mad?" Ross loses her temper in a fierce performance that is a must-see just to hear her speaking in a Southern accent alone.

Watch the episode of Route 66 here.

But Ross was actually already cast as a mother on TV in the time between those two roles. In 1964, she appeared on The Outer Limits for the episode "The Special One." In it, her son is singled out as a child prodigy by a man who turns out to be an alien. It features a tense performance from Ross, whose fright is practically palpable on the screen. 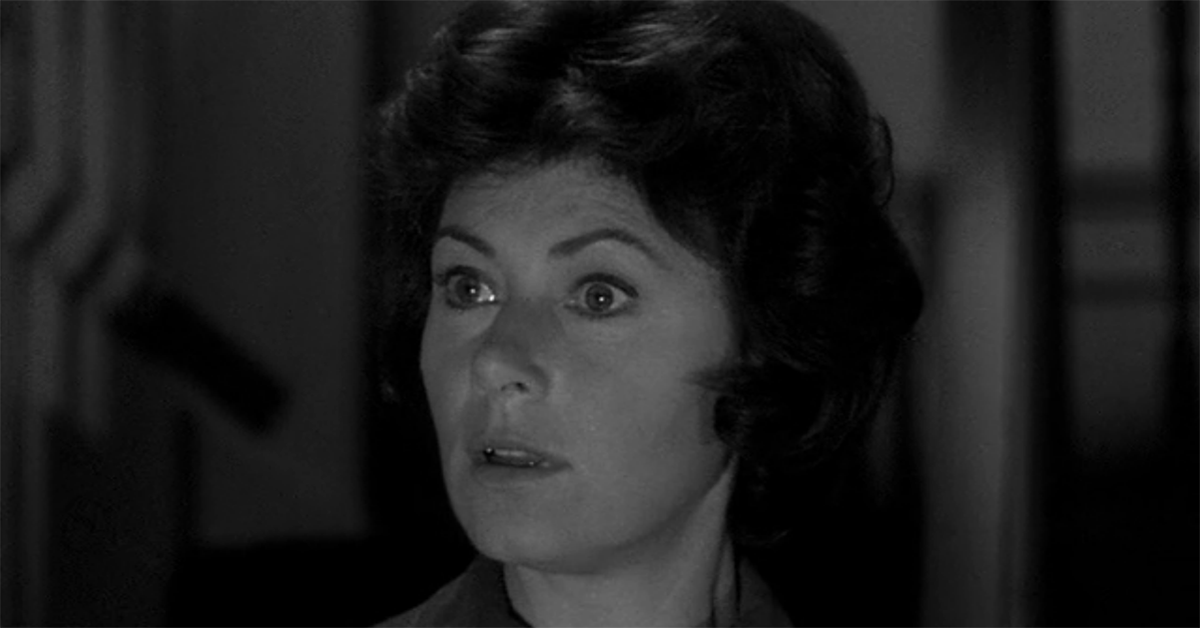 Before officially becoming Mrs. Cunningham in 1972 on Love, American Style, which debuted the Happy Days pilot, "Love and the Happy Days," Ross had appeared in dozens of hit shows, from high drama of Hawaii Five-O to family-friendly fare like The Brady Bunch. 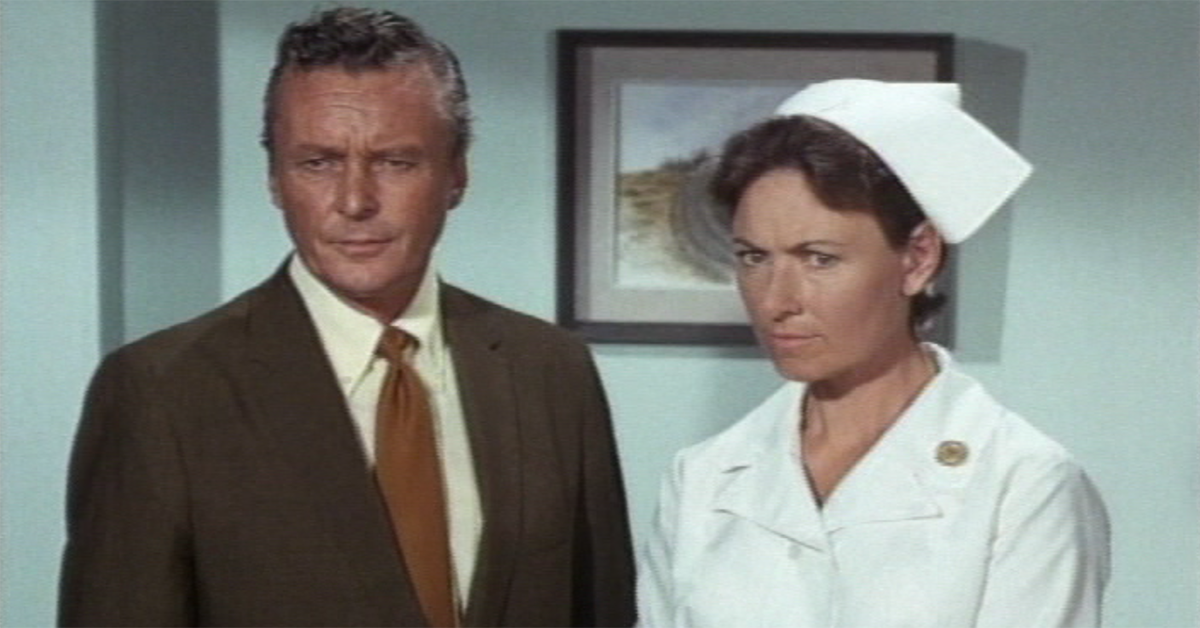 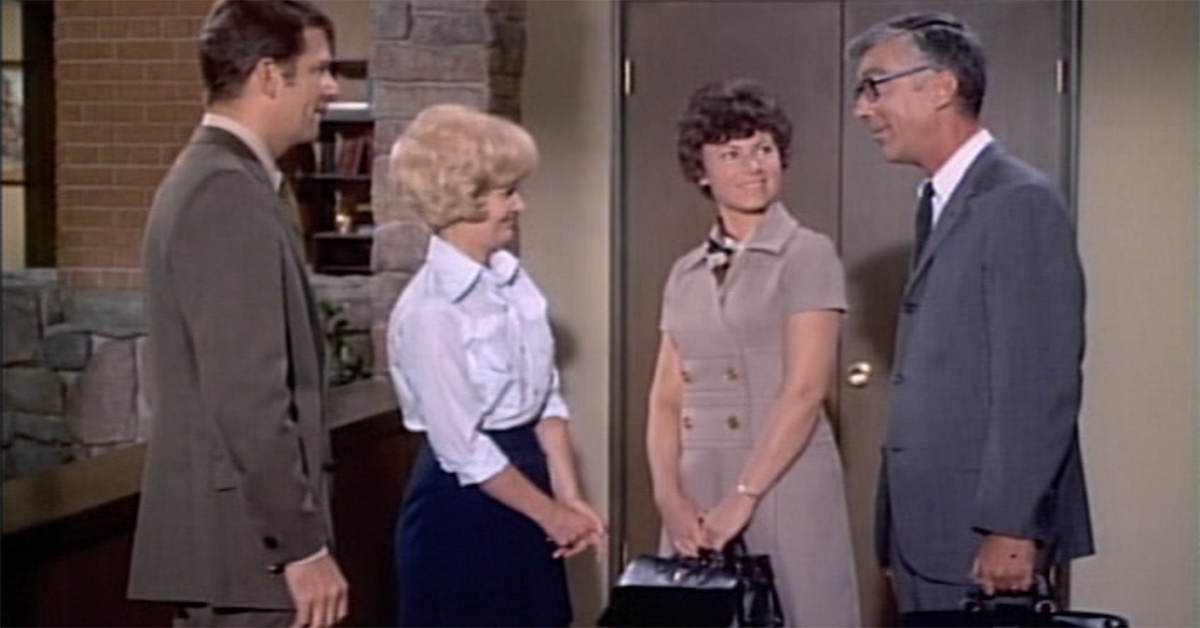 In tracing back the history of her electic TV roles, one thing has become abundantly clear: The genius of Mrs. C's pleasant niceties was crafted by a talented actress whose dynamic TV training helped make the TV mom so unforgettable. Congratulations to Marion Ross, as the actress officially retires. The small screen will surely miss her expressiveness.

jamiahsh 38 months ago
How many different characters did Mrs. C tell to “sit in it?” She even got one in on the Fonz, himself.
Like Reply Delete