Robin and Bruce Lee were neighbors. 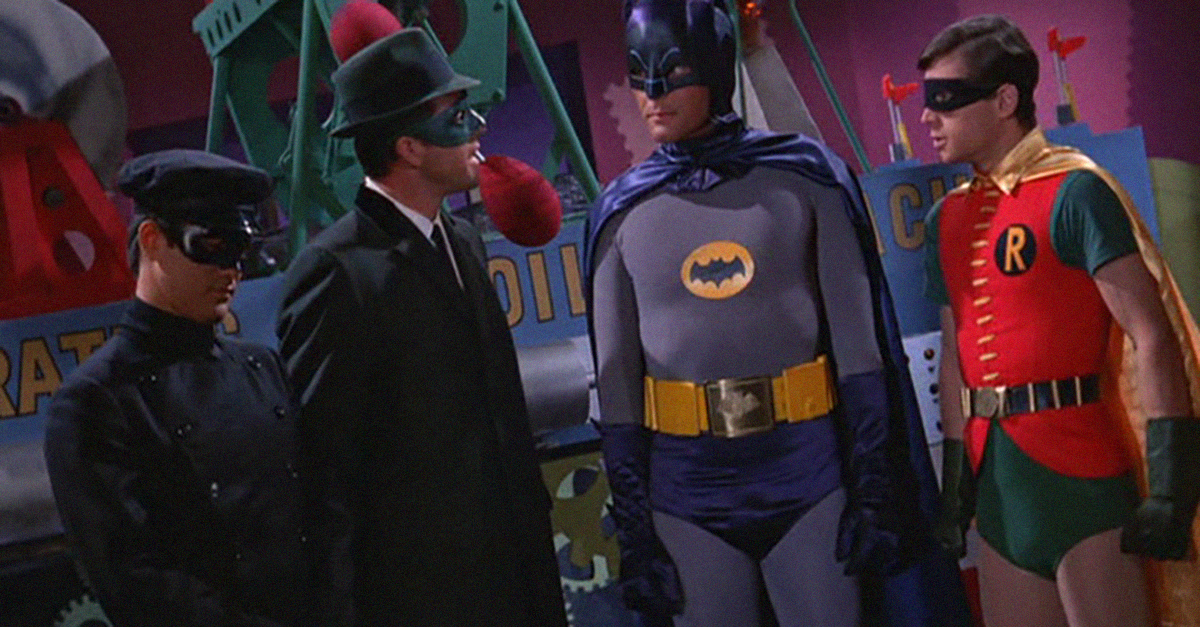 All this year we have been celebrating the 50th birthday of Batman, the iconic TV series that turned the supposedly Dark Knight into a campy, colorful blast. (Not to mention, the half-century anniversary of Batman: The Movie.) William Dozier launched his pop-art vigilante on small screens on January 12, 1966.

The milestone has led to a recent revival. There's even a new pinball machine. Original stars Adam West, Burt Ward and Julie Newmar teamed up again to voice a new animated film, Batman: Return of the Caped Crusaders. Watch the trailer, if you have yet to see it. The home-video release also features the vocal talents of Mr. William Shatner, who is doing a little 50th anniversary celebrating of his own with Star Trek.

West and Ward sat down with Nerdist to chat about their time working on the television show. The dynamic duo revealed nine secrets about the series. Frankly, we've spilled some of them to you before in our own list.

See Also: 11 BAM! POW! things you might not know about 'Batman'

But there are some fun, fresh insights into this delightful piece of pop culture history. Let's take a look at a couple.

For starters, West explains that he came up with his Batusi dance while driving. "I was listening to jazz on the radio, and I switched around, got some different music," the actor recalls. "I began to move on my car seat, and people looked at me strangely. I was Watusing, then Batusing while I drove.”

And did you know that Robin was neighbors with Bruce Lee? Ward and the martial arts legend lived in the same condominium complex. "He and I used to spar together," Ward says. "Because I was a black belt in karate and he was the ultimate martial artist." Ward also makes the claim that he was the first character to fight Bruce Lee onscreen.

Ward also tells of how Frank Sinatra wanted to the play the Joker. We've shared that one with you before, as well. But it is a really cool piece of trivia.

Batman: Return of the Caped Crusaders is out now on DVD, Blu-Ray and streaming services.