Where To Watch Shop Store Contact
Home / Stories / 12 things you never knew about 'Batman: The Movie'
nostalgiaDid you know?

12 things you never knew about 'Batman: The Movie'

Batman in red? The Green Hornet as President? The 1966 summer blockbuster is packed with surprises. 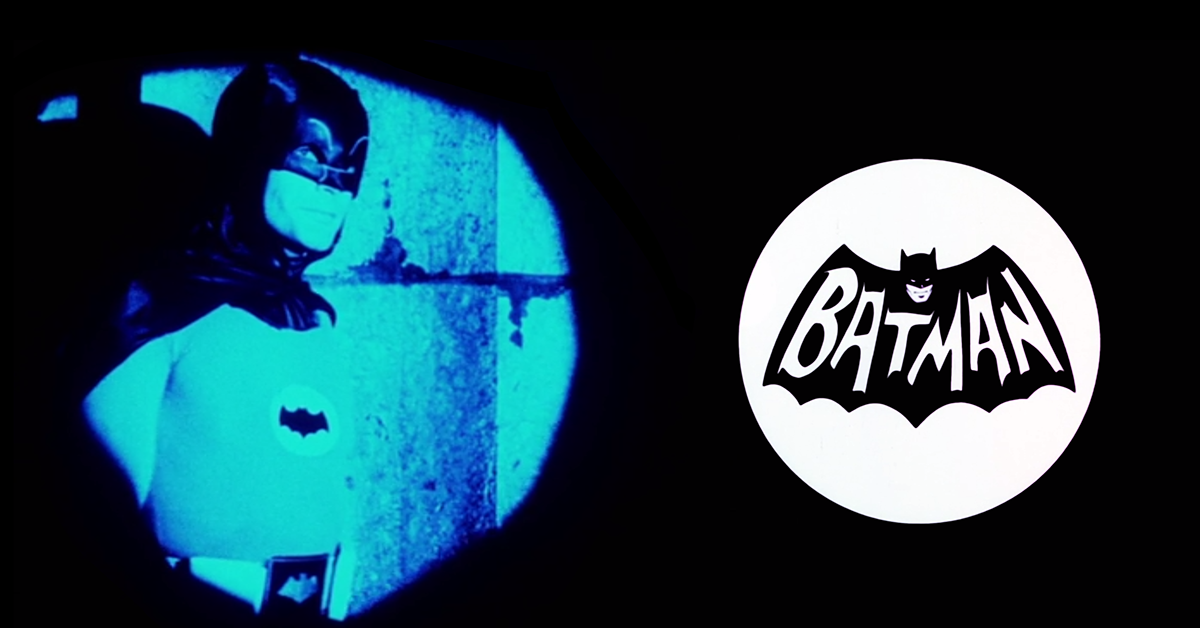 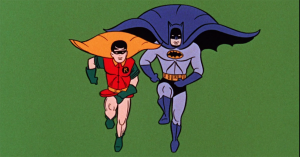 Adam West
11 BAM! POW! things you might not know about 'Batman'

Adam West was far more than Batman on the small screen. He was Batman on the big screen, too! Fifty years ago, the iconic DC Comics crime fighter made the leap to his first full-length film.

With a larger (though still not very large) budget, the Caped Crusader took to land, sea and air. Batman and the Boy Wonder had a full arsenal replete with Batcopter, Batboat and Batmobile, of course. Up against our heroes was a full rogues gallery of villains that included the Riddler, the Joker, the Penguin and Catwoman.

Here are a dozen doozies you might not have known about the motion picture.

1. The Green Hornet was the voice of President Lyndon B. Johnson. 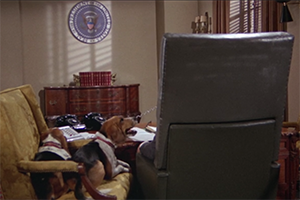 We start with our favorite trivia tidbit. Van Williams — best known as portraying playboy Britt Reid and his vigilante alter ego, the Green Hornet — was the uncredited voice of LBJ, who is seen only from behind in the movie. Williams would appear as the Green Hornet on the Batman series in the following season in the ultimate crossover of crimefighters.

2. Julie Newmar was signed to another project. 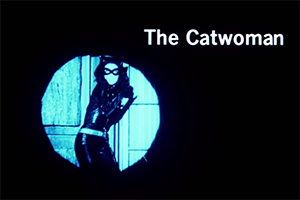 The purr-fect first Catwoman from the TV show did not make the jump to the big screen, as the actress had signed on to another project. The production quickly found a replacement in Lee Meriwether. Unfortunately, Newmar found trouble in her concurrent movie career. She went to the U.K. to film the racy comedy Monsieur Lecoq, which was abandoned and left unfinished. However, stills of Newmar from the production did end up in Playboy. 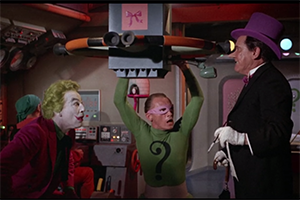 The producers could not find a replacement for Newmar quick enough. This is why Catwoman does not appear in the first scene aboard the Penguin's submarine — Meriwether had yet to join the production.

4. The movie was originally intended to precede the 'Batman' series.

Series creator and producer William Dozier wanted the film to be the first introduction to his vision of Batman, as a sort of cinematic pilot. However, 20th Century Fox was not willing to gamble on a movie release, the cost of which the studio would have to cover entirely, and instead opted for the TV show first, as the network assumed some of the financial risk.

5. The movie is dedicated to crime fighters. 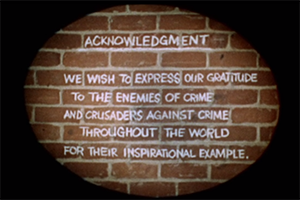 6. It is the only Batman movie to clock in at under two hours.

Holy butt numbing, Batman! Have you tried sitting through a modern Batman movie? They're as long as a Godfather movie. Let's give a hand to this production for its speedy pace.

7. A sequel was planned and later scrapped. 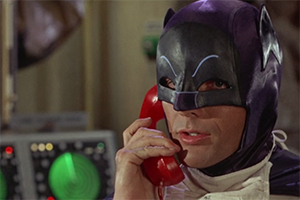 Dozier hoped to shoot another feature following the second season of the TV show, one that would introduce Batgirl. However, sagging interest and ratings led to the project being scrapped for fear of financial risk. Fortunately, Yvonne Craig got the call for season three.

8. The movie premiered in Austin, Texas, because of the Batboat manufacturer. 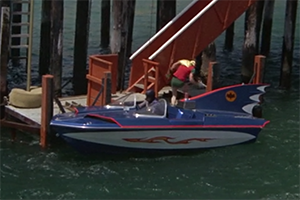 Glastron Boats provided the nifty Batboat seen in the film. In return, the studio held the film's premiere in the hometown of Glastron's headquarters, the Texas capital.

9. It was directed by the same man who shot 'Rescue from Gilligan's Island.' And he is still alive. 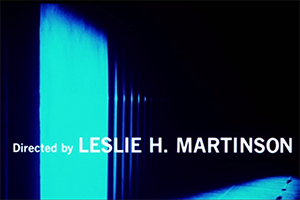 Leslie H. Martinson has a lengthly resume in television, having helmed episodes of Mannix, The Brady Bunch, CHiPs, Wonder Woman, Mission: Impossible, Maverick, The Mickey Rooney Show and much, much more. As of this writing, the man is still alive at the age of 101.

10. It was the final film of Reginald Denny. 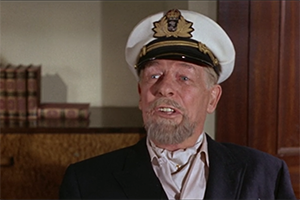 British screen legend Denny was a member of the Royal Flying Corps in World War I, and his film credits stretch back to 1915. After racking up over 180 credits to his name, he made his final appearance as Commodore Schmidlapp here in Batman: The Movie. 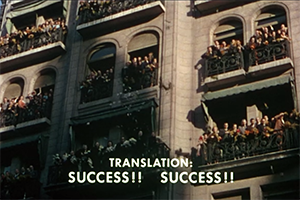 The film initially grossed $2,358,385 against its budget of $1,377,800. It held on to the top spot at the box office for a mere week however, as the massive Who's Afraid of Virginia Woolf? reclaimed the crown the following week.

12. Some promotions showed Batman in a red costume. 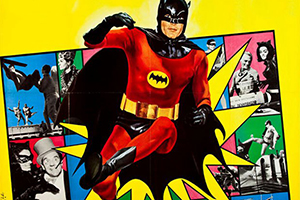 Can you imagine Batman with a Daredevil look? Well, you don't have to thanks to this Italian poster from 1966 by artist Giuliano Nistri. You can also see Adam West in red on this poster.

THERE'S MORE! HERE ARE 11 REASONS ADAM WEST IS THE BEST BATMAN EVER. 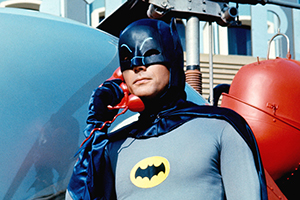 AaronHandyIII 24 months ago
Alas, Batdirector Leslie Herbert Martinson is no longer amongst us, having dearly departed his mortal Batplane on September 3, 2016, 2 months after this article. 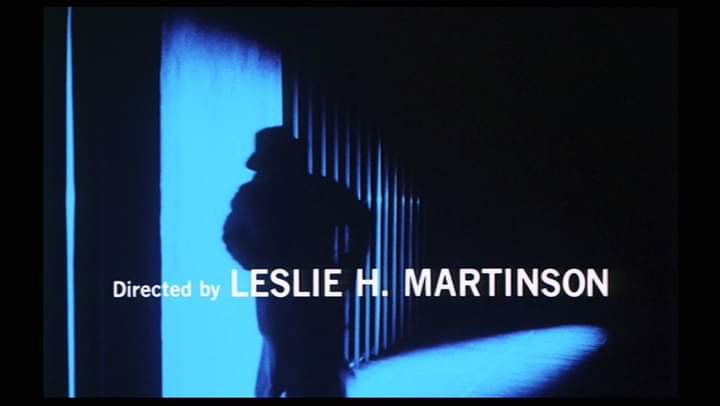