Everyone will know their names on an episode of The Goldbergs. 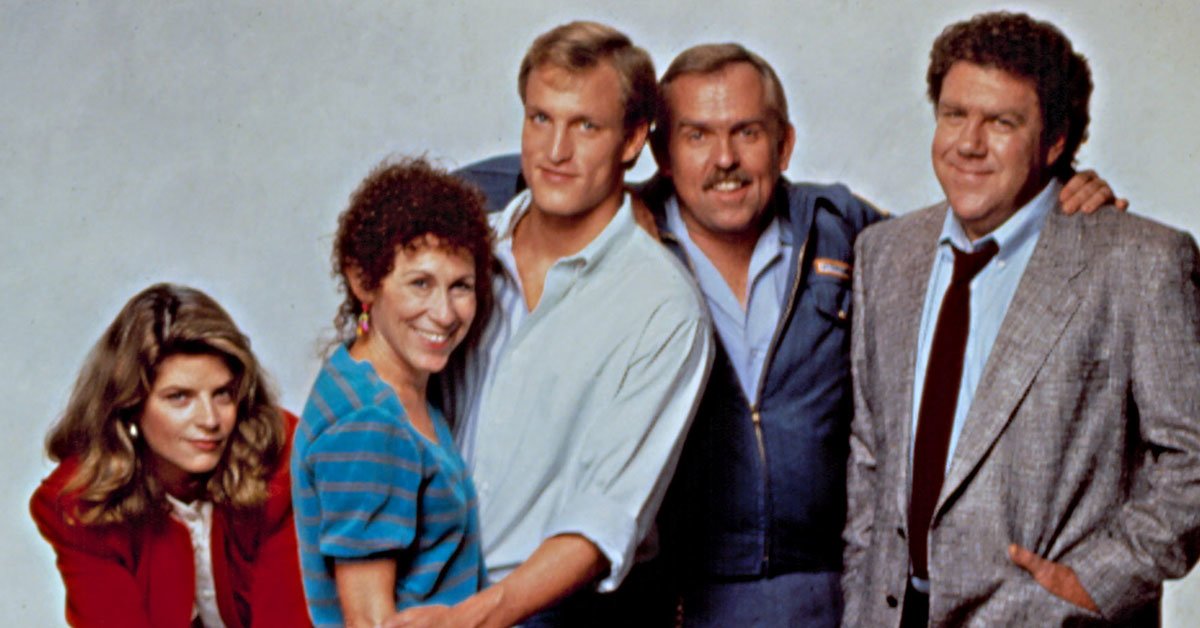 Four of the above Cheers actors are getting back together. (Hint: The one who is not is a big movie star.) Rhea Perlman, Kirstie Alley, John Wendt and John Ratzenberger will all grab a drink together at an altogether different bar. More of a kitchen countertop, really.

The four former Cheers veterans will appear on an upcoming episode of The Goldbergs, the nostalgic ABC sitcom steeped in Eighties pop culture. The Philadelphia-set series will welcome them into the Goldberg's home. On Wednesday, October 9, the quartet will turn up in the third episode of the series' seventh season.

According to the network's press release, the story "Food in a Geoffy," welcomes the classic TV faces in this way:

"When a job for Geoff Schwartz’s new food delivery service goes awry, it's up to Murray and Geoff to race all over Jenkintown in search of an important cheesesteak. Along the way, a handful of local customers (Kirstie Alley, Rhea Perlman, John Ratzenberger and George Wendt) are anything but helpful. When the search finally ends, Beverly invites them over; and even though it's the Goldbergs' house, you might mistake it for a bar where everyone knows your name." 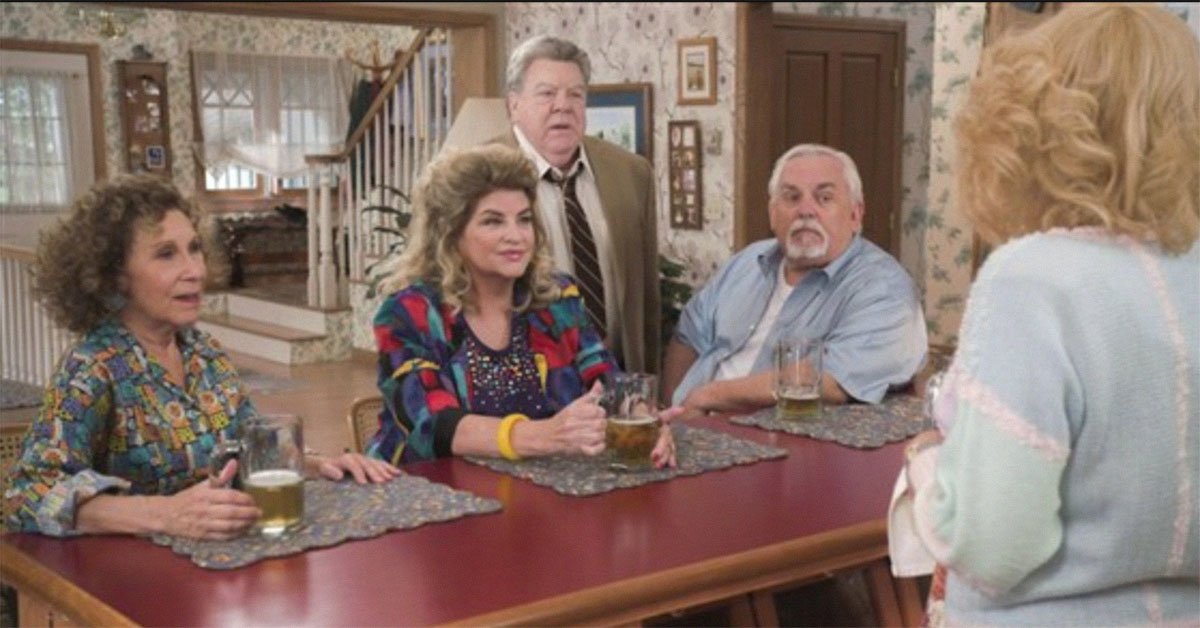 You can see the four here with Wendi McLendon-Covey, who plays Beverly Goldberg.

This is not the only nostalgia trip, er, "on tap" for The Goldbergs this year. The season premiere sees the family taking a National Lampoon's Vacation–inspired trip, complete with guest stars (and Vacation actors) Anthony Michael Hall and Christy Brinkley.

The only question is — seeing how this is season seven, when are they going to get to the '90s?

cperrynaples 32 months ago
Why show a picture of Woody when we know he won't be there?
Like Reply Delete

JasonYoung 32 months ago
“Schooled” is already in the ‘90s, “The Goldbergs” May not get there.
Like Reply Delete

cperrynaples JasonYoung 32 months ago
Yes everything on The Goldbergs is supposed to be 1980-something!!
Like Reply Delete

RobHughes 32 months ago
His name is George Robert Wendt, Where they got "John Wendt" from?
Like (1) Reply Delete

Tony RobHughes 32 months ago
Probably from from Ratzenberger's name that followed. They got it right later. Still, though.
Like Reply Delete

Tony Tony 32 months ago
Superfluous "from"
Like Reply Delete