We salute this unheralded character from 'M*A*S*H'! 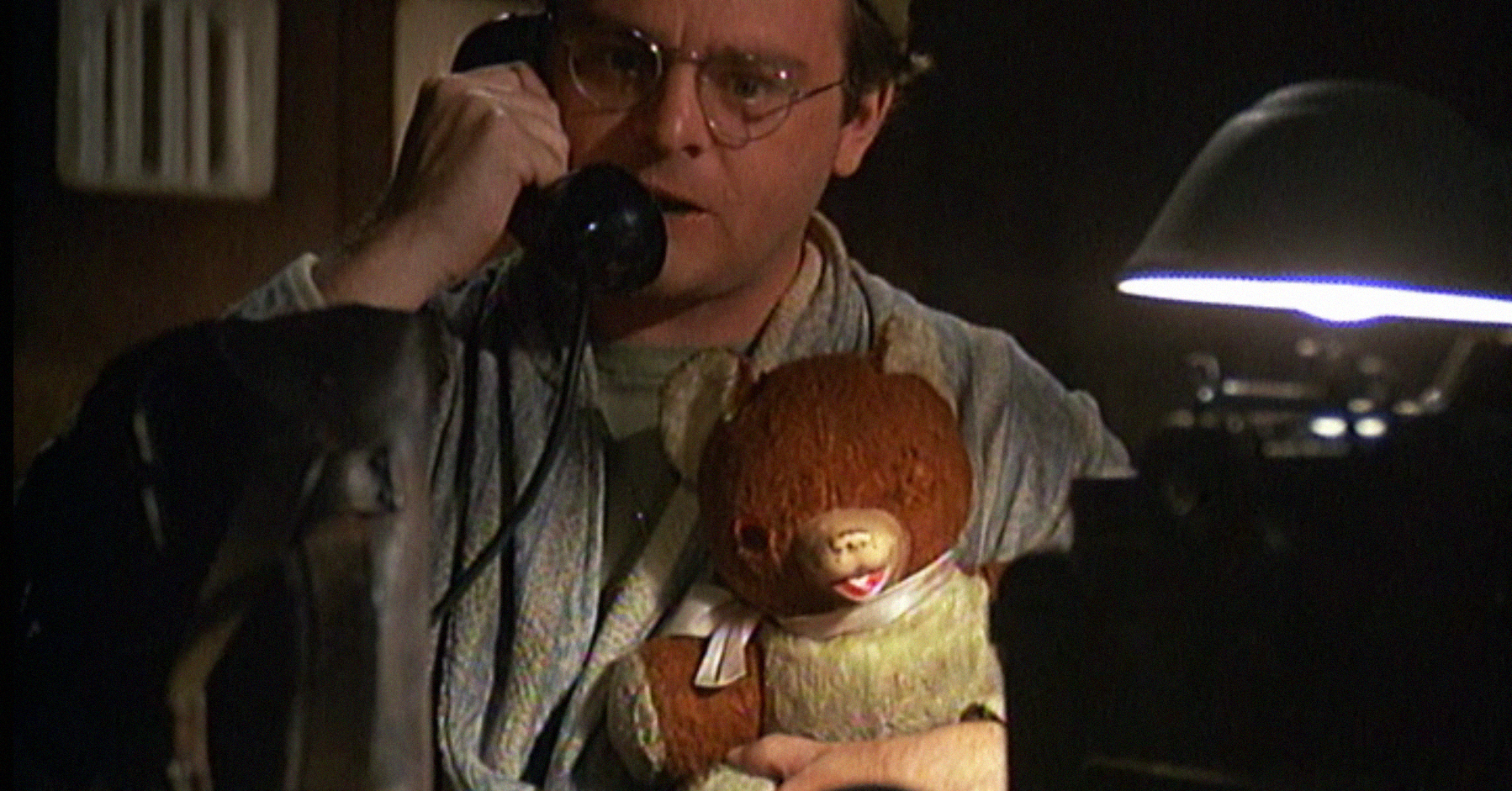 The brilliance of M*A*S*H lies in its characters. We could all identify with at least one member of the 4077th. Perhaps no character from the series was as beloved as Radar. His innocense was underlined by his trusty teddy bear. That raggedy, adorable bear remains one of television's greatest props.

Wait, calling it a mere prop is not doing this teddy bear justice. He was a supporting actor, a vital minor character on a timeless sitcom. We salute you, bear!

Let's take a look at a bunch of his appearances on the show in chronological order. What was your favorite bear scene? Can you think of any more?

"I Hate a Mystery" 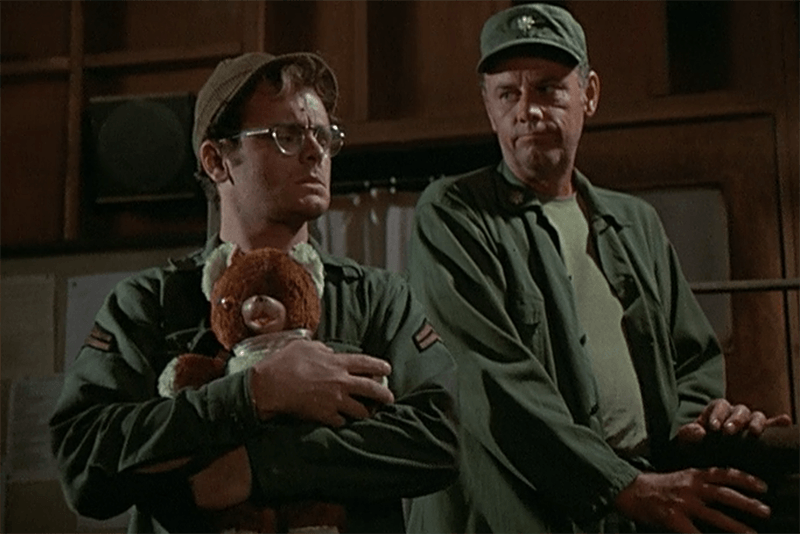 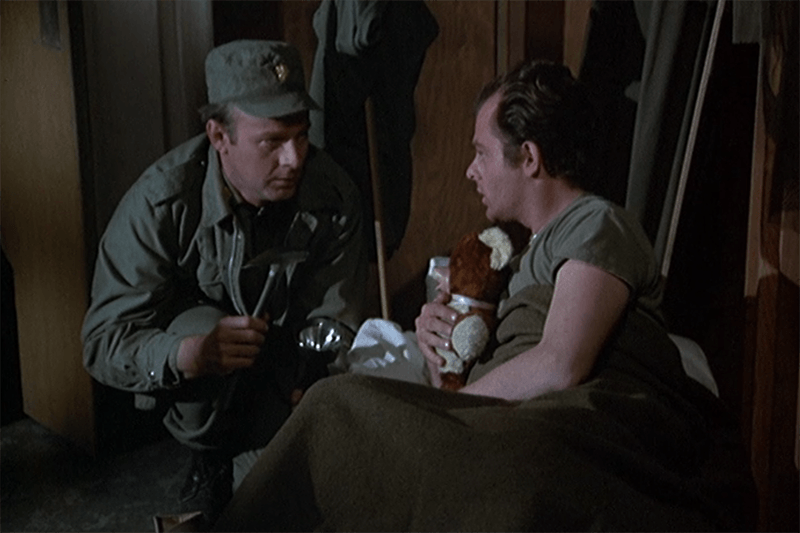 Frank tries to quietly borrow some tools from under Radar's cot, but you can't sneak around beneath a sleeping bear. 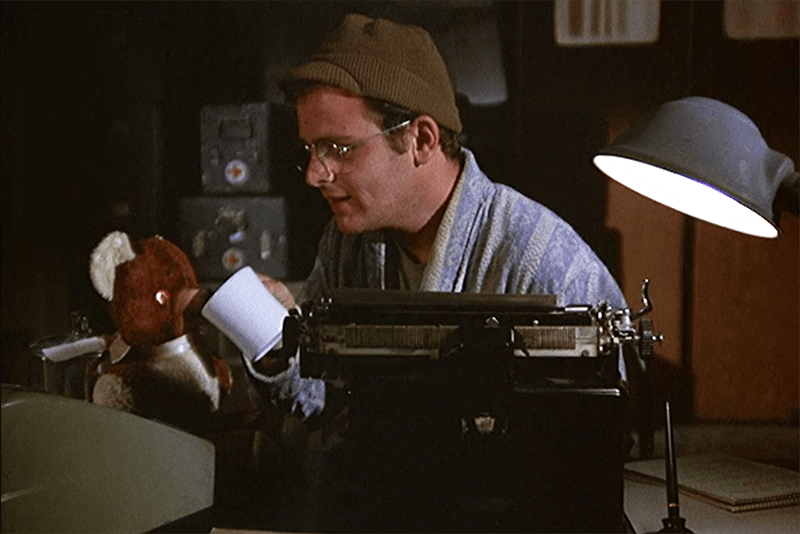 Bears need an energy boost, too. 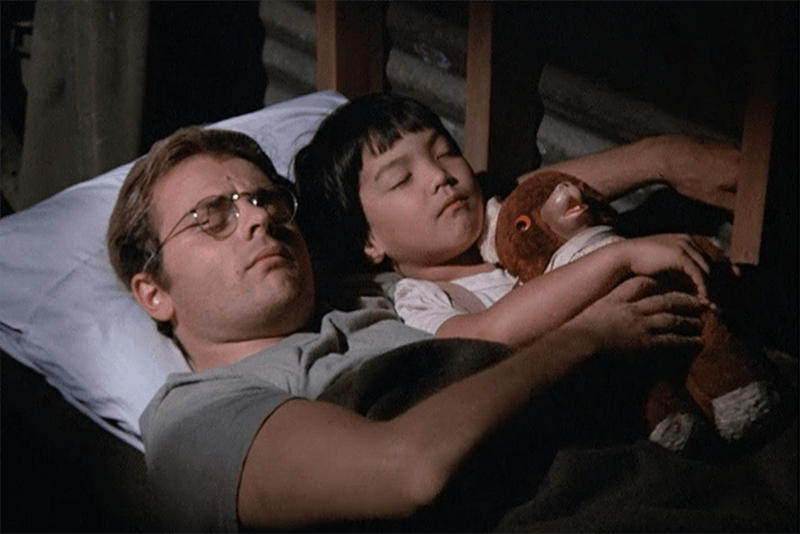 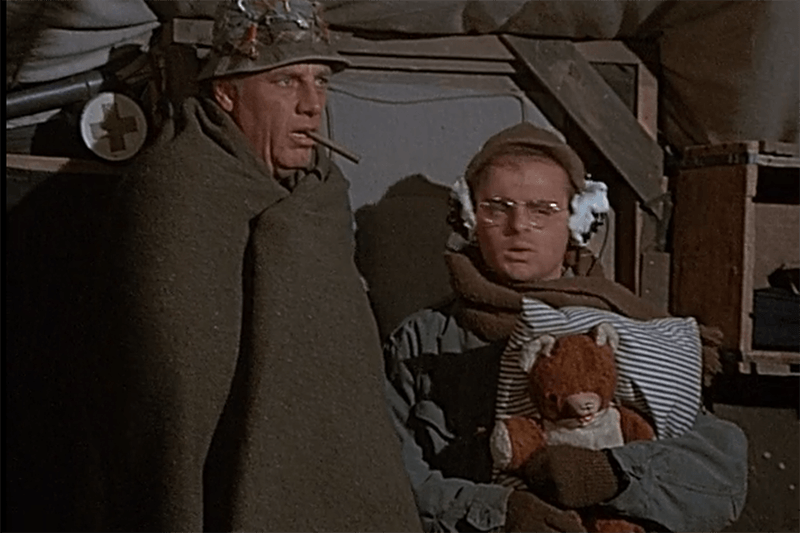 Notice that Radar appears warmer than Henry Blake. That would be the bear.

“A Smattering of Intelligence” 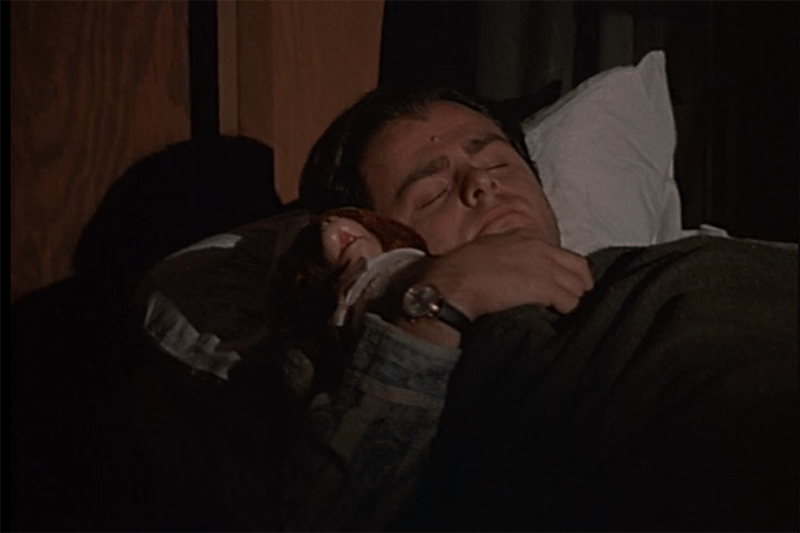 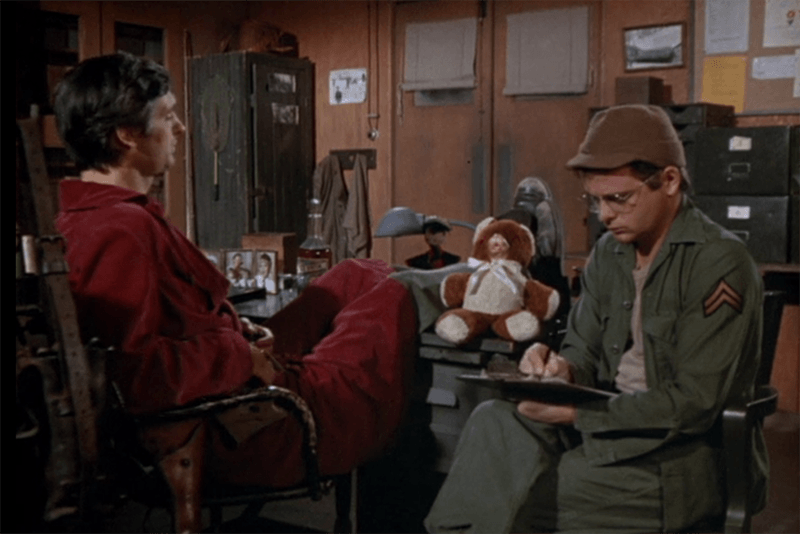 The origin story! Radar explains to Hawkeye that the bear belonged to his brother. 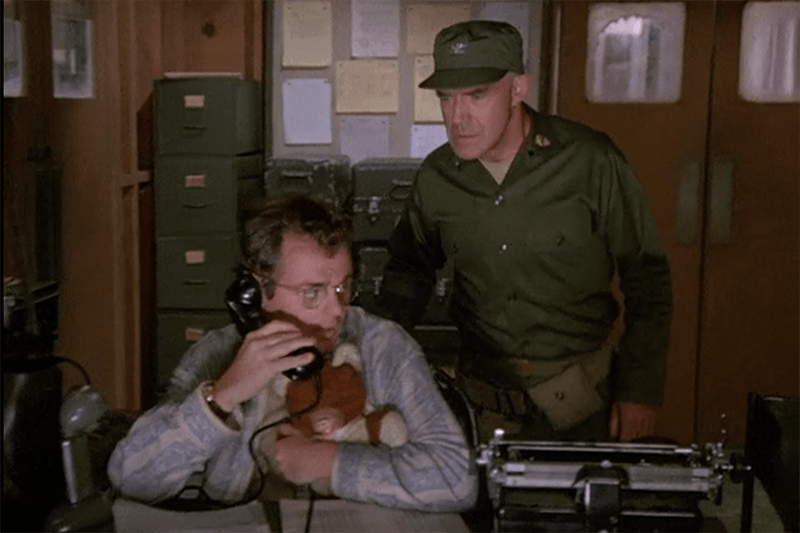 Kelly's aide asks, "That's not a teddy bear, is it?!" To which Radar replies, "Yes, sir, regulations are against having a real bear." 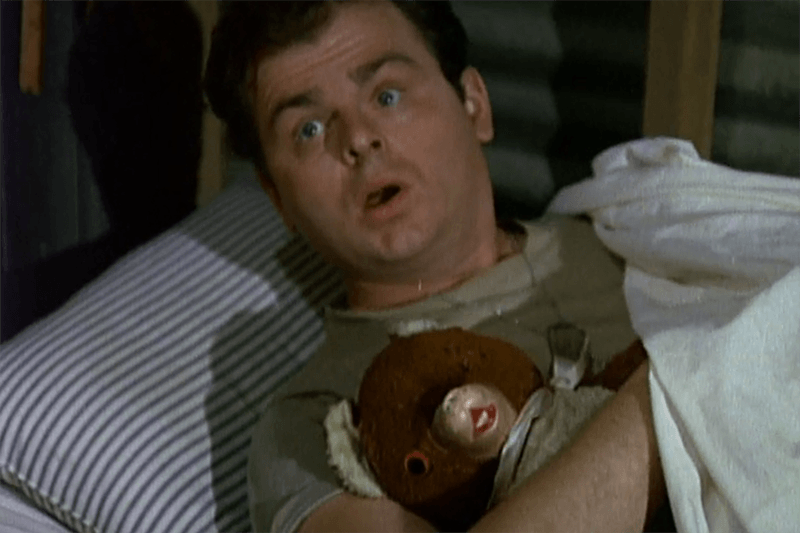 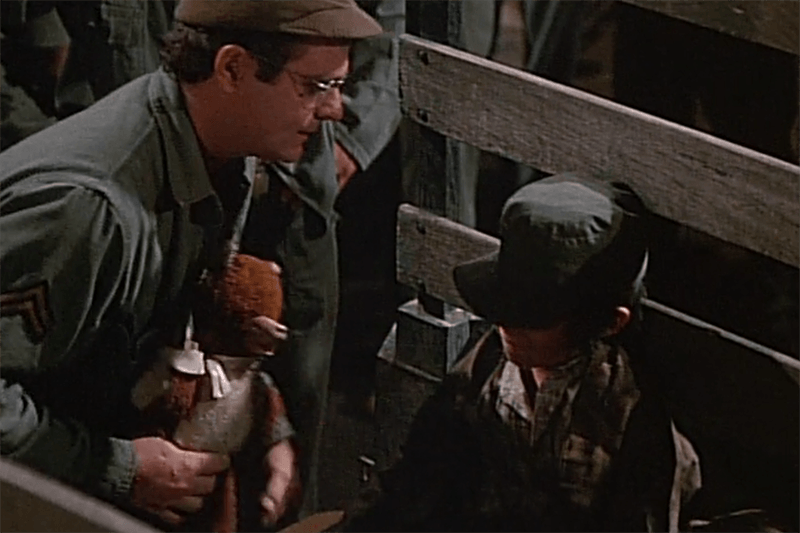 Nice try, kid, trying to steal the bear from Radar. As if. 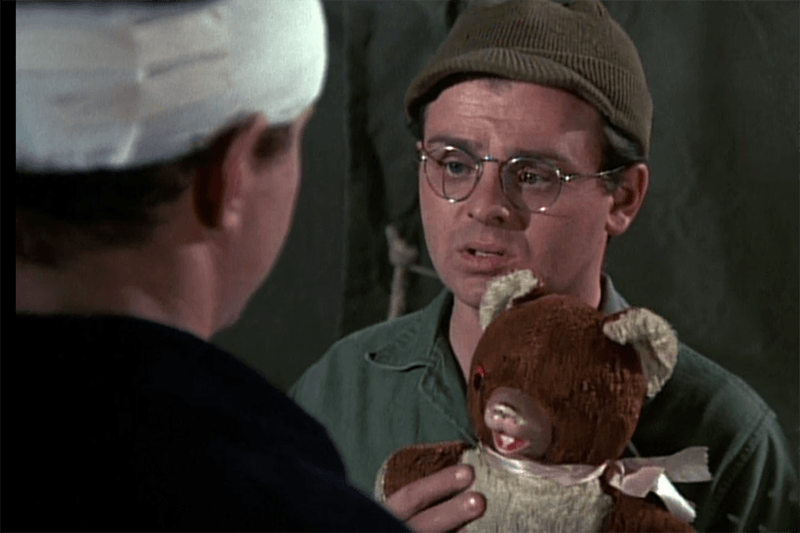 “I know he’s not real but we’re very close.” 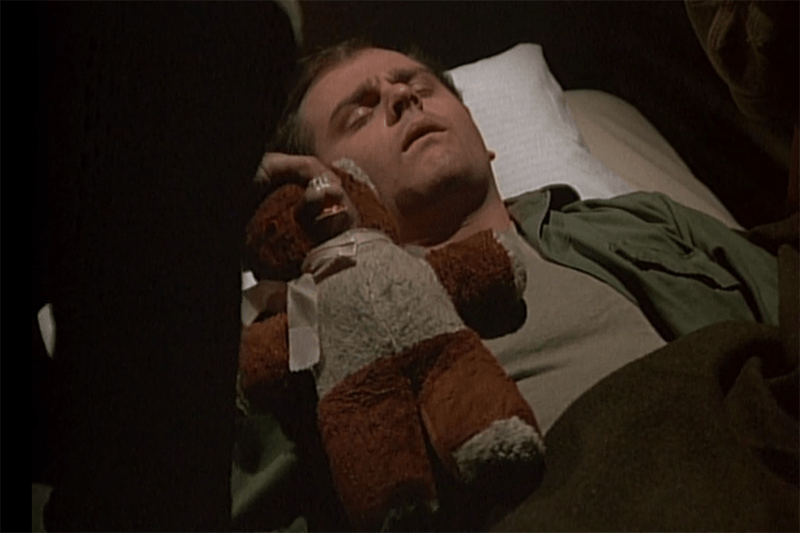 Potter gives a passed out Radar his bear. 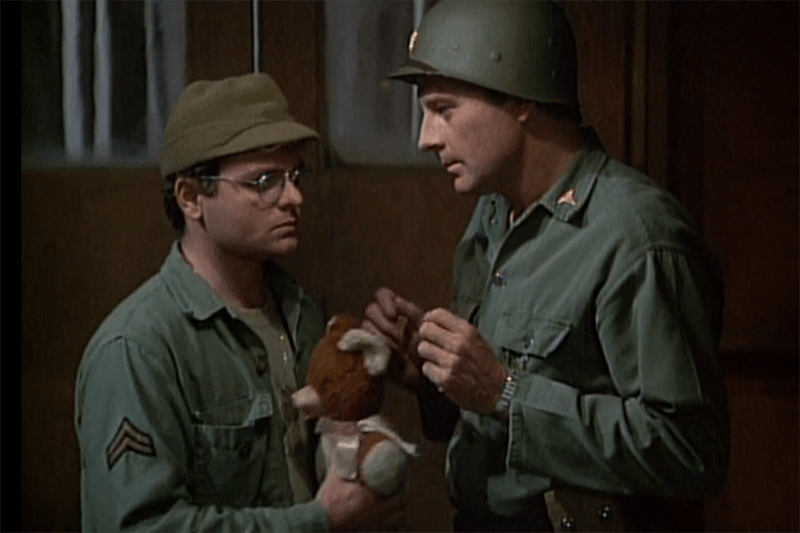 Frank, apparantly forgetting the second scene above, snorts, “Don’t tell me he sleeps with you.”

“Out of Sight, Out of Mind" 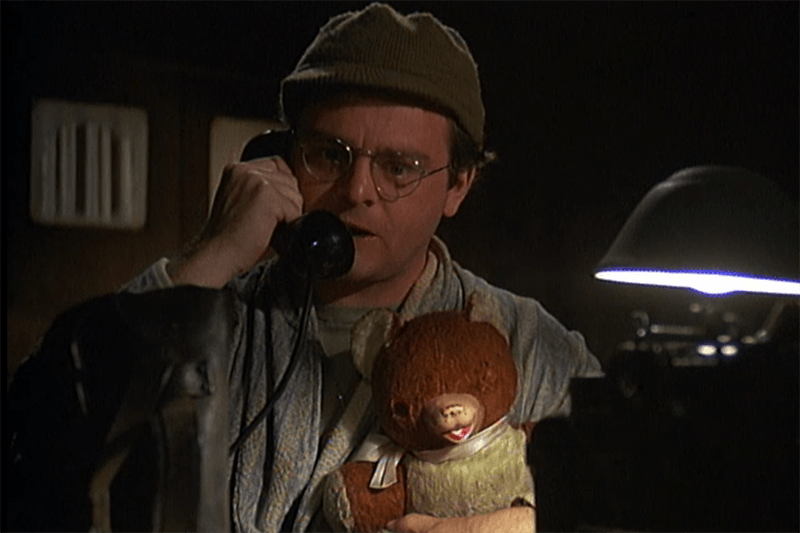 He can't come to the phone right now.

"The Abduction of Margaret Houlihan" 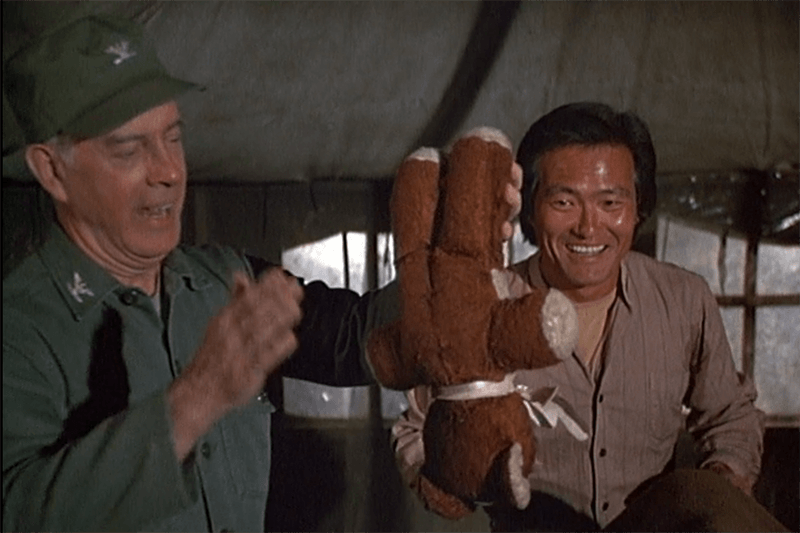 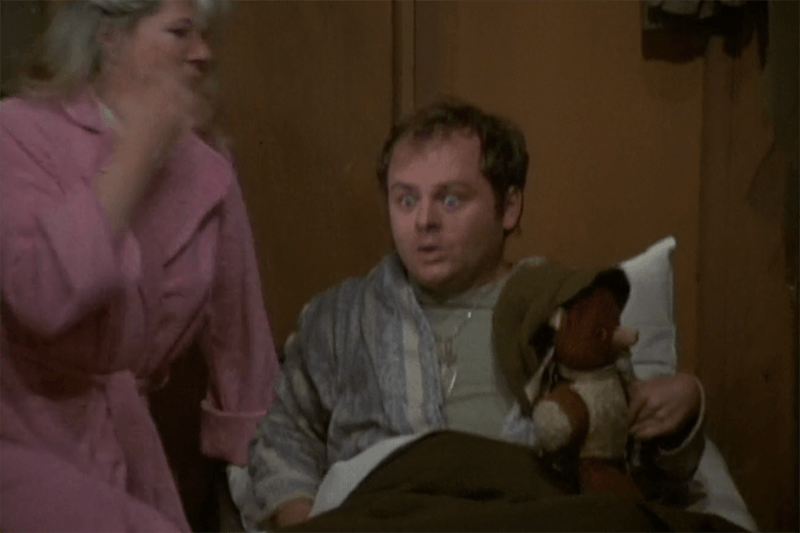 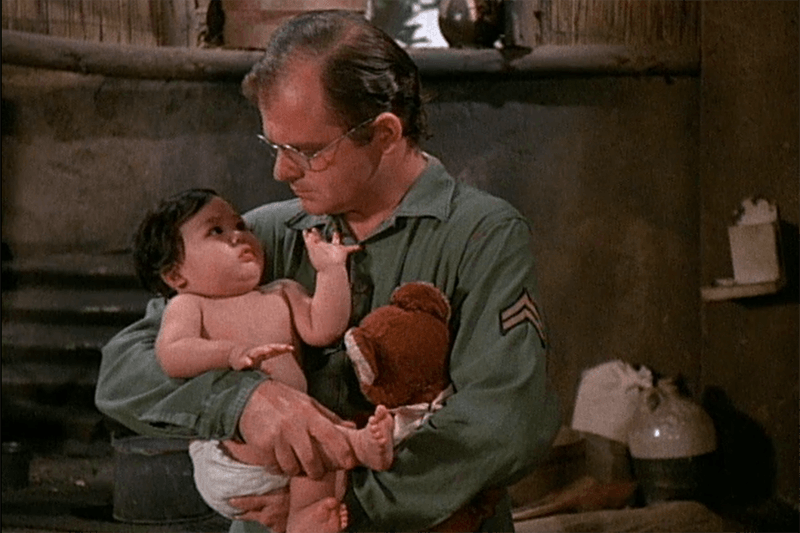 "The Merchant of Korea" 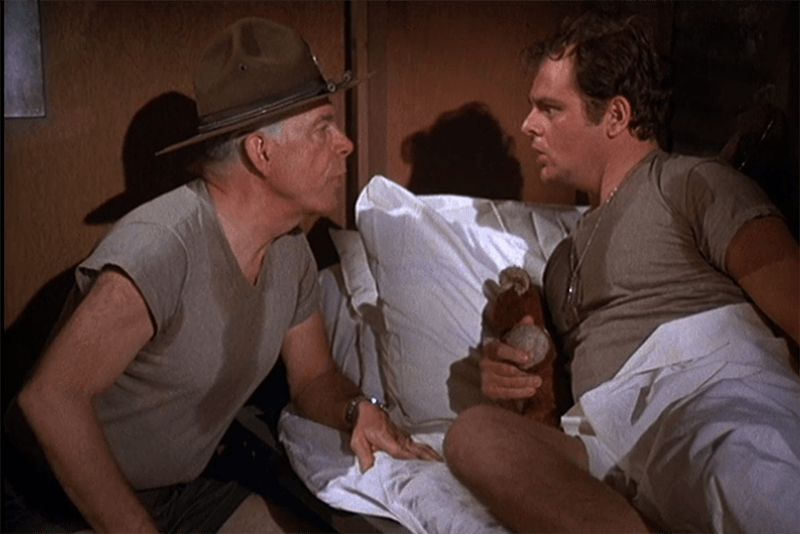 Potter was also nice to the bear. Well, aside from that spanking. 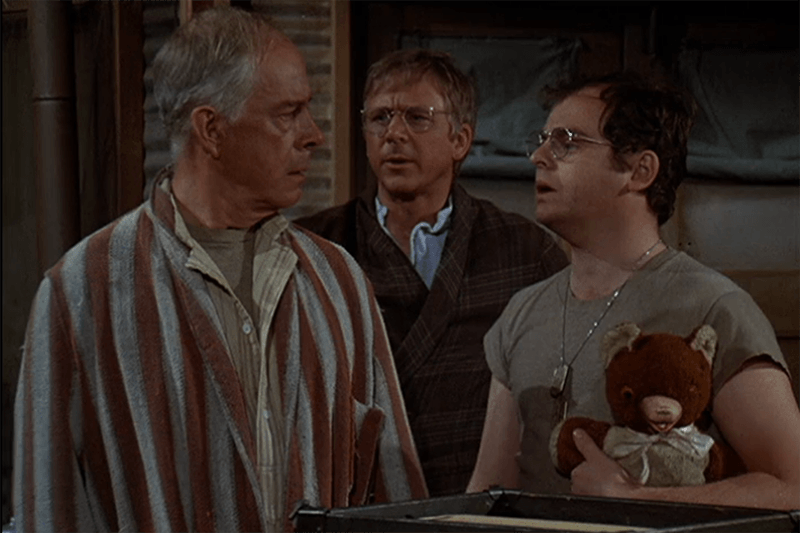 B.J. swings the bear around, but we couldn't, er, bear to show that. 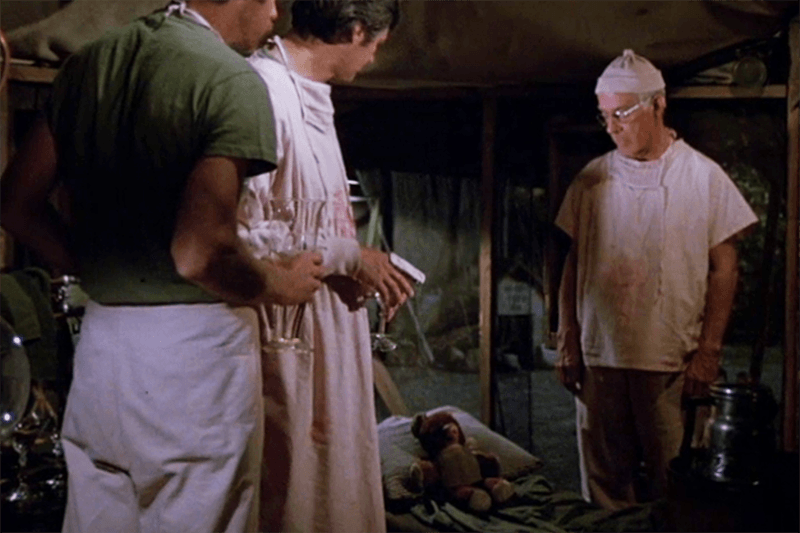 Radar leaves his trusty teddy bear behind for Hawkeye. This part always gets us.

“As Time Goes By” 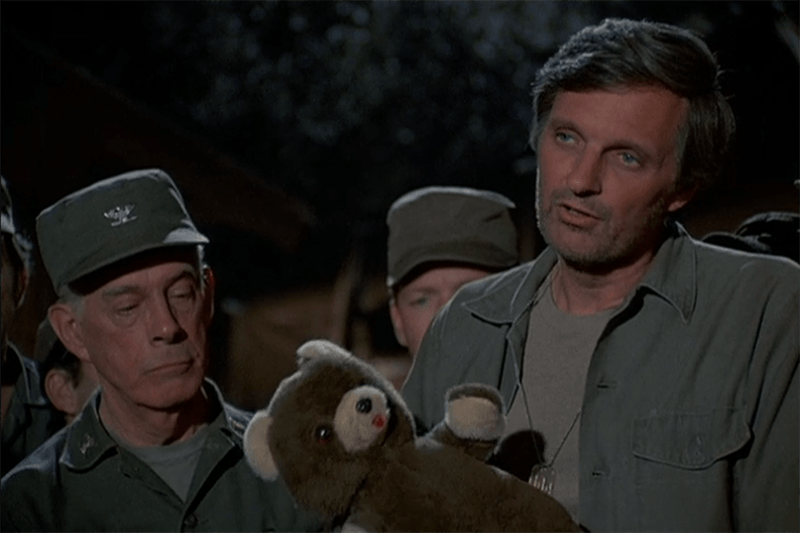 Radar is long gone, but the bear remains with Hawkeye, who puts it into a time capsu… HEY! THAT IS NOT THE SAME BEAR, ALDA! HIS TUMMY IS A DIFFERENT COLOR AND WHERE IS HIS PINK RIBBON?!

We like to think the real bear went back to Iowa. 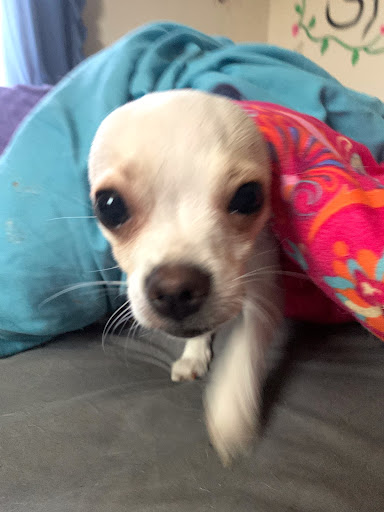 Dusty 35 months ago
I think the bear is my second favorite cast member, right behind Radar.
Like (3) Reply Delete