21 things that happen on every episode of 'Gilligan's Island'

Someone's going to get hit by a coconut. 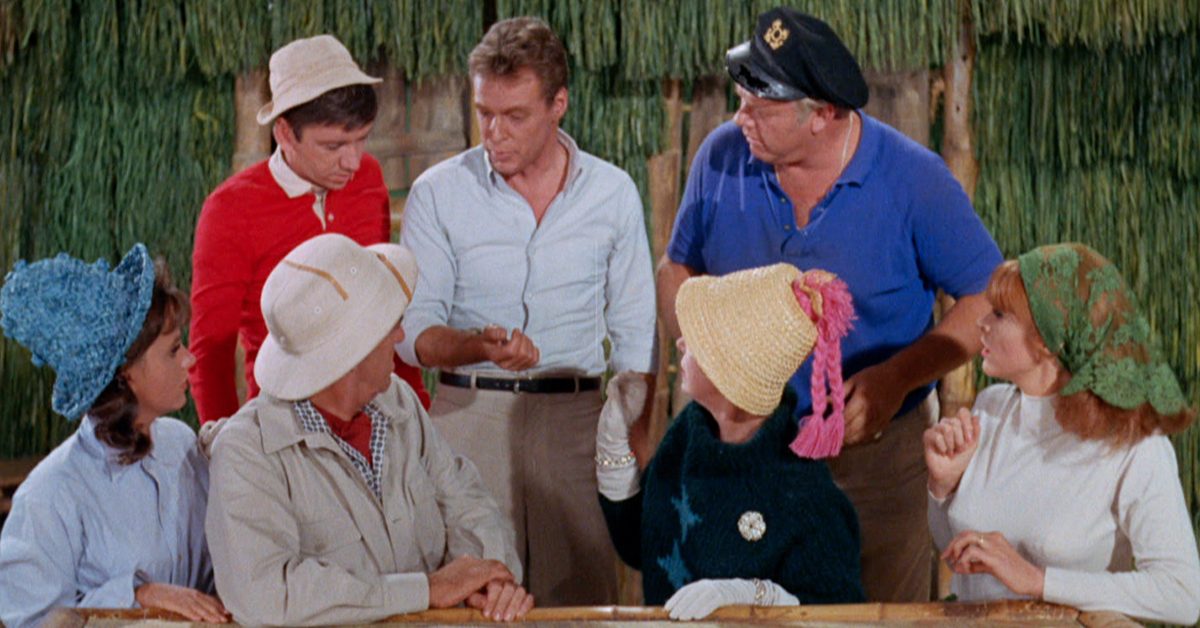 Gilligan's Island is like comfort food. It's delicious to watch, and we already know we're going to like it before it starts.

It doesn't matter if we can always predict the ending; the castaways have become like friends to us over the years. Just like our friends in real life, we always know what they're going to do next.

So, in case you've never seen an episode of the sitcom, or if you live on a different planet, here are 21 things that happen on every episode of Gilligan's Island.

1. Gilligan and the Skipper go fishing at the lagoon.

2. Gillian and the Skipper find something that threatens their existence.

3. If it's not that, a visitor comes to the island under suspicious circumstances instead.

4. Someone is riding the bamboo bike at the camp.

5. The Professor comes up with an impossible solution to fix the problem.

7. Ginger tries to seduce one of the men (usually the Professor) to get something she wants.

8. Thurston Howell drops subtle hints about how wealthy he really is.

9. Lovey reminds the castaways how she's such a socialite.

See Also: The casts of 'Gilligan's Island' and 'Batman' competed on an episode of 'Family Feud'

11. Mary Ann and Ginger are talking while sitting at a table

12. Gilligan and the Skipper help the Professor build the solution to the problem.

13. A coconut falls on Gilligan.

14. You see something and ask yourself, "Where did they get that?!"

16. The castaways start to believe they'll get off the island, as if they haven't been disappointed a million times already.

19. The solution resolves itself, usually without the help of the Professor's invention.

20. It there's a visitor, they leave the island without the castaways.

21. The castaways get off the island.

GordARebelato 7 months ago
You just figured it it was not Emmy Award winning writers on that show.
Like Reply Delete

RussWinkler 44 months ago
#7. I thought Ginger always tried to seduce Gillian for answers??