Television's Batman and Wonder Woman team up for a new project. 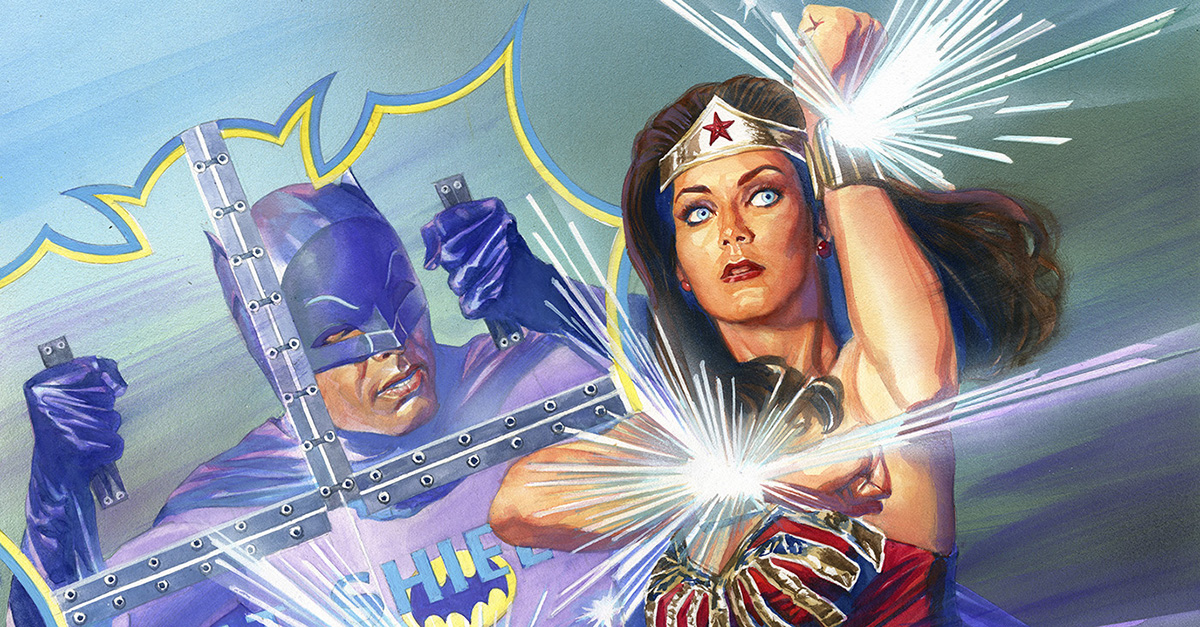 Crossover specials are nothing new on television. Laverne and Shirley stopped by Happy Days a few times, and characters from Petticoat Junction and Green Acres constantly appeared on each other's shows.

Superheroes have also crossed over on television, albeit not very successfully. In the 1970s, a bunch of them got together for a bizarre one-off variety speical called Legends of Superheroes. Today, you can find the likes of Flash and Arrow teaming up on the CW.

In our wildest dreams, there would have been a crossover between Adam West's Batman and Lynda Carter's Wonder Woman during the latter series' first run in the late '70s. Alas, the only way we got to play out that fantasy was through our Mego action figures.

See Also: 14 reasons Mego was the best at making action figures in the 1970s 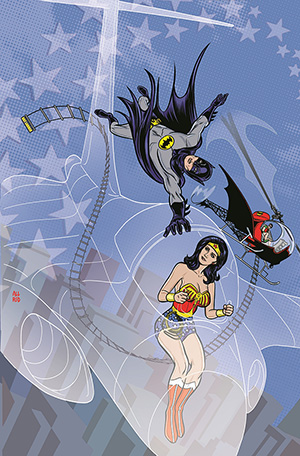 Finally, our dreams have come true. Well, sort of. At this weekend's New York Comic-Con, DC Comics announced it will publish Batman '66 Meets Wonder Woman '77, which will take elements from each classic TV series and combine them into one amazing project.

The two superheroes will meet in the past to fend of supervillains like Ra's Al Ghul and Catwoman.

Unlike television, the budget won't get in the way of what these superheroes can and can't do.

"Because of the comic book, we have an unlimited budget for special effects," joked writer Jeff Parker. "We can draw things that we'd never be able to do on the TV series."

According to Variety, the 12-chapter series will debut digitally November 23, with new chapters coming out each week. The print series will come out sometime in January 2017.

Despite an unconventional platform, the creators of the series strived to remain loyal to the original TV series.

"You have to be able to look at it and hear Adam West's voice coming out of Batman, and it does," said Parker. "When I read back over the proofs, I hear Lynda Carter's voice. It works."