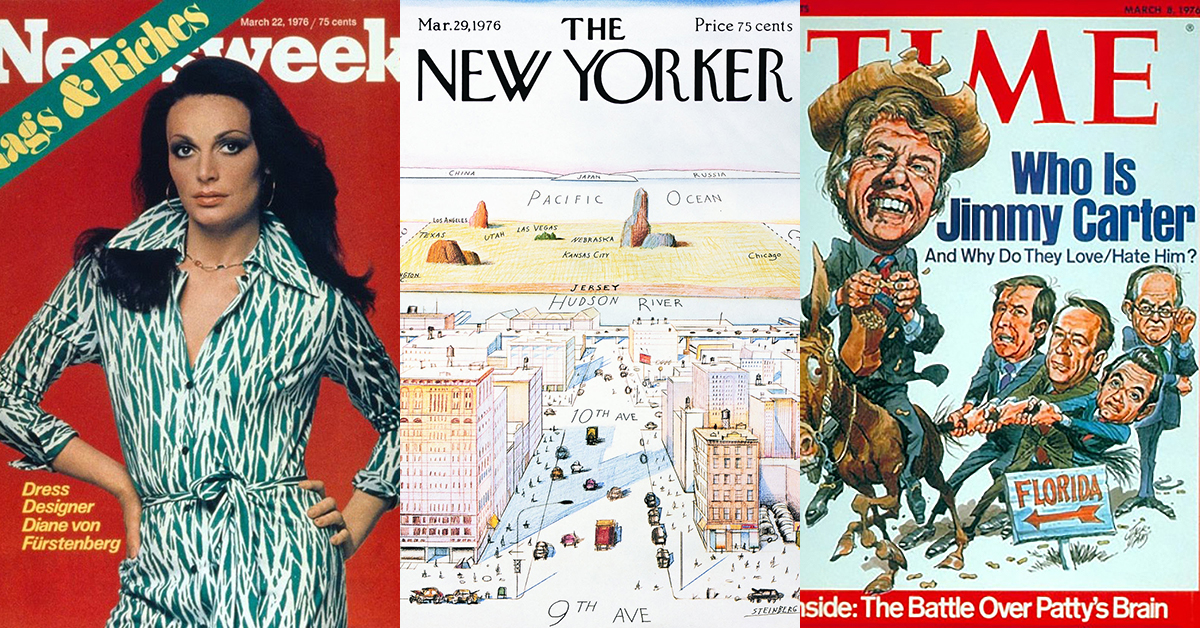 Let's take a step back in time and revisit what the newsstand was like in March of 1976. In some regards, a lot of things are the same this year: There's a presidential primary, teens are obsessing over the latest teen idol, and the biggest stars grace the cover of the tabloids.

Even though some things are the same, a lot of things have certainly changed. Here's what the world looked like 40 years ago, as told by the covers of the nation's most popular magazines. Do you remember any of these? 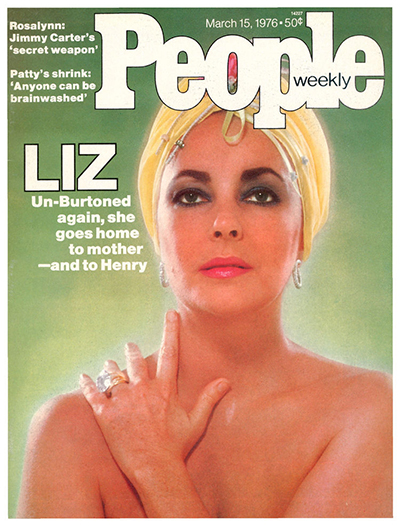 After Richard Burton left Elizabeth Taylor (for the second time), People put her on the cover with this vulnerable photo. 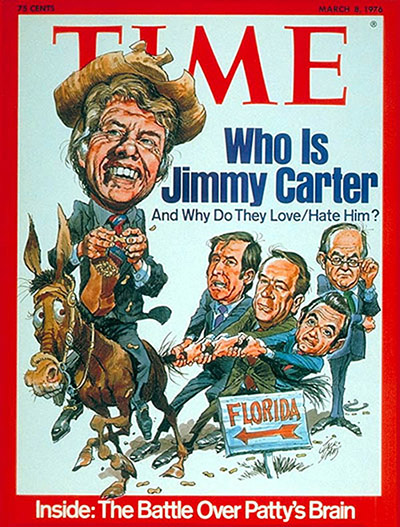 Just like this year, the presidential primaries were in full swing in March of 1976. TIME put future president Jimmy Carter on the cover, who by then was leading the delegate count for the Democrats. 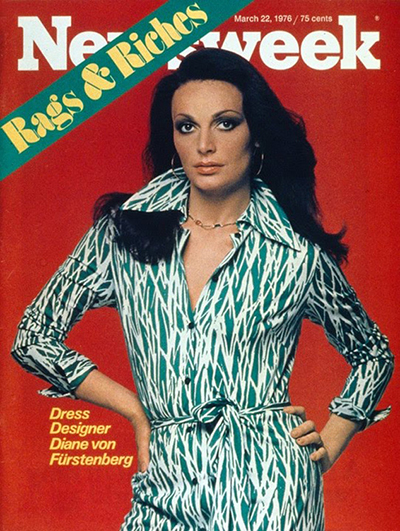 Diana von Furstenberg was running nothing short of a clothing empire in the 1970s, with women around the world falling in love with her clothes. Just two days after the infamous wrap dress launched, Newsweek featured her on the cover. 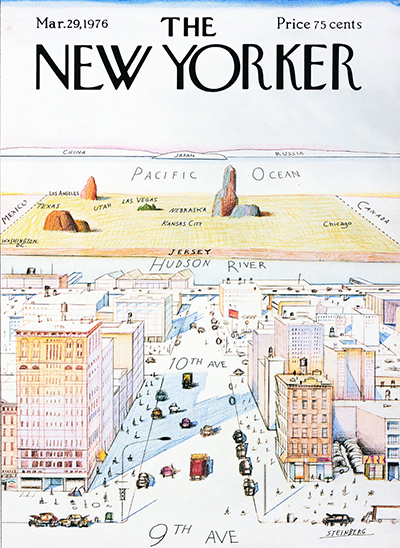 In late March, the New Yorker ran one of the most famous magazine covers of all time. The illustration, "View of the World from 9th Avenue" humorously depicted how New Yorkers saw the rest of the country. 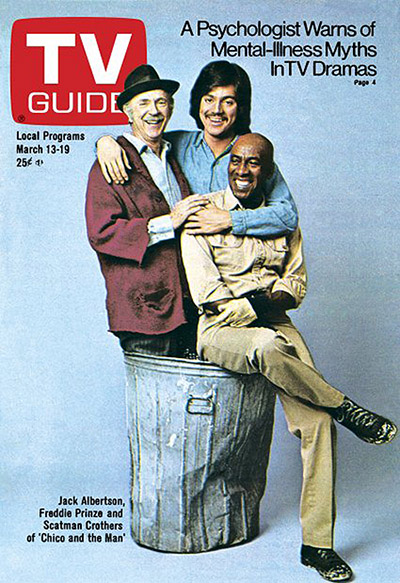 TV Guide put the stars of Chico and the Man on the cover. The issue also tackled the dangers of depicting mental illness on television. 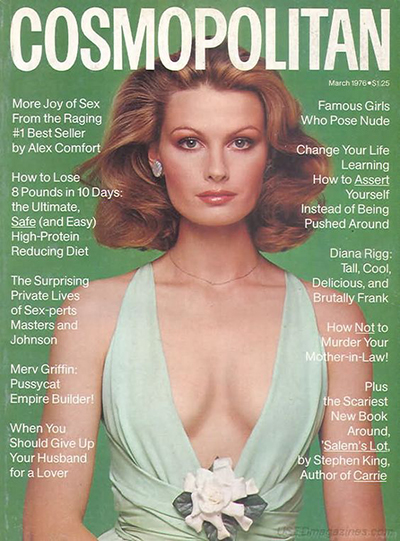 The magazine reinvented itself in the 1970s, and women flocked to it as an alternative to Ladies Home Journal and Good Housekeeping. On the cover in March 1976: actress Denise Hopkins. 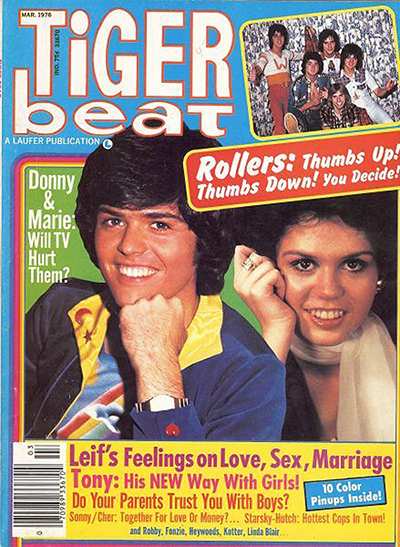 You couldn't escape the Osmonds if you grew up (or lived) in the 1970s. The siblings, Donny and Marie, donned the cover in March, and the magazine pondered if starring on TV will hurt them. It most certainly did not. 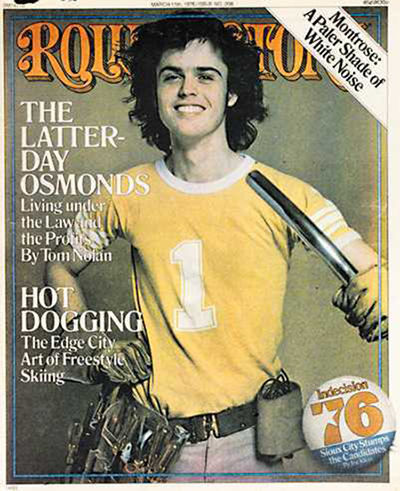 Donny Osmond was everywhere in March 1976, including the cover of Rolling Stone. Famed photographer Annie Leibovitz captured the Osmond brother with a tool belt. 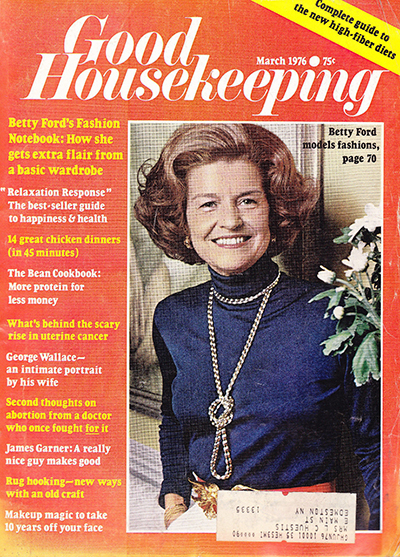 Despite a busy year with the bicentennial and election, Betty Ford took time to grace the cover of Good Housekeeping. In the issue, she talks about how she gives her wardrobe some extra flair. 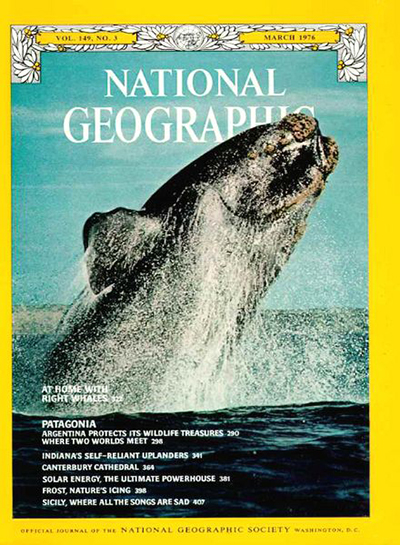 It wasn't all about pop culture in the 1970s. National Geographic did stories about whales, Patagonia and the Canterbury Cathedral in its March issue. 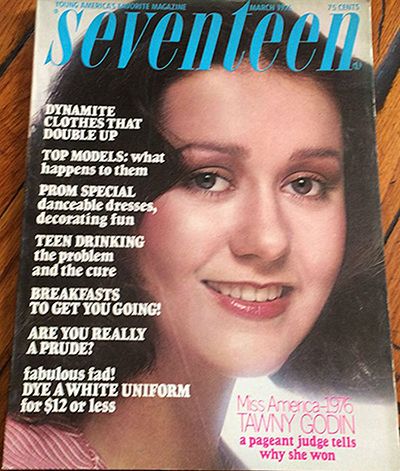 For those teens who felt slightly more sophisticated than Tiger Beat, Seventeen magazine gave them a great alternative with Miss America Tawny Godin.