Nothing made you feel more patriotic before sleep than blasting rockets and the national anthem. 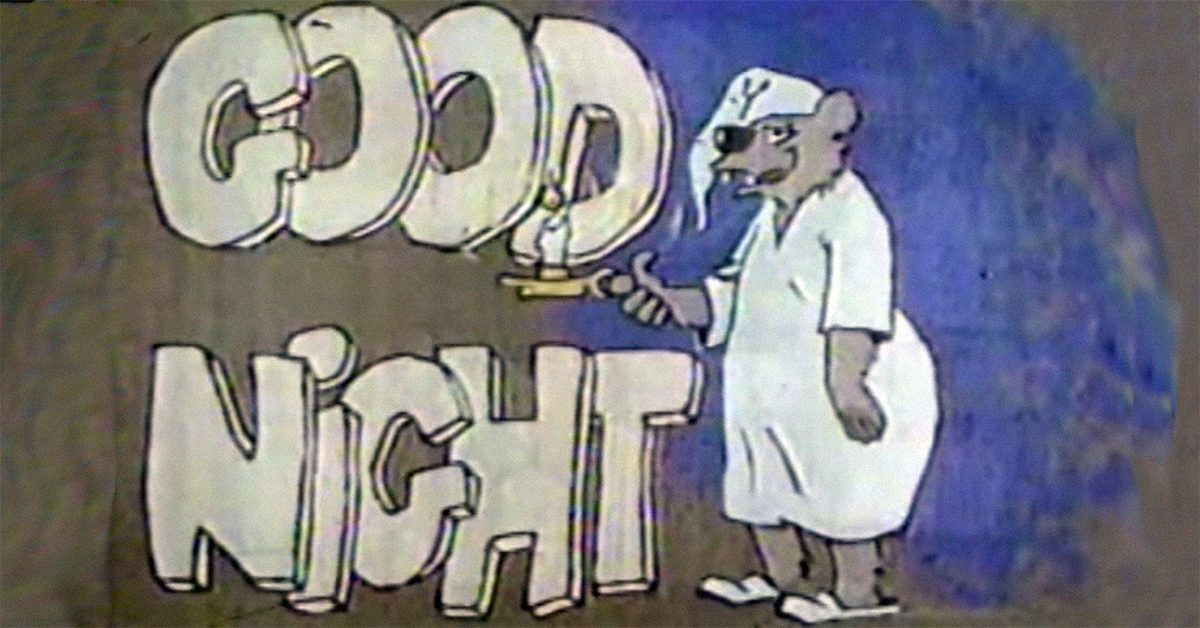 Television stations used to go to sleep at night like the rest of us. After the late night talk shows, some public service announcements and perhaps a little prayer, "The Star-Spangled Banner" would play over a montage of fluttering flags. And then it was nothing but static.

Even if you are too young to remember the era of TV sign-offs, you have perhaps at least seen Poltergeist.

While the national anthem and patriotic images were the prefered manner of saying goodnight, not every station followed the format. There were also military hymns, funky versions of "America the Beautiful," touristy city pictures, history lessons, explosions and behind-the-scenes peeks inside the studios.

Here are a handful of some favorite TV station sign-offs. While the specific local station is listed from the YouTube clip, many of these clips were used around the country. Perhaps you recognize some of them. How did your station sign off at night?

Of course Philadelphia, "cradle of liberty, first capital of the United States," would lean on American history. An orchestra blasts "America the Beautiful" as a camera swoops around the City of Brotherly Love.

Wild animals roam the forest as a choir sings to the heavens in this appropriately Pacific Northwestern clip.

Both tranquil and awesome, this Air Force closing features a choir singing the Air Force Hymn over shots of fighter jets.

This Bay Area affiliate showcases its employees in a wonderfully dated montage. Then, Jeanette MacDonald sings "San Francisco" over some beautiful aerial shots of the city.

Here is another dose of local pride, from the Motor City. We particularly dig the synthesizer version of the national anthem.

How were Alabamians supposed to go to sleep after this Huntsville station boogied off the airwaves with some groovy disco music? We want to hop out of bed and hit the dancefloor.

See Also: 11 classic TV commercials we can't get out of our heads

A young David Letterman narrates as a model of the station explodes in this infamous clip. Sleep tight, Hoosiers!

This vintage snapshot of our hometown makes us feel all tingly.

A somber piano version of "The Star-Spangled Banner" slowly plays as a helicopter soars above our majestic landscape. This clip was used around the country. In fact, you can catch a glimpse of it in the Huntsville video above.

Here is another commonly used close, which features the history of the American flag and some nice illustrations of American history. "The Star-Spangled Banner" comes courtesy of conductor Bob Sharples.

Peter 14 months ago
WNYW-TV in New York (Then known as WNEW) used the Star Spangled Banner in between a jaunty contemporary music track when they signed on the air. I think it was also followed by a religious interstitial before regular programming began.
Like Reply Delete