Where To Watch Shop Store Contact
Home / Stories / What ever happened to these Saturday morning TV stars of the 1970s?
nostalgia

What ever happened to these Saturday morning TV stars of the 1970s?

Tracking down the kids of Space Academy and more. 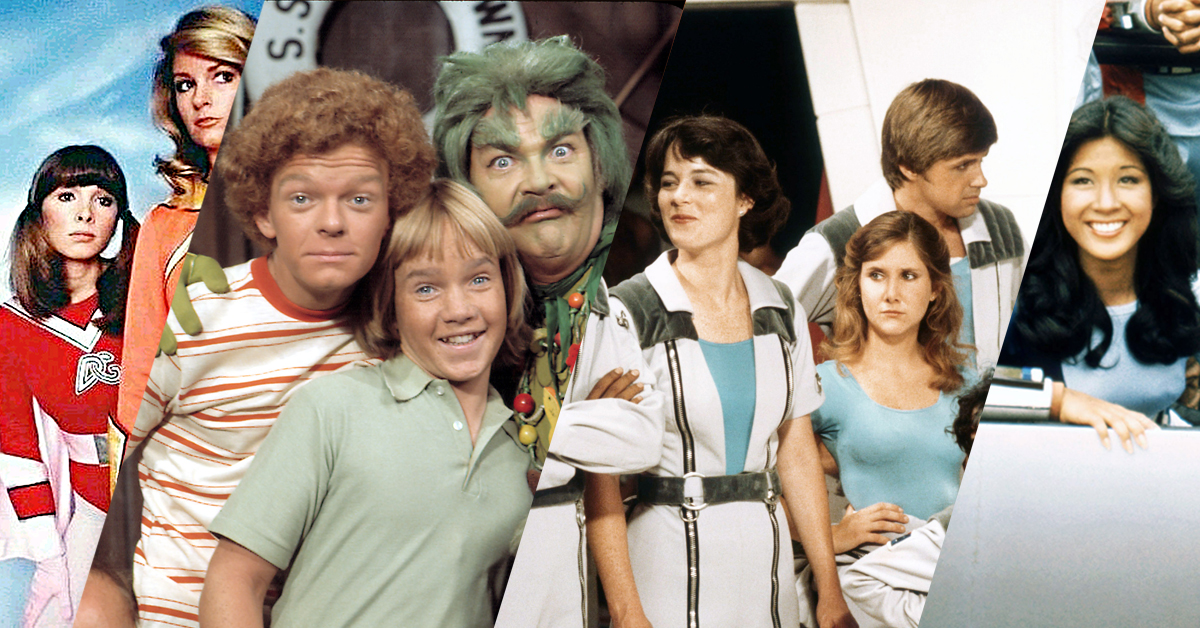 The 1970s were the golden age for children's television. As if cartoons like Super Friends and Scooby-Doo were not colorful enough, Saturday mornings also delivered delightfully strange adventures in live-action. Many of the kooky titles came courtesy of Sid and Marty Krofft, whose fervid imagination gave us Lidsville, The Bugaloos, Land of the Lost, Sigmund and the Sea Monsters and so much more. 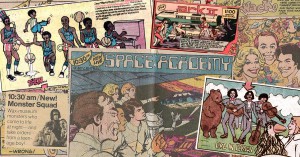 Elsewhere, science-fiction was the order of the day, thanks to the popularity of Star Trek and Star Wars. Shows like Space Academy, Jason of Star Command and Ark II envisioned the far future. Goofballs athletes (The Harlem Globetrotters) and musicians (The Hudson Brothers) hosted series, too. We could go on.

Thinking back on those weekend treats, we often wonder… whatever happened to those actors? Well, let's dig into the later careers of 10 young Seventies stars.

Many shows of the era brought back a familiar face from the 1960s. Lidsville had Butch Patrick of The Munsters; Space Patrol cast Jonathan Harris. The former Dr. Smith led the academy, as the show centered around the exploits of the Blue Team. Cooper played Adrian Pryce-Jones, the love interest of the Blue Team leader, Chris. Two decades later, Cooper worked as a correspondent for CBS News in New York City. Here, you can see her reporting on the Grammys in 1997. 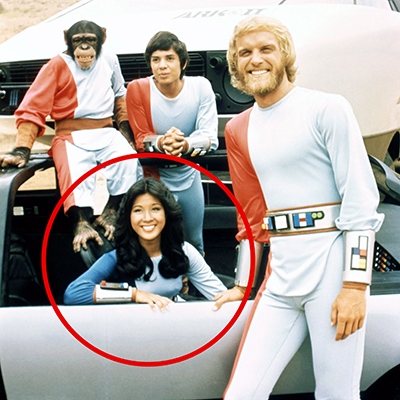 As Ruth, Ho played one of the three young scientists driving around an apocalyptic 25th-century Earth on Ark II. After Ark II, Ho continued to pop up on television in the late 1970s. She briefly appeared on Hawaii Five-O as the daughter of Chin Ho, and landed a regular gig alongside Patrick Duffy in the Aquaman knock-off Man from Atlantis. These days, she is a pharmacist in Southern California.

Then billed as Susan O'Hanlon, Pratt portrayed Captain Nicole Davidoff on Jason of Star Command, the series perhaps best known for featuring James Doohan of Star Trek fame. As the 1980s dawned, she transitioned to soap operas. After an initial stint on Guiding Light, Pratt settled in on All My Children. She played Barbara Montgomery sporadically from 1987–2007. 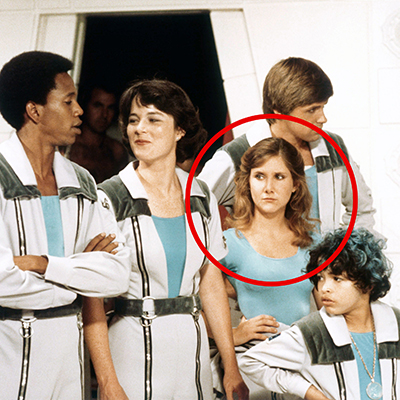 Millions are far more familiar with Ferdin's voice. She was the spunky actor behind Lucy Van Pelt in Peanuts cartoons, beginning in 1969. She had an impressive career onscreen, too. She made for memorable young characters on Mannix, Family Affair, The Brady Bunch, The Odd Couple and Lassie. A few decades later, she was making headlines as a passionate animal rights activist. She remains quite active today on Facebook, sharing photos from her life as a child star.

Land of the Lost

Coleman will forever be most associated with the role of Holly Marshall, the spirited young women dealing with Sleestaks in the Lost City on Land of the Lost. As she shared on a Geekish Cast podcast last year, she later married into the Bell family — as in the clan behind the founding of Bel-Air, California. She moved to the middle of Nevada to live and work on a large commercial farm. ("12,000 hogs per year," she notes.) Last year, she published her memoir, Run, Holly, Run! 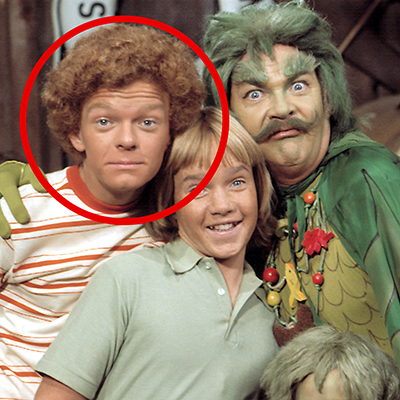 Sigmund and the Sea Monsters

Whitaker was already a seasoned actor on his second act when he turned up as Johnny on Sigmund and the Sea Monsters. He first made his name on the sitcom Family Affair. He later did missionary work for the Mormon church in Portugal. One year ago, he reunited with his former Family Affair co-star Kathy Garver for Oprah's OWN network. Watch the heartful meeting on YouTube. Today, he also has a non-profit organization dubbed Paso for Paso, which helps non-English speakers deal with addiction.

According to a Space Academy fan site, Greene, the impish orphan Loki on the show, went on to earn a law degree from Stanford and become a civil rights advocate. These days, he also pens pop-academic books drawing parallels between American society and Planet of the Apes. Watch him expound on his book Planet of the Apes as American Myth: Race And Politics in the Films And Television Series. 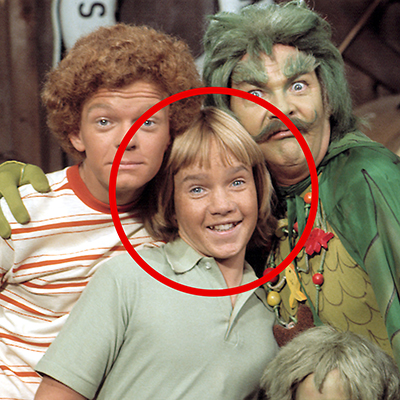 Sigmund and the Sea Monsters

Just as Johnny played Johnny, Scott played Scott on Sigmund. In adulthood, he transitioned to behind-the-scenes work in Hollywood. He has a lengthy resume as a sound editor, not to mention an Emmy nomination. He has edited sound on everything from The Suite Life of Zack and Cody to 24. 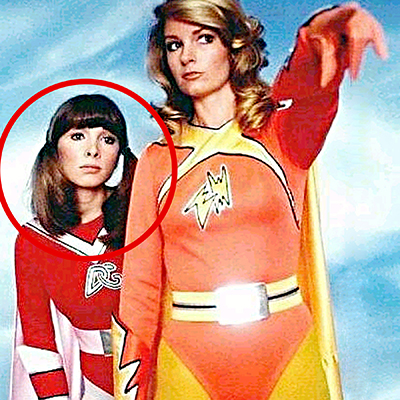 After playing the red-spandexed superhero on this Sid and Marty Krofft show, Strangis shifted into voice-over work. She is one of the rare actors that worked on both the original 1966 Batman television series and Batman: The Animated Series, three decades later. A few years back, she posted photos on Facebook of her reunion with former co-star Deidre Hall and the Krofft brothers. 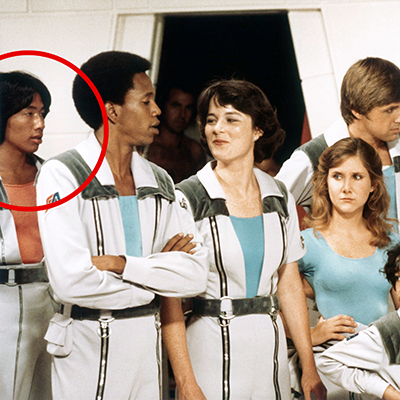 Cowabunga! Tochi went on to voice Leonardo in the live-action Teenage Mutant Ninja Turtles movies of the 1990s, alongside fellow former child stars Corey Feldman (Donatello) and Robbie Rist (Michaelangelo). He had loads of cartoon credits to his name, too, including Mortal Kombat, Static Shock, The Iron Giant and Avatar: The Last Airbender. 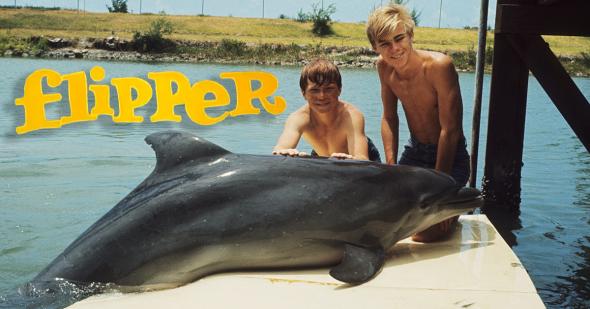 nostalgia
9 minor blunders from early episodes of Perry Mason
Are you sure you want to delete this comment?
Close

rycki1138 16 months ago
Brian Tochi was also in Revenge of the Nerds and the Police Academy movies.
Like Reply Delete 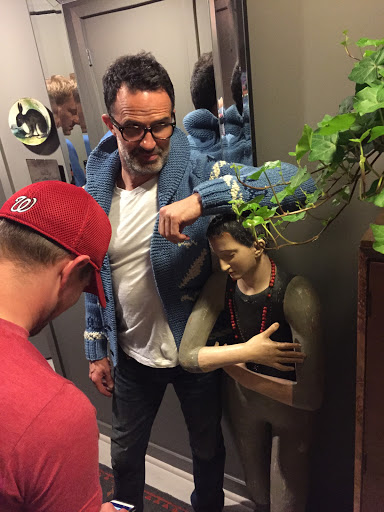 Jay 32 months ago
Loved all of these shows. Great Saturday morning programs. They certainly were worth a damn. Maggie Cooper died in 2016.
Like Reply Delete

EricFuller 42 months ago
Regarding Judy Strangis she was on "Room 222", and also was "Mean" Betty Jean in a series of commercials for Plymouth. Appeared at auto shows as her.
Like (1) Reply Delete

ll675i EricFuller 16 months ago
she got out of acting and did the behind the scene stuff because of a stalker.
Like Reply Delete

KevinButler 42 months ago
After leaving show biz..Ms.Ferdin trained for a career as a nurse..but..she left nursing to became an animal rights advocate.Mr.Tochi appeared on a episode of"The New Adventures Of Wonder Woman"on CBS TV and he also hosted a kids tv news magazine"Razzamataz"on CBS TV.
Like Reply Delete
WILD KevinButler 16 months ago
Both Brian Tochi and Pamelyn Ferdin were on the classic Star Trek episode And the Children Shall Lead. Brian played Ray and Pamelyn played Mary.
Craig Hundley, who played Tommy, would go on to become a composer and inventor under the name Craig Huxley. His Blaster Beam, an 18-foot long aluminum bar strung with piano wire and played using artillery shells, would appear on Jerry Goldsmith's soundtrack for the first Star Trek film, as well as James Horner's Star Trek II and Star Trek III soundtracks. Huxley also composed the piece "Genesis Project" for the "Project Genesis" briefing video in Star Trek II.

Ferdin (who played Mary) and Tochi (who played Ray) would later reunite on Space Academy, a short-lived series that aired from 1977 to 1979 on CBS.
Like Reply Delete