Whatever happened to the stars of the delightful dolphin adventure? 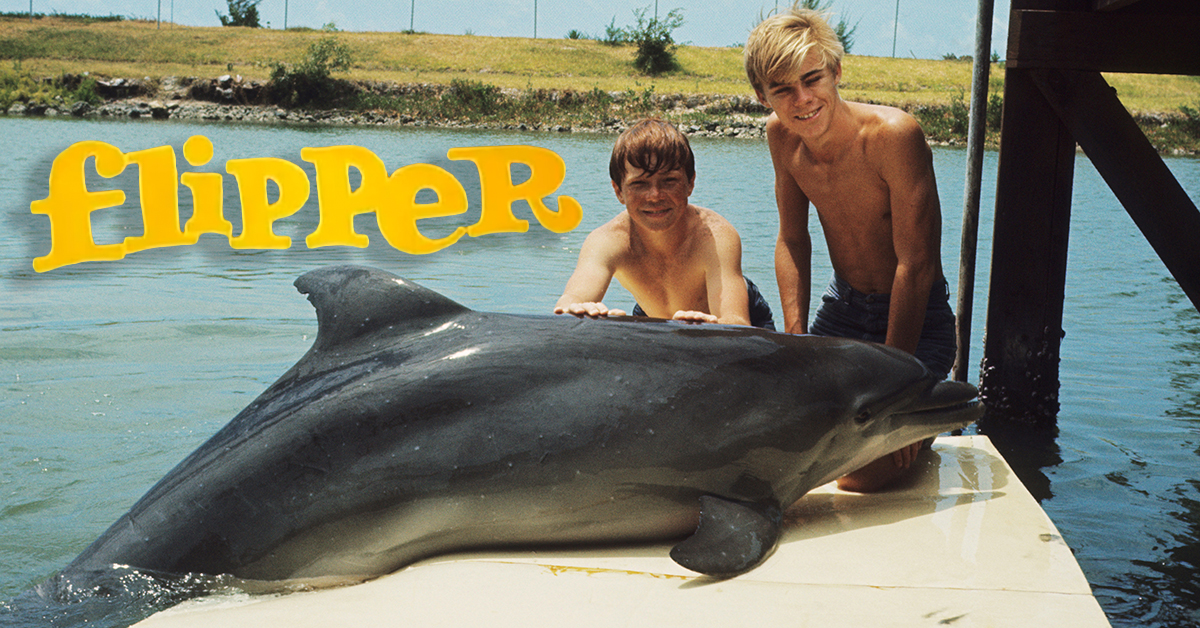 Dolphins are some of the most intelligent creatures on the planet. Unfortunately, they are not quite evolved enough (yet) to write and create their own television programs, so we have to do it for them. Enter Ivan Tors, the pioneering producer of animal-based entertainment.

The Hungarian-born filmmaker had two obsessions over his long career — working underwater and working with animals. In the golden age of television, Tors produced wet and wild family adventure series, including Sea Hunt, The Aquanauts, Daktari and Gentle Ben. His greatest and most beloved contribution to pop culture, Flipper, would blend both awe-inducing undersea filming and aww-inducing creatures.

Like most of Tors' properties, Flipper began on the big screen, in a 1963 film starring Chuck Connors of The Rifleman. The following year, a sequel led into a television spin-off. Flipper aired for three seasons. The 1990s saw a Flipper revival, as new versions hit cinemas and television starring Elijah Wood and Jessica Alba, respectively.

Let's take a deeper dive into the original TV show. Here are a dozen things you might not know about Flipper.

1. Flipper's "voice" was actually the sound of a kookaburra bird. 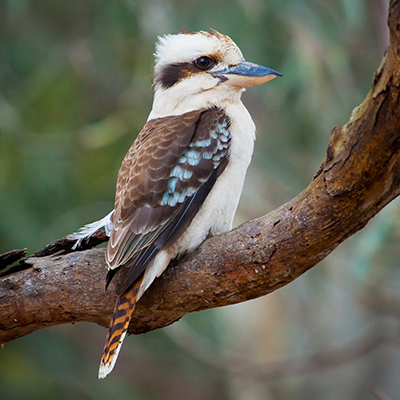 Sorry if you were hoping to learn how to speak dolphin. Flipper's chattering was created with sped-up recordings of the Australian bird.

2. Flipper was created by the Creature from the Black Lagoon. 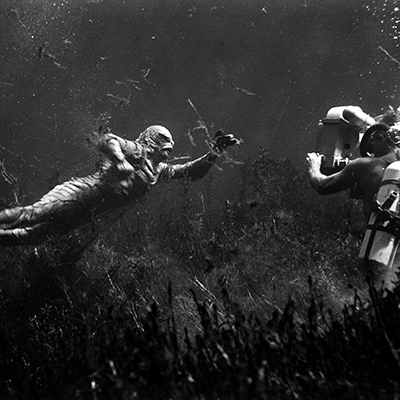 Ricou Browning was the performer in the rubber Gill-man suit in Universal's iconic, aquatic horror films. The Florida native starred in Creature from the Black Lagoon (1954) and its two quickie sequels. One day in the following decade, Browning was relaxing at home with his children, who sat mesmerized in front of the television set. "They were watching Lassie," Browning remembered, "and I thought, 'Why not do something with a boy and a dolphin?'" 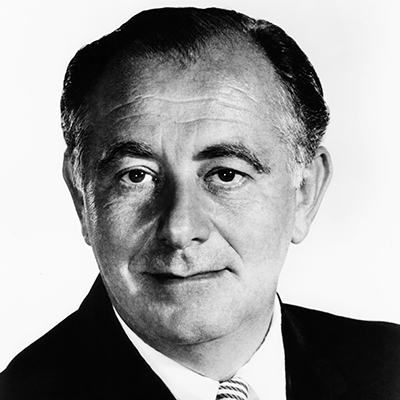 Tors led a fascinating life. He left his native land and came to American prior to World War II. Here, he enlisted in the Army, where he eventually joined the Office of Strategic Services, the predecessor to the CIA. "He was in the OSS and he very possibly was a spy," his son David Tors told The Biscayne Times in 2012. "Although I can't get anyone to admit it." After an undisclosed injury, Tors transferred to a wildly different unit, serving alongside legendary big band leader Glenn Miller in the Army Air Forces. Tors was part of the production team for Miller's AAF band. These Army connections helped him get started in Hollywood.

4. The dolphin actors were all female. 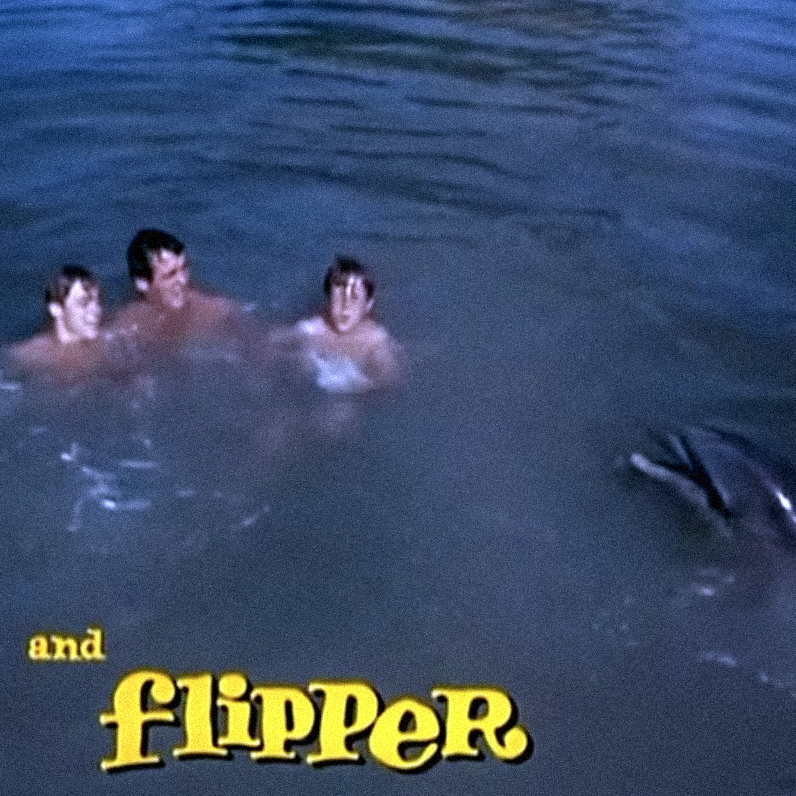 A handful of dolphins were used to portray Flipper, including Kathy and Susie. (A dolphin named Mitzie was the primary dolphin star of the 1963 film.) Females were used primarily because they are less aggressive and… well, they look better on camera. Male dolphins carry scars on their face from altercations with other dolphins.

5. …except for the dolphin that performed the "tail-walk." 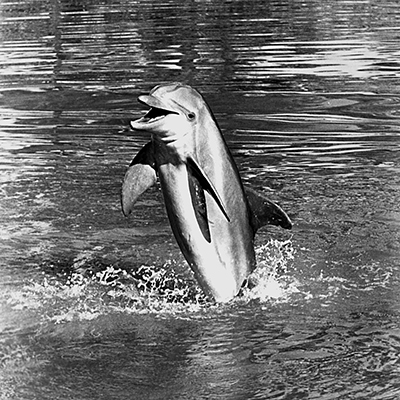 One male dolphin, a veteran of the movie named Mr. Gipper, was needed to pull off Flipper's joyful "tail walk" stunt. The female dolphin actors were not adept at the backward swimming. We're not saying Mr. Gipper invented the moonwalk, but he was doing this years before Michael Jackson.

6. There was only a 16-year age gap between father and son. 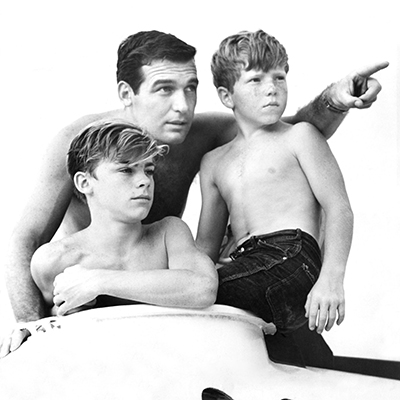 The human cast centered around the core trio of Brian Kelly, Luke Halpin and Tommy Norden, who played the men of the Ricks family, Porter, Sandy and Bud. In real life, Kelly was only 16 years older than Halpin. 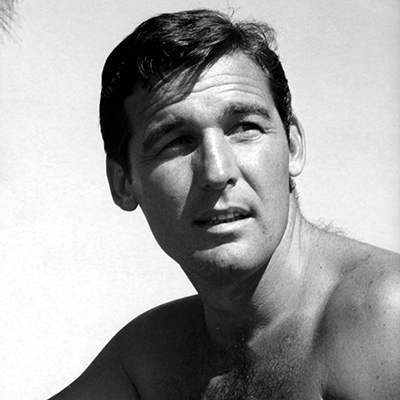 The son of the Governor of Michigan, Brian Kelly later attended the University of Notre Dame (where, coincidentally, a man with the same name and no relation now coaches football). After Flipper, Kelly was set to star in The Love Machine, a 1970 romantic film based on a bestselling novel. Unfortunately, a motorcycle accident forced him to drop out. Kelly transitioned to work behind the camera. He was an executive producer on the brilliant 1982 sci-fi classic Blade Runner. Thanks, Brian!

8. Luke Halpin kept working in the water for Hollywood. 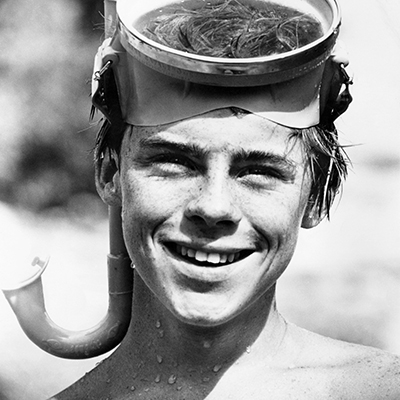 Halpin continued to act after Flipper, even reteaming with Ricou Browning and Ivan Tors for a couple films. Later, his love for the water led to a new Hollywood career in marine services. Halpin settled in South Florida and worked as a diver, boat pilot and stuntman on everything from Miami Vice to Speed 2: Cruise Control.

9. The show was filmed in Miami. 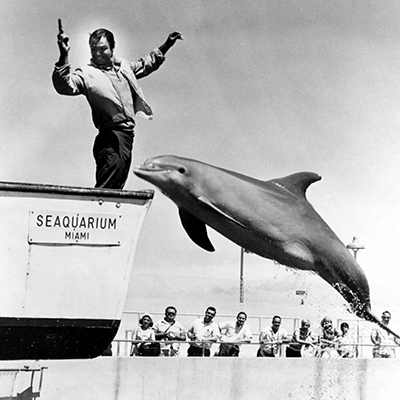 Ivan Tors set up shop in Miami with his own Ivan Tors Studios, still operating today as a home to Spanish-language reality shows under the name Greenwich Studios. Other regular locations in the Miami area included Key Biscayne and the Miami Seaquarium theme park, home of the first hanging monorail in the United States. Yep, that's guest star Burt Reynolds in a scene with Flipper at the Seaquarium.

10. The theme song was composed by a Polish pop star. 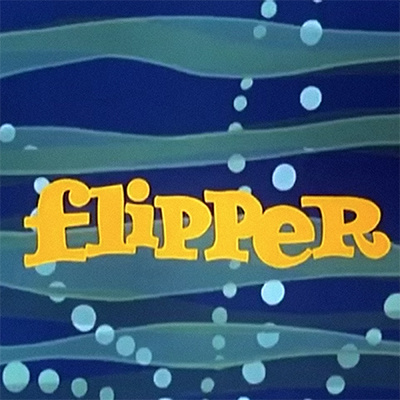 "They call him Flipper, Flipper, faster than lightning…" Anyone who grew up watching the show can sing the song. The winsome melody was the work of Henry Vars. (A writer name By Dunham penned the lyrics.) Wars, born Henryk Warszawski, has been called the "Irving Berlin of Poland." In the 1930s, the Jewish pianist composed dozens of songs for musical comedies in his native land. He joined the Polish Army and fought the Germans. The Nazis captured him as a prisoner of war, but Vars escaped off a train. He emigrated to the U.S. after the war. His music remains popular in Poland. In fact, one of his songs appeared in the Oscar-winning 2002 film The Pianist.

11. There was (very) briefly a different theme song. 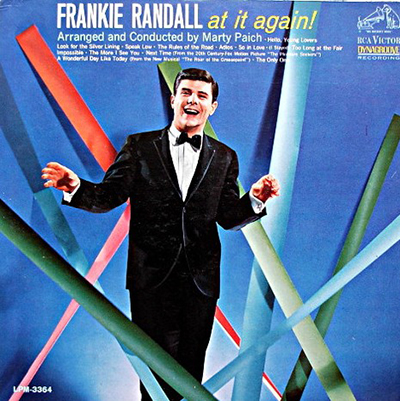 The theme song you remember is likely the one sung by a pleasant choir. It has the same nostalgic air of Disney themes. At the start of the second season, a new version was used. It was a more swingin' affair, smoothly delivered by B-list crooner Frankie Randall. This updated take was only used for five episodes before the original was reinstalled. 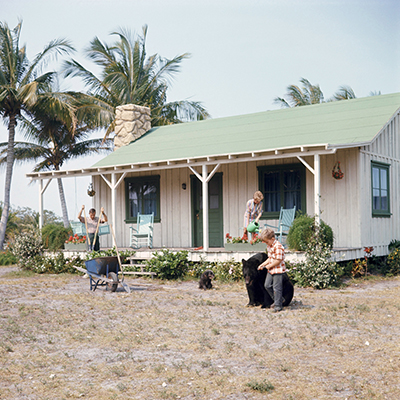 As Flipper ended in 1967, the sets were quickly put to new use in another Ivan Tors production, Gentle Ben. If Flipper was "Lassie in the water," then Gentle Ben was "Lassie, but with a bear." A sharp eye might also pick out familiar Flipper settings in the 1970s movie and TV series Salty, another Ricou Browning creation that was basically "Lassie, but with a seal."

lweisberg18 20 months ago
5 Scenes that never happened in these Flipper Episodes because the episode would
take too long or somebody get hurt
1.Countdown For Flipper In the scene where the guy who wants to cut up Flipper
locks Bud in the closet when Bud says Sandy let me out of here Sandy was supposed
to say no until dad gets here your the evidence and when porter arrives then Sandy lets Bud out
2. Bud Minds Baby When Porter and Sandy find out that Bud and the Baby are trapped in
the Bayou they are only supposed to take the girl out until they get her information
of why she ran away and then before they head home they open the Bayou again to
let Bud out
3.Gift Dolphin When Bud get stung by a sea scorpion after taking Flipper to a place to hide
out when it goes to the scene where they honor the Prince and Sandy worries about Bud
Porter was supposed to say nobody is leaving the table till after we eat but they could'nt
do that because the episode would take too long and they would never get to Bud in time
4.Slingshot When Ulla and Little Stevie get back up after the slinghot knocks Bud unconscious
Ulla was supposed to make Stevie get out of the car and they leave Bud Behind until they get
help
5.Flipper and The Horse Thieves The Bad Guys who capture Bud and Stevies horse were supposed to get away with capturing Bud and only the horse escapes but this never happened due to this is a Kids program and the TV series couldn't have that kind of ending 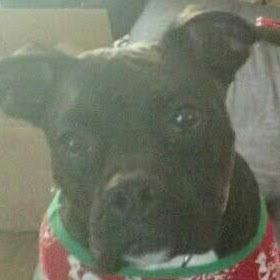 smelton724 24 months ago
I am so glad that Pluto TV is showing episodes of Flipper they rotate between the old episodes and the new one with the girl and boy. I am curious does anyone know if there was a transition between the old episodes and new ones. How many episodes were there of the new Flipper, I know there was 88 of the original? It would have been cool if they made a transition show where the girl and boy moved in and the original actor and sons moved on.
Like Reply Delete

MichaelHollander 28 months ago
Flipper was one of best series of the 1960'S as I was growing up...and still is one of my fave shows...What became of Tommy Norton...
Like Reply Delete