Where To Watch Shop Store Contact
Home / Stories / The most famous rant in TV history is from 1961, and it's still relevant today
nostalgia

The most famous rant in TV history is from 1961, and it's still relevant today

"When television is good, nothing is better." 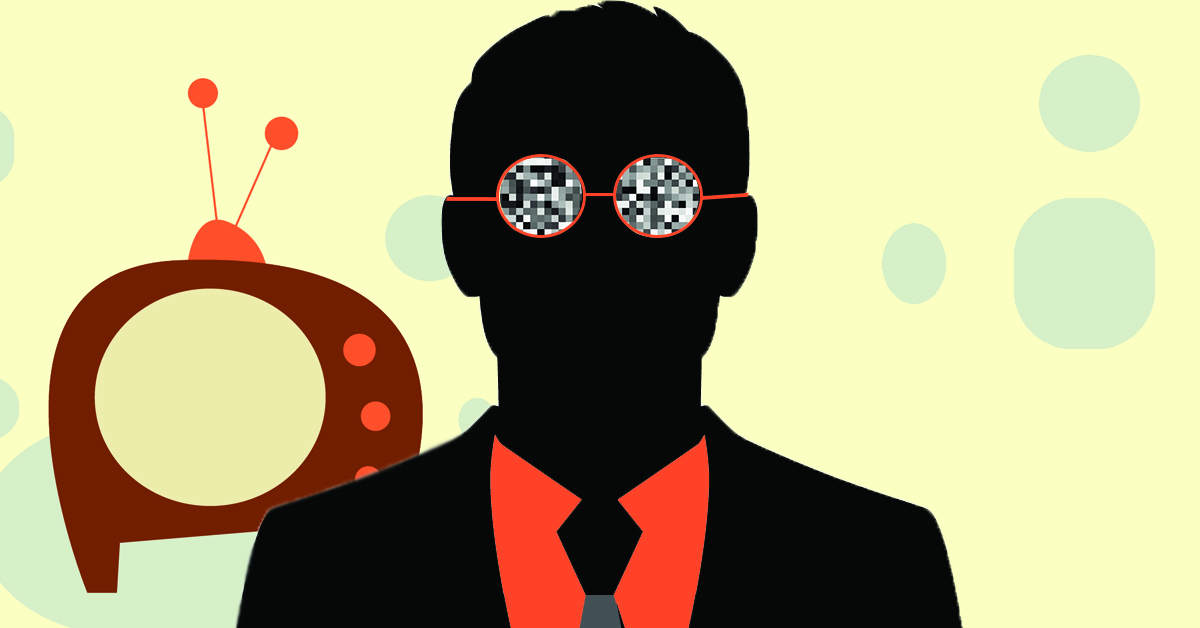 Every TV critic seems to have claimed: We’re in a new golden age of television. To back this up, they point to new technologies and tons of program options. To look at the world of TV today and not see a wealth would be ludicrous, but what can often be downplayed are two looming questions: Does quantity equal quality? Does technological advancement equal progress?

As it happens, these questions were already answered more than 50 years ago, in one of the most famous rants in television history.

On May 9, 1961, former Federal Communications Commission chair Newton Minow shook the television industry harder than a home viewer frustrated with a scrambled picture. In a lengthy speech, he called TV a “vast wasteland,” and urged networks to embrace originality, public service, soulfulness, leadership and diversity.

“Keep your eyes glued to that set until the station signs off,” Minow challenged viewers. “I can assure you that what you will observe is a vast wasteland.”

He continued, “You will see a procession of game shows, formula comedies about totally unbelievable families, blood and thunder, mayhem, violence, sadism, murder, Western bad men, Western good men, private eyes, gangsters, more violence and cartoons. And endlessly, commercials — many screaming, cajoling and offending. And most of all, boredom. True, you'll see a few things you will enjoy. But they will be very, very few. And if you think I exaggerate, I only ask you to try it.” 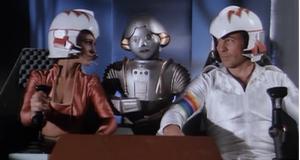 As idealistic and conservative as many of his mandates came across — both then and now — at the heart of Minow’s impassioned rant is the reason why he became simultaneously a respected voice in commercial television, and also a hugely controversial figure: He wanted TV to be better than just ratings-driven drivel.

His fandom for top-notch TV becomes evident as he cited shows like The Fred Astaire Show and The Twilight Zone as exceptions to advertiser-propelled programming saying, “I could list many more — programs that I am sure everyone here felt enriched his own life and that of his family. When television is good, nothing — not the theater, not the magazines or newspapers — nothing is better.”

At the time, Minow noted there were barely three networks, and some cities had just one station. His work led to more channels and expanded programming. For his efforts, he was awarded the Presidential Medal of Freedom in 2016. For his staunch principles, he even got a pretty famous boat named after him, the S.S. Minnow on Gilligan’s Island. His views can be summed up by this quote:

“We need imagination in programming, not sterility; creativity, not imitation; experimentation, not conformity; excellence, not mediocrity. Television is filled with creative, imaginative people. You must strive to set them free.”

In 2017, as some hit creators and respected writers are free to seek a new home for their projects on Hulu, Netflix and Amazon. TV viewers have more choices than ever, more platforms to track, and more talents to be discovered. But we think Minow's recipe for better TV remains relevant today.

Below, find a list of Minow’s top tips, plucked directly from his controversial speech in 1961. They could help keep TV on track for the next 50 years. 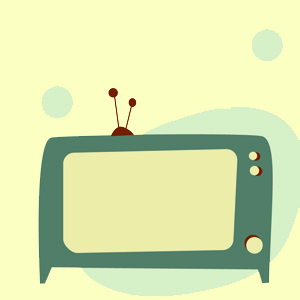 “What the Commission asks of you is to make a conscientious, good-faith effort to serve the public interest. Every one of you serves a community in which the people would benefit by educational, and religious, instructive and other public service programming. Every one of you serves an area which has local needs — as to local elections, controversial issues, local news, local talent. Make a serious, genuine effort to put on that programming. And when you do, you will not be playing brinkmanship with the public interest.”

2. Be a legitimate voice in the national conversation. 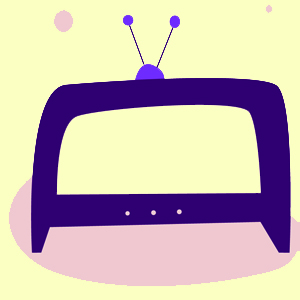 “Your industry possesses the most powerful voice in America. It has an inescapable duty to make that voice ring with intelligence and with leadership. In a few years, this exciting industry has grown from a novelty to an instrument of overwhelming impact on the American people. It should be making ready for the kind of leadership that newspapers and magazines assumed years ago, to make our people aware of their world.” 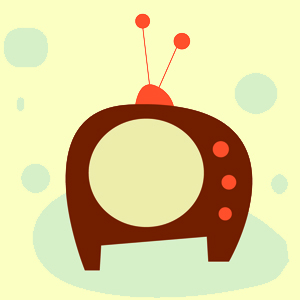 4. Don’t show what everyone else is showing. 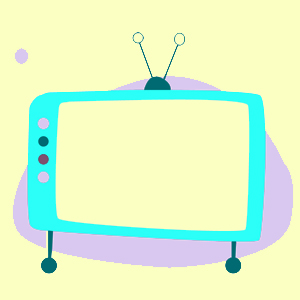 “Is there one person in this room who claims that broadcasting can't do better? Well a glance at next season's proposed programming can give us little heart. Of 73-and-a-half hours of prime evening time, the networks have tentatively scheduled 59 hours of categories of action-adventure, situation comedy, variety, quiz and movies. Is there one network president in this room who claims he can't do better? Well, is there at least one network president who believes that the other networks can do better? Gentlemen, your trust accounting with your beneficiaries is long overdue. Never have so few owed so much to so many.” 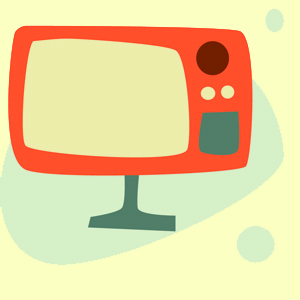 “The ratings tell us only that some people have their television sets turned on and of that number, so many are tuned to one channel and so many to another. They don't tell us what the public might watch if they were offered half-a-dozen additional choices. A rating, at best, is an indication of how many people saw what you gave them. Unfortunately, it does not reveal the depth of the penetration, or the intensity of reaction, and it never reveals what the acceptance would have been if what you gave them had been better.” 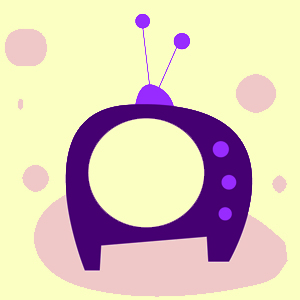 “You must provide a wider range of choices, more diversity, more alternatives. …There are many people in this great country and you must serve all of us.” 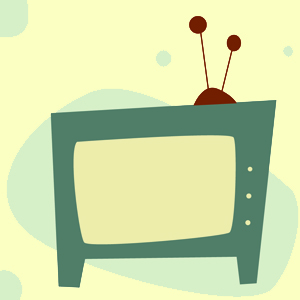 “You can tell your advertisers, ‘This is the high quality we are going to serve – take it or other people will. If you think you can find a better place to move automobiles, cigarettes and soap, then go ahead and try."

“Programs with a mass market appeal required by mass product advertisers certainly will still be available. But other stations will recognize the need to appeal to more limited markets and to special tastes. In this way, we can all have a much wider range of programs.”

8. Remember, TV is an ambassador. 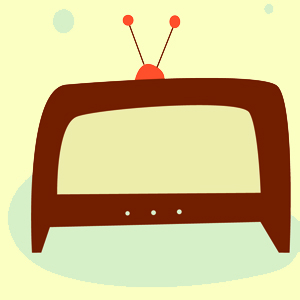 “Another and perhaps the most important frontier: Television will rapidly join the parade into space. International television will be with us soon. No one knows how long it will be until a broadcast from a studio in New York will be viewed in India as well as in Indiana, will be seen in the Congo as it is seen in Chicago. But as surely as we are meeting here today, that day will come; and once again our world will shrink.”

9. Make TV that considers the future. 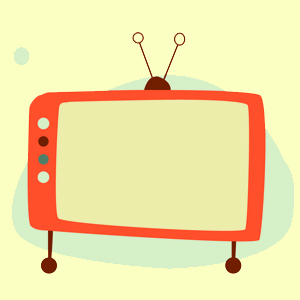 “There are estimates today that the average viewer spends about 200 minutes daily with television, while the average reader spends 38 minutes with magazines, 40 minutes with newspapers. Television has grown faster than a teenager, and now it is time to grow up.”

“I urge you, I urge you to put the people's airwaves to the service of the people and the cause of freedom. You must help prepare a generation for great decisions. You must help a great nation fulfill its future.”

KathyMcKinny 31 months ago
uhhh. Minnow did not get the boat named after him for honor......it was an INSULT. The boat had a hole and damn near SANK. Sherwood Shwartz HATED Minnow and named the doomed vessel after him as a dig!
Like Reply Delete 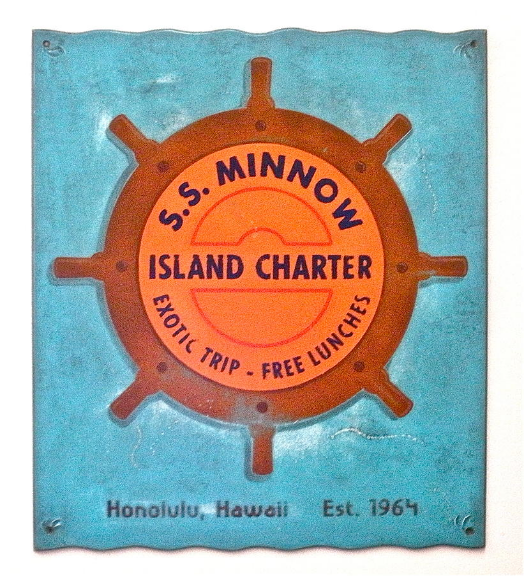