Where To Watch Shop Store Contact
Home / Stories / Pop flashback: These were the top hits this week in 1970
music

Pop flashback: These were the top hits this week in 1970

Huh! Good god, y'all! It was the dawn of a new decade, thanks to Tony Orlando and others. 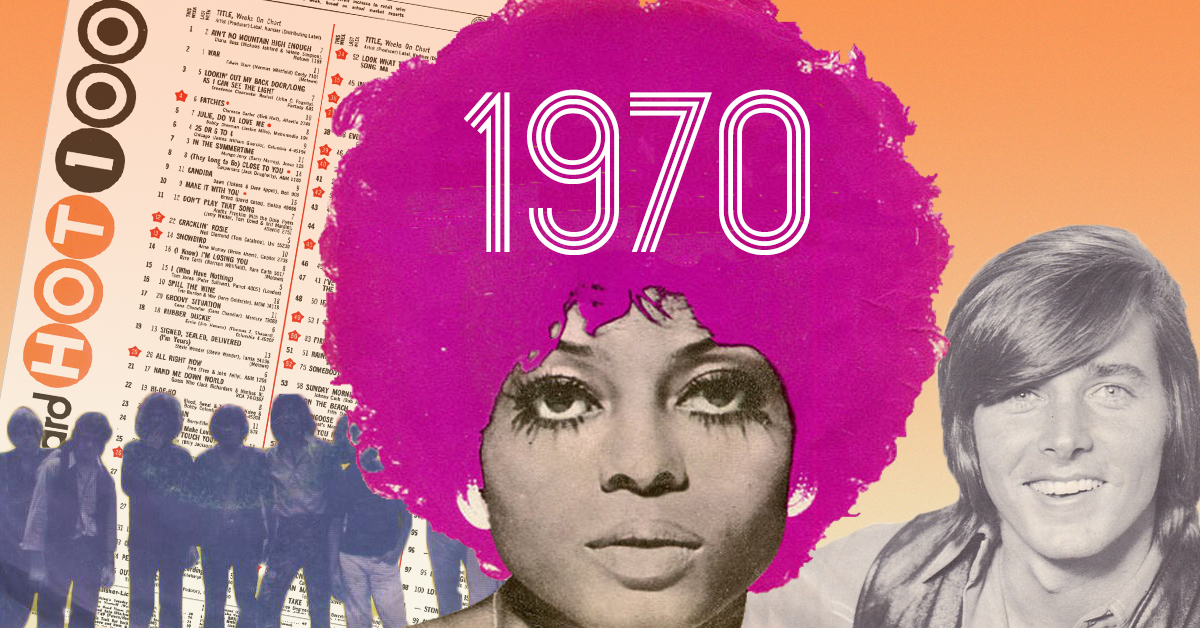 The year 1970 was, obviously, a time of transition. The radio refected the changing times. In the month of September, there was still a bit of hangover from the previous decade, with songs of both protest and teenybopper bubblegum. Meanwhile, the golden, shag-carpeted sounds of '70s soft rock was already in full bloom. There was even a little foreshadowing of the variety shows that were on the horizon.

Here are the Top 10 songs from September 19, 1970, issue of Billboard. This is just the kind of music you can hear streaming for free on MeTV Music. Click the link above to enjoy thousands of timeless tunes! 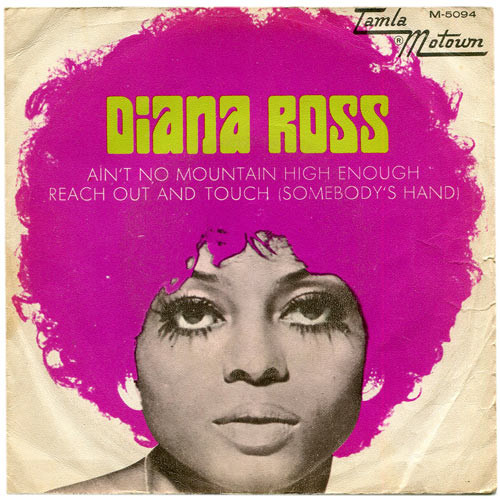 The supreme Supreme soared to new heights on her debut solo album thanks to this hair-raising cover of Marvin Gaye & Tammi Terrell's "Ain't No Mountain High Enough." 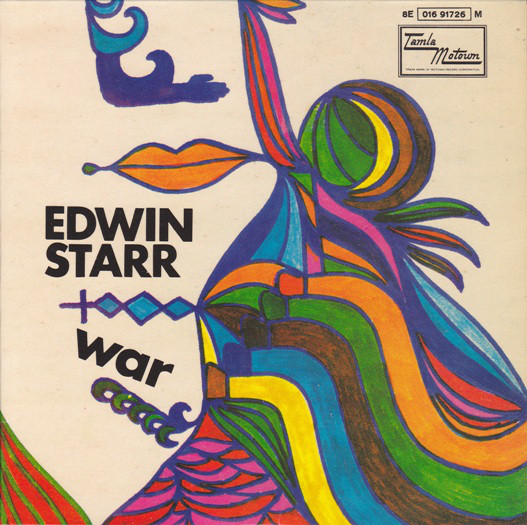 Huh! Good god, y'all! Originally recorded by the Temptations, "War" became the funkiest protest song of the era. The Tamla / Motown label owned the pop charts with the top two spots.

3. Creedence Clearwater Revival - "Looking Out My Back Door" 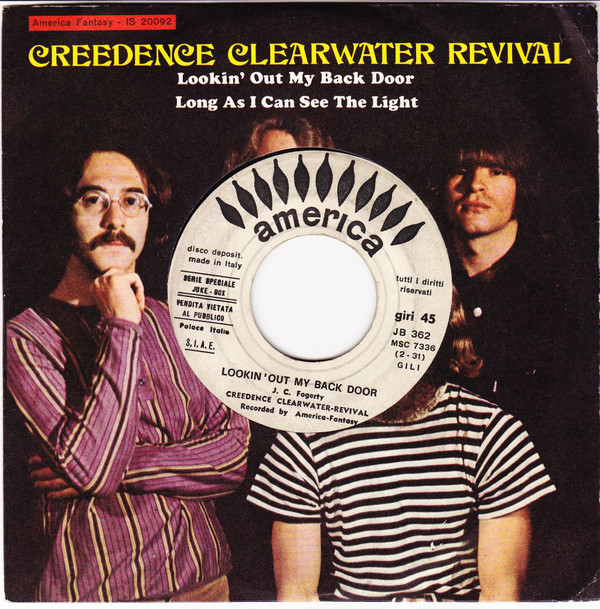 Doo doo doo… This southern-fried CCR jam became a favorite of the Big Lebowski. We can't argue if the Dude approves. 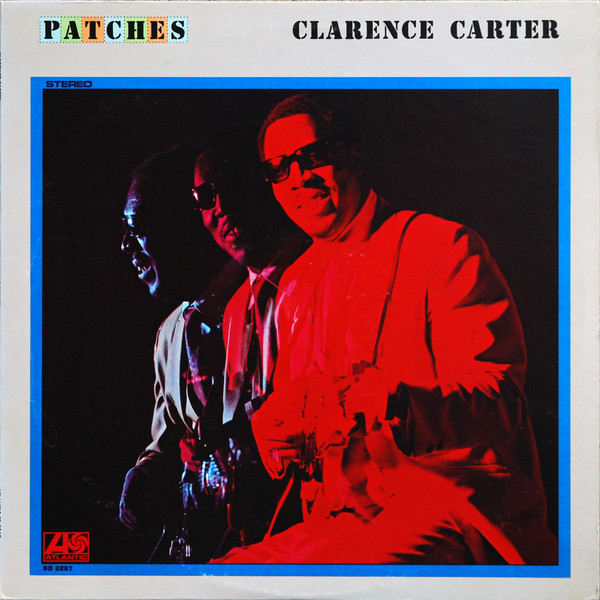 Winner of the 1971 Grammy Award for Best Rhythm & Blues Song, this seemingly autobiographical tale of a poor Alabama upbringing became the biggest hit for the blind soul singer. Though his hit "Back Door Santa" did became widely recognized as the sample in Run DMC's "Christmas in Hollis." 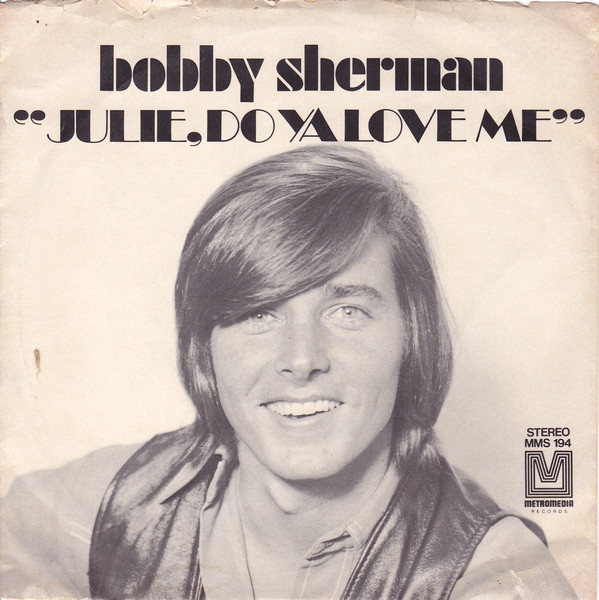 After appearing on episodes of Honey West and The Monkees, this California native reached teen idol status with a string of sunny, Brady Bunch–ish hits. Julie had him, "Tossing and turning / And freezing and burning / All through the night." 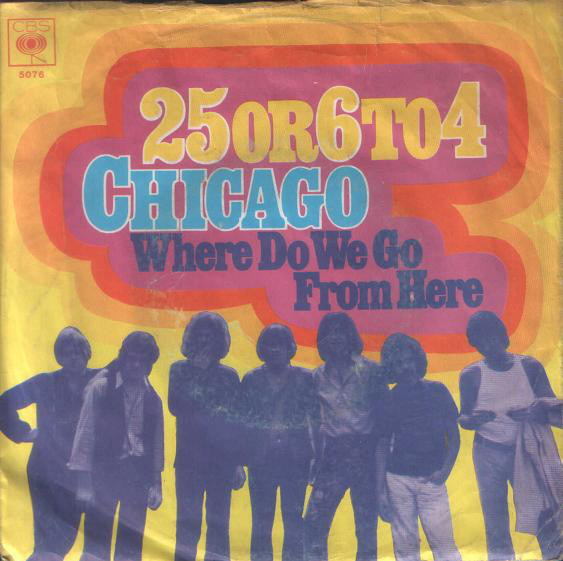 With a riff suited for heavy metal, "25 or 6 to 4" elevated the band formerly known as Chicago Transit Authority to greater fame. We wonder if the song is about train schedules or insomnia... 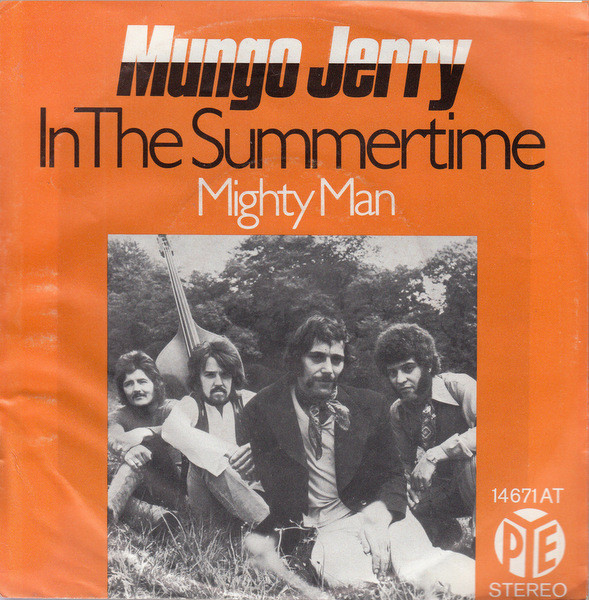 The quartet picked up the folksy jugband sound formerly popularized by the Lovin' Spoonful and ran with it. However, despite its Americana sound, this act was from Britain. Leon Redbone would carry on this vibe later in the decade. 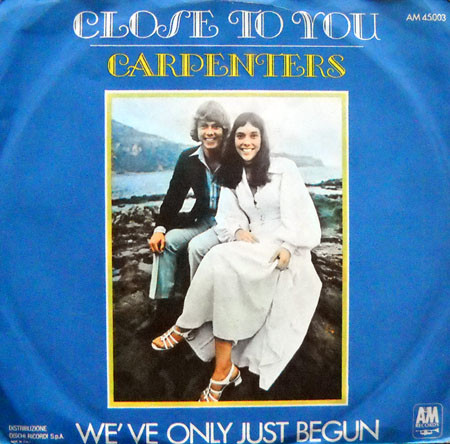 Why do birds suddenly appear? Probably because of Karen's lovely voice. Hard to believe she was merely 20 years old here. 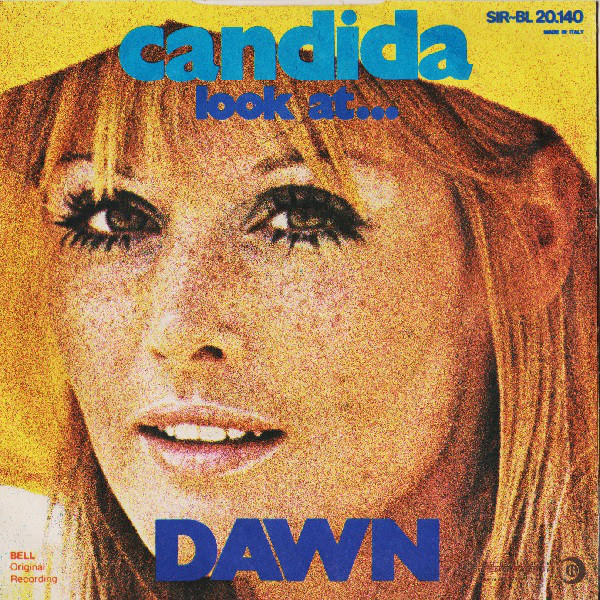 Dawn, as in "Tony Orlando and…" Despite being named for a fungus, the trio's debut single rocketed them to stardom. "Dawn" makes us think of Dawn Wells, though that looks like Ginger on the sleeve, no? 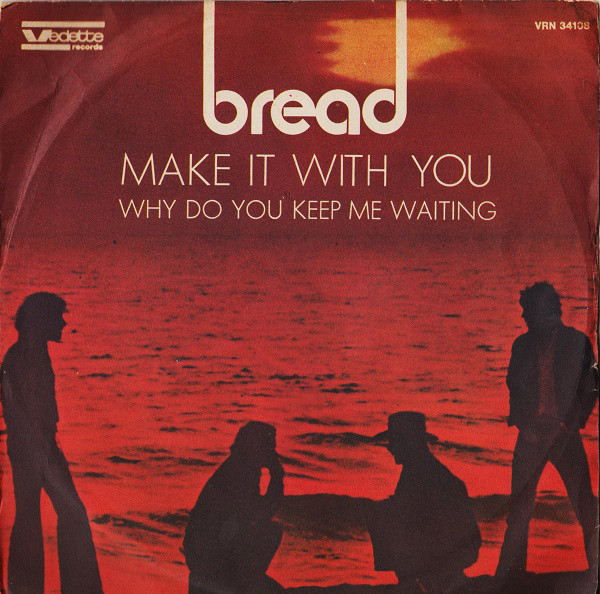