Looking back at the early Sixties screen career of Regis Philbin

The legendary TV host can be found acting in The Big Valley, That Girl and more. 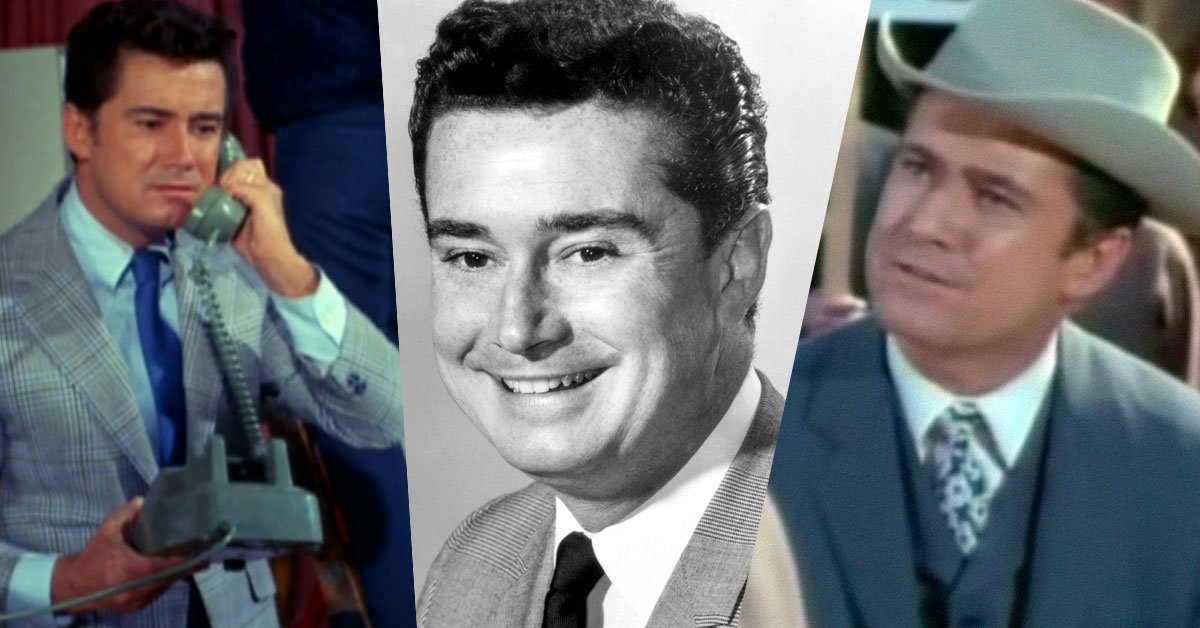 The late, great Regis Philbin holds the Guinness World Record for the most hours on American television. He set the record in 2004, passing Hugh Downs, logging 15,188 hours. Of course, he hardly retired after reaching that mark. The Notre Dame alum and Navy veteran continued to plug away on Who Wants to Be a Millionaire and Live with Regis and Kathie Lee.

Regis will forever be remembered for those two series in particular, but his broadcasting career truly took off in the 1960s. He honed his hosting skills on A.M. Los Angeles and his own The Regis Philbin Show in San Diego. His national breakthrough came through his association with the Rat Pack, but more on that in a bit.

In all those tens of thousands of hours of his work, it's easy to overlook the handful of episodes that featured his acting skills. Let's take a look at his memorable guest spots in the swingin' Sixties. 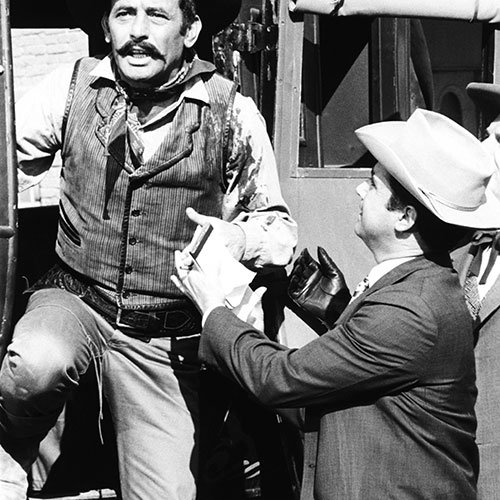 Regis the cowboy? Well, not really. He may have a cowboy hat atop his head, but his character in The Big Valley is a journalist. Look for his rare turn as a thespian in the season-three finale, "The Challenge." Regis plays a local Stockton reporter who presses a visiting senator in this episode that aired March 28, 1968. He has plenty to do and say (well, mostly "Senator") in the opening scenes. 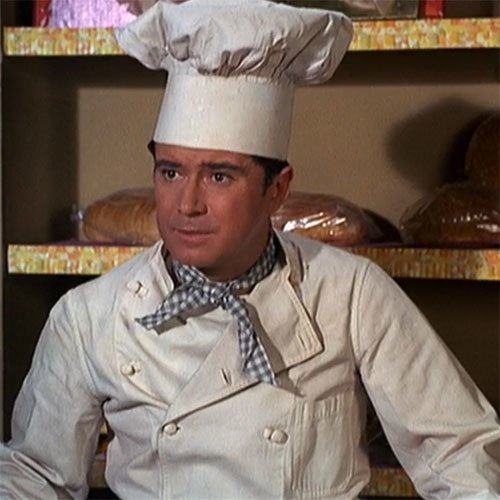 "The old communications-equipment-in-the-French-bread trick!" Maxwell Smart declares to Regis' undercover baker character in the opening scene of "The Hot Line." The episode aired just five days after his turn on The Big Valley, in March of '68. 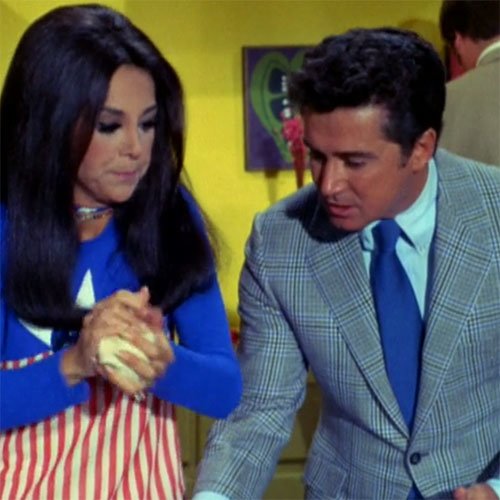 Old West reporters and espionage agents might have been a light stretch for Regis, but That Girl cast him in a comfortable situation — he plays a professional in the TV biz, when Ann Marie (Marlo Thomas) believes she has baked her ring into a cake. This episode technically aired in 1970, but the show oozes Sixties style and culture. 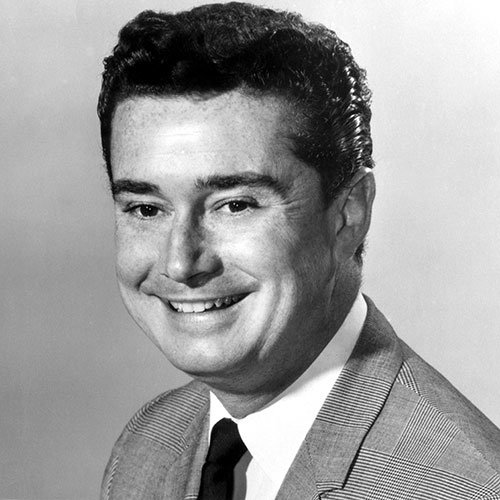 Of course, Regis' biggest national splash on Sixties television came in his most comfortable mode — as an energizing emcee. From 1967–69, he served as the sidekick and announcer on The Joey Bishop Show, the talk show showcasing the comedy skills of Rat Pack member Bishop. (Not to be confused with the sitcom The Joey Bishop Show, which aired from 1961–64.) In one of the show's most memorable moments, Regis walked off the talk show in a huff, frustrated with his critics, declare that he was dragging down the show. It was all a stunt — Regis was acting — and it worked brilliantly. The ratings spiked. 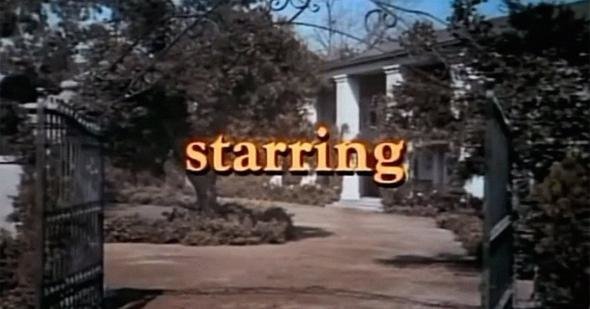 Did you know?1960s
The Barkley mansion from The Big Valley turned up all over classic television 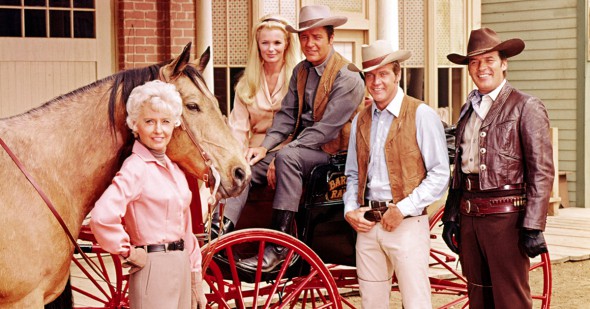 Did you know?
10 things you never knew about 'The Big Valley'
Are you sure you want to delete this comment?
Close

MarkSpeck 23 months ago
Regis hosted what was probably the WORST game show I ever saw, The Neighbors, from 1976. Just an AWFUL game show, where several people who are neighbors try to figure out who said what about whom.
Like Reply Delete

28 months ago
Philbin was very cruel to Stan Bohrman when they worked together on KHJ-TV in Los Angeles. I never cared for him after seeing that side of him.
Like Reply Delete

beverly54 28 months ago
I watched Regis all the time he was so funny ;I thought he’d be around forever I just loved him so much may he RIP
Like (2) Reply Delete

MrsPhilHarris 28 months ago
I should look for that Joey Bishop sit-com.
Like Reply Delete

Lantern 28 months ago
In the early 80’s Regis was the entertainment reporter at KABC in Los Angeles. I remember during his segment on a newscast in June 1981, he gave a rave review to a newly released film – Raiders of the Lost Ark. He said it was the best film he’d seen in a year. That prompted me to go see it that very weekend, and again several times that summer. It’s still one of my all-time favorites. I don’t think I would have rushed out to see it at that time if not for that very positive review by Regis.
Like Reply Delete

dwalk 28 months ago
I saw Regis on the Joey Bishop late night show complaining that an album he had recorded was shipped with a Blues Magoos record mistakenly in the Regis Philbin cover. It stood out to me because I would have preferred the Blues Magoos. https://www.youtube.com/watch?v=TOWOdKs6KUo
Like (3) Reply Delete

MarkSpeck dwalk 23 months ago
Interesting story how that album came about...Bing Crosby made an appearance on Joey's show. He was one of Regis's idols, and he begged Joey to ask him to sing "Pennies From Heaven". When the time came, Joey messed up and, instead of asking Bing to sing, said "This young man would like to sing "Pennies From Heaven" for you!". Regis was clearly flustered, but the audience encouraged him, and lo and behold, he actually turned out to have a pretty good singing voice! Obviously, someone from Mercury Records took notice, because they contacted Regis about doing a whole album of standards, which was how "Time For Regis" came about.
Like Reply Delete

TheDavBow3 dwalk 20 months ago
Blues Magoos are a good band. I actually have a couple of their albums, Psychedelic Lollipop and Electric Comic Book. How can you NOT like a band with that name and albums with those titles! 🤔😂
Like Reply Delete

kimmer 28 months ago
Never knew Regis was involved with tv other than talk shows...ty
Like (1) Reply Delete

cperrynaples TheDavBow3 28 months ago
Yes, do not confuse it with the Bishop show on Antenna TV! That was a sitcom where ironically he played a talk show host!
Like (1) Reply Delete

TheDavBow3 cperrynaples 28 months ago
Yes, I've seen the 1st Joey Bishop Show. At first, he was a big brother taking care of his mom and 2 siblings. Marlo Thomas was his little sister. Then changed to the talk show host. I enjoyed it.
Like (2) Reply Delete

cperrynaples TheDavBow3 28 months ago
And once again MeTV dropped the ball! That series ran until 1965! It was canceled by NBC in 1964 but CBS picked it up for another year!
Like (3) Reply Delete