Where To Watch Shop Store Contact
Home / Stories / Here are the voices behind your favorite animated Christmas specials
ChristmasDid you know?

Here are the voices behind your favorite animated Christmas specials

Find out which beloved holiday characters were voiced by actors behind Tony the Tiger and classic Twilight Zone episodes. 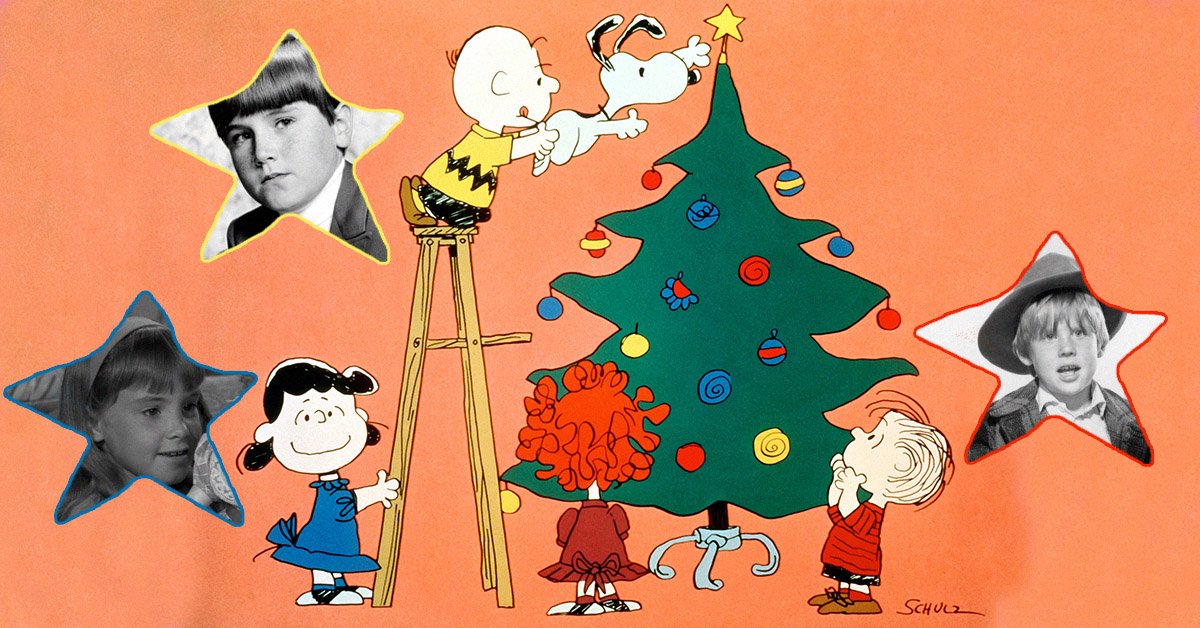 No matter what your age, you tune in each year to A Charlie Brown Christmas. The 1965 Christmas special is a part of all of our childhoods. The same goes for Rudolph the Red-Nosed Reindeer, Frosty the Snowman and The Grinch. We may get old, but these cherished animated gems never get old.

You can quote the lines; you can sing the songs. And you probably know some of the bigger names involved in these TV favorites. Burl Ives as the narrator Sam the Snoman. Mickey Rooney as Santa Claus in The Year Without Santa Claus. Horror icon Boris Karloff as the Grinch.

But we bet you are not as familiar with the names behind other beloved characters in animated Christmas specials. You have perhaps seen their faces before. Let's take a look at some of our favorites. 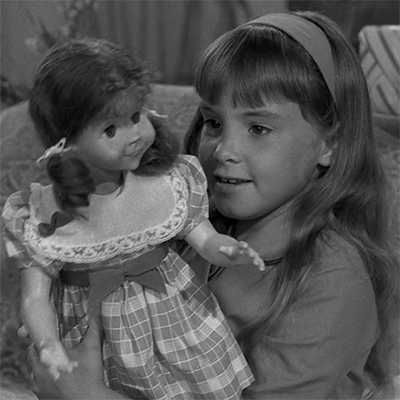 Two years before voicing Charlie Brown's ultimate tormentor, a role for which she was uncredited, Stratford appeared in a rather memorable Twilight Zone episode. She was the daughter of Telly Savalas in "Living Doll," the little girl who receives the sinister Talky Tina toy. Another fun fact: June Foray, the voice-over legend who provided the eerie dialogue for Talky Tina, can be heard in several Christmas specials. She was Cindy Lou Who in The Grinch Who Stole Christmas, and several voices in Frosty the Snowman, just to name a few. 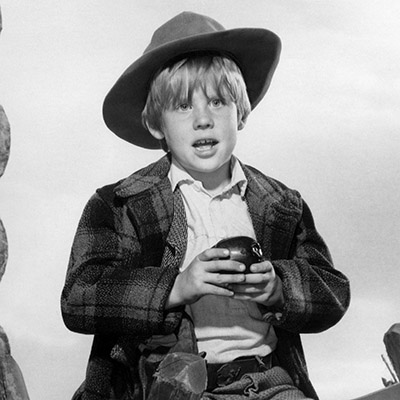 Of all the Charlie Brown Christmas kids, Shea arguably has the most recognizable face. The following year, he was cast as Joey Starett, the child lead in Shane. He appeared in 17 episodes of the Western. 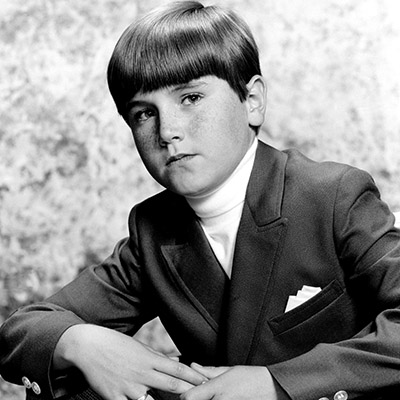 In the year leading up to his lead Peanuts role, Robbins popped up briefly in a handful of popular TV series — Rawhide, The Donna Reed Show, The Munsters. He continued to voice Charlie Brown throughout the 1960s. Meanwhile, he nabbed a regular role in front of the camera as Alexander Bumstead, the son of Dagwood and Blondie in the short-lived Blondie reboot of 1968.

4. Jackie Vernon as Frosty the Snowman 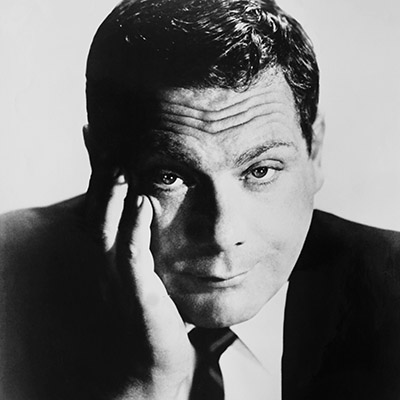 Once dubbed "The King of Deadpan," Jackie Vernon became one of the leading stand-up comics of the 1960s. His material could get a little risque, or at least quite dark, at least for the era, so it was somewhat unlikely for him to be cast as a jovial children's icon. After Frosty became an instant classic in 1969, Vernon voiced the character in two more Rankin/Bass productions, Frosty's Winter Wonderland (1976) and Rudolph and Frosty's Christmas in July (1979). 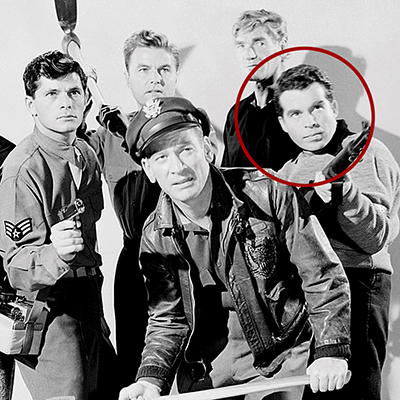 Playing opposite Frosty as jolly ol' Saint Nick in Frosty the Snowman, Paul Frees was no stranger to cartoon work. He was Boris Badenov in The Rocky and Bullwinkle Show. He also provided voices for classic Disneyland rides, such as Pirates of the Caribbean and Haunted Mansion. He knocked out dozens of characters for Rankin/Bass over the years, from the Three Wise Men in The Little Drummer Boy (1968) to Father Winter and Kubla Kraus in Jack Frost (1979). As an actor, he rarely turned up onscreen, though he can be seen in significant roles in the Frank Sinatra film noir Suddenly (1954) and as a scientist in The Thing from Another World (1951), as seen here.

Speaking of Jack Frost, modern TV aficionados will instantly recognize the man behind the winter sprite. Robert Morse was brilliant as the elder Bertram Cooper in Mad Men. Forty years before that acclaimed drama, he broke big as the lead in How to Succeed in Business Without Really Trying. 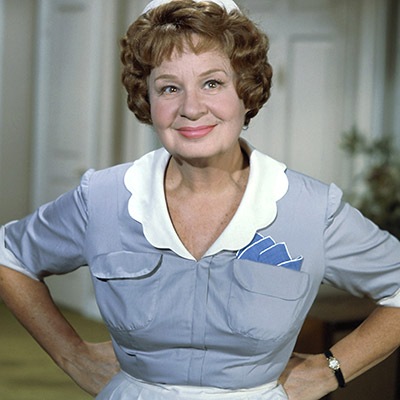 Rankin/Bass signed a beloved TV veteran to play the matriarch of the North Pole in The Year Without Santa Claus (1974). For the first half of the 1960s, she starred as the lead in the hit sitcom Hazel. She won two Primetime Emmy Awards for her portrayal of that live-in maid. Voicing Mrs. Claus would be her final acting credit, however, as she stepped away from work afterward.

Comedian Dick Shawn made his name in the 1960s playing counter-culture caricatures in popular movies like It's a Mad, Mad, Mad, Mad World and The Producers. On the small screen, he could be seen as Jack Tripper's dad on Three's Company, as well as in guest spots on St. Elsewhere and Magnum, P.I. Headbangers take note: He also played the emcee in a 1986 music video for the metal band Ratt.

Irving was primarily known as a stage actor, notably in the Original Broadway cast of Oklahoma! On the tube, he earned a few credits, perhaps most recognizably on All in the Family, on which he played Russ DeKuyper, the brash husband of Edith Bunker's cousin Amelia. We also enjoyed him as Igor Toody, the operatic uncle of Gunther Toody (Joe Ross) on Car 54, Where Are You? 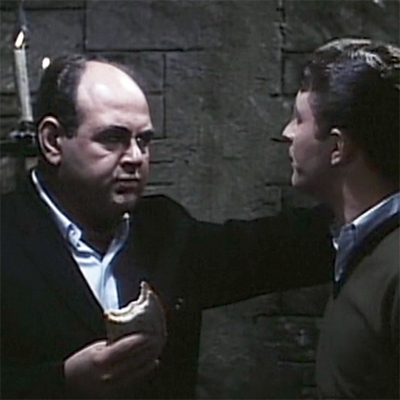 Of course, we have to talk about the most beloved of all Rankin/Bass productions, 1964's Rudolph the Red-Nosed Reindeer. The man behind Rudolph himself, Billy Richards, primarily worked in the voice-over booth throughout his career. But you might recognize some other actors from the special. Larry D. Mann, who voiced the boisterous prospector Yukon, had a long career on television. He can be spotted in The Big Valley, Voyage to the Bottom of the Sea, Get Smart, The Green Hornet, The Man from U.N.C.L.E., Mannix and more. We particularly enjoyed him as the villainous Butterball in the My Favorite Martian episode "Butterball." 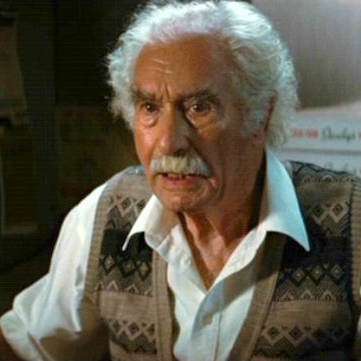 Voicing the lead elf (who yearns to be a dentist) in Rudolph was one of the earliest roles for Paul Soles. Soon after, he provided the voice of Bruce Banner in the 1966 Hulk cartoon. Because of that early Marvel work, he made a cameo decades later in The Incredible Hulk (2008), a pizza restaurant owner who helps Banner (Edward Norton).

12. Thurl Ravenscroft as the singer of "You're a Mean One, Mr. Grinch" 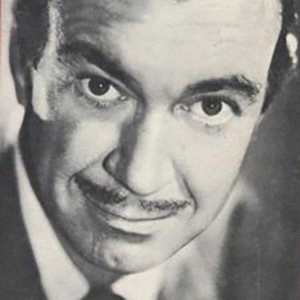 For years, people assumed Boris Karloff sang the unforgettable song in Dr. Seuss' How the Grinch Stole Christmas! Why? No singer was originally credited. Some floated the theory that Tennessee Ernie Ford crooned the tune, which also became urban legend. No, actually it was Thurl Ravenscroft, a barrel-voiced performer who supplied countless voices for Walt Disney theme parks. Perhaps you heard him in the Haunted Mansion, Country Bear Jamboree, Mark Twain Riverboat, Pirates of the Caribbean, Disneyland Railroad or the Enchanted Tiki Room attractions. Cereal lovers certainly recognize his voice. For half a century, he played Tony the Tiger, proclaiming, "They're grrreat!" 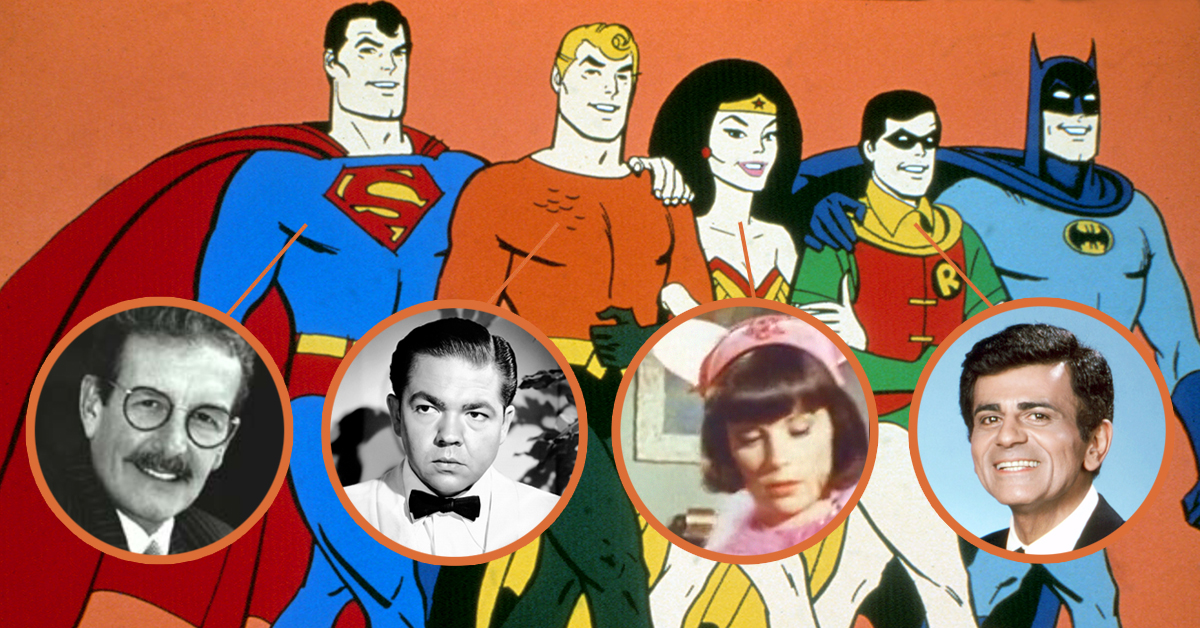 Find out which game show host was Superman and which Mary Tyler Moore star played the nemesis of Aquaman. READ MORE 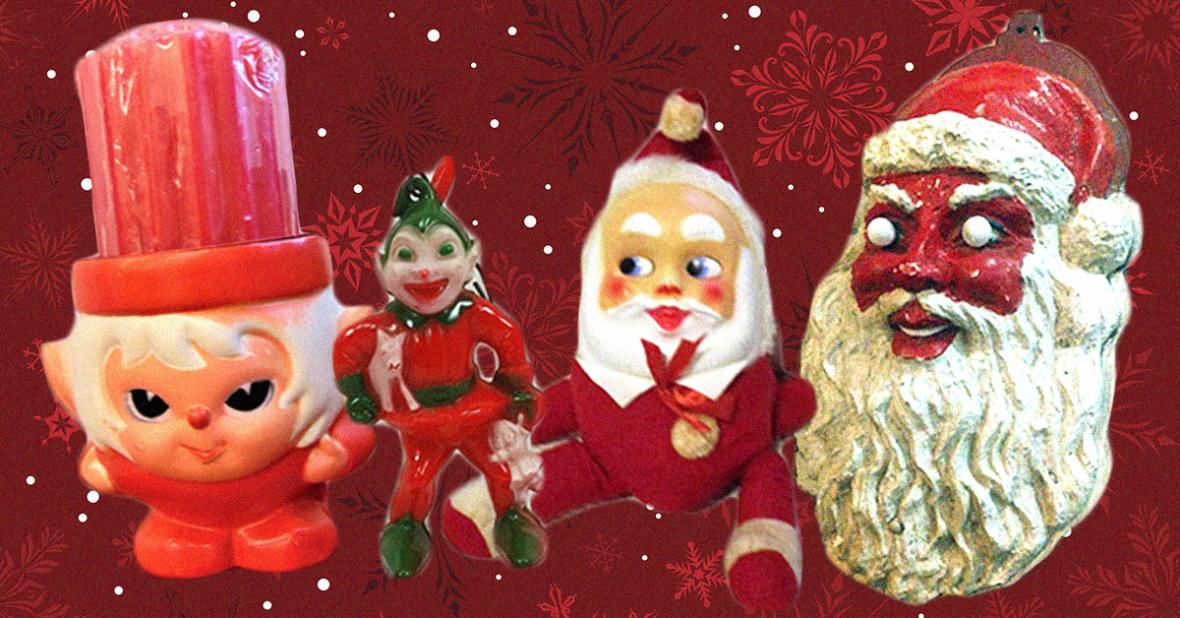 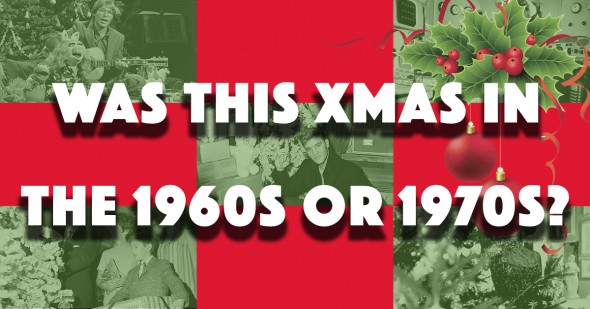 Christmas
Are these Christmas photos from the 1960s or 1970s?
Are you sure you want to delete this comment?
Close

JohnBates 19 months ago
Paul Soles was also Peter Parker/Spider-man in the 1967 animated series. George S. Irving was the narrator on "The Underdog Show."

SteveCarras 32 months ago
Some others in that time period would be Burl Ives as the unnamed(?) 1964 RUDOLPH snowman, te famous Mr.Ives (apologies due a certain talking horse named Ed for that tag) being a longtime raido/disc/tv/stage/film folksinger/guitarist/actor/composer-writer; JIMMY DURANTE who narrated Frosty, the longtime comedian and vaudevillian known for his big nose and many catchphrases; the similiar but very different;y voiced BILLY DE WOLFE (not to be confused with BILLY DEE WILLIAMS), who played the Frosty nasty magician, Prof.,Hinkle, likewise like DURANTE a longtiome vaudevillian-actor, with his fussy nasal voice and repeated phrases; ROBIE LESTER of SANTA CLAUD..TOWN, the logntime Disneyland record storyteller/voice known for her tagline.."this is your Disneyland storyteller'.
Like Reply Delete

SteveCarras SteveCarras 32 months ago
PS the snowman is RUDOLPH was named SAM. Sorry.
Like Reply Delete