Where To Watch Shop Store Contact
Home / Stories / Do you remember these Irwin Allen productions from the 1970s and beyond?

Do you remember these Irwin Allen productions from the 1970s and beyond?

Take a disaster, add an exclamation point, and you have an ideal 1970s TV movie. 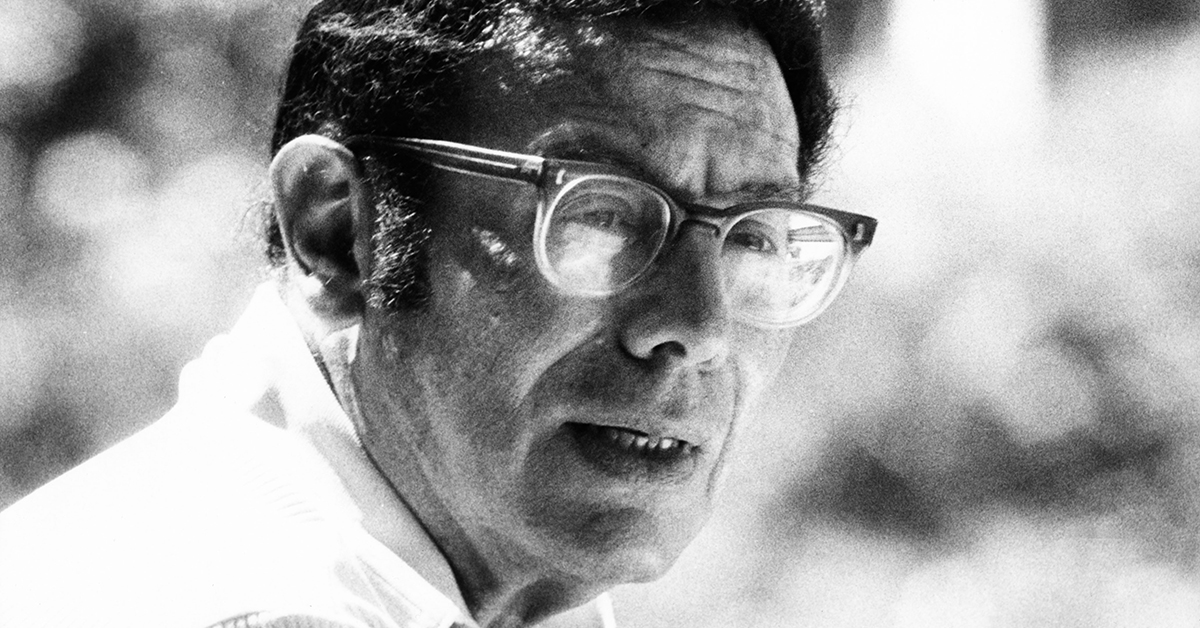 In hindsight, few figures of 20th century entertainment influenced modern Hollywood to the degree of Irwin Allen. The visionary director and producer began with documentaries about ecology and evolution, explored 3-D technology, popularized the disaster picture, and created new worlds of science fiction on television. His adventure shows Lost in Space, Voyage to the Bottom of the Sea, The Time Tunnel and Land of the Giants dazzled us in the 1960s — and continue to thrill us today.

We have covered his 1960s work before, as you can see by the links above. Here are some later television works that perhaps go overlooked. Did you watch any of these productions? 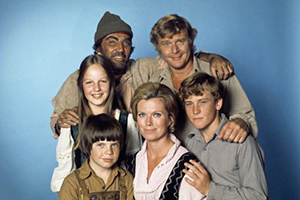 Lost in Space was just a futuristic Swiss Family Robinson in the stars, and was in fact partly adapted from the Gold Key comic book Space Family Robinson. Reverse engineering the concept seemed like a no-brainer for Allen's fifth series. Helen Hunt and Willie Aames starred as the kids, while Martin Milner of Route 66 and Adam 12 played the patriarch. It lasted just one season.

Milner returned for this disaster, headlining alongside Robert Culp in this Oregon-set dam-buster. Most of the action takes place at night in the town of Brownsville. This was Allen's first production for Warner Bros. Studios. 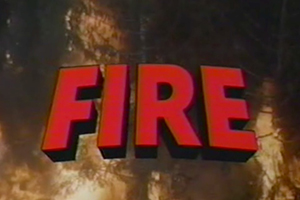 Another cast of television stars filled this forest inferno flick, including Patty Duke, Ernest Borgnine and Erik Estrada. The blaze begins when an escaped convict sparks a flame to cover his lam. Donna Mills, meanwhile, is a schoolteacher with her class of kiddies out in the woods. 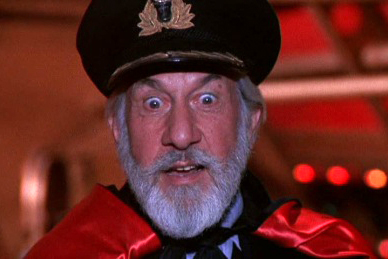 José Ferrer stars are the legendary captain of the Nautilus, who has been stuck for ages in suspended animation at the bottom of the sea. Until two Navy divers discover him! Burgess Meredith was one of the big names here, but perhaps this mini-series is best known for its use-slash-destruction of a significant Irwin Allen prop. The producer was big on recycling, and an original Seaview submarine prop was remodeled to make the Nautilus.

5. Hanging by a Thread 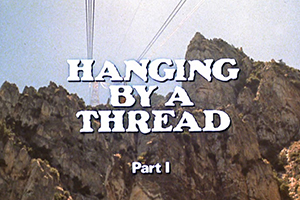 After Flood! and Fire! it's a wonder that Allen didn't call this production Cable Car! Patty Duke and Bert Convy are some of the folks stuck suspended in the air. The TV movie originally aired in two parts, over two nights.

Someone has to put out the Fire!s. Allen returned to series television with this chronicle of a Los Angeles Fire Department battalion chief, played by Lorne Greene. Code Red kicked off ABC's Sunday primetime schedule, leading into Today's FBI and The ABC Sunday Night Movie. Due to its family-friendly slot, episodes ended with fire safety tips. 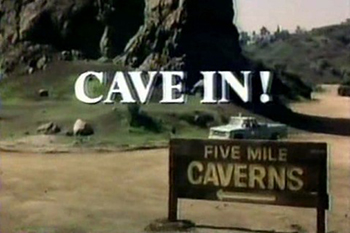 Ah, the exclamation point returns! This popcorn flick about — you guessed it — a cave-in featured Dennis Cole and Leslie Nielsen. People are trapped underground, and because this is television, one of them naturally is an escaped fugitive. Allen produced the film in 1979, but it was canned until NBC aired it in 1983. 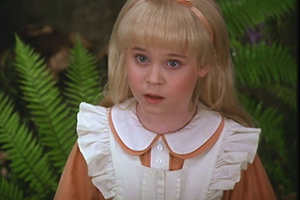