8 defunct record store chains you will never shop at again

Peaches, Strawberries, Coconuts — buying music will never be so sweet. 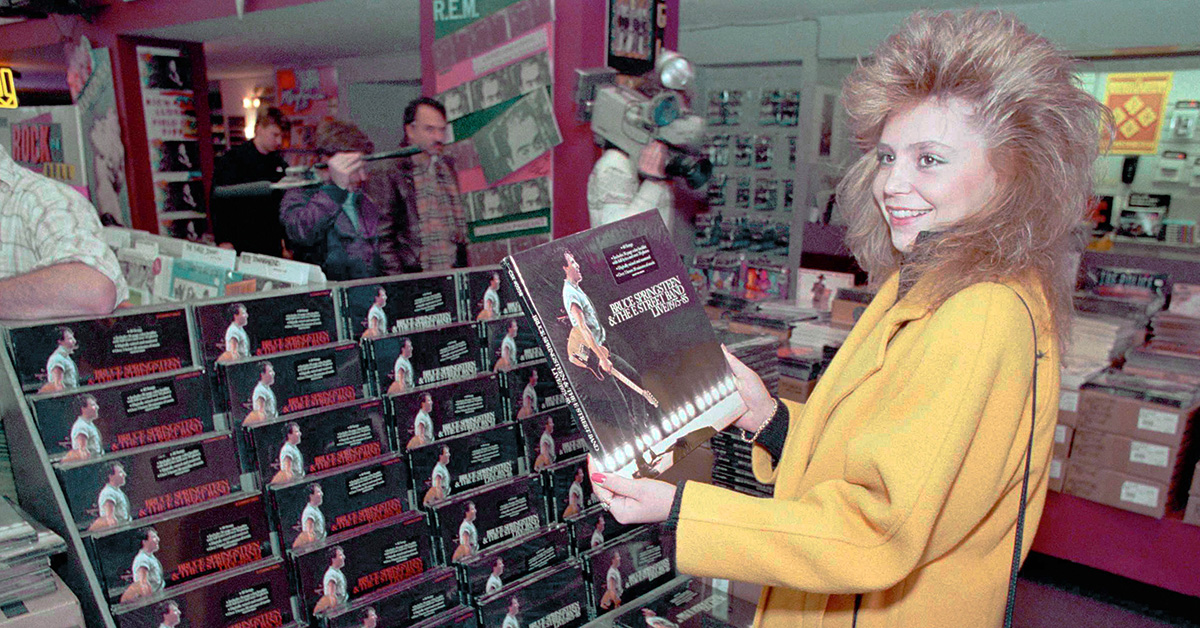 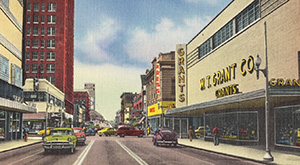 9 five-and-dime stores we wish were still around

What was it with fruit and record stores? In the 1980s, no matter where you were in the country, odds are you could find that new Billy Joel cassingle at a music retailer named after produce — Coconuts, Peaches, Strawberries.

In the early decades of rock & roll, if you wanted to pick up a 45 or LP, odds are you picked it up off a rack at a store like Woolworth's. According to the book The Recording Industry, even as late as the mid 1970s, about two-thirds of all records were sold through "rack locations." Otherwise, you'd hit the local independent shop. It wasn't until the late '70s, early '80s that record store chains began to proliferate.

Despite the variety of fruit-flavored names, most of the chains were eventually operated by one company, Trans World Entertainment, who snatched up most of the regional brands below.

Let's take a stroll through the malls of the past! Where did you shop for music? 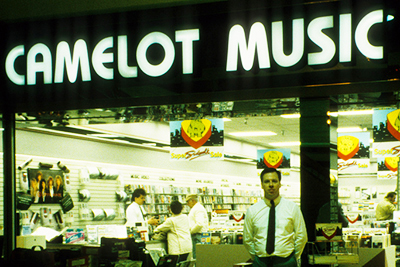 If you were lucky enough, as we were growing up, your local Camelot had a medieval castle facade. It brought a nice Arthurian vibe to the mall. In the late 1970s, Camelot also tried to launch a chain of free-standing brick-and-morter stores called Grapevine Records and Tapes. 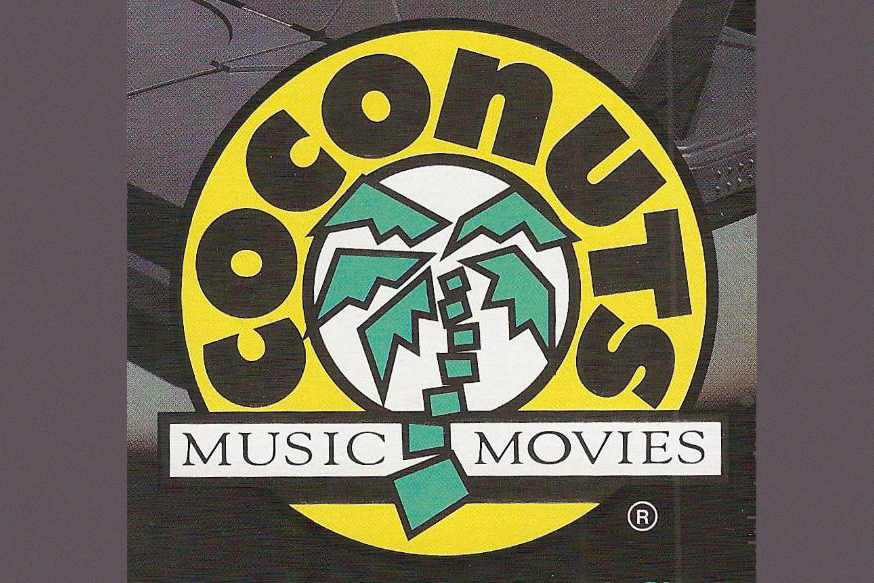 Folks in the Chicago area will remember this spot for CDs and tapes. The chain eventually expanded to other states. 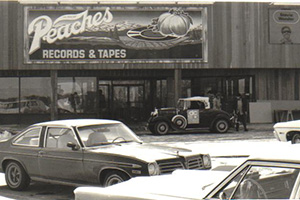 Was there a better place to pick up the Allman Brothers' Eat a Peach? The store even had a similar vintage farmstand look to its logo. The one-stop shop was known for decorating its exterior with massive blow-ups of the latest album covers. They also carried the produce theme over to the record bins, wooden crates you could purchase to store your sweet picks. 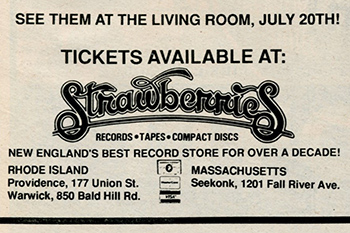 Don't be fooled by the cute name — this New England–based chain had ties to the mob. Strawberries was opened and owned by Morris Levy, erstwhile owner of Manhattan's famed Birdland jazz club and president of the Roulette Records label. In 1988, Levy was convicted of extortion in Federal court. The FBI claimed he had ties to organized crime and drug dealers. 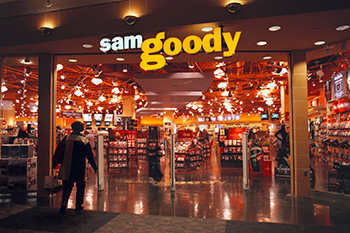 Sam Goody was one of the last on this list to survive, as the mall chain made it into the new millennium before filing for bankruptcy in 2006. The slogan proclaimed "Goody got it," and indeed the company was able to lure big names to its New York City store. Even Laverne & Shirley showed up to sign copies of their record in 1976. 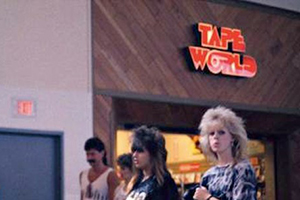 With its arcade-like logo, Tape World was one of the hot spots for music in the 1980s. Just consider the name itself — Tape World didn't have the foresight to include CDs or the hindsight to include records. They were all in on cassette tapes. 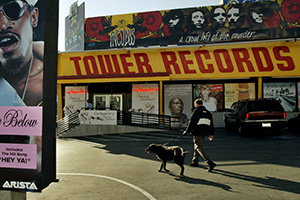 Tower was one of the last giants. Its strength was in its stock, as the big retailer was able to carry seemingly every title, including a healthy selection of imports. 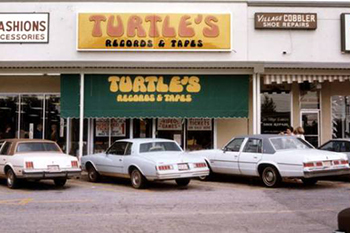 Those from the Atlanta area undoubtedly picked up some wax from Turtle's. The chain expanded around the Southeast. We remember showing up to one for a Rolling Stones Voodoo Lounge release party back in the day. 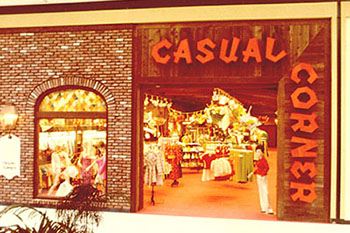 Malls are just not the same without Hickory Farms and Gadzooks. READ MORE

RobChapman 10 months ago
We had a couple other noteworthy chains here in the SF area. Rainbow Records, which had the slogan "Wherever you go, you'll find a Rainbow" (this is not the same Rainbow Records that comes up in Google or Youtube searches) and The Record Factory ( I did manage to find a vintage commercial for them, see below)

idkwut2use 19 months ago
Being 32, Sam Goody is the only one I’ve been to. ^^
Like Reply Delete 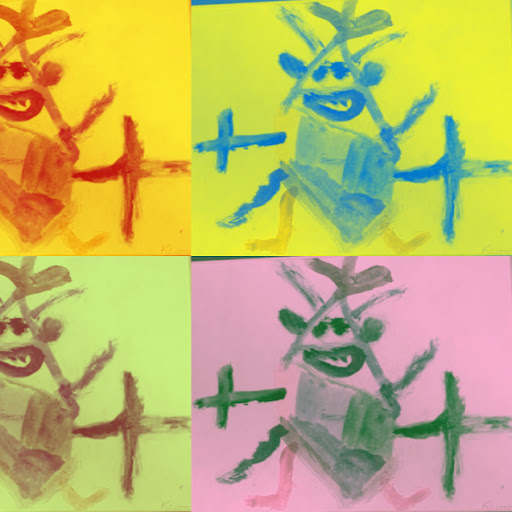 maurerkl 20 months ago
There's still a Coconuts open in Evansville, IN.
Like Reply Delete

rush21121322 33 months ago
Probably not. They still operate the stores FYI. Here in Atlanta we were lucky to have Turtles and Peaches along with the basic mall stores (Camelot, etc.). We also had the famous local Rhythm City Music Store in the Buckhead district that eventually was swallowed up by Guitar Center.
Like Reply Delete

jeopardyhead 36 months ago
I think the name of the place I went to more often than any other was Musicland. My older brother often went to Goodwill, and bought a lot of 78's. So, does Trans World Entertainment have any association with Trans World Airlines?
Like Reply Delete