Alan Alda with an invisible baby! Leonard Nimoy stranded in the Andes! 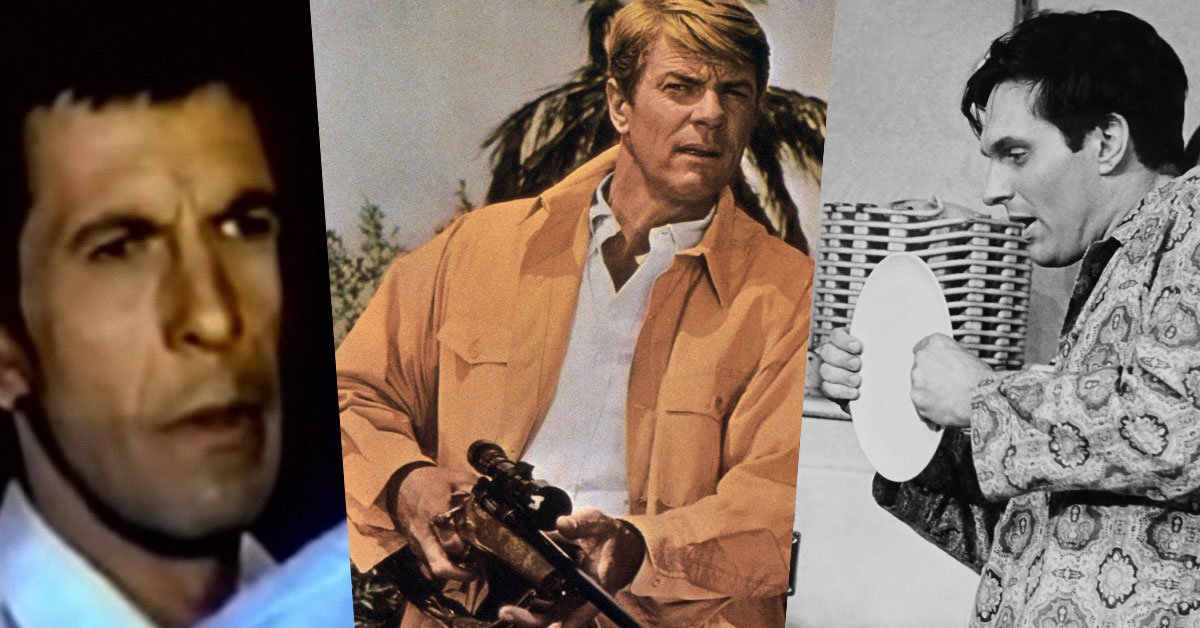 The year 1966 was perhaps the most unique, zany, influential, silly, profound year in television history. Just look at what the networks premiered.

Star Trek began its voyage. The camp Caped Crusader battled Egghead on Batman. The Monkees blurred the line between reality and fiction — before eventually going on to outsell the Beatles at the record shops in America.

Alien paranoia captured the zeitgeist (and architect) on The Invaders. Elsewhere, you had The Green Hornet, The Time Tunnel, The Dating Game, The Saint and The Smothers Brothers Comedy Hour, not to mention curiosities like It's About Time and Run, Buddy, Run.

And those were just the new shows. Old favorites like Gilligan's Island, The Andy Griffith Show, The Fugitive, Lost in Space, F Troop, That Girl, The Wild Wild West, Hogan's Heroes continued their success.

If concepts that creative made it to the air, imagine what didn't make it.

Well, these six shows, to name a few. Yes, these were all real, filmed TV pilots. Most of them aired at some point, tossed into an anthology show or TV movie slot.

They also starred some MeTV favorites. Let's take a look. (Note: Because these are so rare, in most cases it is challenging to find images from the productions. We have used shots of the actors in other contexts from that era in some cases.) 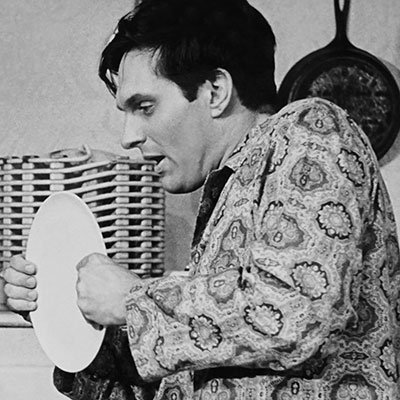 Screen Gems, the studio behind Bewitched, attempted another fantasy comedy… with a future M*A*S*H icon. Alan Alda was Arnold Barker, a young father who steps out for the morning newspaper only to stumble upon an invisible alien baby on his doorstep. (Hey, there's a way to cut the show budget.) He and his wife (Patricia Smith) adopt the kid and name him "Everett." 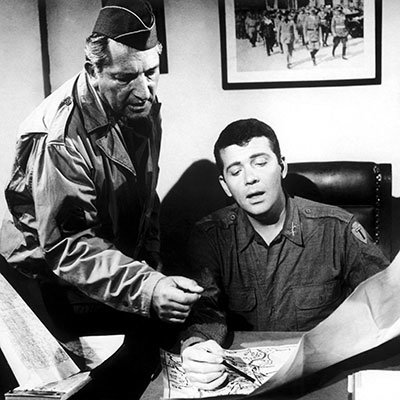 Military sitcoms were quite popular at the time, so much so that Hogan's Heroes was not the only network comedy attempted in a World War II prison camp. NBC attempted a very similar show in 1966 set in an Italian war camp called Campo 44. That pilot failed. So did this, another WWII sitcom set behind enemy lines in Italy. Robert Reed (soon to become Mike Brady) headlined as Lt. John Leahy. It eventually aired as "Somewhere in Italy, Company B," seen here, as part of Preview Tonight, ABC's testing ground anthology series. 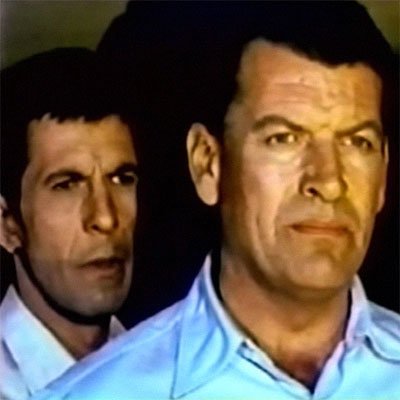 Mission: Impossible and Star Trek might have looked very different had this disaster-adventure series become a hit. Peter Graves, who quickly joined the cast of Mission: Impossible as Jim Phelps, starred in Stranded as a big-game hunter and author (pictured in the main image, middle, up top) who finds himself fighting for survival with other airplane passengers in the Andes after their flight goes down. Leonard Nimoy played a Miami lawyer named "Spence," not Spock. The survivors must fend for themselves in Incan ruins. The studio padded out the episode with 40 minutes of extra footage and released the thing theatrically, retitled Valley of Mystery. That also bombed. 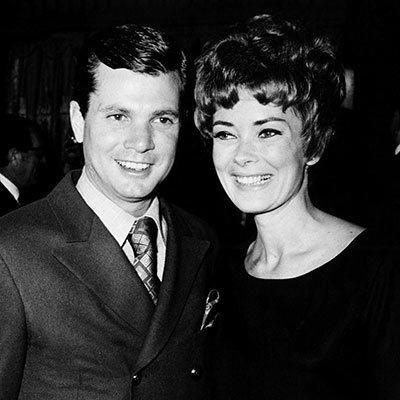 Dwayne Hickman had warmed his way into viewers' hearts as Dobie Gillis on The Many Loves of Dobie Gillis. This attempted comeback would have left folks scratching their heads. Hanna-Barbera (yes, the cartoon people) produced this sitcom about a lawyer, Hickman (seen here with a wife on the red carpet), who helps a 140-year-old (that is not a typo) Native American chief regain his legal rights to the island of Manhattan. 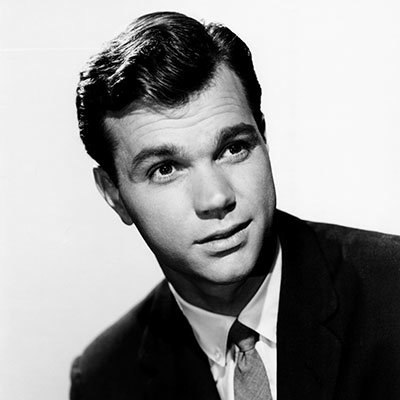 Not to be outdone by his younger brother, Darryl Hickman had a wacky sitcom of his own, which had an indirect link to Hanna-Barbera. You see, Good Old Days was, in essence, an attempt at a live-action Flintstones. The plot centered around a teenage caveboy named Rok (Hickman) who falls for a cavegirl named Pantha (Chris Noel). Other shaggy characters included Ugh, Soc, Kook, Slag and Brute. We really wish we could see this somehow. Alas…

6. Walk in the Night 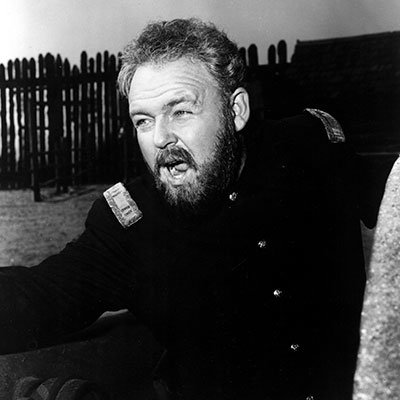 Hollywood legend Robert Altman produced and shot this action pilot starring Carroll O'Connor (who would later headline the similarly titled In the Heat of the Night). O'Connor played a detective working for G.L.I.B. (Great Lakes Interstate Bureau) who is chasing down a Swedish sailor who jumped ship with a bomb. The most interesting thing about it, perhaps, was the realism, as the pilot was shot on location around Chicago at night.

ELEANOR 29 months ago
Speaking of military sitcoms, there's "'Allo 'Allo" from the UK which was done back in the '80's. It takes place in a small cafe in Vichy France during WWII with Rene, the cafe owner; Nazis (with a very satirical slant), clueless British spies, the Resistance, and many others.
Like Reply Delete

Lacey 35 months ago
Valley of Mystery can be found here;
https://www.youtube.com/watch?v=HIRBnH5MJBA
Like Reply Delete

DavidBartholomew 35 months ago
Mid 60s, TV sitcoms were changing from gimmick/fantasy to realistic/everyday. Gimmicks were Witches, Genies, Girls with Something Extra (esp), flying nuns, and moms reincarnated into cars.

Most of these weren't really bad, just silly, escapism. Which, in the days of Bomb Shelters, and duck and cover, the public wanted.
Like (1) Reply Delete

JRDavidd DavidBartholomew 34 months ago
In the mid 1960's LSD was still legal so that may explain some of the TV show plots...
Like Reply Delete

Mike 35 months ago
In the '60s, I was in high school.
As it happens, I was able to watch "We'll Take Manhattan" and "The Good Old Days" in their original network one-shot airings.
Two Years Apart.
'66 for "Manhattan", '68 for "Days".
Dwayne Hickman starred in BOTH OF THEM.
Check any reputable reference work.
Like Reply Delete

BrendaGast 35 months ago
I would have loved to see Where’s Everett? and The Good Old Days!
Like Reply Delete

Utzaake 35 months ago
"The year 1966 was perhaps the most unique, zany, influential, silly, profound year in television history." One can say with confidence that 1966 was the first year of the modern era.
2. Harold J. Stone sighting.
3. Richard Egan sighting.
Like Reply Delete

RobertMayer 35 months ago
Interesting about the show Walk In the Night. M-Squad was filmed in the same manner since Chicago didn't like to issue film permits to shows.

RickBox 35 months ago
The Monkees never outsold the Beatles - Mike Nesmith made that up, and people believed it.
Like (1) Reply Delete

DaleOverturf DaleOverturf 35 months ago
THE MONKEES OUTSOLD THE BEATLES AND THE ROLLING STONES IN 1967.

Yes, you read that correctly. In 1967, the year of Sgt. Pepper’s Lonely Hearts Club Band, Between the Buttons, and Their Satanic Majesties Request, The Monkees outsold both The Beatles and The Rolling Stones—combined. Probably because neither British band had a hit TV show on its hands. Pretty impressive considering, at least in the beginning, as discussed at length in Monkee Business, The Monkees were a manufactured group whose only contributions to the records were their voices.
Like Reply Delete

JRDavidd RickBox 34 months ago
You are aware Mr. Nesmith appeared on the Beatles SGT Pepper Album, he played guitar on a day in the life, too bad none of the Beatles appeared on a Monkees. Also David Crosby auditioned for the Monkees and when he didn't get chosen he sent his then roommate Peter Tork to audition.
Like Reply Delete

ELEANOR 35 months ago
These shows were so terrible I had trouble getting past the first sentence in the description.
Like (2) Reply Delete

bnichols23 35 months ago
Huh-boy. Total losers, every single one. Then again we did also have crap that made the cut (temporarily), "It's About Time," "Captain Nice," & "Mr Terrific," so.....
Like Reply Delete

Martin 35 months ago
"Tonight on GOOD OLD DAYS, Rok gets offended when an insurance company's commercial says that saving money with them is so easy, a caveman could do it!"
Like (6) Reply Delete

cperrynaples 35 months ago
Interesting that Good Old Days was rejected but CBS picked up It's About Time, which was Officer Toody as Fred Flintstone!
Like (1) Reply Delete

bnichols23 rhoters 10 months ago
"It's about time, it's about space, it's about two men in the strangest place..." GAWD, I'm ashamed I remember that. Not so much "remember," as "Can't Get The Blasted Thing Out of My Head." -laugh-
Like (1) Reply Delete

Pacificsun bnichols23 10 months ago
Makes you guess, these shows started with a catchy song, then built the show around it! LOL!!!
Like (1) Reply Delete

bnichols23 Pacificsun 10 months ago
Some of them, I can believe it!
Like Reply Delete